Securing water, energy and food for people in Central Asia

Population growth, regional socio-economic development, climate change as well as changing consumption patterns contribute to increased demand for water, energy and food in Central Asia. Multi-sectoral cooperation and planning, both national and regional, would help address these challenges in a sustainable manner. This could be achieved through the nexus approach. 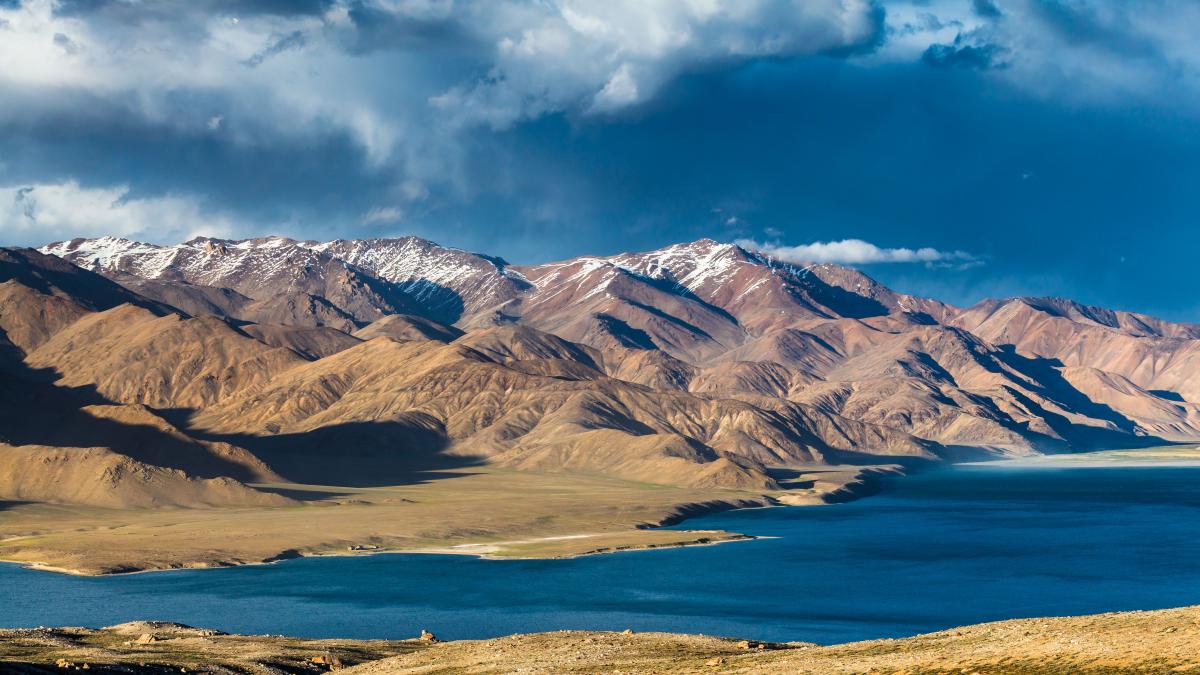 Yashikul Lake in Pamir in Tajikistan 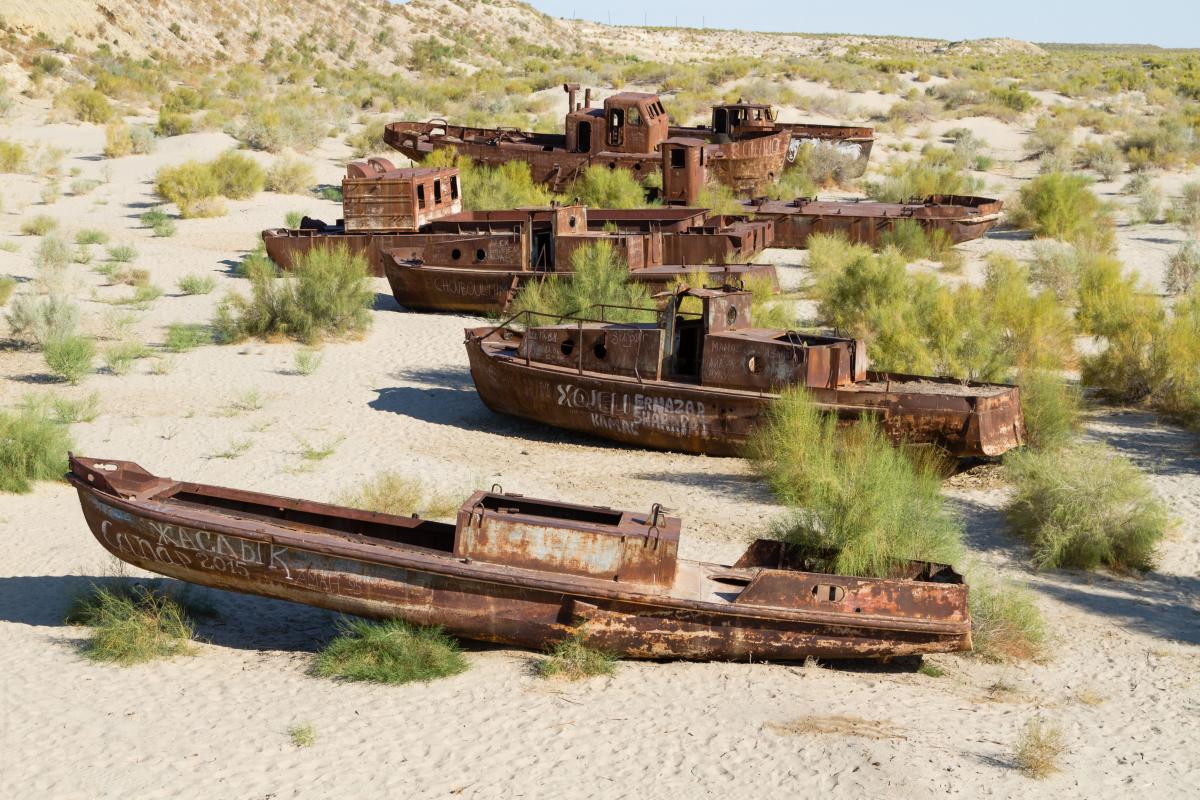 Compared to other regions, where nexus approaches have found broad political interest and endorsement, the Water-Energy-Food nexus concept is still in its infancy in the Central Asian region. For instance, Southern Africa under the Southern African Development Community (SADC) has embraced the Water-Energy-Food nexus since 2013, at its 6th Multi-Stakeholder Water Dialogue on Water, Energy and Food Nexus. Since then, the nexus has grown as a viable planning and decision-making approach in the region.

Viewing complex challenges from different sector perspectives is critical to achieving water, energy and food security. It allows Central Asian countries to tap into an entirely new array of options, scenarios and opportunities. It calls for hybrid approaches that stem from the experiences and expertise of the different stakeholder groups involved in dialogues.

As natural resource endowments across the region are highly imbalanced, competition between water for energy production and water for irrigation are prominent. Water is one of the most important resources for the socio-economic development of the countries. Agriculture is the largest water consumer, absorbing around 90% of freshwater withdrawals. This makes the agricultural sector highly important for securing employment, income and livelihoods for the local population.

The largest volume of renewable internal freshwater resources per capita is available in Kyrgyzstan and Tajikistan, both relying mostly on hydropower to meet their energy needs. Kazakhstan, Turkmenistan and Uzbekistan on the other hand, depend on stable river flows from the two main rivers – Amu Darya and Syr Darya – for agricultural activities. Due to their large deposits of fossil fuels, mainly coal and gas, these three countries are not vulnerable to seasonal variations for their energy production.

Historically, Central Asian states are well versed in sharing resources. In the Soviet era, the allocation of water and energy was controlled centrally as part of efforts to maximise agricultural production. Kyrgyzstan and Tajikistan made available water during harvest season, while Kazakhstan, Turkmenistan and Uzbekistan supplied coal, gas and electricity during the winter months. However, the collapse of the Soviet Union also brought an end to these regional resource sharing arrangements.

Experience from the EU-funded Central Asia Nexus Dialogue Project, implemented jointly by CAREC and IUCN, shows that dialogue between sectors and countries creates the necessary space to start developing a common language and discuss management options for a sustainable and secure future by considering the needs of energy, food and water users.

Innovative pathways are needed today to enable joint planning and decision-making – between sectors and countries. The nexus approach is particularly powerful. It serves as a communication tool to congregate all relevant actors to discuss, negotiate and decide jointly on challenges affecting the water, energy and food sectors.

As highlighted in the visual story on Fostering water, energy and food security in Central Asia, the nexus approach addresses a number of challenges faced by Central Asian states, including:

The efforts made by the Central Asia Nexus Dialogue Project to build capacities on the Water-Energy-Food nexus and to bring perspectives of the water, energy and food sectors around one negotiation table have already started to bear fruits. The Water-Energy-Food security nexus is included in the concept of the fourth iteration of the Aral Sea Basin Programme (ASBP-4), a long-term action programme for the region focussed on solving water, socio-economic and environmental issues. It encourages countries to propose projects that consider benefits for other sectors of the economy for inclusion in the programme. A list of nexus relevant projects for inclusion into ASBP-4 is currently under development.

“The multi-sectoral approach is now getting more recognition worldwide as a useful tool to be applied at best during the planning stage. The project keeps enhancing our knowledge and enabled us to develop the draft Nexus Roadmap for our region. Most importantly, the Water-Energy-Food Nexus approach could help us find the optimal trade-offs between the competing sectors to mitigate the consequences of the Aral Sea catastrophe," said Bolat Bekniyaz, Head, Executive Board of the Republic of Kazakhstan of the International Fund for Saving Aral Sea.

Building on these achievements, an analysis of institutional arrangements in the region led to a number of recommendations to further advance grounding the Water-Energy-Food Nexus in Central Asia. These recommendations mainly focus on moving nexus discussions in Central Asia from dialogue to action and demonstrating the relevance and added value of applying nexus approaches, for instance through small-scale pilot projects. More needs to be done to create an enabling political and institutional environment in order to overcome the currently dominant water-centric approach in dealing with transboundary challenges affecting water, energy and food sectors.

Continued dialogues will further stimulate the mobilisation of needed innovation, exploration of new investments and help overcome a number of the challenges related to critical trade-offs, with the ultimate goal of increasing water, energy and food security for all countries of Central Asia.