As UNEA5 kicks off, ground-breaking Plastic Pollution Hotspotting Results Published for Seven Countries in Asia, Africa, and the Mediterranean

During this week’s United Nations Environment Assembly (UNEA5), there is a focus on marine plastic pollution which continues the discussions that began at UNEA 1 in 2014. In order to mitigate plastic pollution, countries need to be able to identify where and how the plastic pollution is occurring. The publication of ground-breaking work by IUCN Plastics with UNEP in seven countries to date demonstrates a methodology that allows countries to find and understand the scope of plastic pollution hotspots by polymer type, sector, application, region, and waste management areas– including assisting national governments to formulate clear actions to reduce plastic leakage. 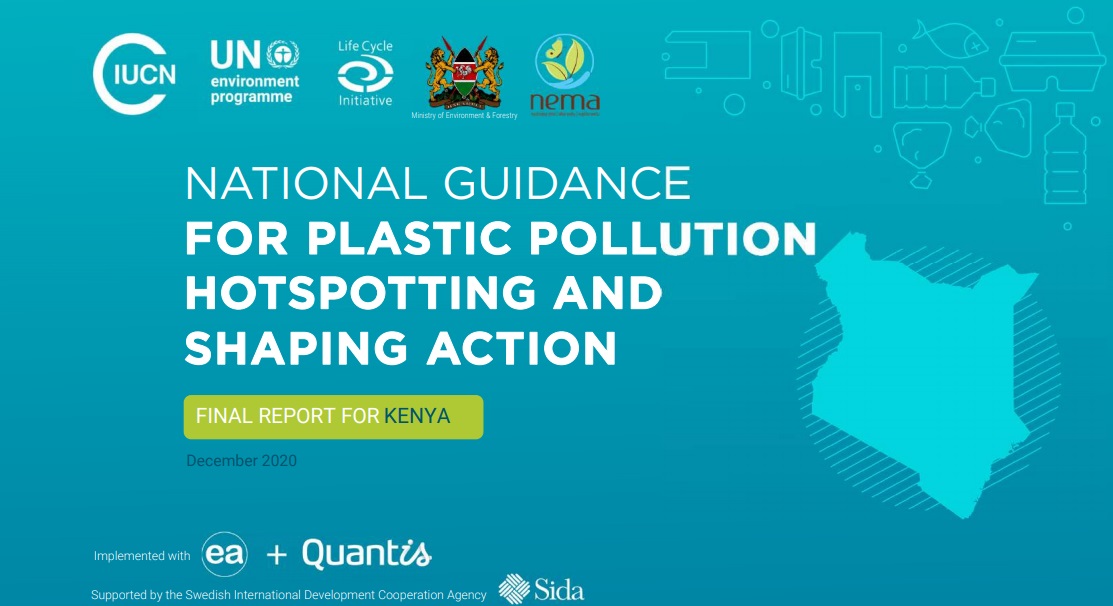 We know that plastic pollution to our ocean is a problem:

Based on a projected annual increase in global plastic production of 4%, the importance of a harmonised methodology to detect plastic waste and leakage, and their associated impacts, is critical. Identifying and addressing the challenge of plastic leakage requires stakeholders from various levels to join forces to understand and benchmark the leakage hotspots and bridge the data and knowledge gaps. “Where is it leaking, what is leaking, how is it leaking, and why is it leaking?” are the key questions to ask when approaching a plastic pollution assessment, whether it is at municipal or national level.

The IUCN-UNEP National Guidance on Plastic Pollution Hotspotting and Shaping Action and its associated tools are the basis of  national hotspot assessments for Kenya, Mozambique, South Africa, Thailand and Viet Nam, and were also applied in Cyprus and Menorca.

These seven studies were part of a systemic approach to address plastic waste and leakage, and used the available data and information for the research. Each study identified a range of plastic leakage hotspots at the country level. The reports provide a visual analysis and key interpretations across five categories in which plastic leakage hotspots are prioritised. Interventions and instruments to begin to change the situation are included in the reports for consideration by national decision makers and sector practitioners. The proposed interventions are meaningful actions based on the actionable hotspots and, with the example instruments, give national decision makers a means to implement and monitor progress of suggested interventions.

The primary aim of the reports is to demonstrate the areas where actions can be taken to address plastic leakage – providing guidance, tools, and examples to close the plastic tap at the national and regional level. The Guidance and the pilot reports can be used as national baseline for other countries. The reports were created with input and a review of results from national stakeholders during virtual workshops in 2020.

These reports were implemented by Quantis EA, and realised through generous support of the Swedish International Development Cooperation Agency, Sida., and the Didier et Martine Primat Foundation

These project reports are part of the IUCN Close the Plastic Tap programme.

If you wish to know more about applying the Guidance, please reach out to us:

In 2017, with generous support from the Swedish International Development Cooperation Agency (Sida), IUCN launched the Marine Plastics and Coastal Communities initiative (MARPLASTICCs), an initiative in Africa and Asia that works in five countries: Kenya, Mozambique, South Africa, Thailand, and Viet Nam. The project consists of four pillars: capacity building through circular economy projects, production of knowledge products – including the national guidance and reports on plastic pollution hotspotting, economic and regulatory policy analysis in each country, and connecting with the private sector with a business component to help businesses identify plastic leakage in their value chains.

About Marine Litter in the UN Environmental Assembly and UNEA5

The United Nations Environment Assembly (UNEA) is the world’s highest-level decision-making body on the environment, with a universal membership of all 193 Member States. UNEA 5 takes place 22-26 February 2021 in Nairobi, Kenya. The ad hoc open-ended expert group on marine litter and microplastics was established at the third session of the UN Environment Assembly in response to UNEP/EA.3/Res.7 Marine Litter and Microplastics. At the fourth session of UNEA, the mandate of the expert group was extended, pursuant to operative paragraph 7 of resolution UNEP/EA.4/Res.6 Marine plastic litter and microplastics