To Remain or Retreat? A Consideration of Climate Migration in Hawaiʻi

CEESP News: Bella Pucker, CEESP member and Kealoha Fox, Senior Advisor to the Institute for Climate and Peace and Climate Commissioner at the American Academy of Arts & Sciences.

Climate change, arguably the most pressing geopolitical issue of the twenty-first century, will exacerbate migration trends and create entirely new drivers of movement. Pacific Island Countries and Territories, which include the Hawaiian Islands, are considered some of the most geographically vulnerable regions to climate change and, therefore, are one of the first regions to experience large numbers of climate migrants. Residents will be faced with the question of whether to stay put or migrate elsewhere, a question built upon unique social and psychological factors. Climate-induced migration to and from islands is an important area of focus to promote actions that respect social, cultural, environmental, and economic justice concerns of human societies. 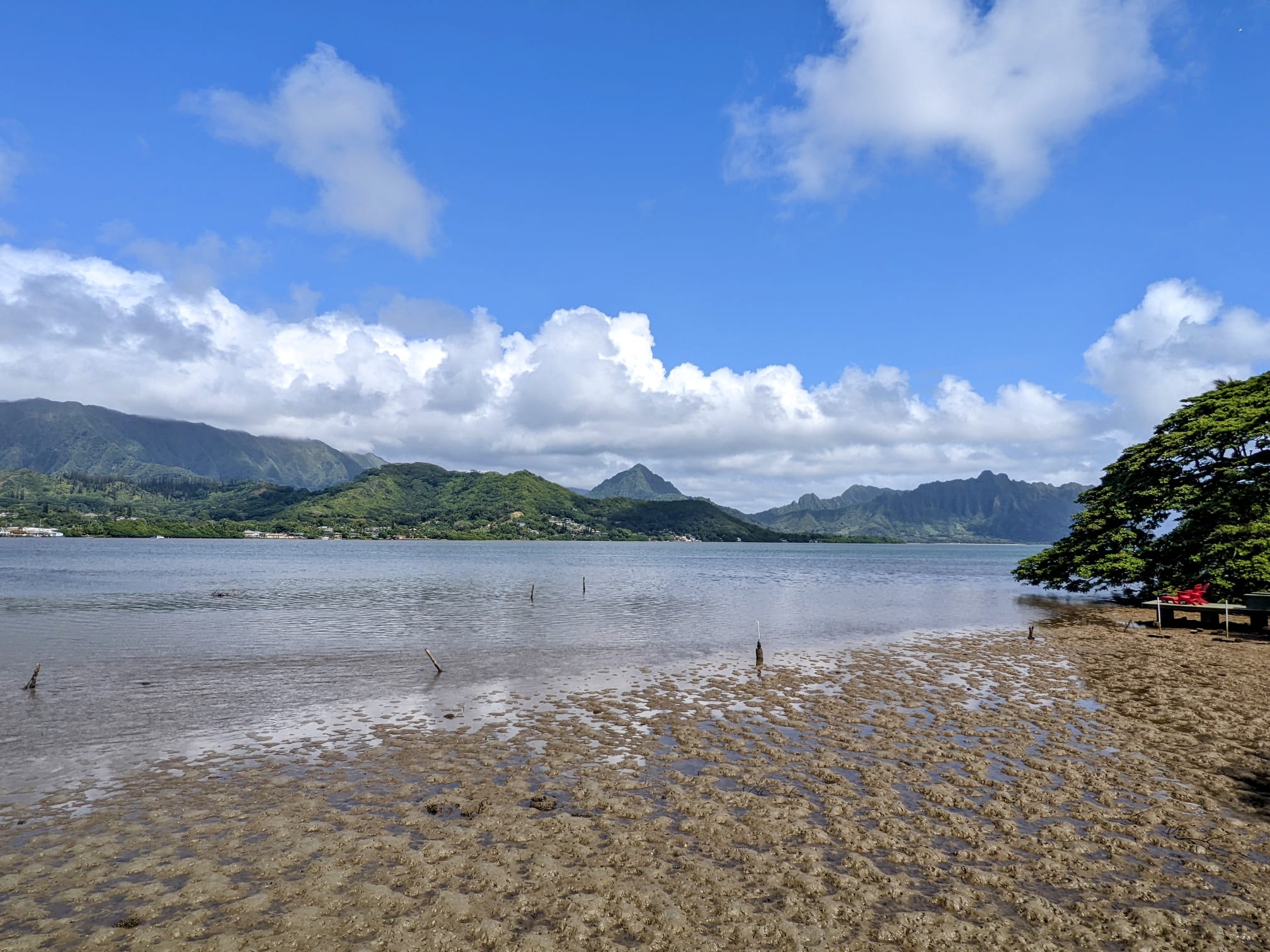 Photo: The ancient Hawaiian site of Kahouna Fishpond in Kāneʻohe Bay on the windward side of Oʻahu (Photo Credit: Kealoha Fox).

Climate change is boundary-less, extending to even ourselves, our bodies, and our psyche. Polluted air and water can make us sick, hurricanes and wildfires can paralyze us, and changing environmental conditions can threaten generations-old kinship to land. Each of these injuries is damaging in its own way, yet the social and psychological dimensions of climate change are often overlooked by conventional research since they are less immediately visible and difficult to quantify.

We have spent the past year researching the social and psychological factors that motivate decision-making in the context of climate change and migration in the Hawaiian Islands. Islands worldwide—home to 11% of the global population—are projected to be particularly hard-hit by rising seas and other climate threats. As coastlines recede and land masses disappear, many of these island communities will be forced to face a difficult question: do we remain or retreat?

Our research has focused specifically on the factors that underlie coastal residents’ decisions to consider relocation as an adaptive strategy to climate change. Last summer, I (Bella) had the privilege of speaking directly with residents of Hawaiʻi. As I sat at home in Massachusetts connecting over Zoom with individuals halfway across the globe, I was able to viscerally grasp the reality that climate change is a universal phenomenon. While I listened to interviewees’ tales of trauma and despair associated with the climate impacts in the Pacific, I personally experienced the hurricanes that ravaged the East Coast of the United States, and saw media coverage of the wildfires that devastated the West. These concurrent catastrophes helped me to more fully appreciate the far-reaching, unforgiving nature of the current crisis we have wrought on the planet. Yet the stories of community resilience and belonging offered comfort against this backdrop of alarm. Such environmental or social connection is rarely included between the researcher and their subject, yet with climate change, we are all intimately connected to shape a sustainable future.

While climate change is a global issue, each geographical place experiences its impacts differently and is worthy of inquiry. People are bonded to place. This connection is epitomized by the term “place attachment.” Place-specific research conducted within an archipelago reveals that this is particularly true in a place like Hawaiʻi. Here, the remote nature of the islands paired with Native Hawaiian and Pacific Island Traditional Ecological Knowledge (TEK) inspires a deep and layered understanding of the natural landscape in the Pacific. The isolation of the islands demands self-reliance, which has given rise to intricate and involved knowledge systems of the islands and their physical landscape. Moreover, Native Hawaiian TEK is centered around the understanding that people and the environment are interconnected in reciprocal relationships. A framework of kinship is used to illustrate the inseparability between humans and the natural world. One participant spoke to this inextricable relationship: "In Ōlelo Hawaiʻi, in our language, we have no word for nature. Because nature wasn't separate. Āina is land, but nature is not something separate, nature is not something you experience."

While place attachment is, by definition, a dynamic bond (since places and people are constantly evolving), climate change poses a major threat to this connection. Islands in the Pacific Ocean are one of the first regions worldwide to contend with sea level rise and coastal flooding. The impacts of rising seas will be felt in many ways, ranging from saltwater intrusion, to increased erosion, to changing fish migratory patterns, and to damaged reef ecosystems. Other threats such as wildfires, extreme heat, and drought are also very real for inhabitants of the Hawaiian Islands. These challenges will be compounded by the islands' remoteness, narrow economic bases (e.g. tourism), low living wages, and high dependence of foreign aid (in the Pacific region, aid amounts to 7% of the region’s GDP). At the same time, the Hawaiian and Pacific Islands are poised as models for other regions worldwide–they are low emitters of greenhouse gas emissions, have set ambitious climate targets, and have demonstrated outsized political influence in the global climate agenda while revitalizing their traditions.

The findings of our research indicate a positive correlation between place attachment and risk perception: residents of Hawaiʻi are deeply connected to their place and are therefore also highly attuned to the risks posed to their environment and community. Their intricate understanding of the environment translates to an almost innate recognition of the changes that the land is undergoing. This, in turn, leads residents of Hawaiʻi to support adaptive measures to combat climate change and ensure that their community and way of life remains intact. However, adaptation that requires relocation–climate migration–was not considered a viable option for these residents. These residents are connected to their home communities in such a way that relocation seemed inconceivable.

Beyond discussion of the geophysical and geopolitical repercussions of migration, the psychological dimensions that underpin climate change decision-making must also guide policy and action. Drawing attention to the nonphysical aspects of the climate crisis is essential to assure that coastal residents, especially those on islands, remain strong and resilient to battle decades of pending challenges.