Gabura to Glasgow: Act on climate change and biodiversity loss

The people of the coastal area in Bangladesh survive by constant struggle with cyclones, tidal upsurges and floods. Almost every year the river-embankments in the coastal areas are damaged and flooded due to frequent hits these natural calamities. The severity and frequency of natural disasters is increasing, which causes massive biodiversity loss and imbalance in the ecosystem in the Sundarbans— the largest single tract contiguous mangrove forest in the world. As a result, life and livelihood of the people in the coastal belt of Bangladesh is in distress. They, therefore, want to witness walking the talk. The COP-26 in Glasgow must hear the voices of climate-endangered people and take effective measures. 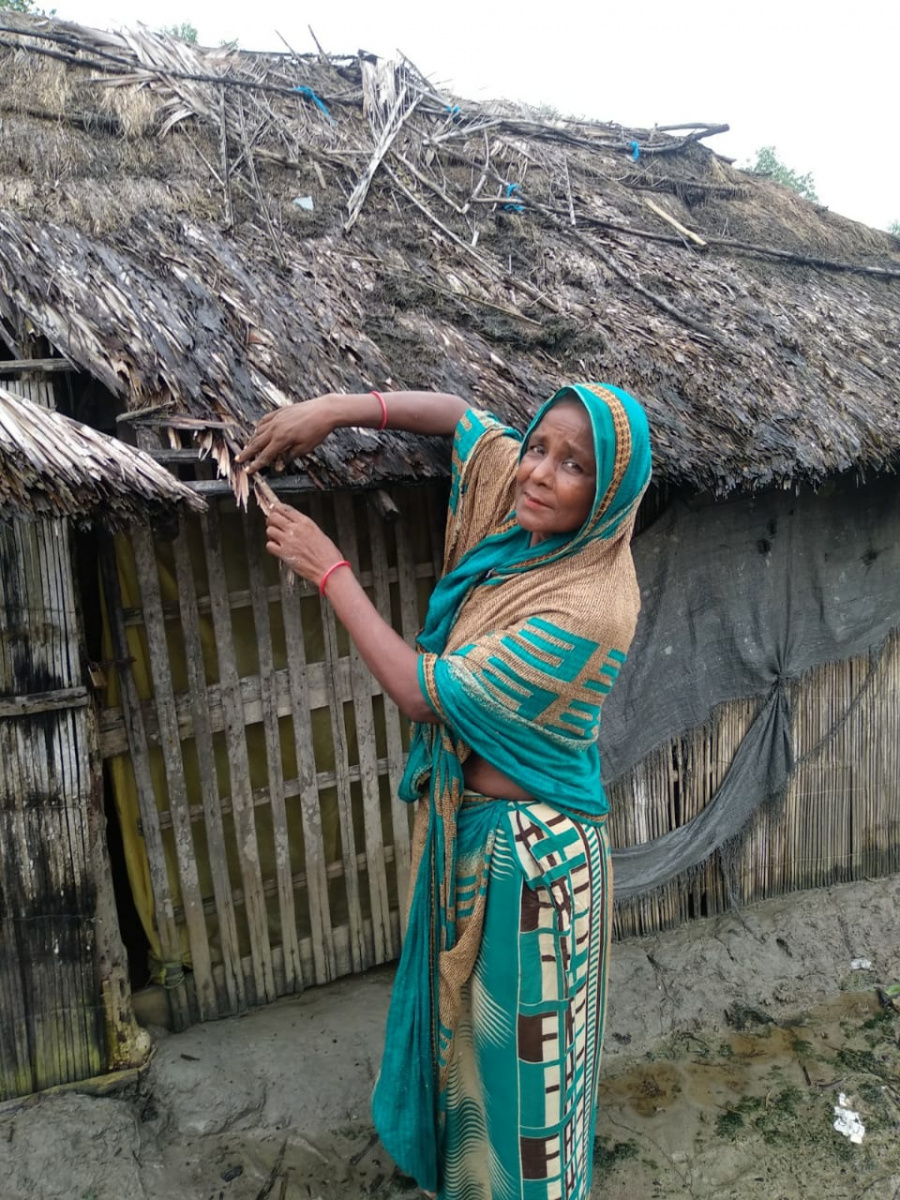 Saidul Gazi, a local fisherman of Gabura union at Satkhira district in Bangladesh, found his crop land full of salinity, and thus uncultivable after cyclone Aila in 2009. The recent cyclone Yaas has caused another devastating impact on his crop lands. Now paddy is no longer cultivated in these lands. Liaquat Mollah, another local farmer said to the researcher of Unnayan Onneshan, “crops and plants do not grow well anymore due to the increase in salinity from successive tidal surges in Gabura. Green plants and fresh water are decreasing day by day”.

Gabura is a coastal char land separated by rivers from the mainland. Cyclones, tidal waves and floods are the constant companions of the people here. This place is getting smaller and smaller due to the continuous erosion of the river. Hamida Khatun, a woman of this locality, told the researchers about the plight of the residents here. According to her experience, the embankment was destroyed by cyclone Aila and entire Gabura was submerged in salt water. Since then there has been a severe shortage of drinking water. The water level is not available even at a depth of 250 to 300 feet. Gabura has only one deep tube well for 39,000 people. Most of the families depend on drinking water collected directly from ponds. Nazma Begum, another local woman said, “when the water of the pond became salty due frequent storms and tidal upsurges, the situation became more deplorable. We have to run for miles in search of drinking water”. Reproductive health problems of women are evident and children are malnourished. Hamida Khatun added that they could not go to the district or upazila hospital for treatment since there is lack of transportation facilities. Although services are taken from some local clinics privately, it is not adequate.

Photo: Unnayan Onneshan
The Sixth Assessment Report of the United Nations Intergovernmental Panel on Climate Change (IPCC) paints a picture of the plight of the world's climate-endangered people like Gabura. According to the IPCC report, the impact of climate change will increase cyclones, tidal surges and floods in Bangladesh and 11 other countries in the upcoming days. The report warns that the situation is now spiraling out of control.

Cyclone Aila in 2009, Sidr in 2007, Amphan in 2020 and Yaas in 2021 have caused irreparable damage also to the Sundarbans—a world heritage site and a natural shield against cyclones at the coastal belt of Bangladesh. Khalil Dhali, a traditional resource user (TRU) at Koyra upazilla of Khulna district, said that without the Sundarbans their homes would not have survived the cyclone. Although there is a lot of damage to the plants and animals of the forest, human life and livelihoods are saved.

Photo: Unnayan Onneshan
Rajab Sardar, another TRU, said that the amount of vegetation in the forest has decreased drastically. Although vegetation can be seen around the forest, there is widespread empty fallow lands inside the forest. Various faunal species are also decreasing.

The experience of Hasubibi, a TRU woman, in Koyra also bears witness to that image. She said, “I saw crocodiles floating in this river (Shakhbaria river) as a child. Dolphins could be seen. Everything is lost”. Ambia Khatun, another TRU woman, said, “now fish is not available like before in the rivers and canals of Sundarbans”. Quddus Dhali was saying, “I used to see many vultures, eagles in the forest. Now these are not seen either”.

Fighting climate change must be at the center of all policies and strategies. Sustainable extraction and use of natural resources need to be promoted instead of destruction through over-exploitation. Above all, the production system must be sustainable, green and environmentally friendly. There is no substitute for global cooperation, partnership and above all political goodwill.  The upcoming event of the UNFCCC COP-26 in Glasgow must hear the voices of climate-endangered people and take effective measures as soon as possible. 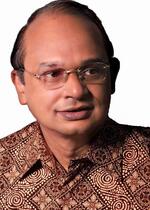 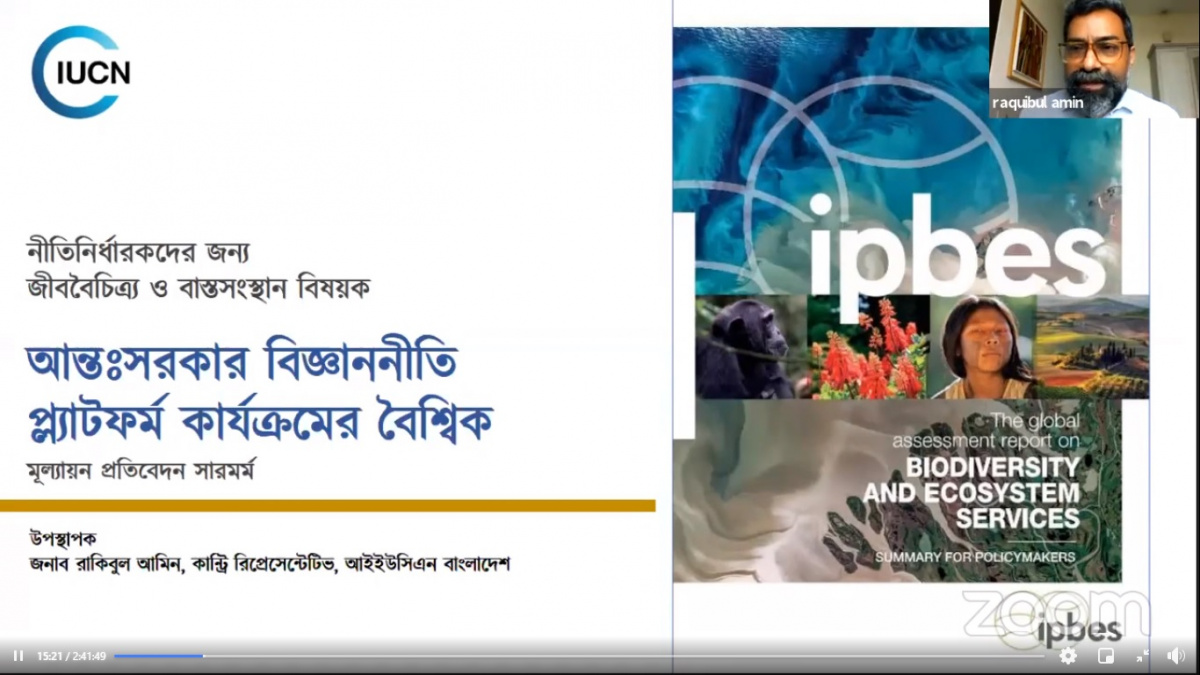