Gender is linked to the biodiversity and climate crises. When will our policies reflect this?

At the IUCN World Conservation Congress, the Union’s 1,400 Member organisations democratically determine the most pressing issues in nature conservation and agree actions to address them. But very few of the motions proposed for Congress in September 2021 meaningfully consider the connections between biodiversity conservation and gender equality. 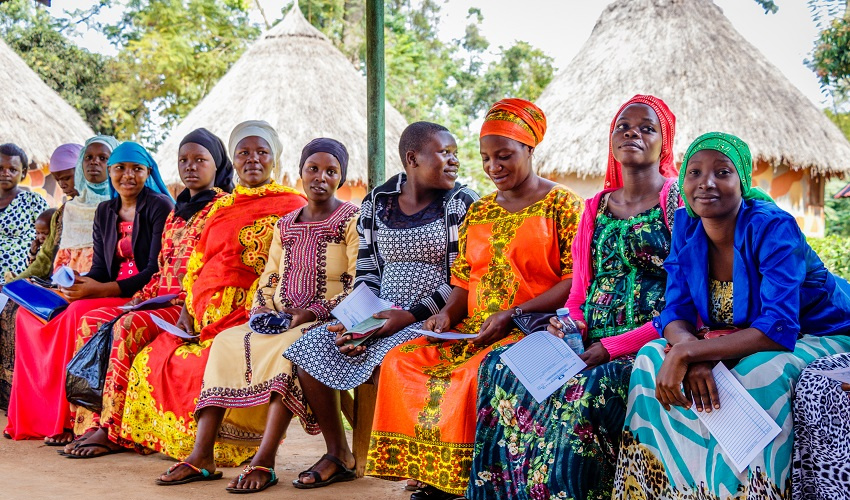 In 2020, four members of the IUCN Commission on Environmental, Economic and Social Policy (CEESP) Specialist Group on Gender undertook an analysis of the motions to be tabled at the IUCN World Conservation Congress.

The researchers wanted to establish the extent to which the motion process would enable the IUCN Membership to debate and vote on a range of biodiversity policy developments that had meaningfully taken into account some of the many significant connections between biodiversity conservation and gender equality. Their hope was that a critical mass of motions, with a genuine gender element, would be uncovered. Their further hope was that these motions’ co-sponsors could be connected so they could advocate for each other’s motions at an event during Congress in Marseille. But the idea of such an event ended long before Congress was postponed to September 2021, because the critical mass of motions simply did not exist.

The team reviewed the text of 127 of the 128 motions (motion 001 was omitted as it relates to archiving resolutions and recommendations) looking for references to “gender”. Across the 127 motions, there were five uses of “gender” in three motions. Excluding references in the explanatory text and the preamble sections to focus solely on the operative text, the count went down to three references in a single motion. That motion is motion 075 IUCN Principles on Synthetic Biology and Biodiversity Conservation. The references to gender, contained in a lengthy annex, were not included in the original motion text but added during the consultation process. This highlights the importance of IUCN Members actively engaging in these consultations.

If motion 075 passes later this year (it was not selected for the electronic vote), the only references to gender in any of the upcoming Congress resolutions or recommendations will be in a technical resolution relating to synthetic biology. 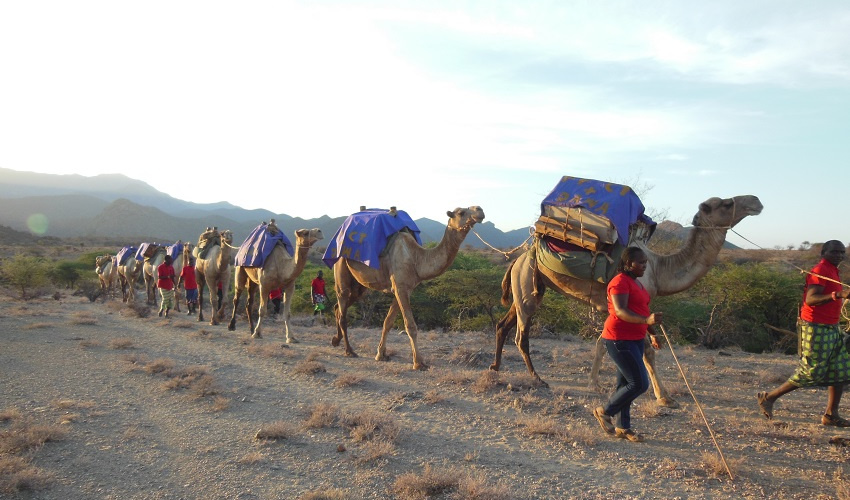 The researchers realised they needed to broaden their search criteria beyond “gender” and searched for other related key words: women, woman, girl(s), (in)equality and (in)equity. There were three references in three motions to "equality" or "inequality", but all three references are merely in the preambles, rather than the operative parts of the motion texts and none of these refers explicitly to gender equality. The situation is slightly less disappointing, at first glance, in relation to "equity" and "inequity", which have seven mentions in four motions, with four of those references relating to gender equity.

There were three uses across all the motions to the word “girls”; all contained in motion 087 Importance for the conservation of nature of removing barriers to rights-based voluntary family planning. This same motion had five of the fourteen references to “women”. With the exception of this motion, once references to the keywords which appear only in explanatory texts or preamble paragraphs are removed, the researchers were left with these references:

No criticism of any kind is meant of any of these motions, it is of huge credit to the co-sponsors that they include these references at all. The more important point is that, with the exception of motion 087, the importance of gender, women, girls, equality and equity is reduced to little more than “women and girls should in some cases be considered”. As a community in 2021 we need to do better, and do better before we are called out.

In the interests of full disclosure, one of the authors of this blog leads the organisation which was a co-sponsor of motion 087. The Margaret Pyke Trust is the only IUCN Member with 50 years’ expertise in reproductive health and rights, and is proud to have been involved with this motion which has received such positive cross-sectoral support. Significant global and national reproductive health and rights organisations were excited and impressed that IUCN Members supported such a motion. The conservation community has major potential allies in other sectors, which can not only help support biodiversity conservation, but also help promote gender equality, improve human health, expand opportunities for community-based conservation, and build relationships with community groups.

In the wetlands of Rukiga District in Uganda, the Margaret Pyke Trust is seeing how effective these partnerships can be. The wetlands provide local people with food and water, and help prevent flooding. They are also an important nesting habitat for Uganda’s national bird, the grey crowned crane (Endangered). The communities around the wetlands understand the connections between human and environmental health and are passionate defenders of the cranes, but Rukiga’s wetlands are under increasing pressure from a growing human population needing farmland. A traditional approach to conservation could not succeed. 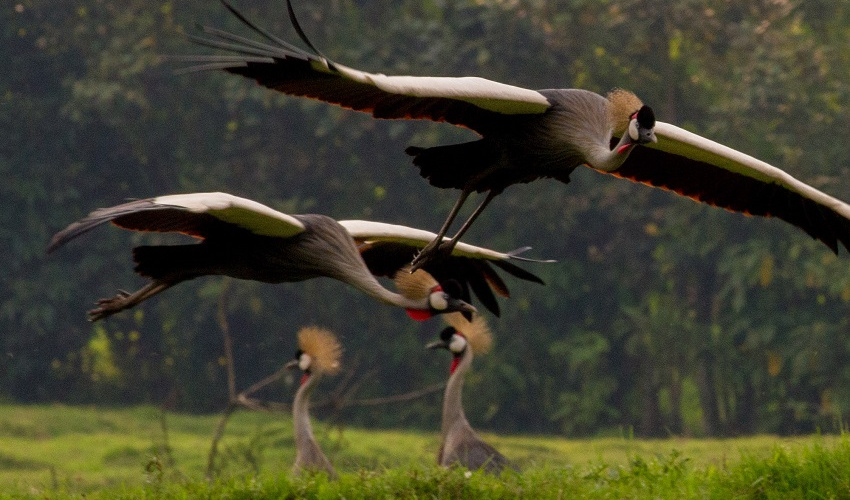 Prior to the launch of the Trust’s project, implemented with the International Crane Foundation/Endangered Wildlife Trust partnership and Rugarama Hospital, there were few if any alternative and sustainable livelihoods and no healthcare services within reasonable reach. Today, thanks to the financial support of the UK Government through The Darwin Initiative, the communities have healthcare services and alternative and sustainable livelihood opportunities, integrated with conservation activities. By responding holistically to the range of health, gender, livelihood and environmental needs identified by the communities, the project partners are better able to support them. The communities are being empowered to support their families and reduce pressures on the wetlands, ultimately benefiting human and environmental health; people and cranes.

We all want “biodiversity mainstreaming” and for all other sectors to consider their impact on climate change. We might find it easier to win those arguments if we paid greater attention to “gender mainstreaming” in our work, and considered the benefits for human and environmental health of working together. This is what the UN Sustainable Development Goals call for, and justice demands. 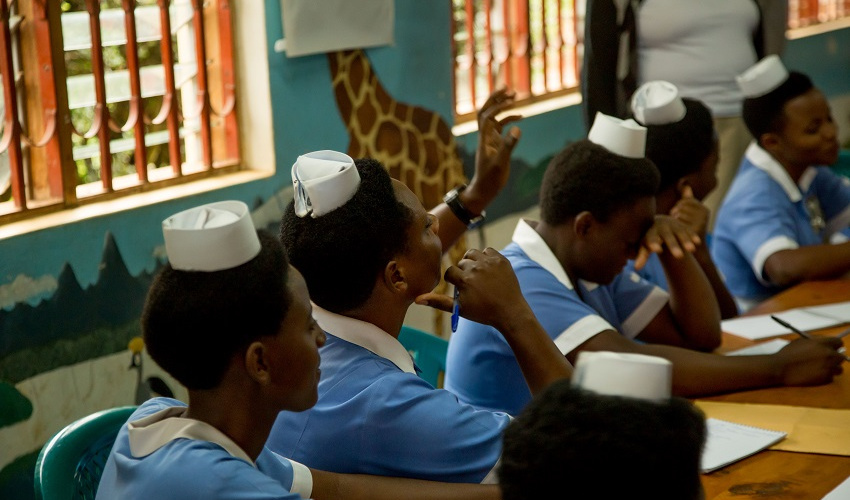 The research referred to in this article was undertaken by one of the authors of this article, Helen Anthem (Senior Technical Specialist: Gender, Livelihoods and Governance, Fauna & Flora International), and the following three others who the authors would like to thank: Carina Hirsch (Advocacy & Projects Manager, Margaret Pyke Trust), Nastaran Moossavi (freelance socioeconomic consultant) and Meher Noshirwani (Chair, IUCN CEESP Specialist Group on Gender). 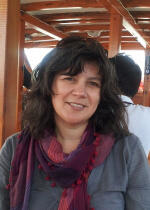 Helen is a member of the IUCN Commission on Environmental, Economic and Social Policy (CEESP) Specialist Group on Gender, leads FFI’s approach to gender, and supports FFI and partner organisations to integrate gender into conservation programmes. 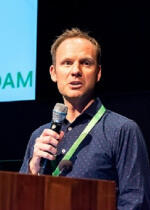 Photo: Gender is linked to the biodiversity and climate crises. When will our policies reflect this?
David Johnson is Chief Executive Officer of the Margaret Pyke Trust, an IUCN Member organisation.

In this role he leads the Trust’s work to change conservation policy to recognise the importance of removing barriers to family planning, for both human and environmental health. David is also a member of the IUCN Commission on Environmental, Economic and Social Policy (CEESP) Specialist Group on Gender, and the IUCN Species Survival Commission (SSC) Crane Specialist Group.

LINKS:
Video: Healthy wetlands for the cranes and people of Rukiga, Uganda