The trend of the Saye River bank failure: An Environmental Challenge and Concern

This article assesses environmental degradation caused by erosion resulting in river bank slope instability along the banks of the Saye River. This has been a continual challenge to farmers and communities within the watershed since 2008, with much damage caused to the ecology of the area.

Erosion problem and slope instability along the banks of the Saye River in Nigeria has been a continual challenge to farmers and communities within the watershed since 2008. It has damaged a vast farmland with crops and matured trees, roads and railway bridge foundations. The slope failure occurred at the alignment of steeply sloping bank of Saye River in Zaria, which covers about 18km span of the watershed. The failure resulted in the downstream deposition of sediment into the river, causing the infilling of the pool and riffle.

No conscious attempt had been made either by the communities or government to control the slope from further degeneration as at its inception in the year 2008. The slide area had been left unrepaired till date as further slope crest regression and new slope failures had been on the increase due to the weak and highly erodible nature of the saturated, surficial soils that mantle the ravine slopes. 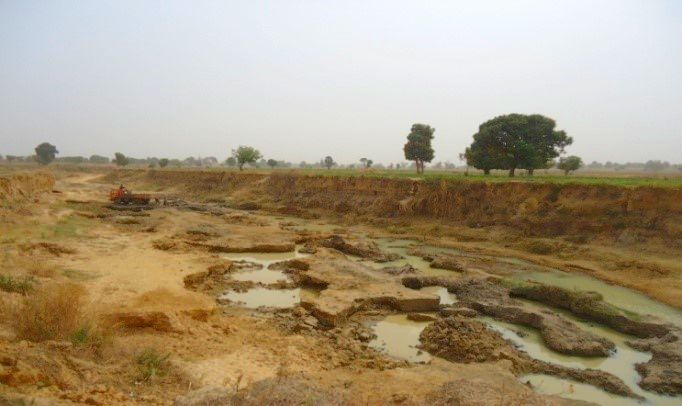 Riverbank failure has been a major problem in Saye watershed for the past 8years. The slope instability problem started since 2008 and had been gaining ground and expanding unabated. They have affected the foundations of bridges, damaged croplands and trees as it expands, damaged municipal services such as electricity poles that cross the river.

At that, the study assessed the trend of riverbank failure that has been occurring at Saye River and draws recommendation needful to tackle it.

The Saye River has persistently widened from 2008 to date, but the yearly rate seems to have gone up significantly in the recent years. The bank erosion in the River is governed by the plan form characteristics of a wandering River which is eroding along both banks. The recorded minimum average width of the Saye at its undisturbed state was 7.84m in 2008 with a maximum width of 16.2m, while the recorded local minimum width was about 4.05m and maximum width was about 4.7m, which was analyzed and depicts the rate of change in the widening of the River between the undisturbed River and the emergence of the erosion to be Minimum of 3.79m wide and maximum of 11.5m. The rate of widening of the River within the period 2008 to 2016 is varied by year as shown on Table 1 and Fig.1 below. 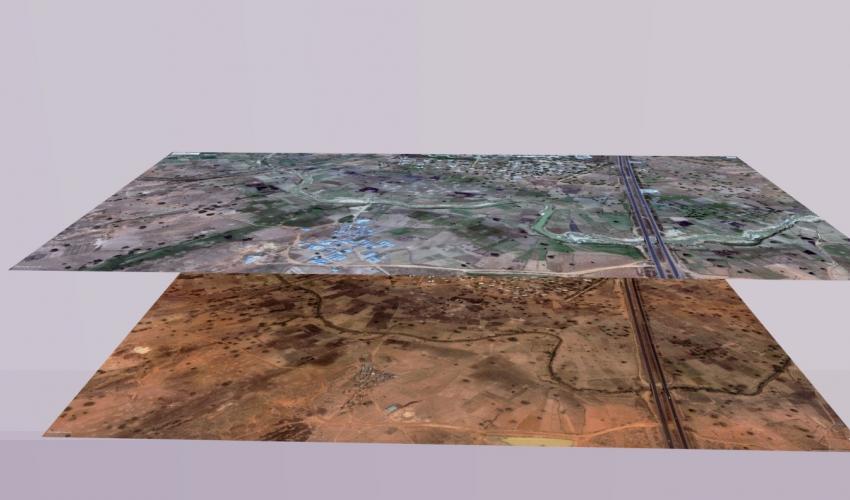 The result of the assessment shows the widening of the River during the period 2008-2016 was quite significant with the Banklines of the river being very unstable. The result of the assessment also shows that the watershed has been undergoing significant physical changes in recent decades that range from the massive removal of few trees standing in the field and along the river to extensive cropping activities, and grazing, which had rendered the soil structure loosen and vulnerable to slide. The stream has widened by the order of several meters between these periods and has continued unabated as a result of negligence to environmental issues and poor governance.

Physical characteristics of the Saye watershed and its distributaries are changing due to high erosion of the riverbanks. River depths became shallower at places. Many of the off-takes were closed due to depositions of huge sediments at their mouths. Unstable riverbanks are a threat to the development of housing, infrastructure, as the city and villages expands towards the river south of Zaria city and Nuhu Bamalli Polytechnic, Zaria. The Unstable riverbanks are a threat also to the existing infrastructure (Kaduna-Kano Highway Bridge and Kaduna-Zaria Railway Line Bridge (see photos below). 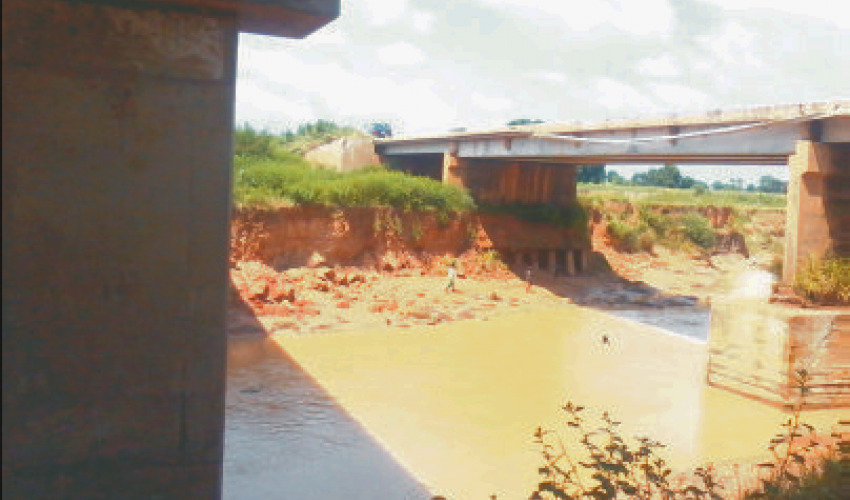 Traditional measures for riverbank protection in Nigeria have been the rip-rap structural engineering approaches — and communities living along the rivers expect continued support for these structures even though these measures might be relevant in some areas of river systems such as few meters around roads and railroads bridges, but with time they were often proven to have continually failed in the rivers as it age and the structures becomes weak in several areas where it was used. 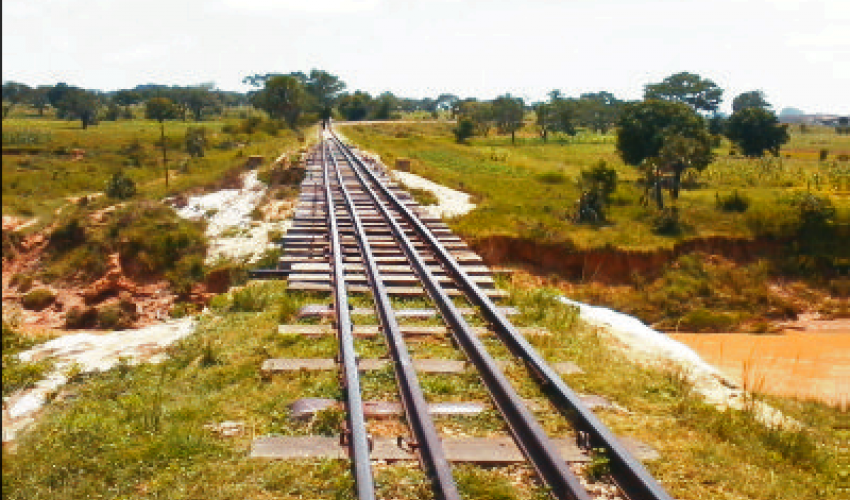 Photo: Bala Ibrahim Girku
Civil or structural engineering structures have proven not feasible in rivers with sandy, silty or loamy types of soil, as they are the component in major part of Nigerian Rivers and their tributaries. As such, these structures cannot effectively solve the erosion problem as well as revitalized the lost ecological life in the watershed.

For these, we thereby strongly recommends the use of the restoration components of bioengineering to address these causes of degradation with the view to describe the ecological importance of wild palm and bamboo which was found to characterized about 90 percent of the undisturbed landscapes of the guinea savannah or upper Niger trough for remediating severe decline of riverbank sliding and in the restoration of the wet habitat and wildlife loss in the case study area.