The team behind Netflix's Chasing Coral is on a mission

From the makers of Chasing Ice comes the Netflix Original Documentary Chasing Coral. The story of divers, scientists and photographers from around the world who mount an epic underwater campaign to document the disappearance of coral reefs and reveal the phenomenon to the world.

Coral reefs are dying at an unprecedented rate. 93% of the heat trapped in the atmosphere is absorbed by our ocean, with sea surface temperatures rising at an average rate of 0.13°F per decade since 1901. 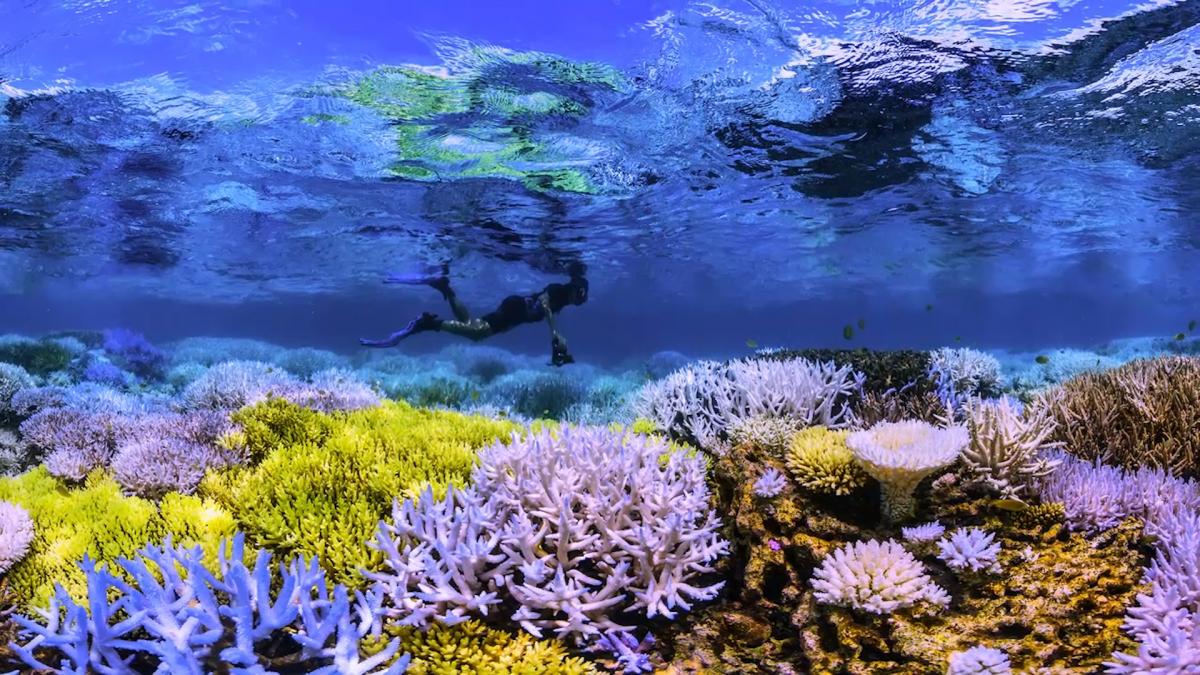 Corals are incredibly complex and need very specific conditions to survive. If their environment gets too hot, the coral animal bleaches white, and is likely to die. Why does this happen? It basically comes down to how the coral gets its food. The algae that live inside coral tissue is also its most important food source. The catch is that those algae rely on a narrow range of temperature. If the water gets too warm for too long, the algae become distressed and begin producing toxins rather than food. When this happens, the corals get rid of the algae as fast as possible (just like humans with a bacteria). This is called bleaching because all that is left is the transparent tissue and the bright white skeleton underneath. 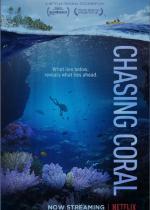 Photo: Netflix
Chasing Coral taps into the collective will and wisdom of an ad man, a self-proclaimed coral nerd, top-notch camera designers, and renowned marine biologists as they invent the first time-lapse camera to record these bleaching events as they occur. Unfortunately, the effort is anything but simple, and the team doggedly battles technical malfunctions and the force of nature in pursuit of their golden fleece: documenting the indisputable and tragic transformation below the waves.

Now the team behind Chasing Coral is on a mission is to use the film to build political will for climate action by igniting the next wave of advocates in the most unexpected places.
Scientists around the world are taking action to save corals for the future. Some are collecting the “seed banks” to preserve the biodiversity of the corals. Others are designing reef restoration projects or examining how to genetically alter corals so that they can be more resilient. 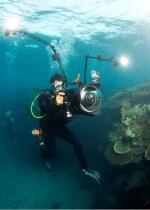 Photo: Richard Vevers © Chasing Coral
“It’s not too late for coral reefs” Dr. Ove Hoegh-Guldberg comments in the film “...indeed, for many other ecosystems that are facing challenges from climate change. It’s still possible to reduce the rate at which the climate is changing, and that’s within our power today.”

In the coming months, Chasing Coral will be working with schools, companies, advocacy allies and others to launch city-specific campaigns to drive targeted impact. Got an idea? Interested in working together? Reach out at impact@chasingcoral.com

What can you do right now? Watch the film, host a free screening of Chasing Coral in your community, and raise awareness for coral bleaching by sharing the trailer with your networks. Visit www.chasingcoral.com for more information. 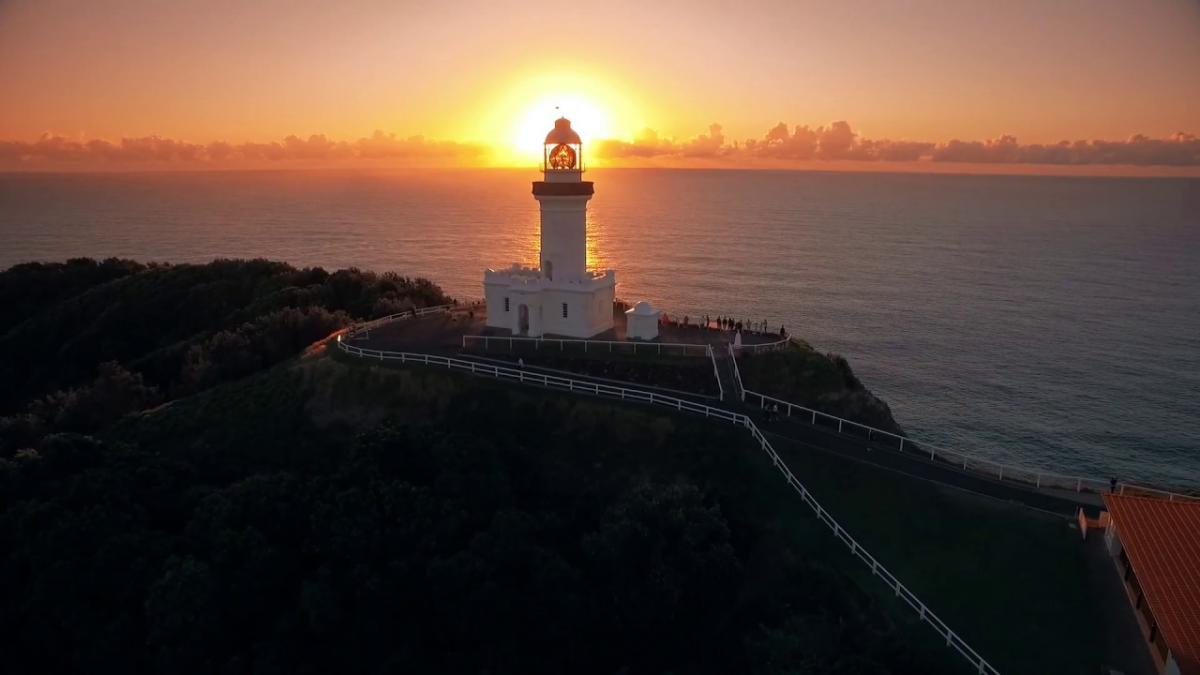 Story | 29 Jan, 2020
Defying the fires, once again three Australian protected areas are among the… 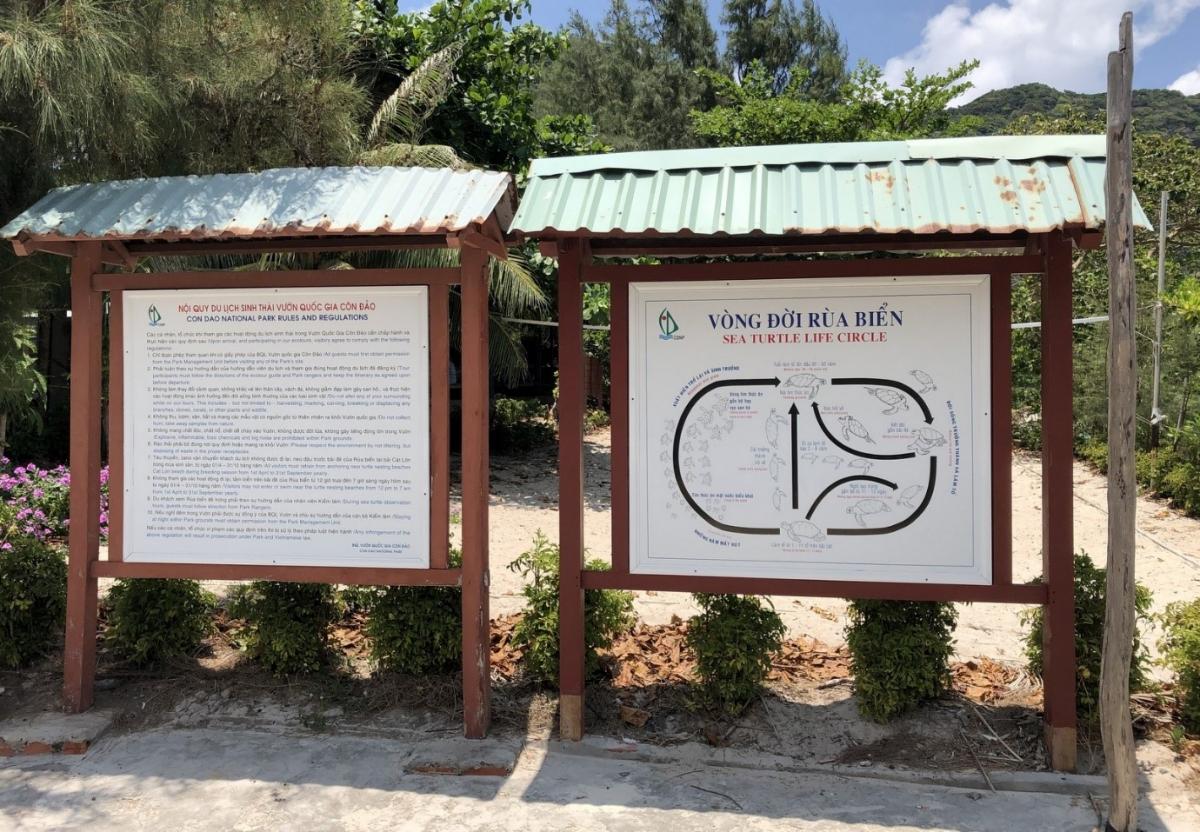