Curbing global temperature rise will require removing more carbon from the atmosphere than we release into it. How can we harness natural ecosystems to help achieve this? 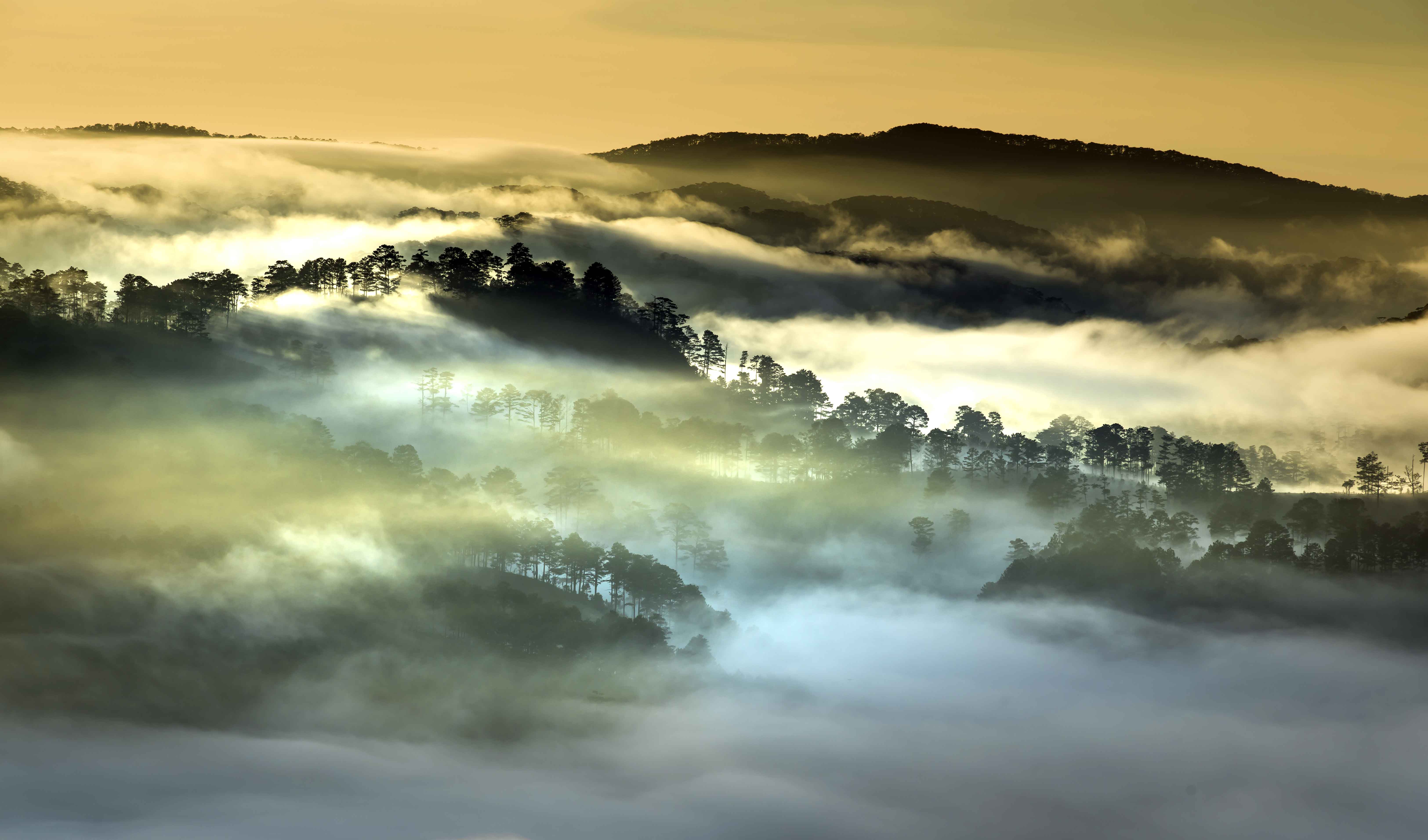 Natural climate solutions are tremendously potent, providing an estimated 37 % of cost-effective mitigation needed between now and 2030 to hold global warming below 2°C

Climate change is one of the most pressing challenges confronting humanity today. Nature faces the effects of climate change, but it also plays a much broader role in it. Depending on how the world’s ecosystems are managed, they can either contribute to the problem, or provide effective nature-based solutions to solving it.

Contributing to the climate problem, the loss and degradation of forests alone currently constitute around 12% of human-caused carbon dioxide (CO2) emissions. The land sector as a whole, including agriculture, forests and other land uses, is responsible for nearly a quarter of global emissions.

However, we now know that the avoidance of these emissions through better conservation and land management actions offers a feasible, cost-effective option that is available in the near term. Moreover, restoring degraded lands and enhancing existing ecosystems can help absorb additional CO2 generated from other sectors. It has been estimated, for instance, that restoring 350 million hectares of degraded or deforested landscapes by 2030 could sequester between one and three billion tonnes of CO2 per year while also generating about $170 billion per year in other benefits from ecosystems. Managing nature well can thus make a significant contribution towards global climate mitigation efforts.

Nature’s centrality to climate change can also be gauged from the fact that about 60% of cumulative greenhouse gas (GHG) emissions from human activities since the pre-industrial era have been stored either on land (in plants and soils) or in the ocean. Terrestrial ecosystems store almost three times the amount of carbon found in the atmosphere, while oceans absorb over 25% of annual CO2 emissions. Better conservation, restoration and management of ecosystems – be they forests, wetlands or oceans – play a critical role in the healthy functioning of the carbon cycle and the balanced regulation of the planet’s climate.

In research published last year, a group of leading experts identified and quantified 20 primary conservation, restoration and improved land management pathways that can increase carbon storage and avoid GHG emissions across global forests, wetlands, grasslands and agricultural lands. Their study, called Natural Climate Solutions, found that the potential of these nature-based climate solutions – even when restricting them by adding safeguards for food and fibre security, and biodiversity – is more than 30% greater than previously thought.

The study also examined whether nature-based climate solutions are cost-effective – that is, available at cost comparable to mitigating emissions from other sectors of the economy, such as the energy, transportation and household sectors. The findings show that these natural climate solutions are tremendously potent, providing an estimated 37 % of cost-effective mitigation needed between now and 2030 to hold global warming below 2°C.

Ecosystems, of course, vary in their capacity to store and sequester carbon. Of all ecosystems, forests have the greatest amounts of cost-effective mitigation opportunities to offer, making up about two thirds of all nature-based climate solutions globally.

Grassland and agricultural pathways offer about one fifth of nature-based solutions to hold warming below 2°C, with cropland nutrient management, inclusion of tree cover in croplands, and conservation agriculture as key activities. In the livestock sector, improved feed and animal management has considerable potential to reduce methane emissions.

Wetlands are not as extensive as forests and grasslands, but on a per unit-area basis, they hold the greatest volume of carbon. Research on mangroves, for example, indicates that preserving them is justified in most places around the globe solely on the basis of carbon storage, even without considering the broad range of other benefits they provide. These include safeguarding coasts, protecting fisheries, regulating water quality, and providing wood and habitat for wildlife.

Ecosystems not only help to mitigate climate change, but also add to climate resiliency and adaption. For example, wetlands helped to avoid over $600 million in direct flood damages during Hurricane Sandy in 2012. More generally, coastal wetlands in the US have been estimated to provide storm protection services worth $23 billion annually.

Besides climate benefits, most natural climate solutions offer a broad range of other benefits, including water filtration, flood control, soil health, livelihood support and biodiversity habitat. Similar to the climate benefits of nature, they too are available in the near term through improved management and conservation of nature.

The Paris Agreement, adopted by 195 countries and the EU in December 2015, sent a clear signal of the vital importance of the world’s ecosystems in achieving climate neutrality over the course of this century. The Agreement directly calls on countries to appropriately conserve and enhance natural carbon sinks and reservoirs of all types – biomass, forests and oceans, as well as other terrestrial, coastal and marine ecosystems – to fully harness their mitigation potential.

The Agreement also clearly acknowledges the role that healthy ecosystems play in building resilience, and the need to take vulnerable ecosystems and communities into account in national adaptation planning and action. It notes the importance of ensuring the integrity of all ecosystems, including oceans, and the protection of biodiversity when acting to address climate change.

At the national level, a growing number of countries have started incorporating ecosystem-based mitigation and adaptation measures within the nationally determined contributions they submitted in support of the Paris Agreement.

An analysis conducted by the United Nations Framework Convention on Climate Change in 2016, for example, showed that over 70 % of countries specified forest/land-based mitigation measures within their submissions. Specific examples include: China pledging to increase its forest stock volume by 4.5 billion m3 over 2005 levels by 2030; India pledging to create an additional carbon sink of between 2.5 and 3 billion tonnes of CO2 through additional forest and tree cover by 2030; and Mexico pledging to achieve 0% deforestation by 2030.

Several countries have also recognised the role of ecosystems in climate adaptation and in enhancing resilience (for example, through mangrove restoration for coastal protection), with some 20 countries including explicit references to ‘ecosystem-based adaptation’. These actions clearly testify to the growing international acknowledgement of nature-based solutions to climate change.

Even in the context of climate change assessments, the Intergovernmental Panel on Climate Change report released this October paints a particularly challenging future. Human activities have already caused the climate to warm by approximately 1°C on average worldwide from the pre-industrial era. The current rate of emissions will lead to that number rising to 1.5°C in the near term, possibly as early as 2030.

In the absence of effective mitigation policies, the world faces 3°C warming by the end of the century, along with potentially disastrous outcomes to people and nature alike. This points to a need for urgent and ambitious action to curb global emissions from across all levels and sectors of society.

Maintaining global warming below 1.5°C would considerably reduce the harm from climate change, but this will require large emission reductions in the near term. First, we will need to transition to zero net emissions globally. Then we will have to find ways to achieve negative emissions: sequestering more CO2 from the atmosphere than is released into it.

Nature-based solutions can play a vital role in this regard in helping the global community, particularly in the near term, to achieve the longer-term objective of a decarbonised global economy.

This piece was first published in Climate 2020: Degrees of devastation, published by Witan Media for the United Nations Association – UK