Tomorrow's production systems will be closer to nature

This blog by Gerard Bos was first published by the World Economic Forum on 3 January 2017.

The global economy has been a steady engine of growth for nearly six decades, and during this time there have been a number of positive advances for humankind. But the fourth industrial revolution is now speeding towards us and it promises to be even more innovative and disruptive, merging new technologies with social inclusion, physical structures and biological foundations. 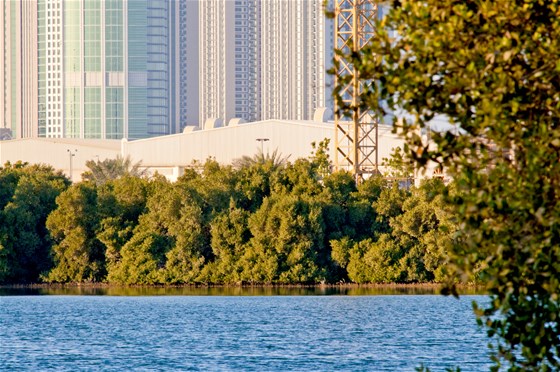 Until recently, production patterns often determined the development pathway of a country. Industries in well-resourced developed countries outpaced production in less developed countries. While there have been some measurable advances for all countries, the effects of current production systems on our society and environment are not sustainable with the changes set to occur.

As the global economy shifts to a more interconnected and holistic phase of the digital age, the world’s less-developed countries are actually better positioned to leapfrog past developed countries and lead the next revolution. Not only are many of them home to some of the world’s most valuable natural resources – necessary for producing new technologies as well as providing a stable and resilient climate for our well-being – but these countries do not have the expense of transitioning from arcane infrastructure, investments and systems.

Taking the leap, however, requires understanding how the great achievements in the last century have affected our society, our economies and environment. Moving forward, we will need to identify new opportunities to use our technological achievements to advance a more inclusive society, along with a greater appreciation for our finite resources.

When it comes to the key elements for shaping future production systems, it's clear that our biological world must be part of the answer.

Protecting our global commons – the ecosystems, biomes and natural processes that regulate the Earth – and integrating the value of these ecosystem services into our public and private sector accounting systems – will be vital. The monetary value of goods and services provided by ecosystems, alone, is estimated to amount to some US $33 trillion per year – nearly twice the global production resulting from human activities.

IUCN - International Union for Conservation of Nature has shown that when natural infrastructure is combined with engineered or built infrastructure, it can optimize performance and financial benefits. In regards to water infrastructure, this amounts to an added value of $29 trillion per year in services, such as filtering contaminated water and storm protection.

Safeguarding these natural processes can also help us discover greater efficiencies and models for future production systems, such as closed-loop and zero-waste value chains, which are highly efficient and interdependent; much like nature.

Unfortunately, though, the unprecedented rate of loss of species and ecosystems will impact our ability to meet future challenges, unless we can reverse this trend. Between 1970 and 2010, WWF estimates the planet lost 52% of its biodiversity, while the human population nearly doubled.

A recent study published by IUCN found that more than 80% of the world’s ecological processes that form the foundation for healthy marine, freshwater and terrestrial ecosystems – such as changes to genetic diversity or seasonal migration – are already showing signs of distress as a response to climate change. Moreover, the study warns that these impacts on species and ecosystems will have a direct effect on people and productivity in sectors such as fishing and agriculture. But it also underscored that nature’s responses to climate change could provide vital information on the adaptive measures needed for us to survive.

The pace of digital and technological change also feeds into the current debate about protectionism versus globalization, and it raises important questions about how to optimize production systems that make sense based on a country’s resources, skills and labour, while at the same time acknowledging that many of the new technologies are going to change the current political and economic landscapes that we know today.

By working with leaders from government, industry and academia to assess countries and sectors, the World Economic Forum's Future of Production Council plans to shine a light on the opportunities for future production systems. So long as safeguarding nature remains at the forefront of this transformation, we can look forward to continued economic growth that is more inclusive and sustainable than ever before.

Gerard Bos is the Director of the IUCN Global Business and Biodiversity Programme.