From 24 to 28 of April, researchers from Nong Lam University and University of Science Ho Chi Minh City, Viet Nam visited the Tra Su Melaleuca forest to interview the local communities and understand the resources they rely on within the wetland. Preliminary results of the Climate Change Vulnerability Assessment revealed that local livelihoods are highly reliant on the site’s resources. The findings will inform the development of climate change adaptation measures to strengthen local livelihoods and resilience. 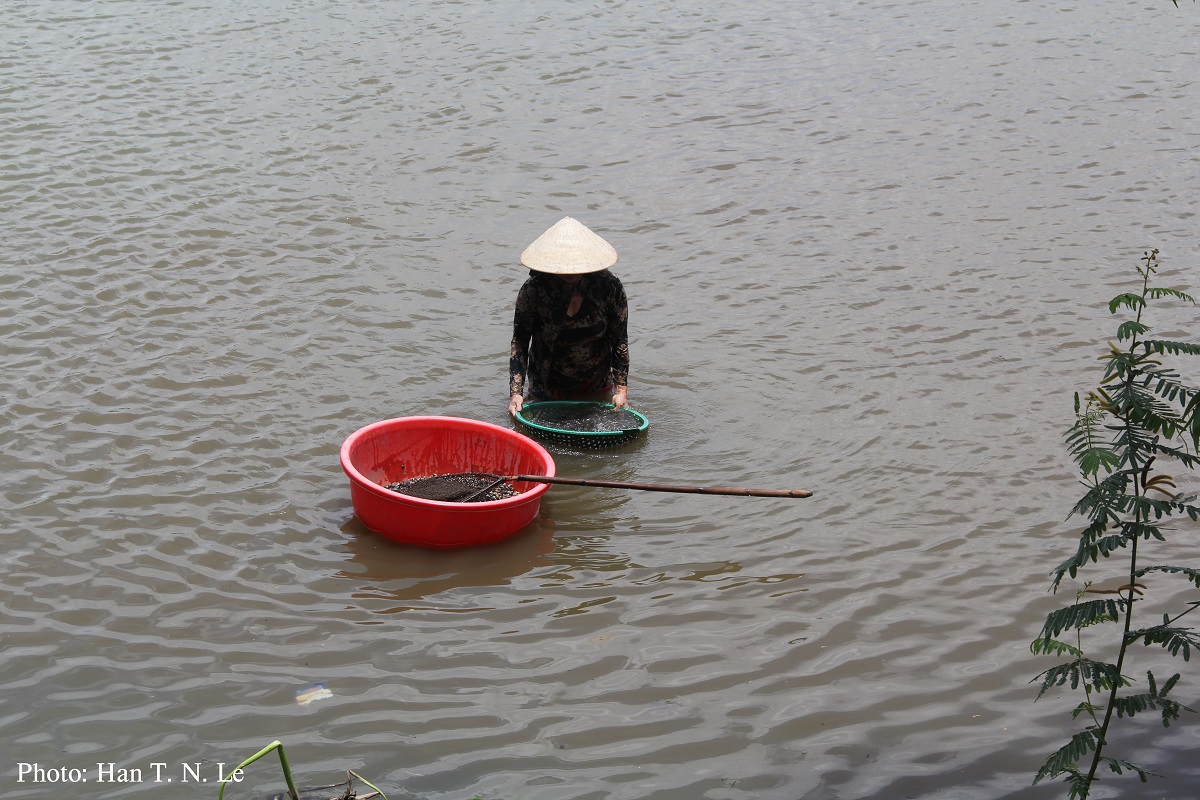 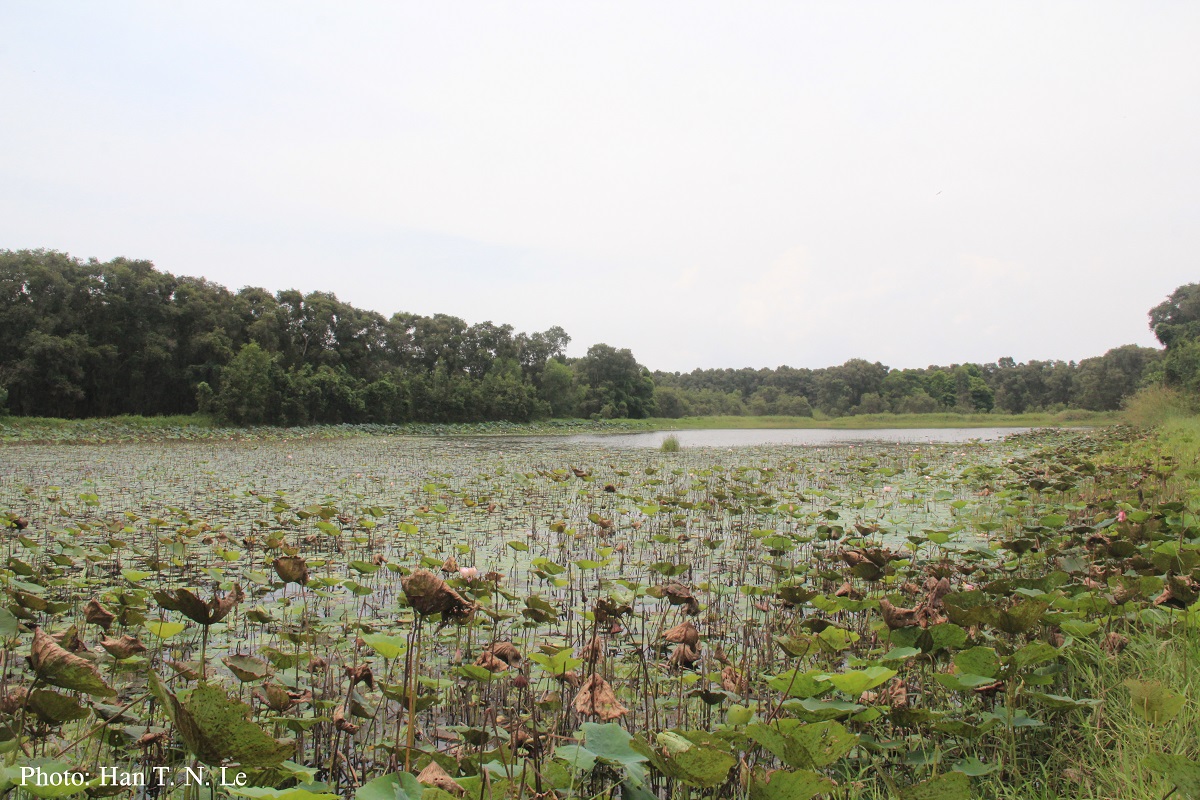 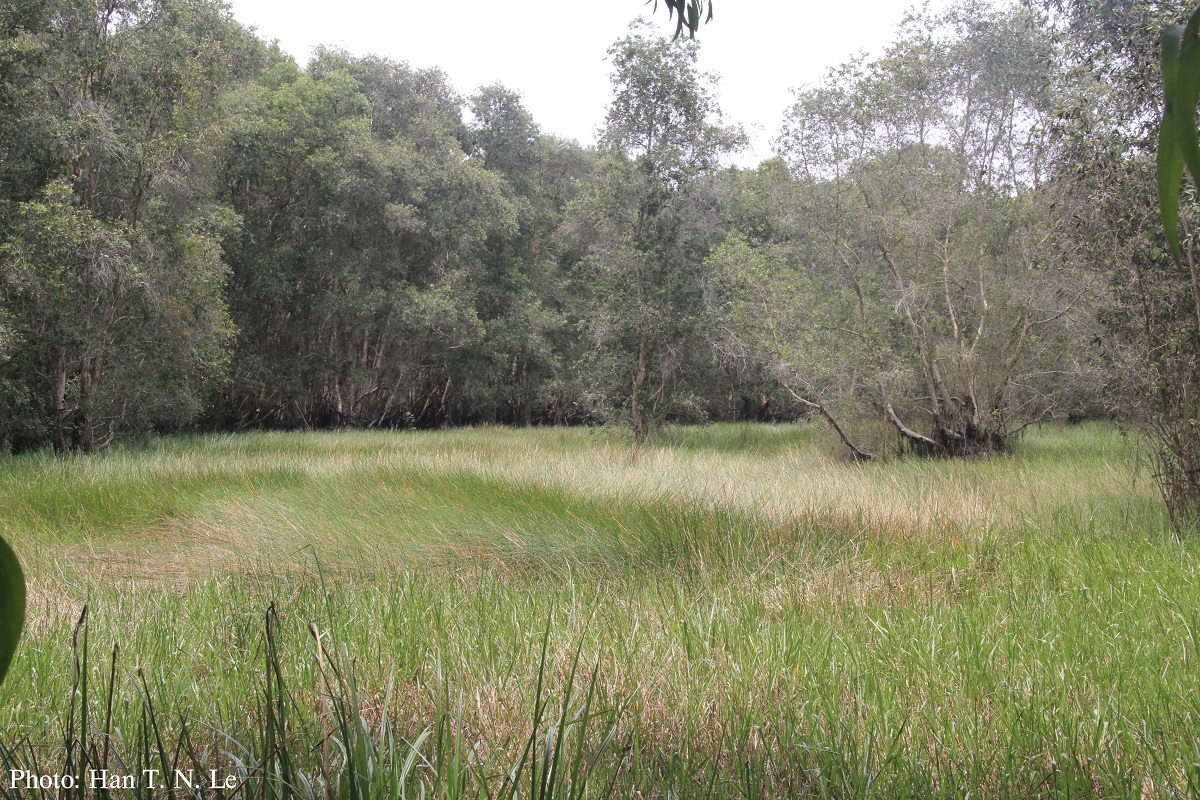 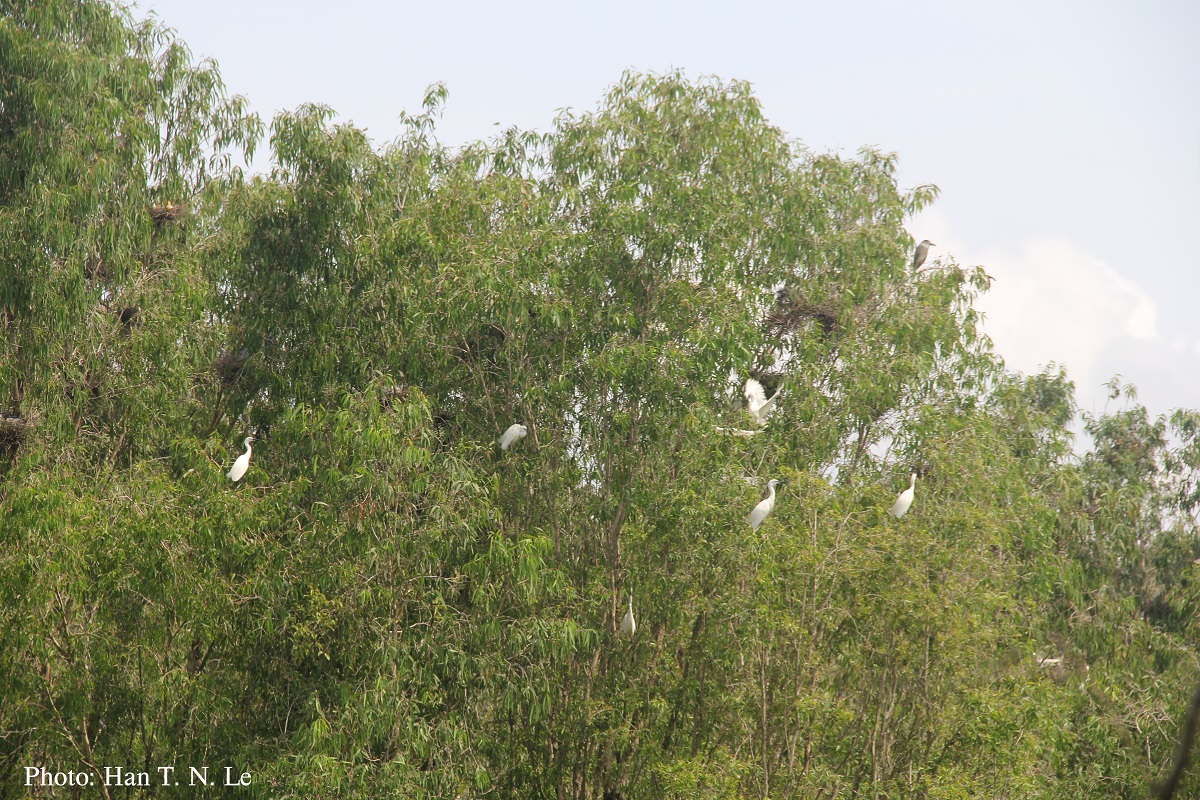 Individuals who do not own land have less stable incomes. Typical approaches to earning a living include opening small businesses such as food shops, working for landowners during the harvest seasons or leaving the rural area to find work in the cities. Ngoc, a community member from O Long Vi commune, collects basket clams (Corbiculidae) from the canals near her house. On average, she collects ten kilograms of the clams each day, and sells them at the local market, earning 100,000 Vietnamese Dong (about $4.50 USD). She uses this income to support her two granddaughters while her daughter works at an out-of-town factory.

These livelihoods only provide irregular income streams. To augment their needs, individuals will often illegally exploit resources in the Tra Su forest by catching fish, snakes, birds and gathering dead Melaleuca trunk, which is used for planting orchids. Recent cooperation between rangers and local communities has led to a decrease in the rates of poaching within the wetland. Ecotourism development, including the installation of a bamboo bridge and camera system, also serves as a deterrent, contributing to wildlife protection.

The results of the assessment have highlighted that climate change impacts will likely increase the difficulties that local people face. Future climate impacts are expected to decrease agricultural yields and increase people’s dependency on natural resources. This will affect the ability of local rangers and the management board of An Giang Protection and Special Use Forest to adequately protect the forest.

During the next component of the project, researchers will work with local stakeholders to develop livelihood alternatives to cope with climate change impacts. This is expected to increase the resilience of the ecosystem, local communities, and government.

Tra Su Melaleuca forest covers an area of 1,050 hectares and hosts 140 flora species and more than 81 fauna species. It was established as a protected landscape in 2005 and is separated from its surroundings by a dyke system, which supports water resource management. Since its establishment as a protected landscape, wild birds such as the grey-headed swamphen (Porphyrio poliocephalus) and the Asian openbill (Anastomus oscitans) have begun returning during the breeding season. The site’s diverse habitats, including Melaleuca forests, swamps, and grasslands, make it a unique attraction for domestic and international tourism. Tra Su welcomes more than 30,000 visitors annually, providing an additional source of income for local communities.