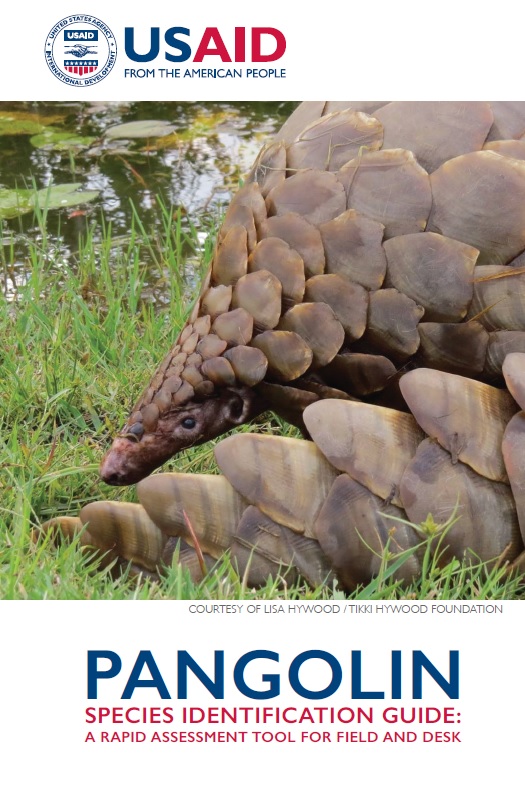 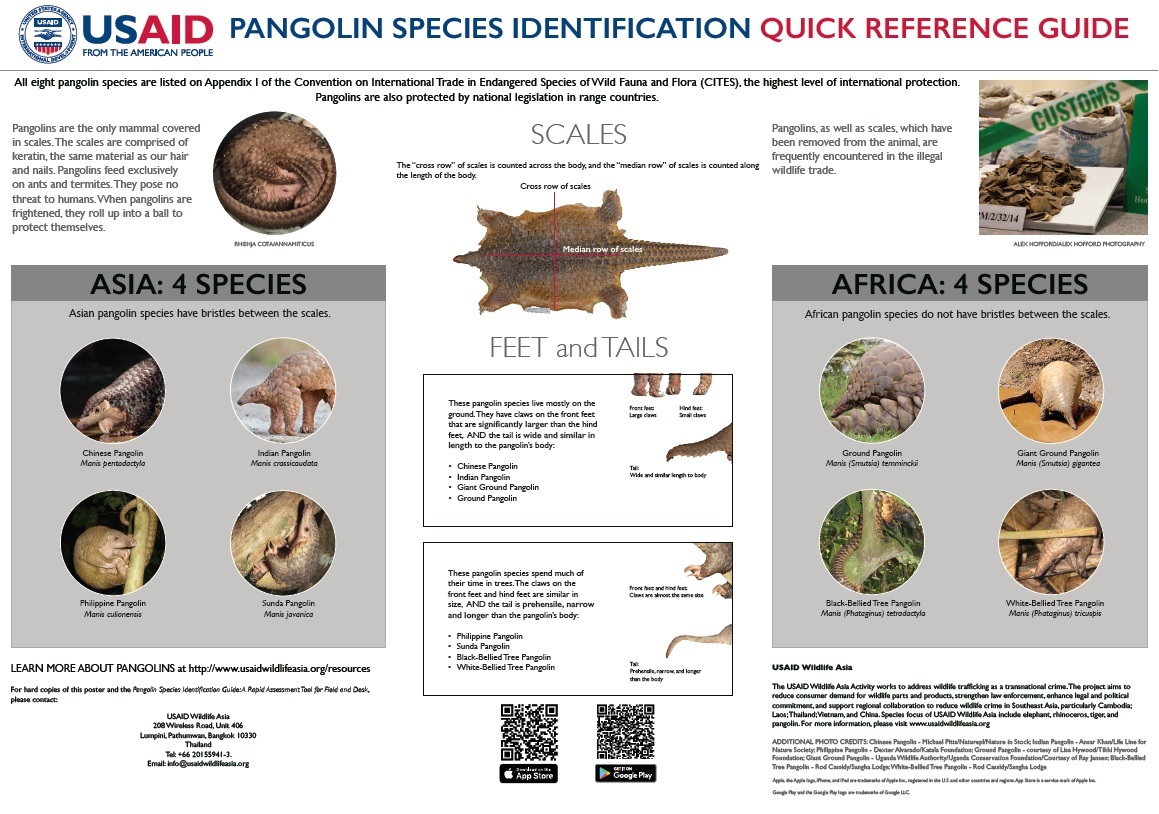 Pangolins are one of the most trafficked mammals in the world. Despite a ban on international trade by the Convention on International Trade in Endangered Species of Wild Fauna and Flora (CITES), pangolins are still illegally traded primarily for their scales’ medicinal values. From 2000 to 2013, TRAFFIC reported that an estimated one million pangolins are believed to have been smuggled, making them the world’s most trafficked animals[1]. As a result, each of the eight species is now threatened with extinction.

The guidebook contain range maps, which are designed to assist law enforcement in determining possible country of origin and transit routes for pangolin species observed in trade. It also contains species summaries in particular species differentiators such as profiles, total lengths, scale patterns, feet and ratio of tail to body. Total length and ratio of tail to body are helpful when identifying dead animals with scales removed.