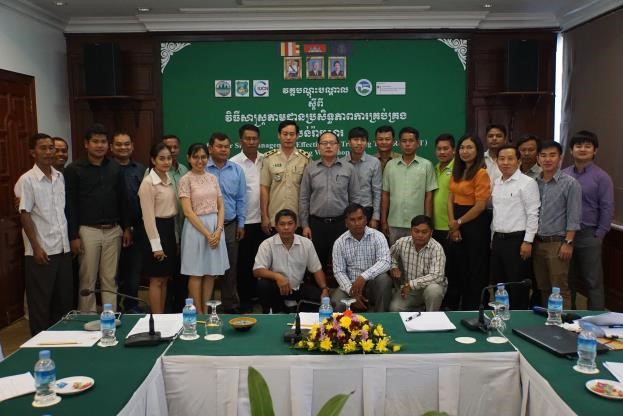 The workshop, which was the first of its kind in the country, aimed to build the capacity of Ramsar and wetlands Site Management Teams on using the R-METT Tool, which is officially recognised by the Ramsar Convention as a guiding approach to measure and track the effectiveness of management in Ramsar sites and wetlands in general. 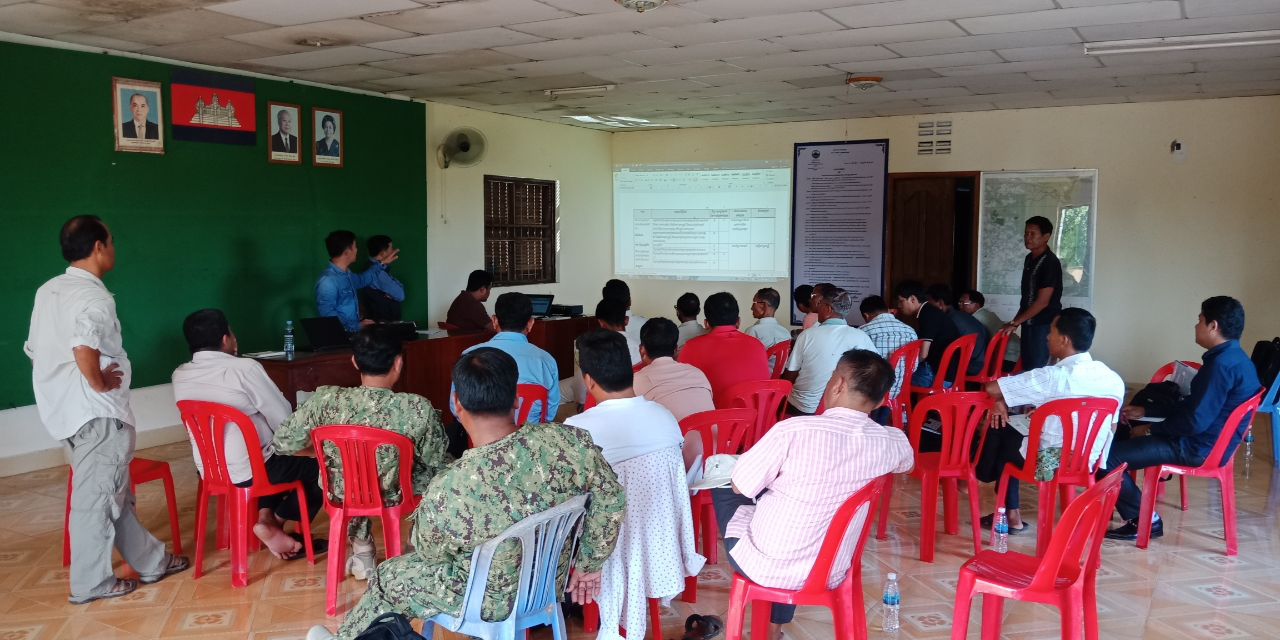 In his opening remarks, Dr. Srey Sunleang, DFWC Director, MoE Cambodia and chairman of the training workshop, said that the R-METT will be integrated into the national workplan of the department.

“DFWC will be implementing the R-METT Tool at all Ramsar and wetlands sites so as to improve the management of these sites,” said Dr. Sunleang.

During the workshop, a discussion around site management effectiveness highlighted that most Ramsar and wetlands sites in Cambodia have strong regulations and have met the management objectives of Ramsar site designations.

Results of the R-METT tool implementation showed that most sites are formally gazetted as protected areas, and that the protection system is moderately effective in controlling access and resource use. The tool also revealed that the boundaries of the Ramsar sites are widely known by both management authorities and local residents or neighbouring land users. R-METT results further showed that information about critical habitats, species, ecological processes, and cultural values of the sites are sufficient for most key areas of planning and decision making. However, while some biodiversity, ecological and cultural values are being partially degraded, the most important values have not been significantly impacted.

Through the use of the tool, participants also noted that the sites are threatened by both climate and non-climate impacts such as drought, floods, forest fires, land encroachment for dry season rice and private property, invasive non-native/alien plant species, destructive illegal fishing, unsustainable aquaculture practices, and deliberate vandalism by offenders, including illegal fishers, hunters and land encroachers.

With regard to Ramsar and wetland site management, participants identified several weaknesses and threats such as the lack of law enforcement, patrolling equipment and facilities, staff incentive schemes and sustainable financing sources. The lack of fully implemented site management plans was also identified as a threat to site management.

Discussions at the workshop acknowledged that while local communities contribute directly to some relevant decisions relating to site management, their involvement could be improved. The workshop also revealed that while a cross-sectorial management committee has been established, institutional mandates can differ and create an independent focus, leading to some sectors not significantly involved in site management.

During the training course, Mr. Nim Pisey, Director of the Stung Treng Ramsar Site observed the advantages of the Khmer translation of the R-METT, saying “it is a good tracking tool which will be very useful for site managers here in Cambodia.”

The workshop ended with the expression to continue the cooperation between DFWC/MoE and IUCN, as well as other NGOs involved in wetlands management, with the national implementation of R-METT in Cambodia through its integration in the annual workplans and national strategic plan for environmental management of the Ministry of Environment. Organisers also committed to holding annual R-METT training and refresher courses.

The workshop was supported by the Federal Ministry for the Environment, Nature Conservation, and Nuclear Safety (BMUB), a cabinet-level ministry of the Federal Republic of Germany, through the Mekong WET Project.

Funded by the International Climate Initiative (IKI) of the German Federal Ministry for the Environment, Nature Conservation, Building and Nuclear Safety (BMUB), and to be implemented until 2020, the “Mekong WET: Building Resilience of Wetlands in the Lower Mekong Region” project aims to build climate resilience by harnessing the benefits of wetlands in Cambodia, Lao PDR, Thailand, and Viet Nam. Mekong WET will help these countries to address their commitments to the Ramsar Convention, an international treaty for the conservation and sustainable use of wetlands, and to achieve the Aichi Biodiversity Targets.