Sometimes, you just need to let nature take its course

Growing over an estimated area of over half a million hectares, mangrove coverage in Myanmar is the second largest in Asia after Indonesia. These mangroves provide food, shelter and livelihoods to millions of delta and coastal dwellers in Myanmar and other Southeast Asian countries. 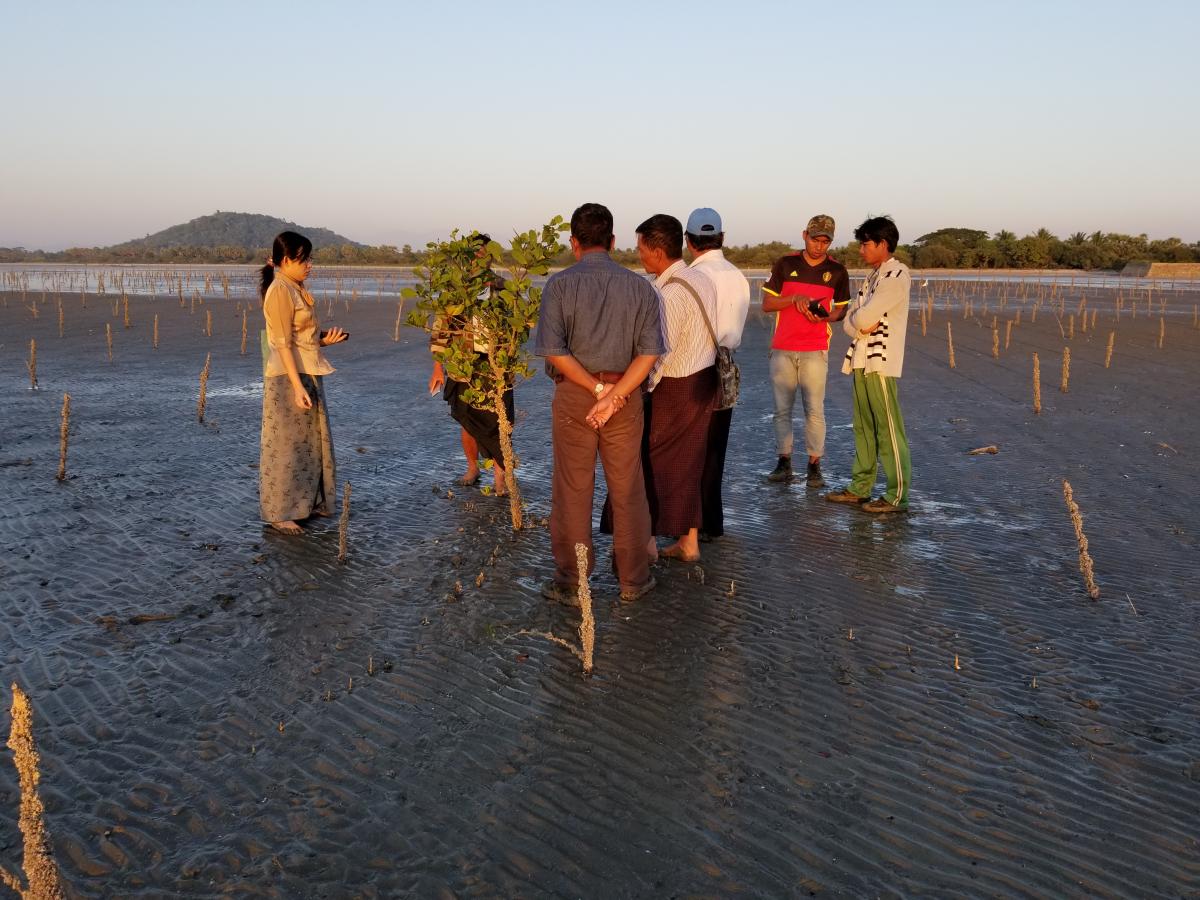 In Myanmar, mangrove species diversity varies widely across Rakhine, Ayeyarwady and Tanintharyi: three coastal regions where people depend heavily on fishing and farming for their survival.

Tanintharyi Region offers one of the least disturbed mangrove areas in the country, with more than 50 species of true mangrove and associate species.

Within Tanintharyi lies Pyinbugyi Island, where MFF has implemented three projects. Here, mangrove forests used to be dense and very diverse with abundant marine life. Now, due to population pressure – the number of households grew fourfold in the last 60 years – mangroves have been overexploited, with illegal cutting making the headlines. While local communities make use of the mangrove forest for their own construction and cooking needs, vast illegal exploitation from outsiders for commercial purposes has also been reported.

This overexploitation has already led to the abandonment of more than 500 hectares of farmland on the island due to the intrusion of saltwater, which reduces agricultural productivity. On Pyinbugyi, yields have declined to the point that the land is now considered unproductive. 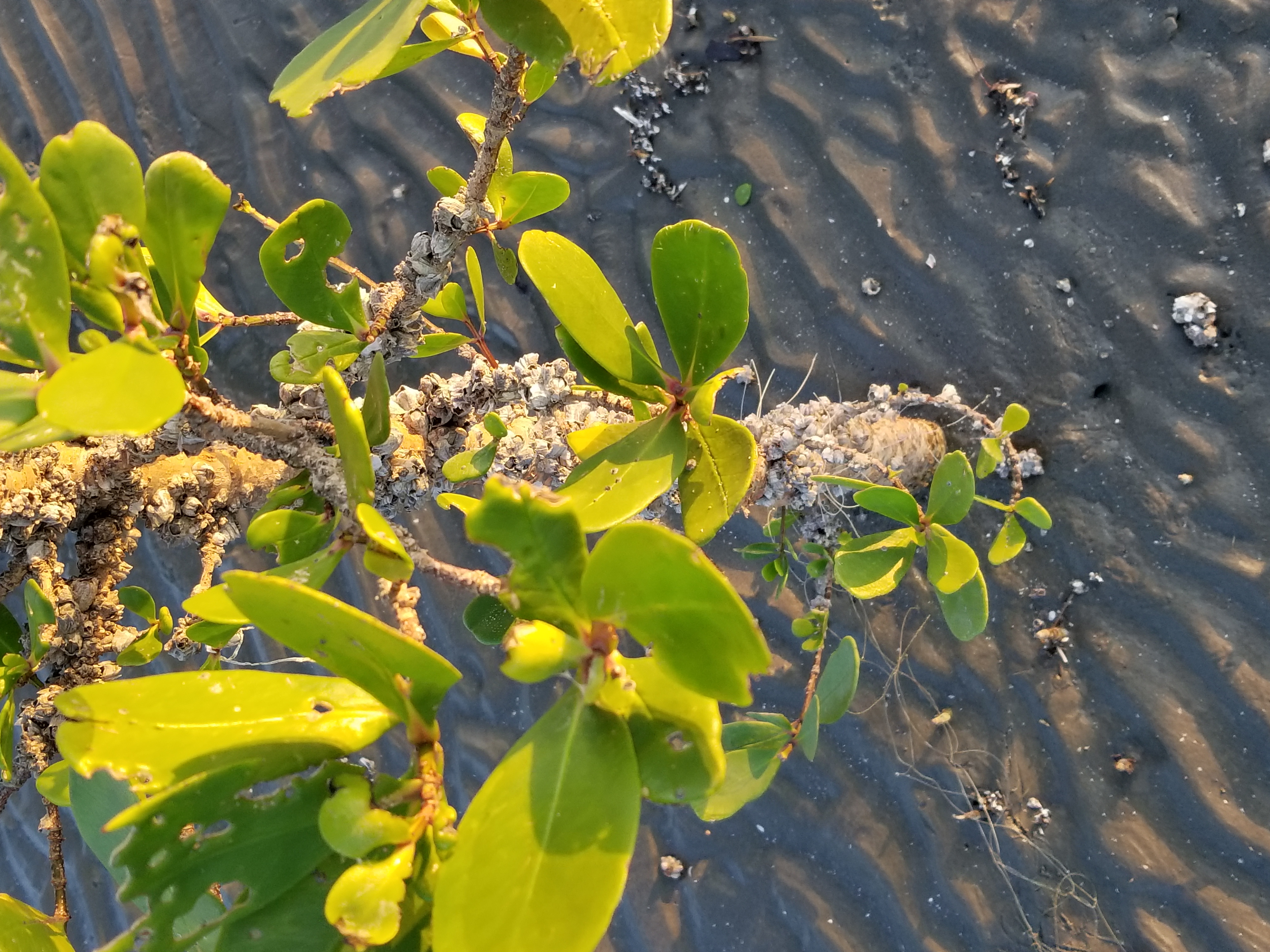 To support the farmers, MFF grantee Mangrove Service Network introduced the concept of  shifting to aquaculture practices, but most  farmers were  reluctant to give up their traditional way of life.

As part of the project, mangroves were planted to recreate a natural coastal protection zone and shelter the farmland from further erosion and sedimentation. Unfortunately, barnacles – small organisms that in large numbers can overwhelm mangrove saplings – infested the area. This infestation, combined with strong waves, decimated the newly planted mangroves. At the end of the planting season, a bamboo fence was installed to protect the remaining young mangrove trees. Bamboo supports were attached to their stems to keep them upright, and several attempts were made to re-plant the patches that had died off. Despite these efforts, the results were still not very encouraging. MFF then called upon the support of Mr U Win Maung – one of Myanmar’s most respected mangrove specialists – and his team, who visited the island with MFF’s support to conduct a mangrove vegetation assessment and find practical solutions to the issue. They surveyed the whole island, analysed satellite data and held public discussions with the local communities. Through their assessment, they realised that in certain areas, mangroves had naturally grown without any artificial support. Therefore, they recommended restoring natural water flow by removing dikes and embankments, which would increase the overall success rate for restoring the degraded mangrove area. MFF is currently implementing a small grant project on the island to establish a Locally Managed Marine Area, and will visit the coastal protection zone to continue monitoring the mangrove plantation site. 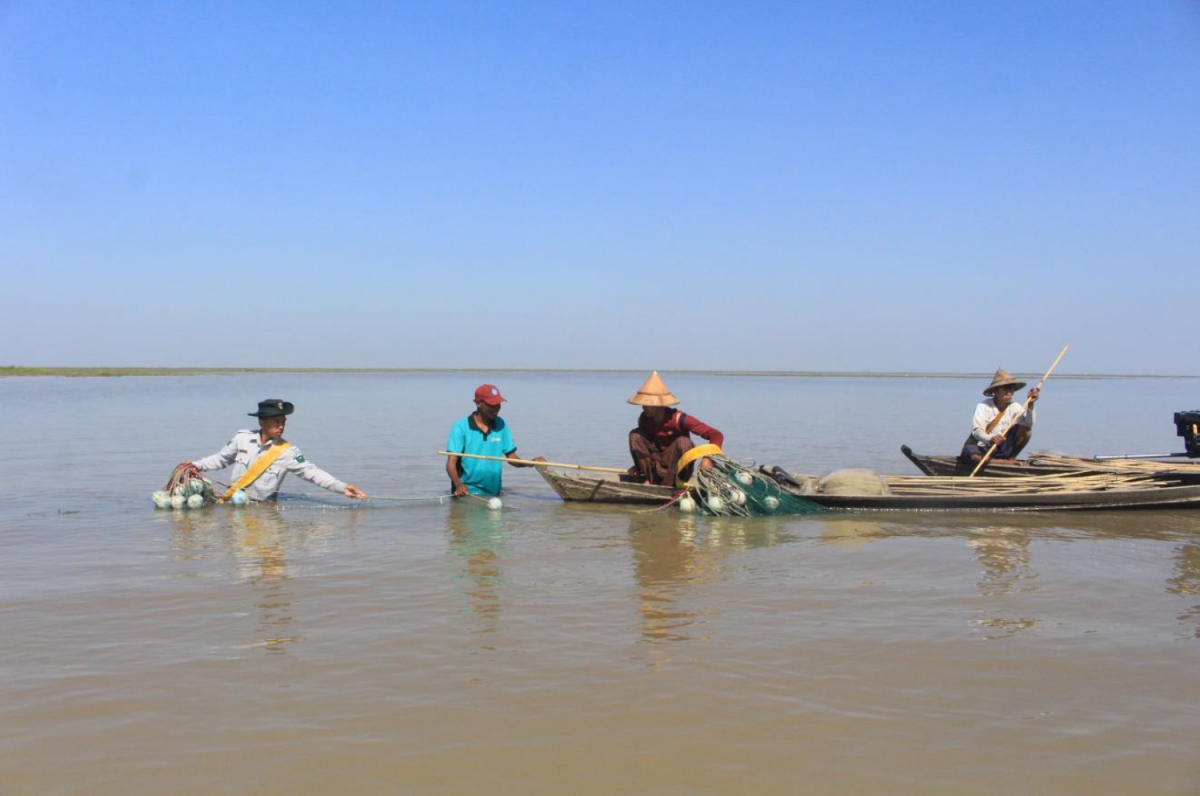