The IUCN Species Survival Commission (SSC) Steering Committee will meet in Bangkok, Thailand, from October 15th to 18th, to examine its role and actions to address the challenges of biodiversity conservation. 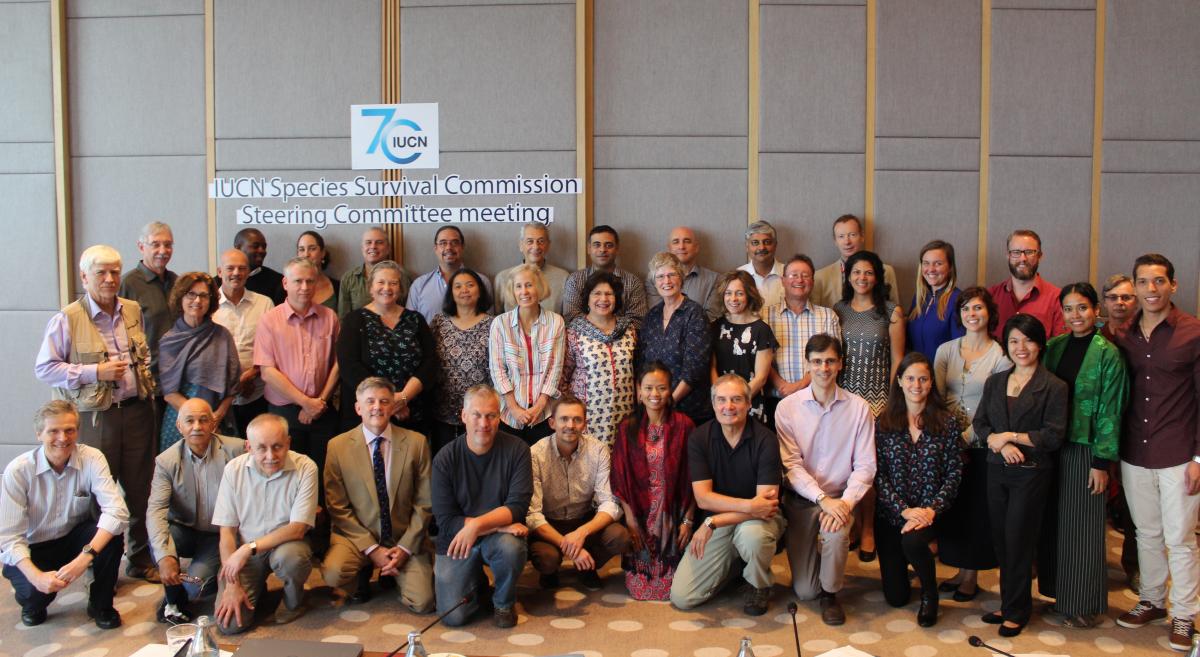 This Committee seeks to ensure that evidence-based conservation actions are universally adopted as a shared responsibility to avoid the extinction crisis and further loss of biodiversity.

Held every year, the SSC Steering Committee brings together more than 40 global experts from various taxonomic groups, focusing on plants, fungi, mammals, birds, reptiles, amphibians, fishes and invertebrates as well as groups dealing with disciplinary issues, such as sustainable use and livelihoods, reintroduction of species, wildlife health, climate change and conservation planning.

“At this meeting, 40 experts from various countries will discuss the priorities for the network,” says IUCN Species Survival Commission chair, Jon Paul Rodríguez. “Currently, the SSC mobilizes its broad network of scientists to assess the conservation status of species, to plan and promote policies for species conservation, and convene stakeholders including governments, academia and civil society to implement solutions to conserve species.”

“SSC members are key players of species conservation work worldwide as they provide invaluable scientific advice to conservation organisations, government agencies and IUCN members,” says Dr. Jane Smart, Global Director, IUCN Biodiversity Conservation Group and Director, IUCN Global Species Programme. “This meeting is vital in ensuring that species conservation efforts across the IUCN network and the world are evaluated, with the aim of identifying gaps and areas in which we should be focusing our efforts on over the next few years."

“Some of the topics that will be discussed include strategies to develop the species conservation network to undertake conservation action plans; exploring partnerships with the National Geographic Society, Global Wildlife Conservation, and many others, to fund and support the delivery of species conservation outcomes; promoting the conservation of species at country level; and reporting on species recovery through the new IUCN Green List of Species,” says IUCN Species Survival Commission Deputy Chair Domitilla Raimondo.

Following this meeting, experts from the Species Survival Commission will host a public symposium entitled “A Global Perspective on Conservation” on October, 18th, at Kasertsart University, in Bangkok.

Admission to this public symposium is free of charge.

Working in close association with IUCN’s Global Species Programme, SSC’s main role is to provide information to IUCN on biodiversity conservation, the inherent value of species, their role in ecosystem health and functioning, the provision of ecosystem services, and their support to human livelihoods. This information is fed into The IUCN Red List of Threatened Species™.

About the IUCN Species Survival Commission

The IUCN Species Survival Commission (SSC) is a science-based network of more than 8,000 volunteer experts from almost every country of the world. SSC’s major role is to provide information to IUCN on biodiversity conservation, the inherent value of species, their role in ecosystem health and functioning, the provision of ecosystem services, and their support to human livelihoods.