The Winners of the 2016 « Water and Environment » Media Competition 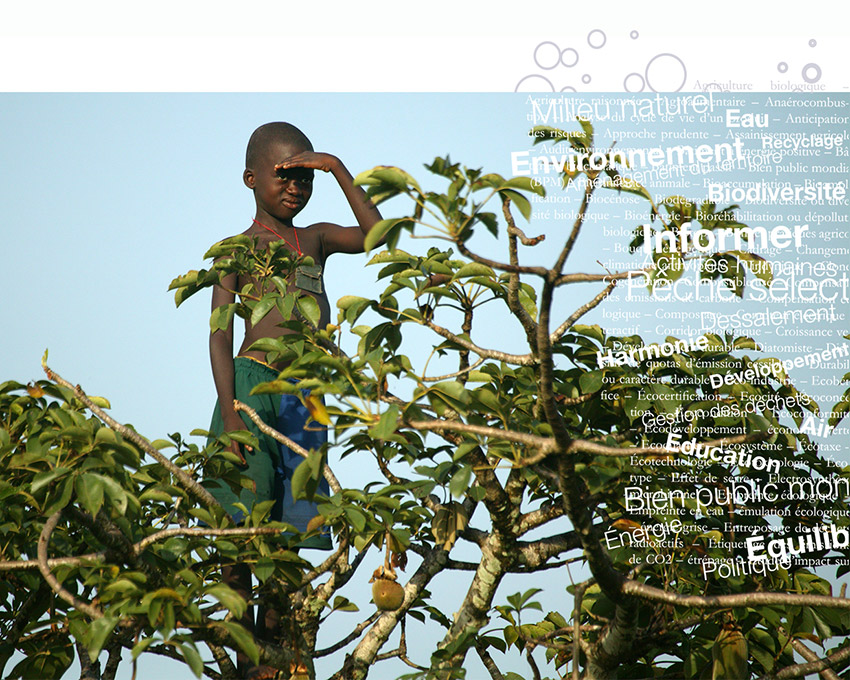 The competition which was launched on June 1, 2016 had two price categories: “Water” and “Sea”. Two winners were selected for each category. This third edition registered the participation of many journalists from several countries in West Africa. In the context of the IUCN campaign #NatureForAll.

The winners are as follows:

In the Water category

It goes to Ms. Alexandra DJOTAN of Benin for her 15 minutes’ radio programme entitled "Okpara and water in our glasses, a fight for survival" aired on June 28, 2016 on Radio Parakou and is summarized as follows: From 2010 to 2012, the Country Water Partnership of Benin experimented for the first time the IWRM approach (Integrated Management of Water Resources) in Benin. Three sites were selected for this purpose among which the Okpara dam, a multipurpose water reservoir which was endangered. The structure is located in the Northern part of the country precisely in the department of Borgou. The Okpara Dam is the main source of drinking water for the growing population of the city of Parakou. The magazine focuses primarily on the use of the dam, its degradation in connection with the behavior of different users. It then presents the interventions as part of the IWRM initiative and the achievements while focusing on their sustainability.

It went to Mr. Harouna SANA of Burkina Faso for "Bakata, people mobilize to protect their dam," a report of 14 minutes aired on June 23, 2016 on the National Radio of Burkina. Bakata is a village of more than 28 000 inhabitants, located a hundred kilometers from Ouagadougou in the western part of Burkina Faso. In 2012, a project of the Ministry in charge of Water offers the village a water reservoir, which in less than 4 years, has already shown strong signs of development. The people are proud but are conscious that this great gift might sink as quickly as it has brought them happiness, if they do not take care of it. There is a big mobilization to protect the reservoir, used by several categories of users in perfect harmony. The technicians of the Ministry for Water and Agriculture recognize that mobilization for the cause of the Bakata dam and its integrated management is a success. This local experience as little as it might be can serve as an example in Burkina Faso and elsewhere in West Africa.

In the Sea category

It goes to Ms. Mama Adama Keita of Guinea for her 15 minutes’ radio programme entitled "Participatory surveillance in coastal areas, the case of Guinea," aired on June 29, 2016 on the National Radio of Conakry / Koloma and that summarized as follows: Many threats are facing the fishery resources in Guinea because of its strategic location and the diversity of species shared with other countries in the sub region. To overcome the threat technical and financial partners (FAO) and sub-regional organizations including the PRCM, IUCN and WWF have supported initiatives aiming at the integration of stakeholders in the sound management of marine and coastal resources with the experimentation of a project on participatory monitoring. Thanks to the implementation of this project a strong collaboration was established between artisanal fishermen and the central administration through the exchange of information on the violation of good fishing practices that may be noticed.

It went to Mr. Youssouph BODIAN of Senegal for a report of 10 minutes aired on June 12, 2016 on Radio Future Media (RFM) entitled "The Co-management, last chance of survival!". The department Foundiougne (Fatick region) is one of the strongholds of shrimp production in Senegal. Thousands of tons are landed every year. The activity involves nearly 700 fishermen from Foundiougne and 20 from surrounding villages but also from the sub-region. This has created preat pressure on the resource. Since 2007, a biological rest period of one month (June-July) a year, is instituted to protect the overfished small shrimp. A decision taken by the Prefet prohibits during this period the shrimping on the request of fishermen who ensure the application of the measure. A fine was set up by the local committee of artisanal fishing for potential recalcitrant. To support fishermen during that time, welding supplies are distributed to them. Food is purchased with profits from the Community maritime hardware.

The first of each prize (Alexandra DJOTAN and Mama Adama Keita) are invited to take part in the World Conservation Congress organized by IUCN to be held from 1 to 10 September 2016 in Hawaii on the theme: Planet at the Crossroads with all costs covered by the organizers.

The second positioned winners will receive a cash prize of FCFA 300,000.

The level of participation in the third edition of the competition was high and journalistic works of good quality were presented.

GWP-WA, PRCM and IUCN-PACO take this opportunity to thank all applicants and renew their willingness to assist the media in carrying out their tasks of information playing their role as a relay to the public.