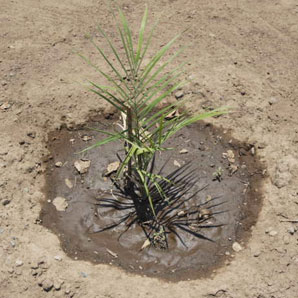 The two-day Forum has attracted business leaders, policy makers, environmental experts and academics from around the globe, including Richard Branson, founder of the Virgin Group, Katherine Garrett-Cox, chief executive of Alliance Trust, and Nicola Sturgeon, First Minister of Scotland. The event will explore the economic importance of protecting, restoring and investing in the natural environment.

“On the eve of potentially the single greatest international agreement on climate in Paris next week, we must remind ourselves of what is at stake,” said IUCN Director General Inger Andersen, an Ambassador for the Forum, in her keynote address.

“As we all stress the two-degree scenario, I remind you that even two degrees – which will be very hard to reach – will have severe and significant impacts on our planet and its ecosystems. Natural capital is our single greatest ally as we try to defend our most vulnerable communities from the onslaught of more frequent and severe storms, floods and droughts. We need to unlock the power of Nature."

Natural capital – including forests, river basins, wetlands and coral reefs – is critical for human well-being, the economy and a sustainable society. However, today’s economy fails to account for its impact on the natural environment, which is rapidly being depleted. The World Natural Forum on Natural Capital will look at how best to measure and value natural capital so that economic systems can include it in decision-making.

All of the Forum participants are being invited to sign an open letter to world leaders attending the UN Climate Conference in Paris next week, which calls on them to acknowledge that addressing the depletion of the world’s natural capital is vital to tackling climate change.

During the event, the Natural Capital Coalition, of which IUCN is a founding member, will launch a global consultation on the draft Natural Capital Protocol, which aims to help change the way businesses measure their impact and dependency on natural capital. Currently, more than 50 companies are testing the protocol and a final version is expected to be ready in July 2016.

For more information about IUCN’s role in the development of the protocol, click here.