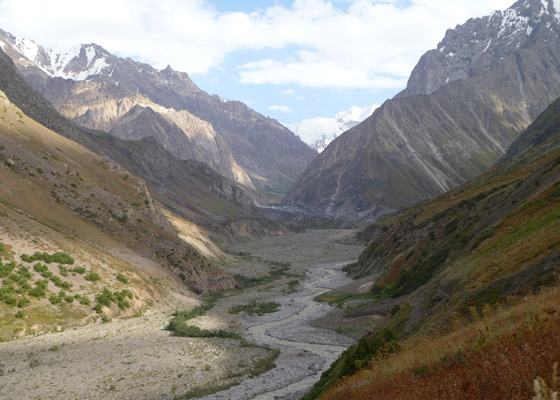 Situated in the East Pamirs, Tajik National Park is a vast area – 18% of the country – protecting almost the entire Pamir mountain range. It was added to the list of world’s most precious places because of its spectacularly varied landscapes including stark deserts, massive alpine lakes and extensive glacial fields.

The combination of some of the deepest gorges in the world, surrounded by rugged glaciated peaks, as well as the alpine desert and lakes of the Pamir high plateaux adds up to an alpine wilderness of exceptional natural beauty. The Park contains contains 170 named rivers and over 400 lakes, as well as the world’s longest glacier outside of the Polar Regions, the Fedchenko Glacier, which is 77km long. It is home to the brown bear, snow leopard, Marco Polo sheep, Siberian ibex, Indian goose and many endemic fish.

The following natural sites were recommended by IUCN for inscription on the World Heritage List this year, alongside Tajik National Park: Namib Sand Sea in Namibia and Xinjiang Tianshan in China, both of which were also adopted earlier today, as well as the extension of Mount Kenya National Park to include the Lewa Wildlife Conservancy and Ngare Ngare Forest Reserve; Mount Etna in Sicily, Italy and El Pinacate and Grando Desierto de Altar Biosphere Reserve in Mexico, which await decision.