The Arctic Fox, Leatherback Turtle and Koala are among the species destined to be hardest hit by climate change, according to a new IUCN review. 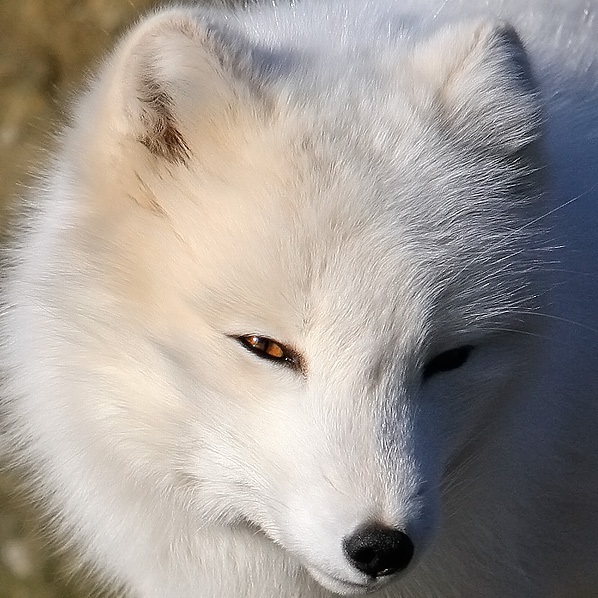 “Humans are not the only ones whose fate is at stake here in Copenhagen – some of our favourite species are also taking the fall for our CO2 emissions,” says report co-author Wendy Foden. “This report should act as a wake-up call to governments to make real commitments to cut CO2 emissions if we are to avoid a drastically changed natural world. We simply don’t have the time for drawn-out political wrangling. We need strong commitments and we need them now.”

Polar species are being affected by loss of ice due to global warming, according to the report. The Ringed Seal is being forced further north as the sea ice it relies on for pup-rearing retreats. The Emperor Penguin, highly adapted to unforgiving Antarctic conditions, faces a similar problem. Regional sea ice, which it needs for mating, chick-rearing and moulting, is declining. Reduced ice cover also means less krill, affecting food availability for the Emperor Penguin and many other Antarctic species.

The Arctic tundra on which the Arctic Fox depends is disappearing as warming temperatures allow new plant species to flourish. As the habitat changes from tundra to forest, the Red Fox, which preys on the Arctic Fox and competes with it for food, is able to move further north, reducing the Arctic Fox’s territory.

The Arctic’s Beluga Whale is likely to be affected by global warming both directly, through loss of sea ice and subsequent difficulty finding prey, and indirectly, through human activity as melting sea ice opens up previously inaccessible areas. Ship strikes, pollution and gas and oil exploration all put this highly sociable mammal at risk.

“Ordinary people are not powerless to stop these tragic losses,” says Simon Stuart, Chair of IUCN’s Species Survival Commission. “They can cut down on their own CO2 emissions and voice their support for strong action by their Governments to change the dire climate prognosis we are currently facing.”

The impacts of climate change are not confined to polar regions. In more tropical areas, staghorn corals, which include some 160 species, are severely affected by rising ocean temperatures, which causes coral bleaching. Ocean acidification, the result of too much CO2 in the oceans, weakens the corals’ skeletons.

Clownfish, of “Finding Nemo” fame, are also victims of ocean acidification. Acidic water disrupts their sense of smell, impairing their ability to find their specific host anemone, which they rely on for protection. Salmon, worth hundreds of millions of dollars to the commercial fishing industry, are threatened by increases in water temperature, which reduces water’s oxygen levels, increases their susceptibility to disease and disrupts their breeding efforts.

Australia’s iconic Koala faces malnutrition and ultimate starvation as the nutritional quality of Eucalyptus leaves declines as CO2 levels increase. The Leatherback Turtle, another iconic species, is being affected by rising sea levels and increased storm activity due to climate change which destroys its nesting habitats. Temperature increases may lead to a reduction in the proportion of males relative to females.

An increase in CO2 levels does not just affect animals however; it also impacts on the world’s plants. The Quiver Tree, found in the Namib Desert region of southern Africa, is losing populations in the equator-ward parts of their distribution range due to drought stress. They highlight the problems that all plants and slow-moving species face in keeping up with rapidly accelerating changing climate.

“Several of the species highlighted in the report are already listed as threatened on the IUCN Red List of Threatened Species, due to other threats such as habitat destruction or over harvesting,” says Jean-Christophe Vié, Deputy Head of IUCN’s Species Programme. “Others are not currently threatened on the IUCN Red List, but will be very soon as the effects of climate change materialise. For a large portion of biodiversity, climate change is an additional and major threat.”

The production of the IUCN Red List of Threatened Species™ is made possible through the active participation of the Red List Partners IUCN, the IUCN Species Survival Commission, Conservation International, BirdLife International, NatureServe, and ZSL.