A unique international project partnership involving IUCN Member organizations, the Royal Society for Protection of Birds, The Nature Conservancy and the US Fish & Wildlife Service is helping to restore a series of islands and seabird habitats in the Pacific by removing alien invasive rats which have wreaked havoc on native biodiversity. 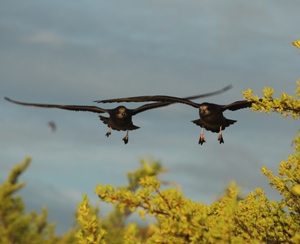 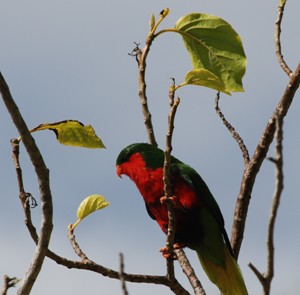 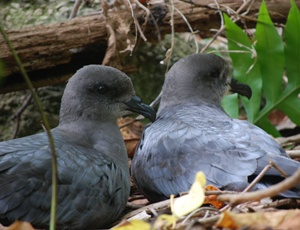 Introduced rats prey on seabird eggs and chicks causing severe declines in bird populations. They also compete with native species for food and degrade ecosystems by eating the seeds of native plants.

The Research vessel MV Aquila is making a ‘voyage of conservation’ of 27,000km, carrying experts, two helicopters and equipment that will be shared by the projects aimed at removing invasive alien rats from several islands. This is seen as the first step towards island restoration.

Rats are being removed from Palmyra Atoll and from islands in two World Heritage Sites: Enderbury and Birnie from the newly-inscribed Phoenix Islands Protected Area in Kiribati, and Henderson Island of the Pitcairn Group, a UK Overseas Territory.

The MV Aquila set sail from Seattle reaching Palmyra in early June this year. Members from Island Conservation (IC), the US Fish & Wildlife Service (USFS), The Nature Conservancy (TNC), the US Department of Agriculture (USDA), and the US Geological Survey (USGS) began removing rats using bait spread from the air and by hand. Some members of IUCN’s Invasive Species Specialist Group have been involved in the project in an advisory capacity.

Part of the Line Islands archipelago, Palmyra Atoll is among the most isolated island systems in the world. This Atoll in the central Pacific is a complex of small islands and islets encircling a system of three lagoons and surrounded by more than 16,000 acres of coral reefs. Palmyra Atoll is home to some of the last remaining stands of Pisonia forests, the world’s largest invertebrate, the coconut crab (Birgus latro), one of the largest red footed booby (Sula sula) populations and many other seabird species.

PIPA, the world’s largest marine World Heritage Site, is home to more than 200 types of coral, 500 fish species, 18 marine mammals and 44 bird species including tens of thousands of nesting seabirds that are at risk from the introduced rats.

Towards the end of July, Birnie and Enderbury were targeted by two helicopter drops of bait to remove rats. The project was deemed a success and the MV Aquila headed for Samoa on its way to its final destination, Henderson Island, the World Heritage Site of the Pitcairn Islands group.

The Royal Society for Protection of Birds (RSPB)-led project aims to eradicate the introduced rat from Henderson. The project is due for completion this month, aiming to declare Henderson rat-free by late 2013, the 25th anniversary of Henderson's designation as a World Heritage Site.

“This is a world-first: a multi country, multi-island rodent eradication operation involving numerous partners,” says Jonathan Hall of RSPB. “Working with so many organisations in numerous different time zones is not without challenges, but the technical, financial and conservation gains are enormous. The boat is currently sailing towards Henderson Island, and we look forward to updating on the final leg of this unique voyage in due course.”

The only known breeding site of the endemic and Endangered Henderson petrel (Pterodroma atrata), Henderson Island has largely unaltered ecosystems; it is uninhabited with rough terrain and difficult access. With the exception of a few introduced plant species, including coconut palms, it is one of the few undisturbed elevated limestone islands in the world and is designated as an Endemic Bird Area. Nest predation by introduced Pacific rats (Rattus exulans) has been shown to significantly decrease the nesting success of the Henderson petrel.

Royal Society for the Protection of Birds RSPB