The pros and cons of biodiversity offsets

Protecting forests and restoring wetlands are some of the actions companies and governments are taking to make up for biodiversity lost as a result of their development activities. These measurable conservation actions - designed to compensate for unavoidable impacts, on top of prevention and mitigation measures already implemented - are known as biodiversity offsets. The goal of offsets is to achieve no net loss and preferably a net gain of biodiversity on the ground in relation to species’ numbers, habitat and ecosystem function. 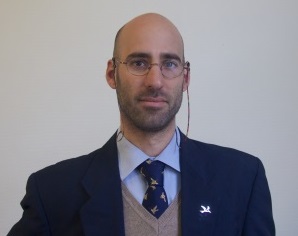 Some of IUCN’s member organisations have been involved in advising government and industry on offsets for several years. But with the rapid emergence of offsets, both voluntary and regulatory, there is lack of clarity on what they mean, how to design and implement them, and what mechanisms can be put in place to ensure they are used properly, and even more importantly, when offsets cannot or should not be used.

In response, IUCN has developed a draft policy on biodiversity offsets and is conducting a global consultation process seeking input.  The deadline is 15 September.

Why does BirdLife care about biodiversity offsets?

Are BirdLife’s programmes affected by biodiversity offsets in countries where it works?

Yes, of course. For example, in recent years, there has been a lively debate around the EU No Net Loss Initiative and offsets are part of that discussion. In the EU, legislation around the Natura 2000 sites – which are often important bird areas – includes offsets, or rather compensation of any damage remaining when development projects are authorised for reasons of overriding public interest. In other areas of the world, countries and companies are already implementing offsets, so this impacts a lot of places where we work.

What is the relationship between biodiversity offsets and the mitigation hierarchy in important bird areas?

It is really important to understand that a stand-alone discussion about biodiversity offsets does not make any sense. If you are trying to undertake a new development project, and there is strict legislation that says you cannot destroy certain habitats, you might be stopped right there. Or under certain circumstances and conditions, you might be allowed to compensate for any damage caused by using offsets, in other words, restoring and/or conserving biodiversity elsewhere.

For example, if you are trying to build a railway though a biologically important area that could prevent animals from migrating, then you might need to build an overpass so the animals can still use the land with minimal disruption.

After thoroughly applying all the steps of the mitigation hierarchy – which is an established tool used to help manage biodiversity risk – there may still be a decision to develop based on public interest or the needs of society. Then, even if the development is in the best place and built in the best way, but will still cause damage, you need to reduce the overall damage by taking conservation action and ensuring the development will improve similar habitats and species and maintain ecological functionality.

What is the general feeling across the BirdLife network about offsets?

BirdLife is quite wary of offsets in general. We recognise that offsets can play a role within the mitigation hierarchy, in some cases. But I think there is widespread worry in the biodiversity family about this current ‘fashion’ for offsets, which tries to present offsets as a stand-alone solution  and this takes away the emphasis on avoidance.  This is dangerous because it risks facilitating inappropriate development that should not happen in certain places. So, many BirdLife partners are engaging in offsets schemes, but only when they believe it can play a positive role and only when they are an integral part of a sound avoidance framework.

Given your experience working on policy issues across Europe, what are some of the current discussions on biodiversity offsets and a ‘no net loss’ approach?

The biodiversity offsets discussion is controversial because some governments are pushing for offsets as a way to “speed up development”, so basically as a way to undermine overall land planning and allow harmful development on protected land. This has generated a lot of opposition.

On the other hand, certain forms of offsets, such as compensation enshrined in the EU Habitats Directive, are clearly framed in a solid mitigation hierarchy process, which means certain species and sites of concern cannot be damaged. There are also very variable experiences with offsets as part of national legislation.

Some European countries have biodiversity offsets written into their legislation. One thing that is clearly important in the European context is the level of governance in a country or region. Where you have strong land planning and regional authorities, who can assess plans, monitor and refuse applications if necessary, offsets can play a positive role because this type of oversight can ensure residual damage is compensated.

Where governance is weak and dubious, and development projects get approved because of corruption or incompetence, offsets might be environmentally damaging.

What could IUCN learn from biodiversity offset experiences to date and what pitfalls should it try to avoid in regards to this policy?

The most important thing from my point of view is for IUCN to take away the specific focus on biodiversity offsets and put it on avoidance and mitigation. As long as we consider offsets as a stand-alone policy, we risk being misunderstood or even manipulated.

As a world authority on conservation, IUCN needs to promote sound land planning and licensing procedures that are based on the mitigation hierarchy. This would be a service to the conservation community. Then, all of the technical advice on how to handle offsets would be useful because it would sit within a sound framework.

One of the sensitivities around the offsets debate, which is less of an issue in Europe than in other parts of the world, concerns the potential social implications. One of the fears is that offsets could trample over the rights of local communities and be used to remove people from their land. The IUCN Biodiversity Offsets policy needs to recommend that offsets are developed following a Rights-based Approach.

If and when this policy is approved, what should IUCN do with it?

It will be important to share the new policy with both governments and investors, and ask them to bring their legislation, policies and codes of conduct into line with the policy. This means they should adhere to sound land planning and the mitigation hierarchy in the development and licensing of large-scale projects that are damaging to biodiversity. Decision makers will take notice of an IUCN global standard and this is why IUCN has a big responsibility.

For additional information or to provide comments on the draft IUCN policy on biodiversity offsets, please visit: www.iucn.org/offsets.