Lois Lippold, from the Douc Langur Foundation, an SOS Grantee reports on another heartening development in her project's work to protect the Endangered Langurs and Gibbons of Vietnam's Chu Mom Ray Park. In August 2013, Lois reported the first successful arrest of a poacher in the park. But in the last three months alone, the Chu Mom Ray National Park have confiscated more than 100 motorbikes and destroyed 5795 snares and traps. 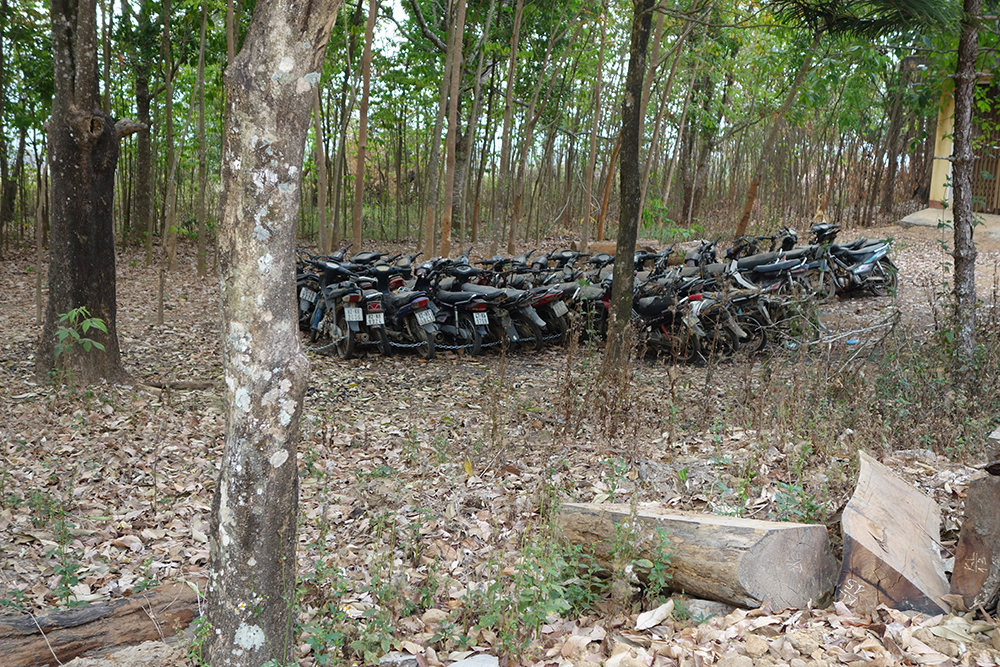 Lois explains that, these are important results because motorbikes are the main transportation of poachers in the park. If you have ever visited Vietnam you might appreciate just how important is the eponymous motorbike - there an estimated 40 million such vehicles in a land of 80 million people. And anything that can be balanced will be carried on two wheels. Thus according to park officials, the loss of these high powered motorbikes deals a severe blow to poachers who use the bikes to transport everything from Critically Endangered gibbons to rare hardwoods out of the park.

Snare and trap teams have also found and destroyed 5795 snares and burned 27 hunter’s camps. This success has come from both mobile snare and trap teams and checkpoints on heavily traveled provincial roads. These operations have netted the largest number of motorbikes and violators ever arrested in a three month period in a national park in Vietnam, asserts Lois. The snares and traps have already been destroyed while it remains to be seen what can be done with the motorcycles.

What is more, according to Lois, these confiscation practices have sent a strong message to poachers around Chu Mom Ray National Park, Vietnam. It is apparent there is at least an economic disincentive to getting caught. While a new light motorcycle can be acquired for less than a couple of hundred dollars, it is worth considering that sum is equivalent to an average month's salary in Vietnam.