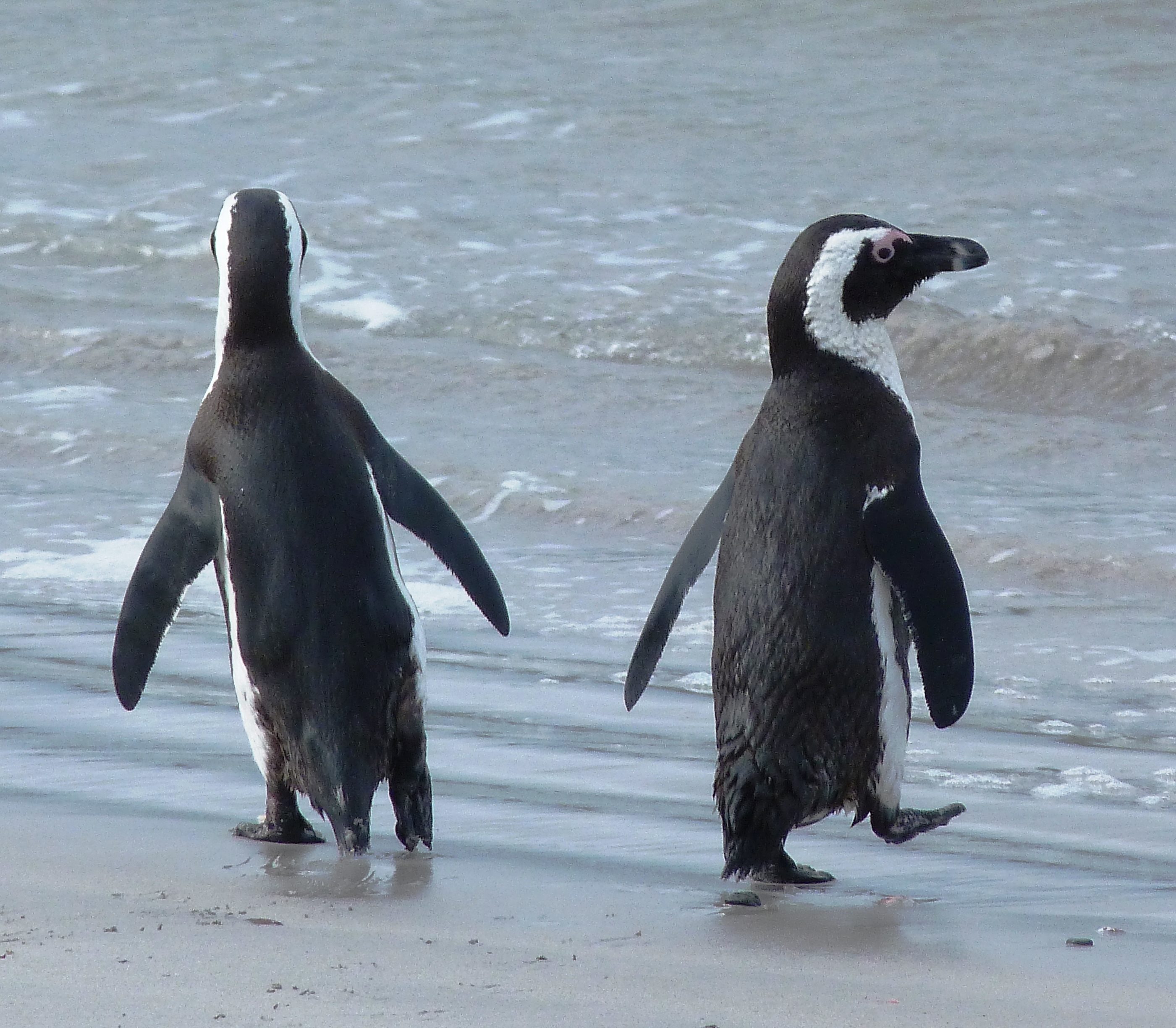 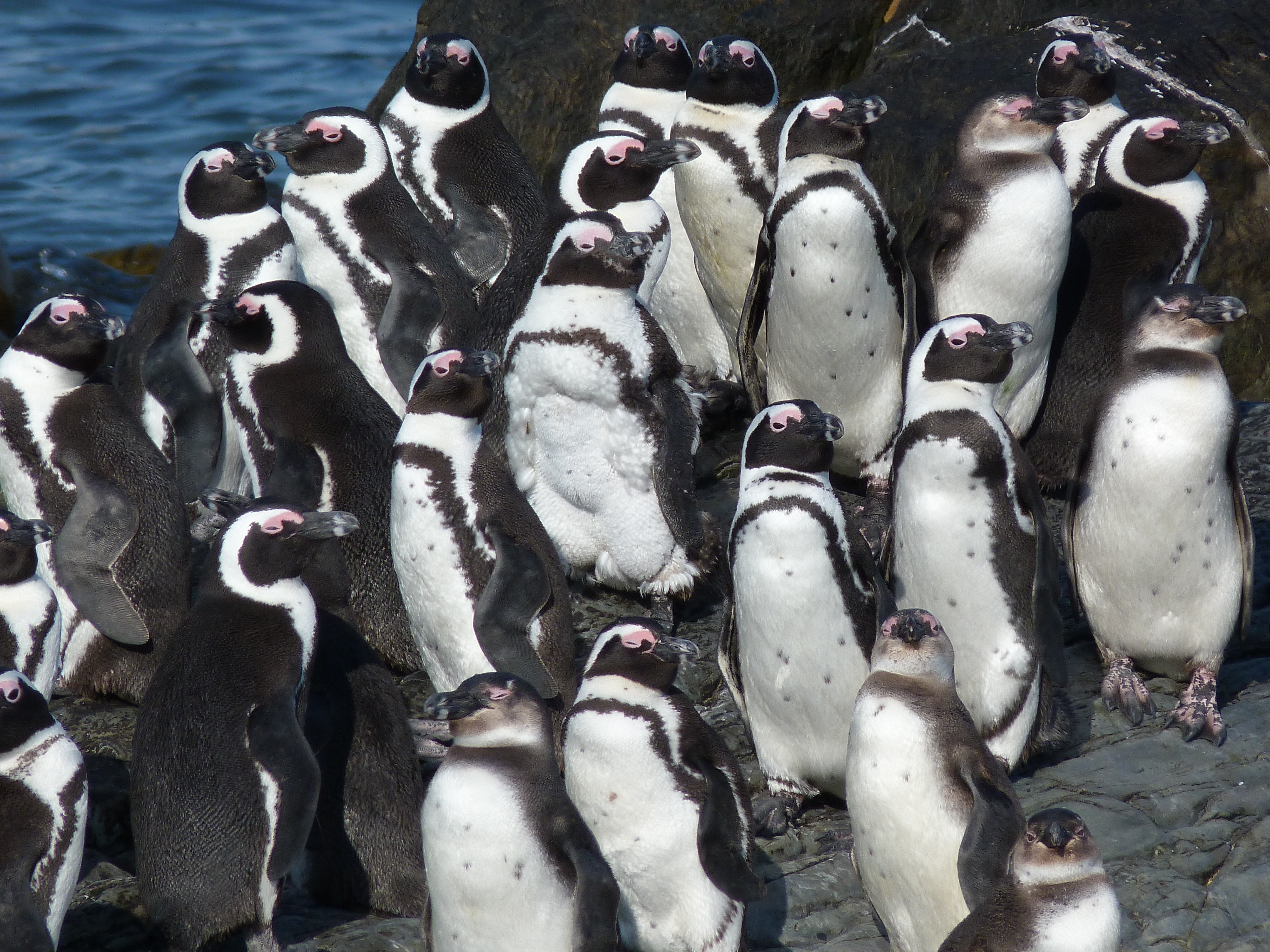 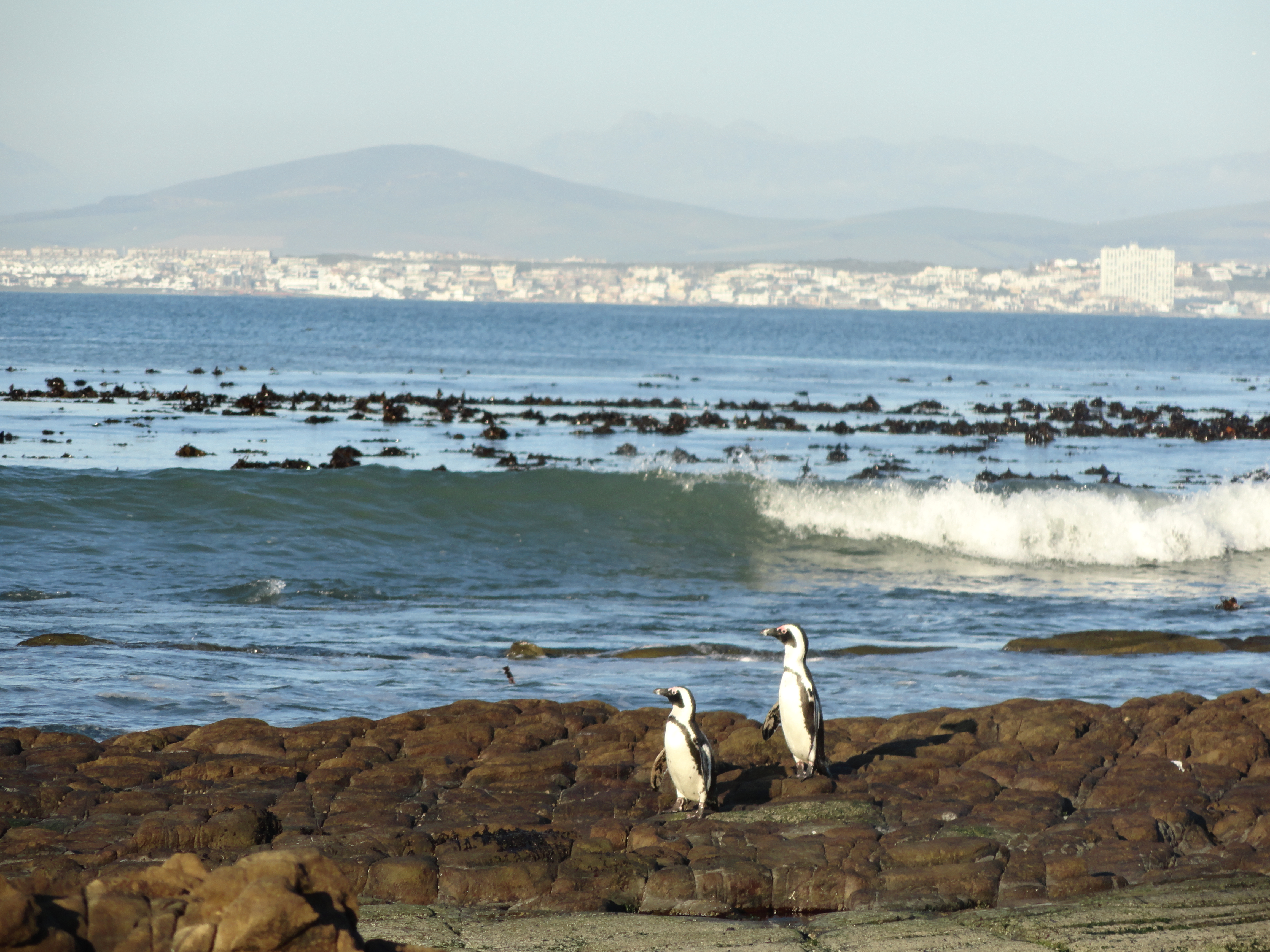 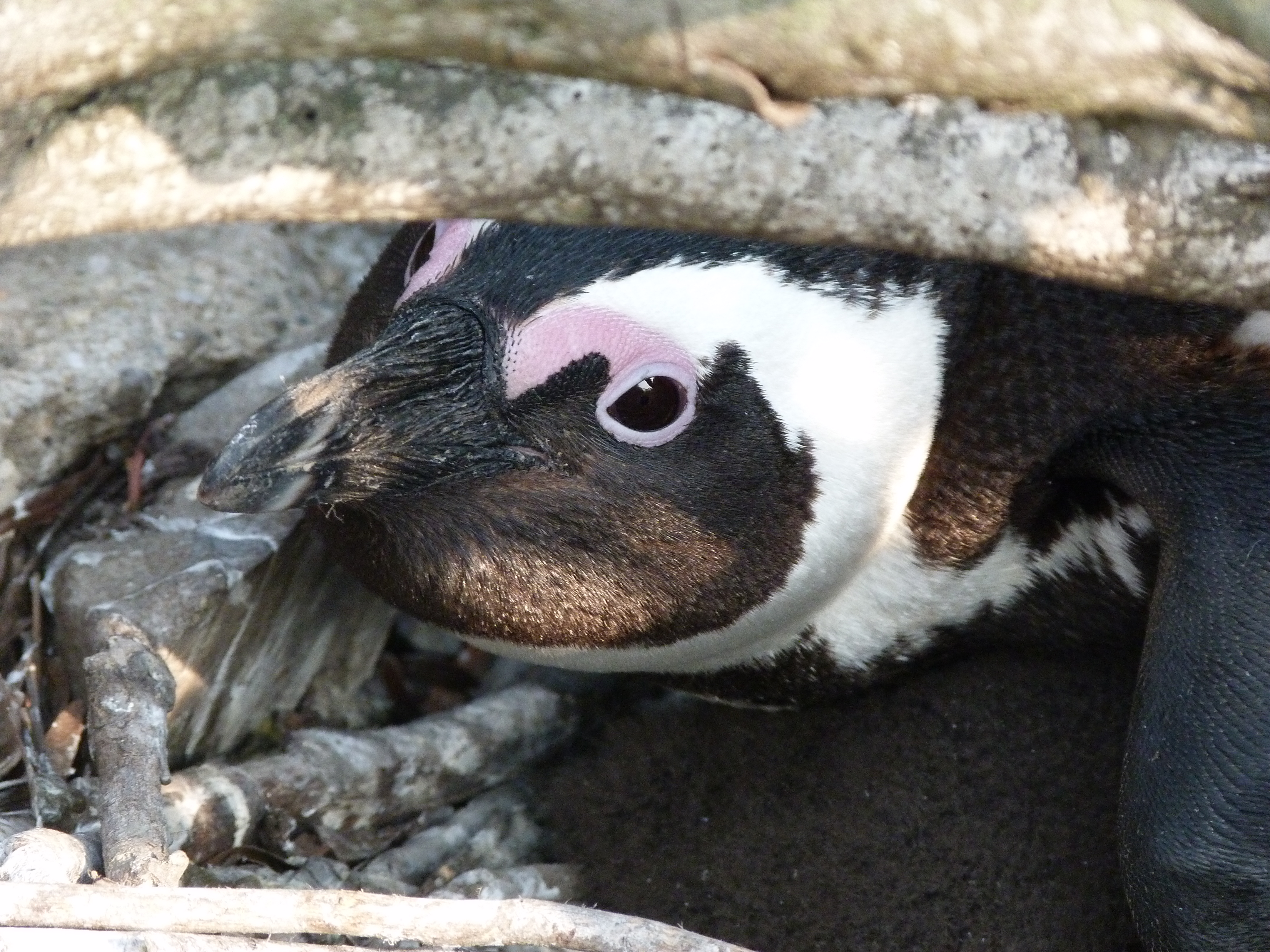 Caroline, of IUCN’s Ecosystem Management Programme, was among a lucky few chosen to join an expedition organized by IUCN Member Earthwatch UK, to monitor the African Penguin as a volunteer. The group was based on Robben Island, 7km off the coast of Cape Town.

Robben Island, now a World Heritage Site, is where Nelson Mandela and other political opponents were imprisoned during the Apartheid years. It is home to a number of South Africa’s seabird species that are found nowhere else and is one of their most important breeding sites.

The island supports a colony of African Penguins (Spheniscus demersus), one of 27 colonies over a range that stretches from Namibia to Port Elizabeth, South Africa. Globally, the African penguin population has crashed by more than 80% in just over 50 years and the species is now listed as Endangered on the IUCN Red List of Threatened Species. Robben Island’s population of African penguins has dropped steadily over the last decade. Experts say the decline highlights the need for further research to understand the relationships between survival, breeding success, colony mobility and food availability with increasing sea surface temperatures and a changing climate.

This is where Caroline and her fellow volunteers come in. The project was started in 2001 and aims to understand the underlying causes for the decline and use that information to help develop appropriate conservation measures.

“On arrival we were given a tour of the island and a briefing of what would be expected of us as part of the expedition team,” Caroline explains. “Nest checks were first on our list. Certain nest sites were identified at the beginning of the breeding season and were tagged and marked with GPS codes. They consisted of a variety of natural burrows under vegetation; nest boxes constructed and placed in strategic nesting areas, or artificial burrows made from a fibre glass type structure and partially submerged underground.”

“As the nests had been identified in winter when the ground and branches were bare, by spring-time with the vegetation growing rapidly, most of the nests were difficult to find without GPS codes and other land based descriptions. Checks were carried out only twice during our expedition so as to cause the least amount of disturbance to the penguins. We noted the contents such as abandoned eggs, number of chicks and at what stage they were at in their development. If an adult was present it was photographed and its markings to be checked on the database.”

Caroline also helped carry out counts of other species living on Robben Island including guinea fowl, three species of antelope and fallow deer.

“Another task to be carried out was chick monitoring. This was done by first of all capturing the chicks – the adults protect their nests and won’t hesitate to bite—as do the chicks! As the nests are often under bushes, amongst nettle patches and very well hidden, some chicks were particularly difficult to get out of the nests. By measuring the head length and mass of the chicks we can tell how well they are being fed. Any chicks found to be in a poor condition (there is a ‘chick condition index’ to refer to) whereby their chances of survival without intervention were low, were removed from their nests. These chicks were given some liquid food through a tube and syringe, before being shipped back to the mainland where the South African Foundation for the Conservation of Coastal Birds (SANCCOB) – a seabird rescue and rehabilitation centre in Cape Town (another IUCN Member) would try to rehabilitate them before releasing them back to the wild.

“After a bad storm, we had warning of an oil slick heading for the Island. This leak was coming from an old ship which had sunk many years ago. Thankfully, we spotted only three penguins covered in oil. After a rescue mission involving a diver, these were taken to SANCCOB for cleaning and release.”

“This was a chance of a lifetime, an unforgettable experience,” says Caroline. “It was fantastic to be able to take part in some hands-on work with penguins, to see them in the wild, going about their daily business.”

“I felt like I was doing something useful, something that would make a difference, collecting important data that would influence decisions. I’d like to go back in a year or two to see how the research is going.”

The group, of all ages, got on very well, says Caroline, and were all passionate about what they were doing. “All we talked about was penguins!”

The project results will advise conservation actions for South Africa’s seabirds. Data collected has already been used to back recommendations made by a group of specialists to close offshore waters near penguin breeding colonies during the breeding season. Lack of fish stocks in the area seems to be one of the main reasons for the decline in numbers of breeding pairs. Adult pairs are known to be faithful to their mates and return to the same nesting colonies year after year, but younger birds breeding for the first time are known to go elsewhere to nest. Research is ongoing as to know how to help them re-colonize in another area where fish stocks are more plentiful.

The project results will be incorporated into sea bird conservation plans and will influence laws governing the allowable catches of the fishing industry as well as help policy makers determine where to establish protected marine areas. The data collected will also ensure that tourist visits to the penguin colonies do not harm the birds by disrupting their breeding behaviour and success.

Caroline can be contacted at: caroline.edgar@iucn.org 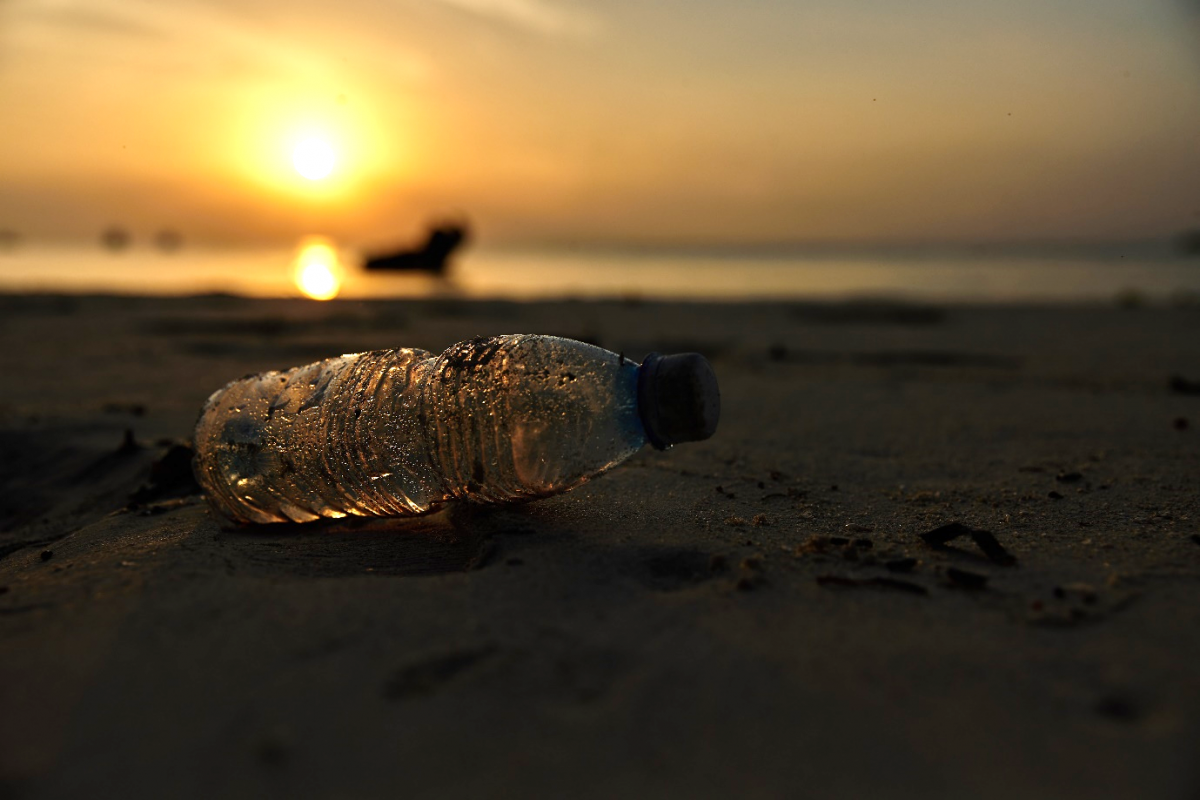 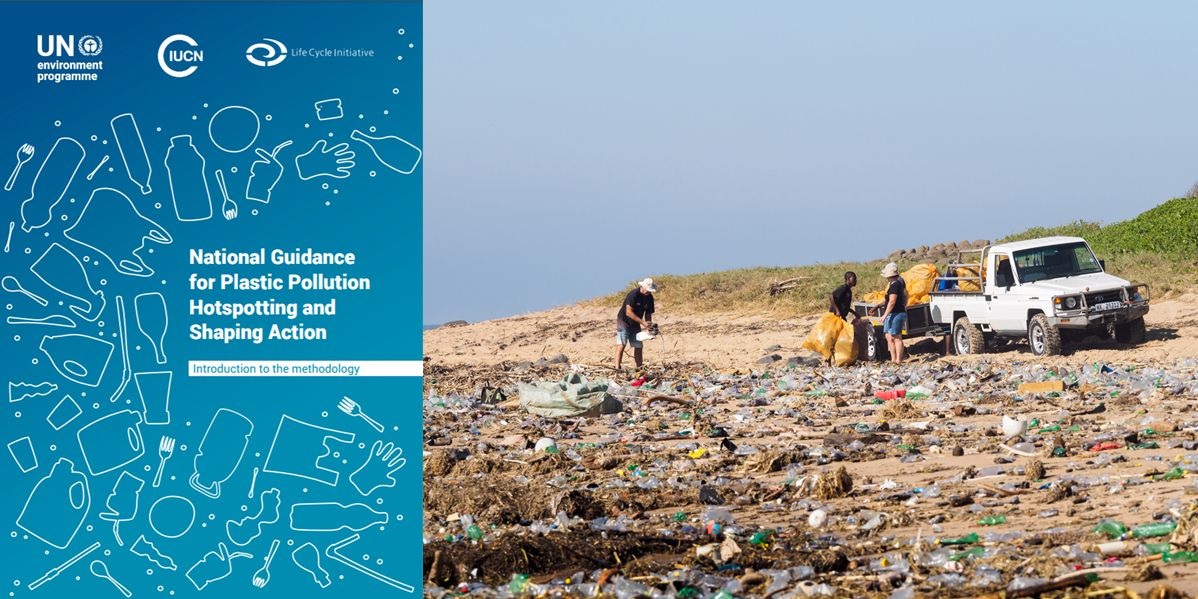