Gland, Switzerland, 5 October 2015 (IUCN) – Thirty-one percent of cactus species are threatened with extinction, according to the first comprehensive, global assessment of the species group by IUCN and partners, published today in the journal Nature Plants. This places cacti among the most threatened taxonomic groups assessed on The IUCN Red List of Threatened Species™ - more threatened than mammals and birds. 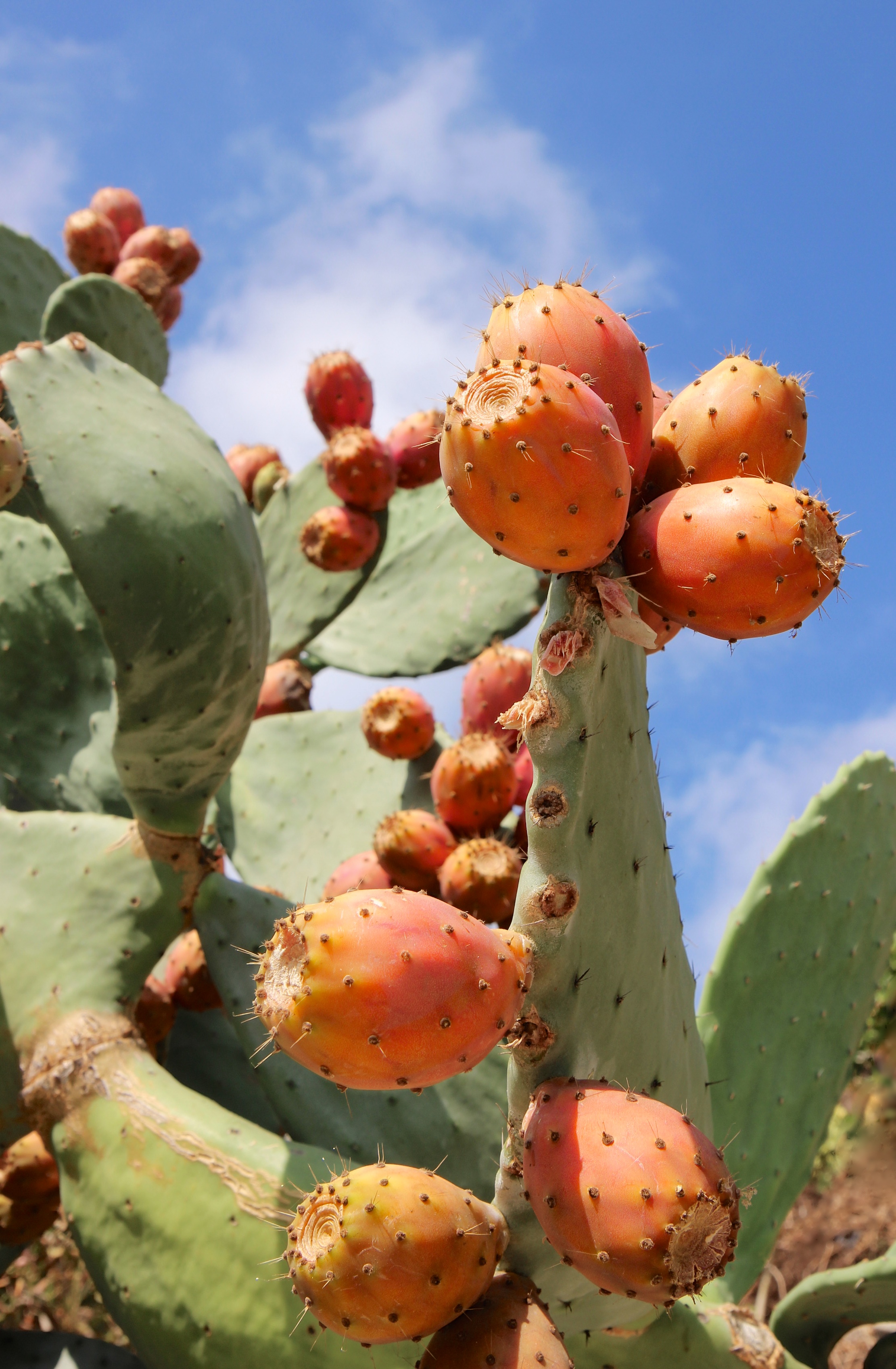 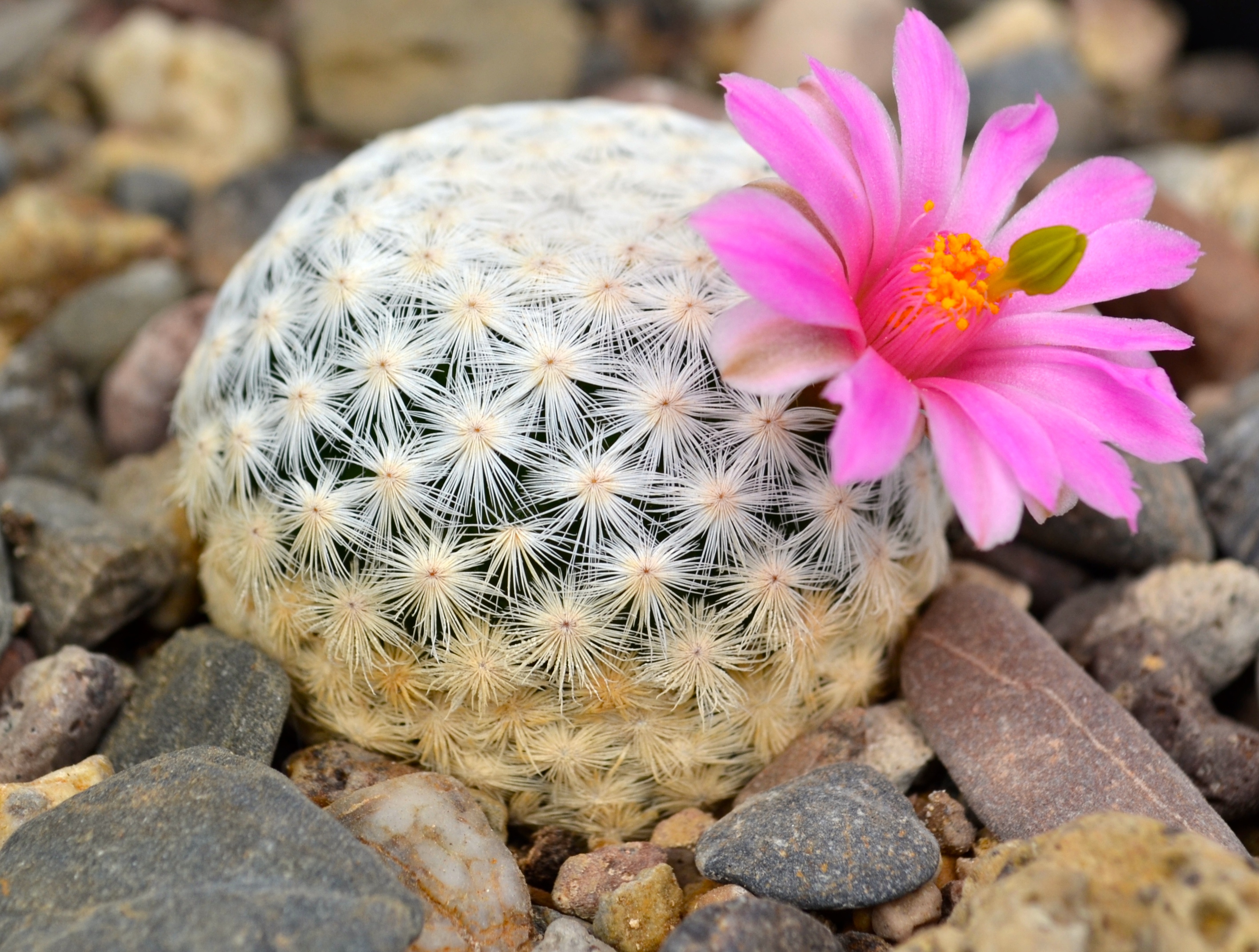 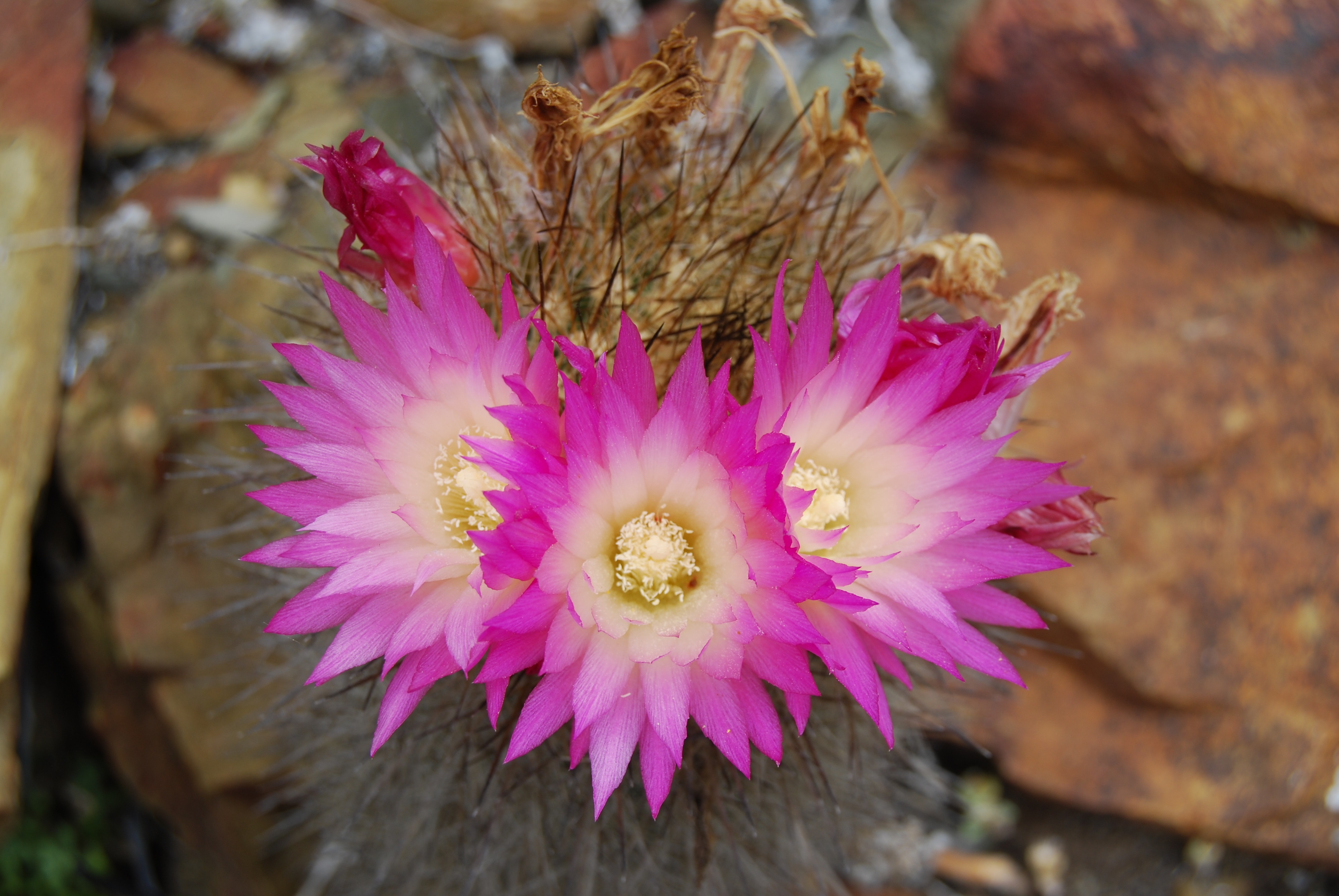 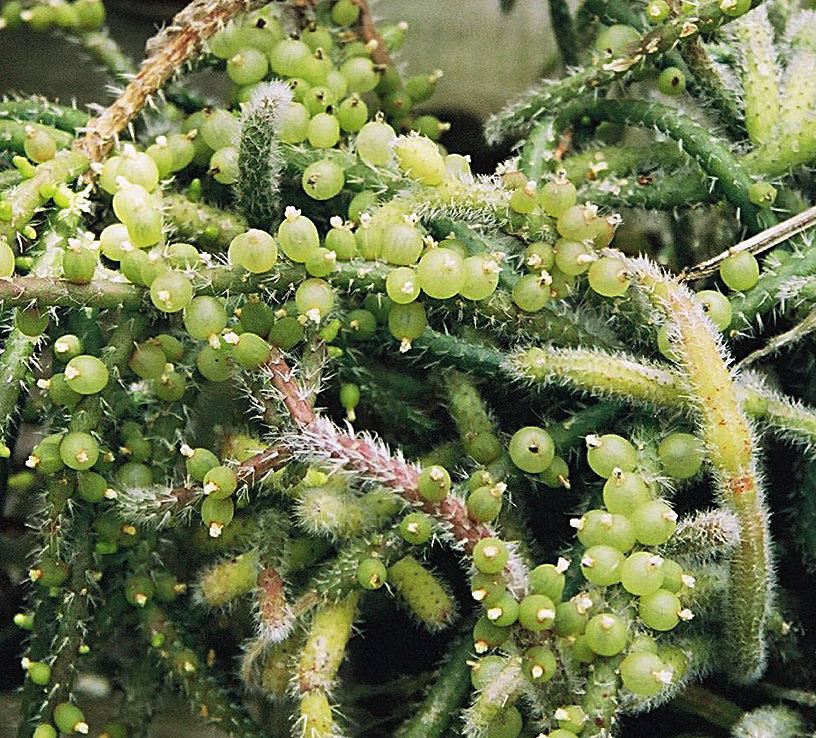 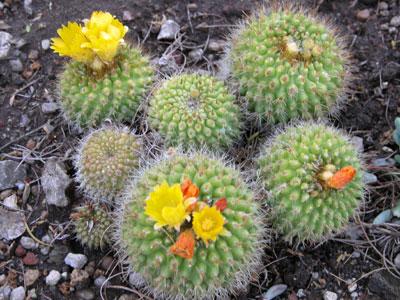 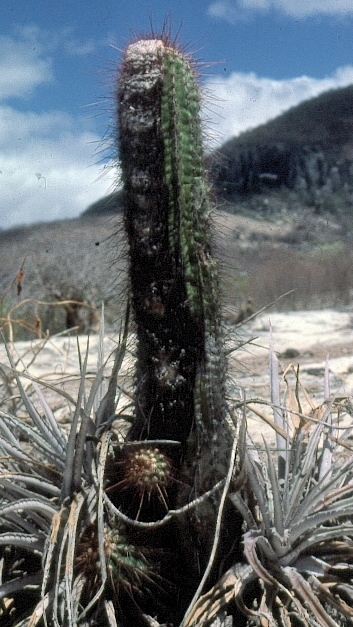 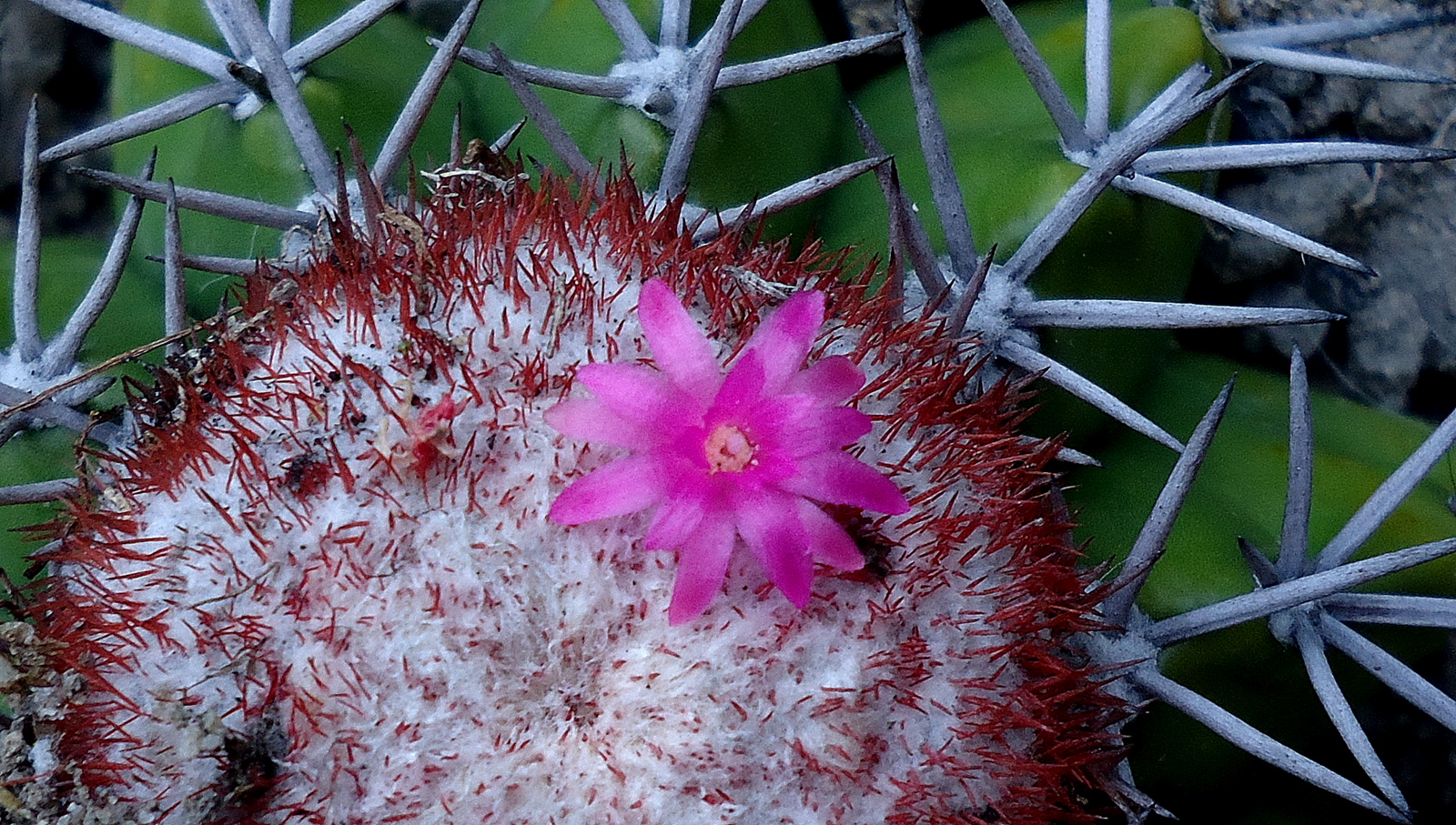 According to the report, cacti are under increasing pressure from human activity, with more than half of the world’s 1,480 cactus species used by people. The illegal trade of live plants and seeds for the horticultural industry and private collections, as well as their unsustainable harvesting are the main threats to cacti, affecting 47% of threatened species.

“These findings are disturbing,” says Inger Andersen, IUCN Director General. “They confirm that the scale of the illegal wildlife trade – including trade in plants – is much greater than we had previously thought, and that wildlife trafficking concerns many more species than the charismatic rhinos and elephants which tend to receive global attention. We must urgently step up international efforts to tackle the illegal wildlife trade and strengthen the implementation of the CITES Convention on International Trade in Endangered Species, if we want to prevent the further decline of these species.”

Cacti are key components of New World arid ecosystems and are critical to the survival of many animal species. They provide a source of food and water for many species including deer, woodrats, rabbits, coyotes, turkeys, quails, lizards and tortoises, all of which help with cactus seed dispersal in return. Cactus flowers provide nectar to hummingbirds and bats, as well as bees, moths and other insects, which, in turn, pollinate the plants.

Cactus species are widely used by people in the horticultural trade, as well as for food and for medicine. Their fruit and highly nutritious stems are an important food source for rural communities. The nutritional value of one cactus stem of Opuntia ficus-indica – a ‘prickly pear’ cactus popular in Mexico, where it is known as ‘nopal’ – is often compared to that of a beef steak, and the roots of species such as Ariocarpus kotschoubeyanus which is listed as Near Threatened, are used as anti-inflammatories.

Trade in cactus species occurs at national and international levels and is often illegal, with 86% of threatened cacti used in horticulture taken from wild populations. European and Asian collectors are the biggest contributors to the illegal cactus trade. Specimens taken from the wild are particularly sought after due to their rarity.

“The results of this assessment come as a shock to us,” says Barbara Goettsch, lead author of the study and Co-Chair of IUCN’s Cactus and Succulent Plant Specialist Group. “We did not expect cacti to be so highly threatened and for illegal trade to be such an important driver of their decline. Their loss could have far-reaching consequences for the diversity and ecology of arid lands and for local communities dependent on wild-harvested fruit and stems.”

“This study highlights the need for better and more sustainable management of cactus populations within range countries. With the current human population growth, these plants cannot sustain such high levels of collection and habitat loss.”

The illegal trade in cacti has been reduced to a certain extent by the inclusion, since 1975, of most cactus species on CITES appendices and through the increased availability of plants grown from seed on the international market. However, the threat of collection prevails, especially in countries where the implementation of CITES has only recently been enforced.

For example, the once-abundant Echinopsis pampana, endemic to the puna desert of Peru, has been collected illegally for the ornamental plant trade at such high rates that at least 50% of the population has disappeared in the last 15 years. Its loss is irreversible as the areas that were once populated by the species have since undergone land use change for housing purposes. The species is now listed as Endangered.

Cacti are renowned for their diverse forms and beautiful flowers. They are endemic to New World arid lands except for one species, Mistletoe Cactus (Rhipsalis baccifera), which is also found in southern Africa, Madagascar and Sri Lanka. Hotspots for threatened cactus species include arid areas of Brazil, Chile, Mexico and Uruguay. These areas are perceived as uncharismatic and unimportant, even though they are rich in biodiversity, hence arid-land species like cacti are often overlooked in conservation planning. The report’s authors highlight the need to broaden arid land protected area coverage and raise awareness about the importance of sustainable collection of cacti from the wild in order to better conserve the species.

“The startling results reflect the vital importance of funding and conducting assessments of the threatened status of all of the species in major groups of plants, such as the cacti,” says Kevin Gaston, from the University of Exeter, who co-led the Global Cactus Assessment. “Only by so doing will we gain the overall picture of what is happening to them, at a time when, as evidenced by the cacti, they may be under immense human pressures.”

“Cacti are extraordinary plants that concentrate water and nutrients used by natural and human communities, in some of the world’s most challenging environments,” says Mary Klein, President of NatureServe, an IUCN partner in facilitating assessments of North American and Caribbean cacti. “This study confirms that cacti are especially vulnerable, but that with focused attention on reducing the threats such as illegal harvest, we can conserve these miracles of nature for the future.”

• Cacti are native to the New World but species have been introduced to Africa, Australia, and Europe. For example, prickly pears (Opuntia spp.) were introduced to Australia in the 19th century and have since then become invasive species, spreading throughout the Outback and outcompeting native flora.

• Agriculture is the most widespread threat to cacti, affecting species in large parts of northern Mexico, Mesoamerica and the southern part of South America. Cacti in coastal areas, such as the Caribbean and the Baja California peninsula in Mexico, are mainly affected by residential and commercial development. In southern Brazil, conversion of land for eucalyptus plantations is affecting at least 27 species, including the Endangered Parodia muricata.

• More than 30 species, such as the Critically Endangered Coleocephalocereus purpureus in eastern Brazil are affected by quarrying. Arrojadoa marylaniae, also listed as Critically Endangered, may go extinct in the near future, as the single white quartz rock on which it is exclusively found is threatened by mining.

• In the north-western part of Mexico, species such as the Critically Endangered Corynopuntia reflexispina are unexpectedly becoming threatened by aquaculture, as shrimp farming expands into the desert.