Geographically bounded between Uyu and Chindwin rivers, the Htamanthi Wildlife Sanctuary has been the largest nature protected area in the Sagaing Region of Myanmar since its foundation in 1974. Covering 531,456 acres, this wildlife sanctuary hosts a variety of critical Asian large mammal species, such as tigers (Panthera tigris), Asian elephant (Elephas maximus), Asian largest Bovidae species the Gaur (Bos gaurus) and until not long ago the Sumatran rhino (Dicerorhinus sumatrensis). 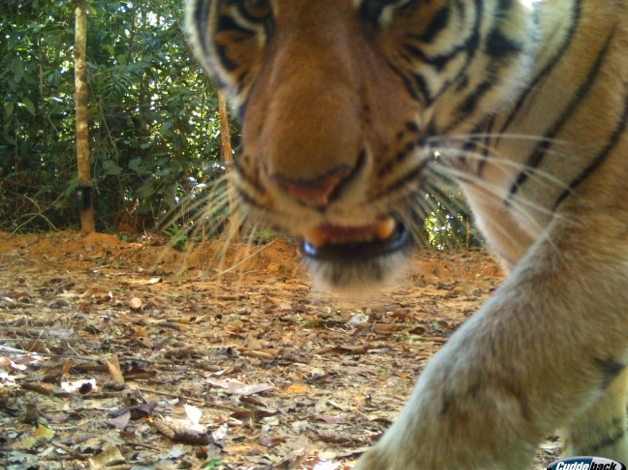 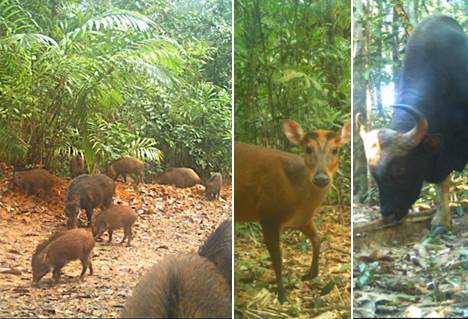 Tigers used to thrive in this sanctuary, as documented by numerous field reports collected in the 80s and 90s. In 1999, Wildlife Conservation Society (WCS) in collaboration with the Myanmar Forest Department engaged in a 3-year long scientific study to determine the status and distribution of tigers through the use of camera traps. This extensive study provided evidence of the presence of tigers not only within the Hukaung Valley Wildlife Sanctuary, but also in the Htamanthi Wildlife Sanctuary and in the Tenasserim Range (South of the country, where FFI is leading another ITHCP-funded project). These findings resulted in a National Tiger Action Plan for Myanmar, a document outlining the updated national strategy for tiger conservation and management that instructed conservation efforts for the following decade.

In the following decade, the tiger population suffered increasingly from prey depletion, habitat degradation and poaching. At the same time, in mid-2011, our conservation work in the region started to face increased interference from a deteriorating political climate resulting in clashes between the central government of Myanmar and both Kachin and Naga ethnic groups. Security concerns for our field researchers and lack of cooperation from local communities temporarily brought conservation programs for tigers in the Hukaung Valley to a standstill. Also in the Tenasserim Range in Southern Myanmar clashes with local insurgent groups undermined biological conservation projects for Asian big cats.
The tiger conservation situation quickly became so dire that towards the end of 2013 a BBC troupe sent to Myanmar for filming wild big cats only managed to identify only a handful of female tigers left in Htamanthi, thus putting conservation efforts at a stake.

WCS’s work in support of tigers and the whole surrounding ecosystem both in northern Myanmar and in northeast India continues nowadays with the support from ITHCP. This partnership allows WCS to continue monitoring threats and detrimental factors threatening the survival of the tiger population in Htamanthi and the whole Tiger Conservation Landscape 37. Based on the scientific evidence collected so far, the Htamanthi wildlife sanctuary represents a primary stronghold to support the recovery of the tiger population in Myanmar. ITHCP is looking forward the challenges and opportunities of linking Htamanthi’s tiger population with abundant source tiger populations in northeast India, such as Kaziranga National Park.