From despair to repair: Dramatic decline of Caribbean corals can be reversed

Gland, Switzerland, 02 July 2014 (IUCN) – With only about one-sixth of the original coral cover left, most Caribbean coral reefs may disappear in the next 20 years, primarily due to the loss of grazers in the region, according to the latest report by the Global Coral Reef Monitoring Network (GCRMN), the International Union for Conservation of Nature (IUCN) and the United Nations Environment Programme (UNEP). 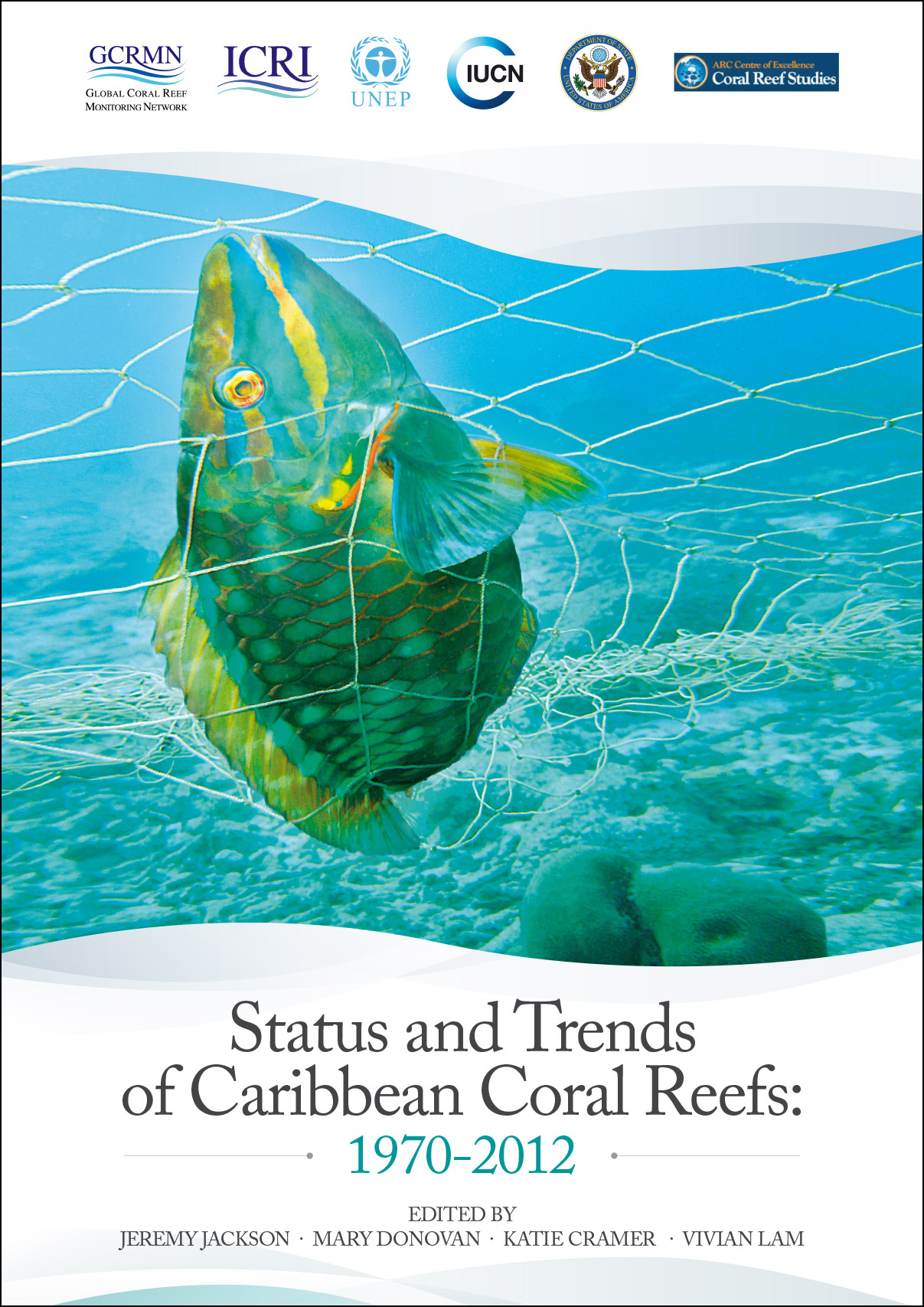 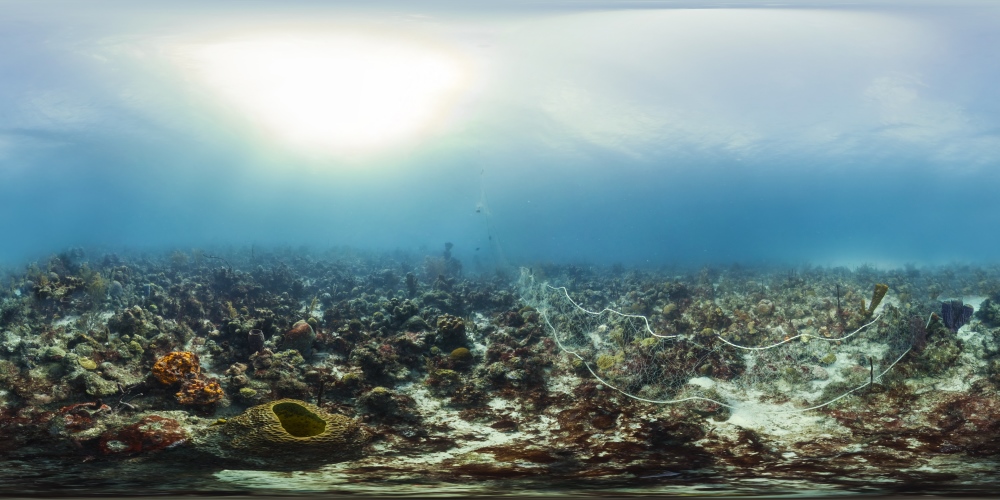 The report, Status and Trends of Caribbean Coral Reefs: 1970-2012, is the most detailed and comprehensive study of its kind published to date – the result of the work of 90 experts over the course of three years. It contains the analysis of more than 35,000 surveys conducted at 90 Caribbean locations since 1970, including studies of corals, seaweeds, grazing sea urchins and fish.

The results show that the Caribbean corals have declined by more than 50% since the 1970s. But according to the authors, restoring parrotfish populations and improving other management strategies, such as protection from overfishing and excessive coastal pollution, could help the reefs recover and make them more resilient to future climate change impacts.

“The rate at which the Caribbean corals have been declining is truly alarming,” says Carl Gustaf Lundin, Director of IUCN’s Global Marine and Polar Programme. “But this study brings some very encouraging news: the fate of Caribbean corals is not beyond our control and there are some very concrete steps that we can take to help them recover.”

Climate change has long been thought to be the main culprit in coral degradation. While it does pose a serious threat by making oceans more acidic and causing coral bleaching, the report shows that the loss of parrotfish and sea urchin – the area’s two main grazers – has, in fact, been the key driver of coral decline in the region. An unidentified disease led to a mass mortality of the sea urchin in 1983 and extreme fishing throughout the 20th century has brought the parrotfish population to the brink of extinction in some regions. The loss of these species breaks the delicate balance of coral ecosystems and allows algae, on which they feed, to smother the reefs.

Reefs protected from overfishing, as well as other threats such as excessive coastal pollution, tourism and coastal development, are more resilient to pressures from climate change, according to the authors.

“Even if we could somehow make climate change disappear tomorrow, these reefs would continue their decline," says Jeremy Jackson, lead author of the report and IUCN’s senior advisor on coral reefs. "We must immediately address the grazing problem for the reefs to stand any chance of surviving future climate shifts.”

The report also shows that some of the healthiest Caribbean coral reefs are those that harbour vigorous populations of grazing parrotfish. These include the Flower Garden Banks National Marine Sanctuary in the northern Gulf of Mexico, Bermuda and Bonaire, all of which have restricted or banned fishing practices that harm parrotfish, such as fish traps and spearfishing. Other countries are following suit.

“Barbuda is about to ban all catches of parrotfish and grazing sea urchins, and set aside one-third of its coastal waters as marine reserves,” says Ayana Johnson of the Waitt Institute’s Blue Halo Initiative which is collaborating with Barbuda in the development of its new management plan. “This is the kind of aggressive management that needs to be replicated regionally if we are going to increase the resilience of Caribbean reefs.”

Reefs where parrotfish are not protected have suffered tragic declines, including Jamaica, the entire Florida Reef Tract from Miami to Key West, and the U.S. Virgin Islands.

The Caribbean is home to 9% of the world’s coral reefs, which are one of the most diverse ecosystems on the planet. Caribbean reefs, spanning a total of 38 countries, are vital to the region’s economy. They generate more than US$ 3 billion annually from tourism and fisheries and over a hundred times more in other goods and services, on which more than 43 million people depend.

Supporting quotes:
"The decline in corals started long before climate change began to affect reefs," says Terry Hughes, author of the 1994 study that predicted the current problems due to parrotfish removal. “This report confirms that vigorous populations of grazing parrotfish are a common attribute of the healthiest Caribbean coral reefs. These ‘resilient reefs’ have strong local protections that are strictly enforced and double or triple the average coral cover of the 14% seen throughout the Caribbean.”

“Parrotfish populations, which are crucial to the very survival of coral reefs, are being destroyed despite their enormous economic and ecological value,” says Jerker Tamelander, head of the UNEP coral reef unit. “We urge the Caribbean nations to work together to protect them and jointly respond to the Caribbean coral reef crisis.”

Notes to editors
The report Status and Trends of Caribbean Coral Reefs: 1970-2012 was published by the GCRMN and IUCN, with the support from The International Coral Reef Initiative (ICRI), the ARC Centre of Excellence for Coral Reef Studies, United States State Department, United Nations Environment Programme (UNEP), Ministry of Economic Affairs of the Netherlands, Summit Foundation, McQuown Foundation and the Smithsonian Tropical Research Institute.

Key findings of the report:
• There has been a dramatic decline in Caribbean corals of more than 50% since the 1970s.
• The decline is not uniform and correlates only weakly with local extreme heating events, instead being mainly attributed to the severity of local stressors, in particular tourism, overfishing and pollution.
• Whilst climate change has badly affected Caribbean corals and continues to be a major threat, well-managed reefs have bounced back suggesting that climate change is not the main determinant of current Caribbean coral health and that good management practices can save larger areas of reef if tough choices are made.
• Loss of the two main grazers, parrotfish and sea urchin, has been a key driver of coral decline in the region as it breaks the delicate balance of coral ecosystems and allows algae to smother reefs
• The massive outbreak of coral diseases and mass die-off of sea urchin close to the Panama Canal suggest that the order-of-magnitude increase in bulk shipping in the 1960s and 1970s has introduced pathogens and invasive species that have since spread in the Caribbean.

Recommendations made in the report:
1. Adopt conservation and fisheries management strategies that lead to the restoration of parrotfish populations and so restore the balance between algae and coral that characterises healthy coral reefs;
2. Maximise the effect of those management strategies by incorporating necessary resources for outreach, compliance, enforcement and the examination of alternative livelihoods for those that may be affected by restrictions on the take of parrotfish;
3. Consider listing the parrotfish in the Annex II and III of the SPAW Protocol (The Protocol Concerning Specially Protected Areas and Wildlife) in addition to highlighting the issue of reef herbivory in relevant Caribbean fisheries fora;
4. Engage with indigenous and local communities and other stakeholders to communicate the benefits of such strategies for coral reef ecosystems, the replenishment of fisheries stocks and communities’ economy.

About ARC Centre of Excellence for Coral Reef Studies

Video about the implications of the report, featuring lead author Jeremy Jackson