2012 marks the start of The International Year of the Rhino

Increasing alarm for the fate of the two rarest rhinoceros species, and growing concern over the increased illegal hunting of rhinos and demand for rhino horn affecting all five species, has prompted President Susilo Bambang Yudhoyono of Indonesia to declare 5 June 2012 as the start of the International Year of the Rhino. President Yudhoyono took this step at the request of IUCN (International Union for Conservation of Nature) and other conservation organisations, because the future survival of both the Javan and Sumatran Rhinos depends on effective conservation action in Indonesia. 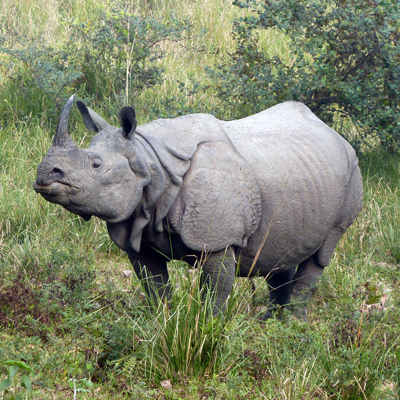 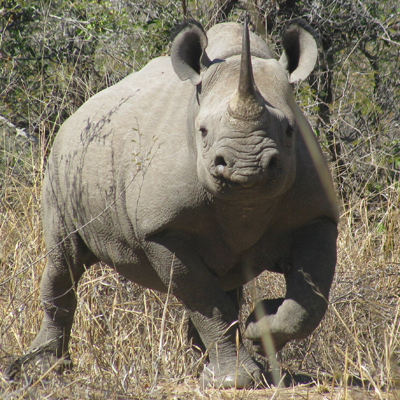 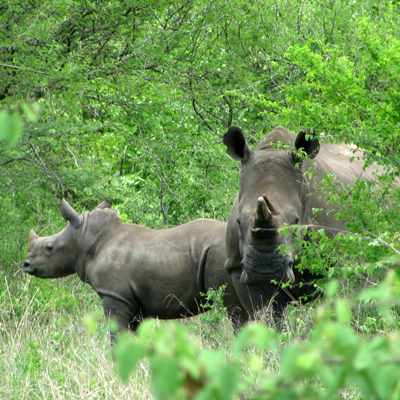 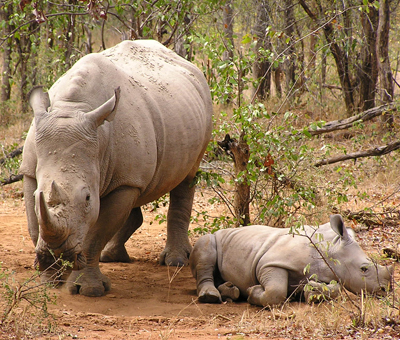 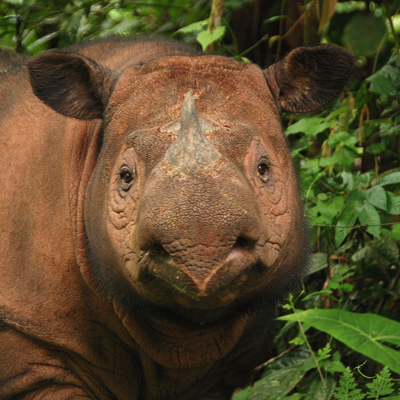 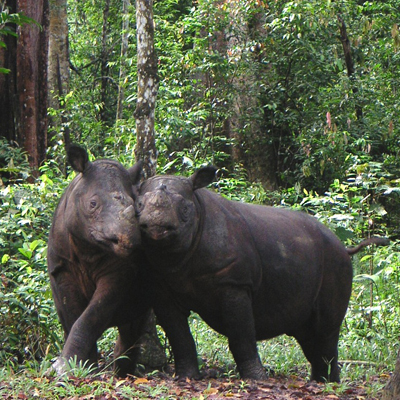 The government of Indonesia has also made commitments to establish a high-level rhino task force of national and international experts; allocate sufficient resources to enforce protection of remaining rhino populations, and ensure that there is regular and intensive monitoring of all rhino populations in Indonesia.

In the last decade, two rhino subspecies, the Western Black Rhinoceros (Diceros bicornis longipes) in Cameroon and the Indochinese Javan Rhinoceros (Rhinoceros sondaicus annamiticus) in Vietnam have gone extinct. Today, the populations of two more subspecies, the Northern White Rhino (Ceratotherium simum cottoni) and the mainland population of the Sumatran Rhinoceros (Dicerorhinus sumatrensis lasiotus), both listed as Critically Endangered on The IUCN Red List of Threatened Species™, are perilously close to extinction because of an increase in illegal hunting and non-traditional use of rhino horn.

“One of the programmes of the Ministry of Forestry is the protection of endangered animals, such as rhinos, tigers, elephants and orangutans,” says Zulkifli Hasan, Minister of Forestry, Indonesia. “Among those, the rhinos are closest to extinction. For this reason they need special attention from all of us. In this context, we are inviting and encouraging all stakeholders and world organizations to join the effort to save the rhinos.”

During this International Year of the Rhino, it is hoped that all rhino range states in Africa and Asia will join Indonesia and give priority to securing their rhino populations. There are ambitions to bring illegal hunting and trade, especially the illegal trade of rhino horn, under control by ensuring that effective deterrents are in place and enforced. It is also hoped that measures that encourage a rapid growth in rhino numbers will be taken. In Indonesia, extra action will be taken to translocate isolated individuals to actively managed protected areas and improve rhino habitats by removing invasive plant species and providing additional sources of water.

"We warmly welcome the announcement of the International Year of the Rhino by the President of Indonesia and the related commitments that have been made,” says John E. Scanlon, Secretary-General of CITES (the Convention on International Trade in Endangered Species of Wild Fauna and Flora). “Strong and clear political messages from the highest possible levels are required to combat the illegal killing and trade in rhino and the message coming from the President is loud and clear. We hope that this bold initiative by Indonesia will serve as a catalyst for further high-level political support and commitments to protect the rhino in the wild across all concerned States"

Effective conservation by governments in Africa and Asia, in some cases with the support of non-governmental conservation organizations, has been successful in bringing back the Southern White Rhinoceros (Ceratotherium simum simum), Black Rhinoceros (Diceros bicornis) and Indian Rhinoceros (Rhinoceros unicornis) from the brink of extinction. It is clear that highly-focused management and improved conservation measures can lead to increases in the populations of rhinos, and it is now urgent that this is also implemented for the Javan and Sumatran rhinos, as the Indonesian President has stated.

“We congratulate President Yudhoyono of Indonesia for his commitment to rhino conservation,” says Simon Stuart, Chair of the IUCN Species Survival Commission. “In announcing the International Year of the Rhino, Indonesia is encouraging the government engagement and public awareness that is essential for effective conservation. We urge all rhino range states, as well as the countries in which there is demand for rhino horn, to participate in this initiative.”

The urgent measures needed to ensure the effective conservation of the world’s five rhino species will be discussed at the IUCN World Conservation Congress in Jeju, Republic of Korea, from 6 to 15 September 2012.