IUCN calls for halt to species decline by 2030

Abu Dhabi, United Arab Emirates, 11 October 2019 (IUCN) – IUCN has issued an urgent call to massively scale up species conservation action in response to the escalating biodiversity crisis. The Abu Dhabi Call for Global Species Conservation Action appeals to the world’s governments, international agencies and the private sector to halt species decline and prevent human-driven extinctions by 2030, and to improve the conservation status of threatened species with a view to bringing about widespread recovery by 2050. 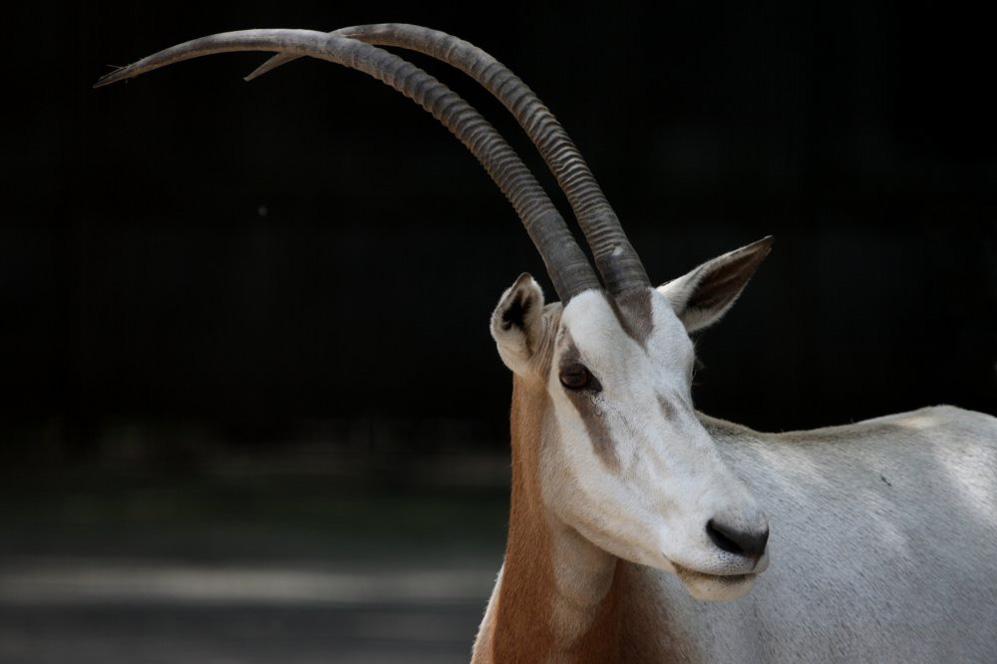 The scimitar oryx or scimitar-horned oryx (Oryx dammah) is a species of Oryx; once widespread across North Africa; which has been assessed by the IUCN Red List as Extinct in the wild since 2000.

The Abu Dhabi Call, issued at this week's IUCN Species Survival Commission (SSC) Leaders’ Meeting, urges governments to take emergency measures to save those species at the highest risk of extinction and tackle key threats that are driving population declines and extinctions. These include the lack of incentives for landowners and managers to retain wild species and natural habitats; poor or abusive practices in agriculture, fisheries, and forestry; wildlife crime; emerging infectious diseases; the disruption of water flow; inadequate management of waste and discharges; invasive alien species; and increasingly, climate change and ocean acidification.

“With 2020 comes the opportunity to curb the escalating extinction crisis and invest in a more optimistic future. With this Call, IUCN stands ready to support governments and civil society, including young people, to work for a world in which species are preserved and valued for their intrinsic worth as well as the benefits they offer,” said IUCN Acting Director General Dr Grethel Aguilar. “The IUCN World Conservation Congress 2020 will bring together states, civil society and indigenous peoples to work together towards halting species declines by 2030.”

The Call is the result of more than 300 SSC Leaders coming together in Abu Dhabi on the cusp of 2020, a year that will see critical decisions for the future of the planet taken by policy makers. The United Nations Sustainable Development Goals and the UN Paris Agreement on Climate Change will be reviewed, and the Convention on Biological Diversity will adopt the Post-2020 Global Biodiversity Framework. A new UN legal binding agreement on marine biodiversity in the High Seas is under negotiation. The IUCN World Conservation Congress will amplify this Call, which will then be addressed by the United Nations Heads of State Summit on Biodiversity.

“The Species Survival Commission is the world’s largest network of species scientists and a fundamental contributor to IUCN's role as provider of the knowledge that underlies nature conservation. They devote their lives, generally on an entirely voluntary basis, to saving species. The high quality of the work of SSC Specialist Groups provides a strong scientific foundation for conservation action. We now appeal to governments to urgently respond to this Call by helping pull species back from the brink of extinction,” said Dr Jon Paul Rodríguez, Chair of IUCN’s Species Survival Commission.

A global Programme of Work on Species Conservation will be launched at the IUCN World Conservation Congress in June next year. IUCN calls on Parties to the Convention on Biological Diversity and the other biodiversity-related conventions to respond by including this Programme in the post 2020 global biodiversity framework and follow up with urgent implementation. At the Congress, governments, civil society and indigenous peoples’ organisations will come together to drive conservation efforts for ‘a just world that values and conserves nature.

“Decisions made in 2020 will define the future of the planet,” said Dr Jane Smart, Global Director of the IUCN’s Biodiversity Conservation Group. “We face a nature emergency. Species are the primary source of income and resources for hundreds of millions of people around the globe; their aesthetic values and spiritual roles provide comfort and inspiration as well as recreation. At this critical moment, the world’s governments must accept responsibility for this emergency and act now to ensure we pass on a rich natural heritage to future generations. This is a unique opportunity to mobilise society and galvanise the necessary action to address the species crisis.”

IUCN also recalls that the global target to bring about the recovery of known threatened species adopted in Nagoya, Japan in 2010 is unlikely to be met, despite substantial efforts from conservationists worldwide. Looking forward, IUCN emphasises the importance of including clear, ambitious targets on species conservation in the Post-2020 Global Biodiversity Framework.

“Species conservation is a key imperative going forward and I am so happy that the SSC Leaders meeting in Abu Dhabi has identified this as an urgent need that is a key outcome of the Leaders meeting. We recognise that there are many other key challenges impacting biodiversity, however we must tirelessly work to ensure that species conservation remains at the forefront of any conservation discussion,” said Her Excellency Razan Khalifa Al Mubarak, Managing Director of the Environment Agency Abu Dhabi (EAD). “UAE has assumed a leadership role in the conservation of biodiversity and our partnership with IUCN and SSC in particular further reiterates that.”

“EAD and Abu Dhabi place a high premium on species conservation. Conservation of species, locally as well as globally, is a legacy of our founding father and the leadership in Abu Dhabi is fully committed to it. Initiatives to conserve the Arabian Oryx, Scimitar-horned Oryx and many other local and regional conservation initiatives are a fine example of this. We work very closely with IUCN on the Red List of Species and the Green List of Protected Areas and we wish to ensure that these key knowledge products are integrated within the local level planning and regulations,” said Her Excellency Dr Shaikha Salem Al Dhaheri, Secretary General of the Environment Agency Abu Dhabi.

In recognition of the scale of transformative change that is needed, the Abu Dhabi Call for Species Conservation Action encourages governments and donor institutions to allocate substantial additional resources for conservation of species and their habitats.

The IUCN Species Survival Commission is the world’s largest network of species conservation experts with over 9,000 members globally. It is mandated by the Members of IUCN (governments, NGOs, and indigenous peoples’ organisations) to conserve species. This unique body includes biologists, ecologists, wildlife managers, health and social scientists, educators, community representatives, economists and government officials. The Call was developed by SSC Leaders meeting in Abu Dhabi with generous support from the Environment Agency Abu Dhabi.

The Species Survival Commission generates the knowledge for The IUCN Red List of Threatened SpeciesTM, the world's most comprehensive information source on the global conservation status of and animal, fungi and plant species. SSC experts have unique insight into the extent to which species are undergoing unprece\dented and growing threats from unsustainable human activities, reflected in The IUCN Red List.