The Restoration Initiative: A Tanzania story 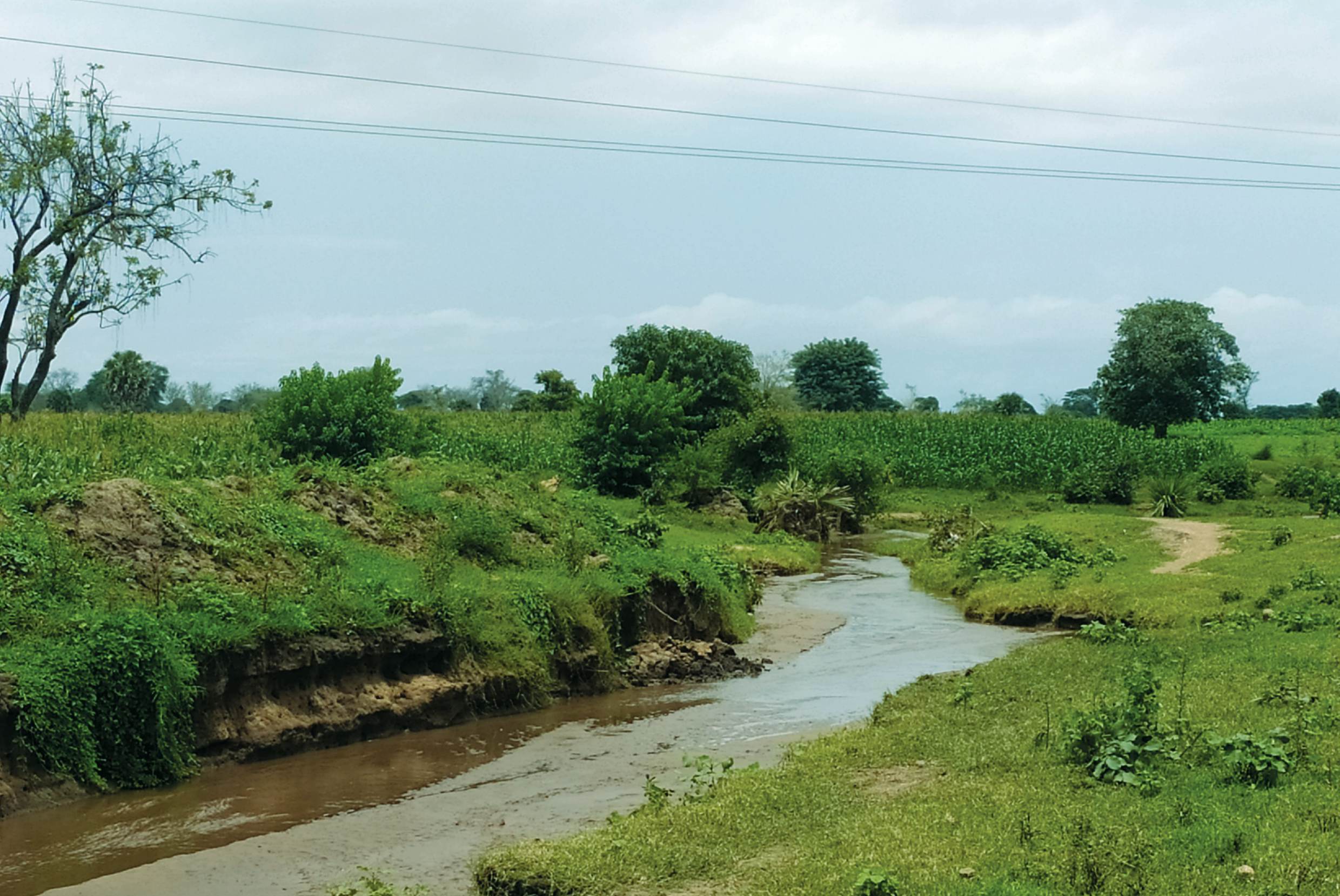 Degraded river banks due to unsustainable agriculture along Katuma River.

After a delayed start, the TRI United Republic of Tanzania project is preparing a full launch of crucial restoration activities across the Great Ruaha and Lake Rukwa landscapes.

The United Republic of Tanzania has rightly earned its title as the jewel of East Africa. It boasts a splendid natural heritage as one of the world’s most biodiverse countries with well-known landmarks such as Mount Kilimanjaro, the Ngorongoro Crater, the Serengeti National Park and Lake Tanganyika. The country is teeming with unique wildlife hosting 33 per cent of African plant species and 20 per cent of African large mammals, including the critically endangered black rhino (Diceros bicornis). However, overgrazing, deforestation, demand for land and unsustainable agricultural practices are increasingly turning healthy landscapes in the United Republic of Tanzania into wastelands, threatening a loss estimated at USD 10.2 billion per year. Water pollution is worsening and the country’s plants and animals are being lost. Today, more than 50 percent of the country’s total land area is affected by land degradation with 16 per cent classified as highly degraded.

Facing the predicament, the government representatives reaffirmed a commitment to bring 110000 ha under restoration in partnership with the TRI United Republic of Tanzania project. The project’s scope will build upon the results of the ROAM, which identified just over 87000 ha of land for sustainable forestry, livestock grazing and improved cropland management, and another 23000 ha for other restoration activities. It is estimated that 100000 households across seven districts will stand to directly benefit from the TRI United Republic of Tanzania project.

The TRI United Republic of Tanzania project will employ an ecosystem management approach, which addresses the actions of humans as part of the entire ecosystem, rather than looking at environmental issues and species as separate from societies. The project will focus on two severely degraded landscapes and basins of Great Ruaha and Lake Rukwa, removing the basin of the Malagarasi River from the project’s original scope. The removal of the Malagarasi River basin enables the project committee to make more targeted investments of available resources.

The Great Ruaha River basin in the United Republic of Tanzania is home to the country’s Great Ruaha River, which flows through wetlands, and the Ruaha National Park – home to one of the continent’s largest populations of African lions (Panthera leo). The landscape has been plagued by increasingly long dry spells, and these challenges this places on the local ecosystem are compounded by increased farming demands and poor irrigation infrastructure. Great Ruaha and the Lake Rukwa basins support the country’s third largest fishery and are part of the ecosystem supporting nearby game reserves and important conservation areas, like the Katavi National Park. A lack of water governance and unsustainable land-use practices are limiting the growth of nearby districts and threatening wildlife and plant life, similar to what has been happening within the Great Ruaha River basin. “[We expect] the project will contribute to restoring highly degraded areas of Great Ruaha and Lake Rukwa basins to secure [the] flow of multiple ecosystem services, and enhanced resilient economic development and community livelihoods,” says Hassan Chande, Deputy Minister, of the Vice-President’s Office (Union Affairs and the Environment).

The TRI United Republic of Tanzania project working with its partners is paving a clear path to apply the ecosystem management approach, which will help restore these vital areas to not only meet current and immediate needs with sustainable land-use practices, but also to enable the conservation of rare plants, animals and the supporting ecosystems. With implementation, the project begins the process of building new opportunities to help further establish nature as a key pillar of the economy and improve the lives of people living in the United Republic of Tanzania.

TRI United Republic of Tanzania project will employ an ecosystem management approach, which addresses the actions of humans as part of the entire ecosystem.

This story is from TRI Year in Review 2021 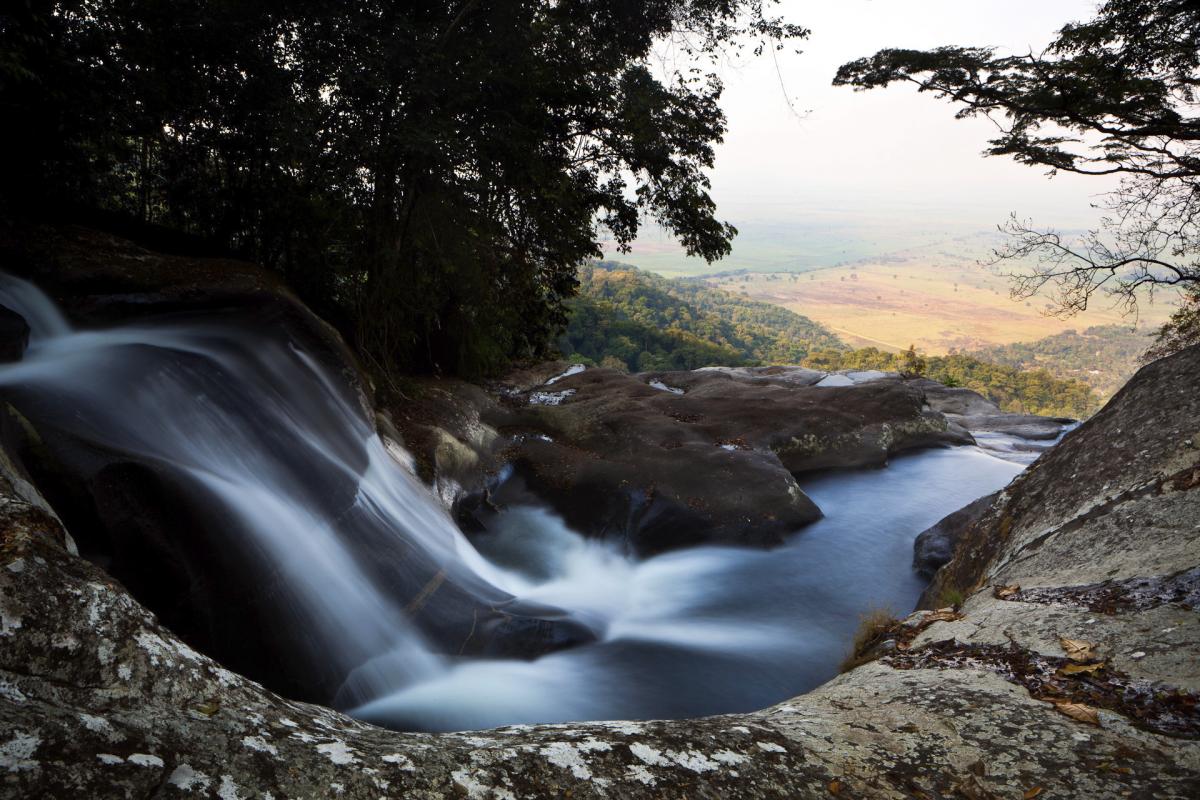