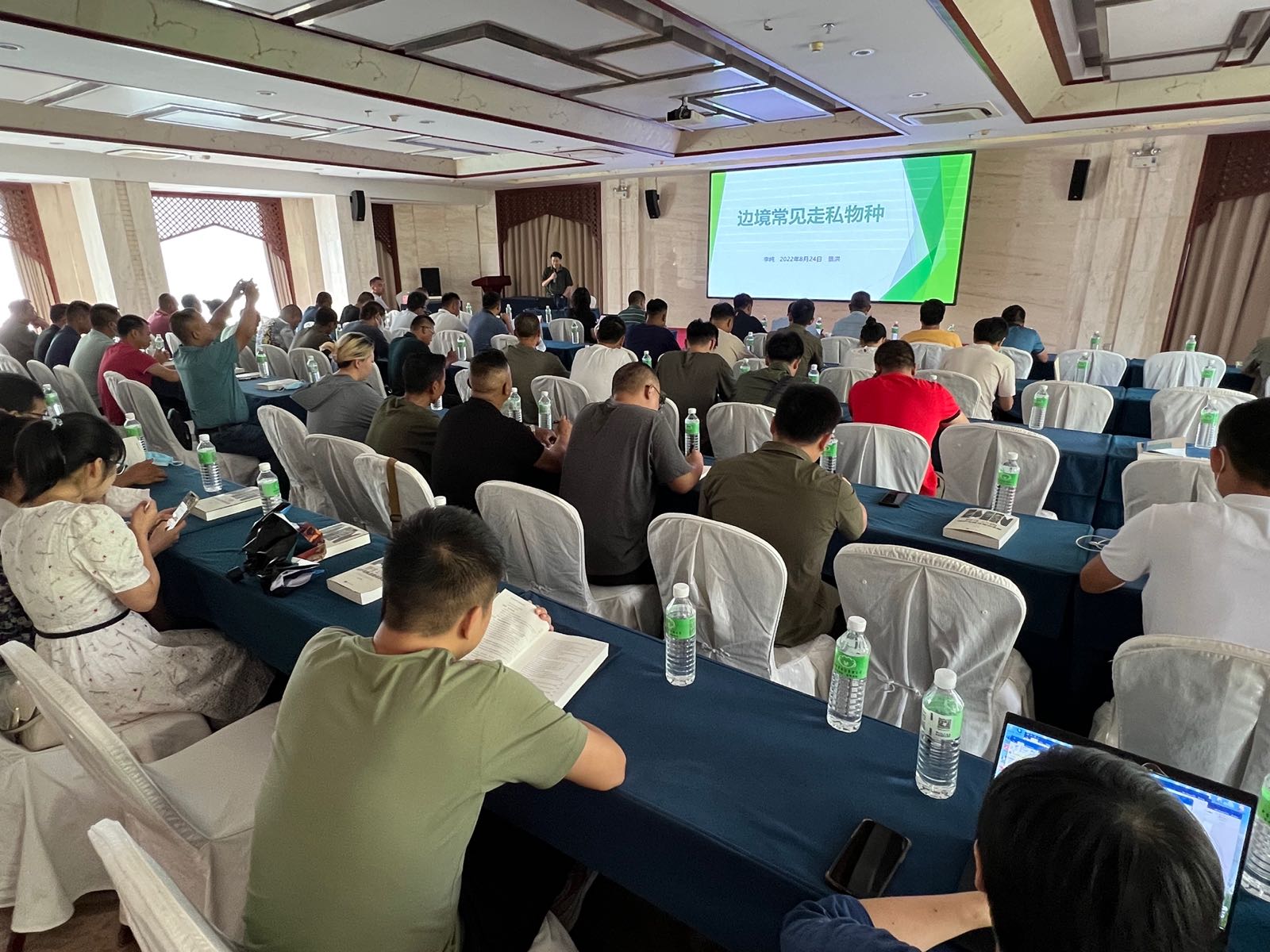 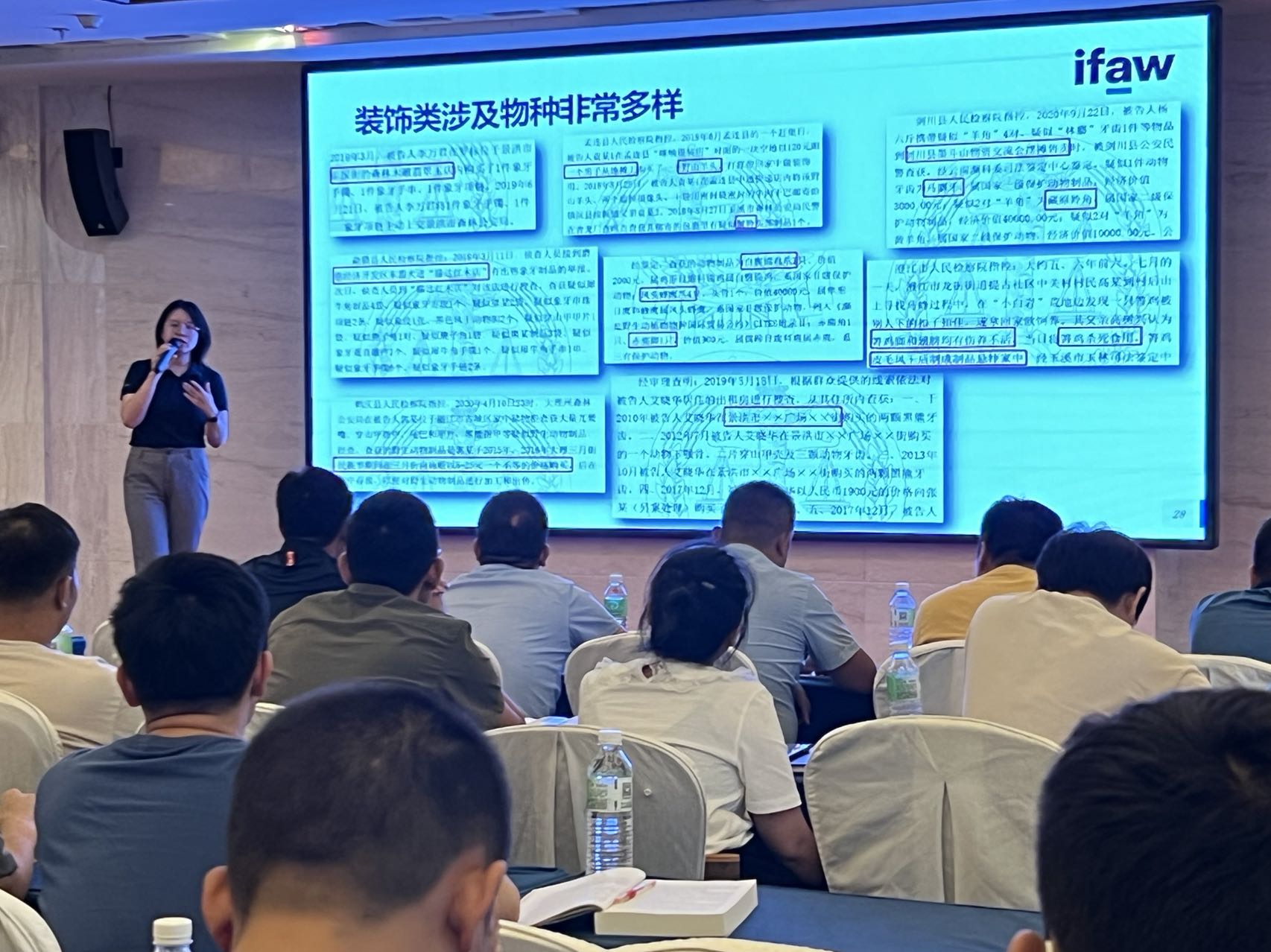 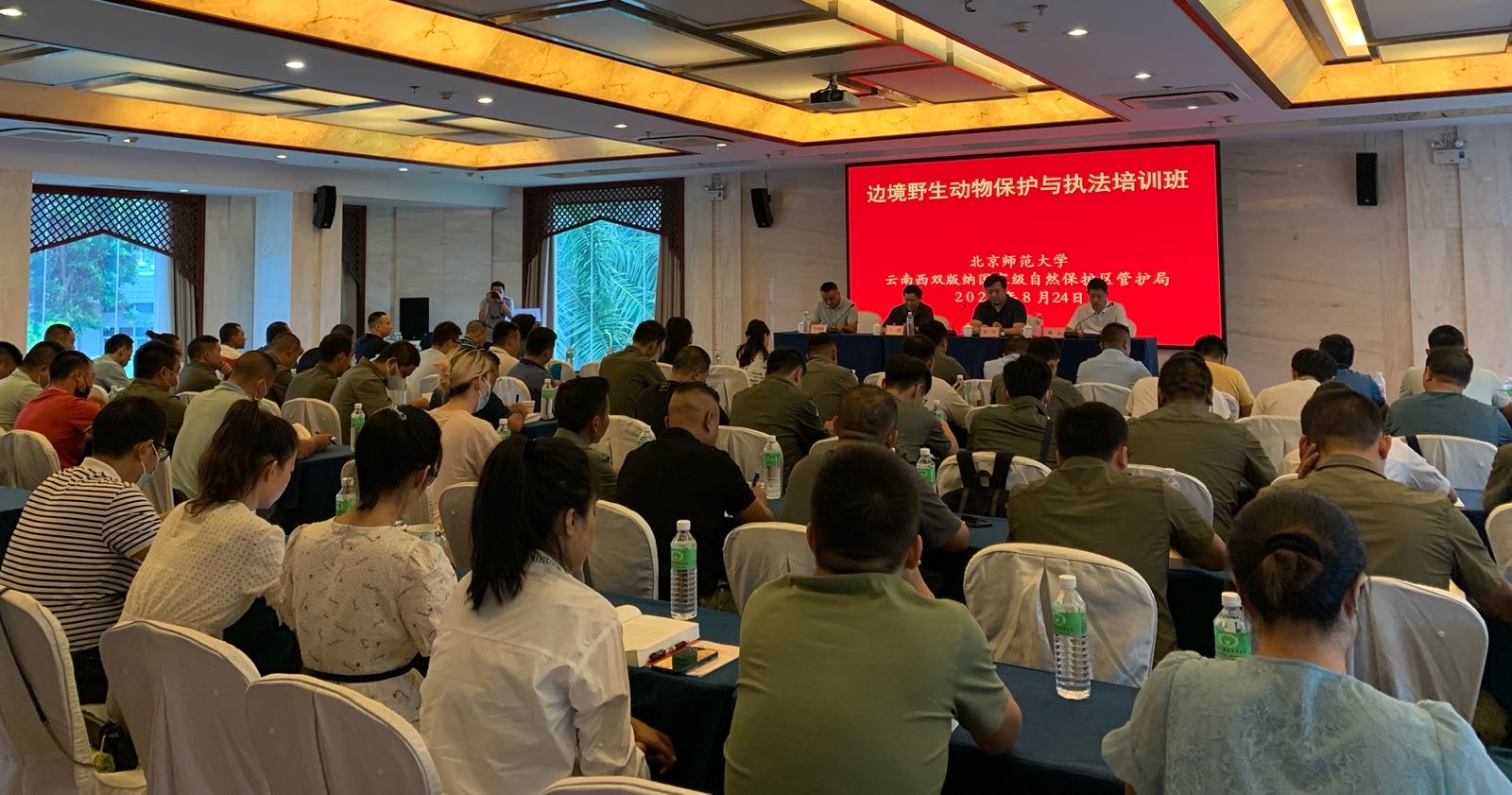 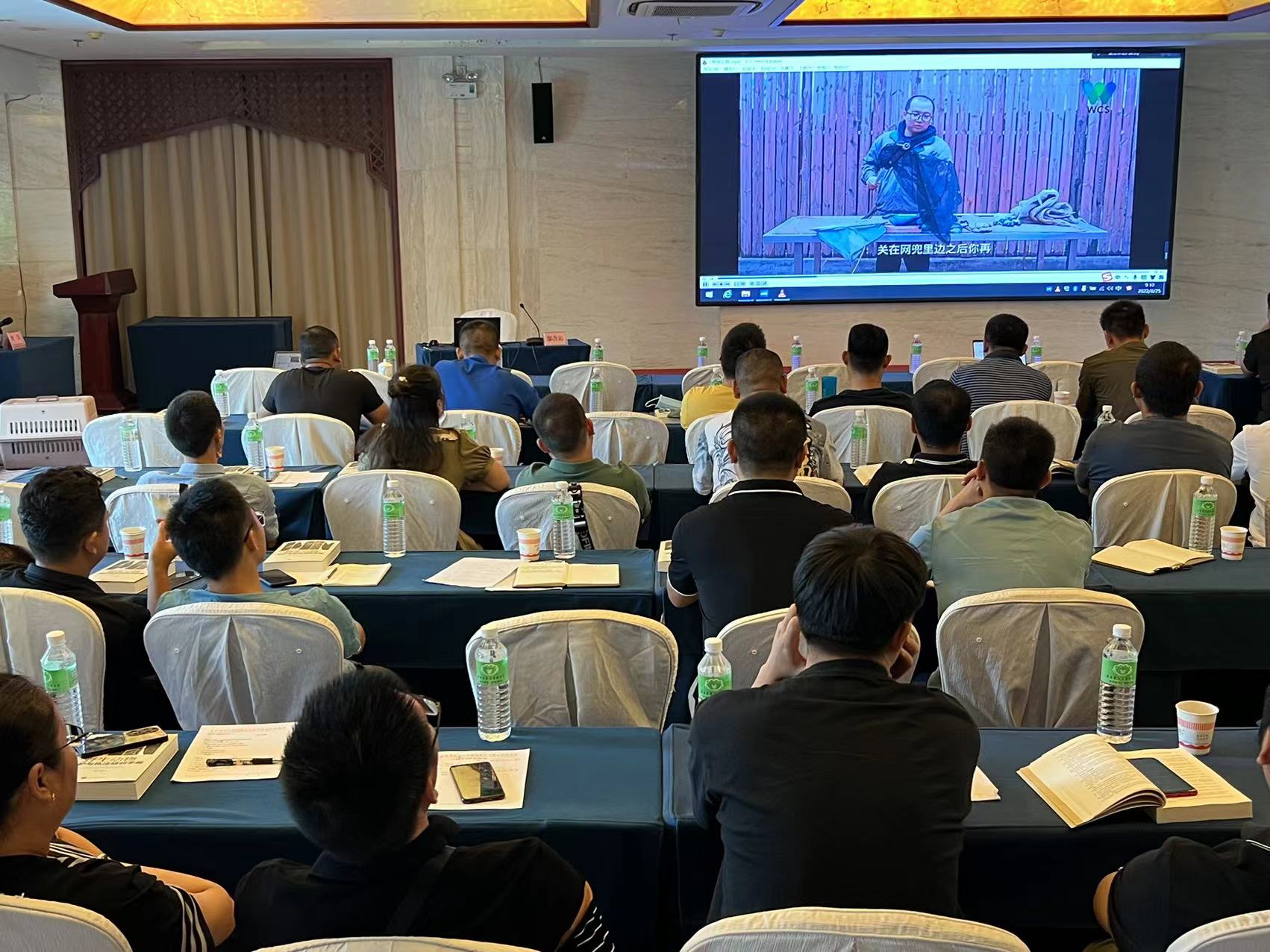 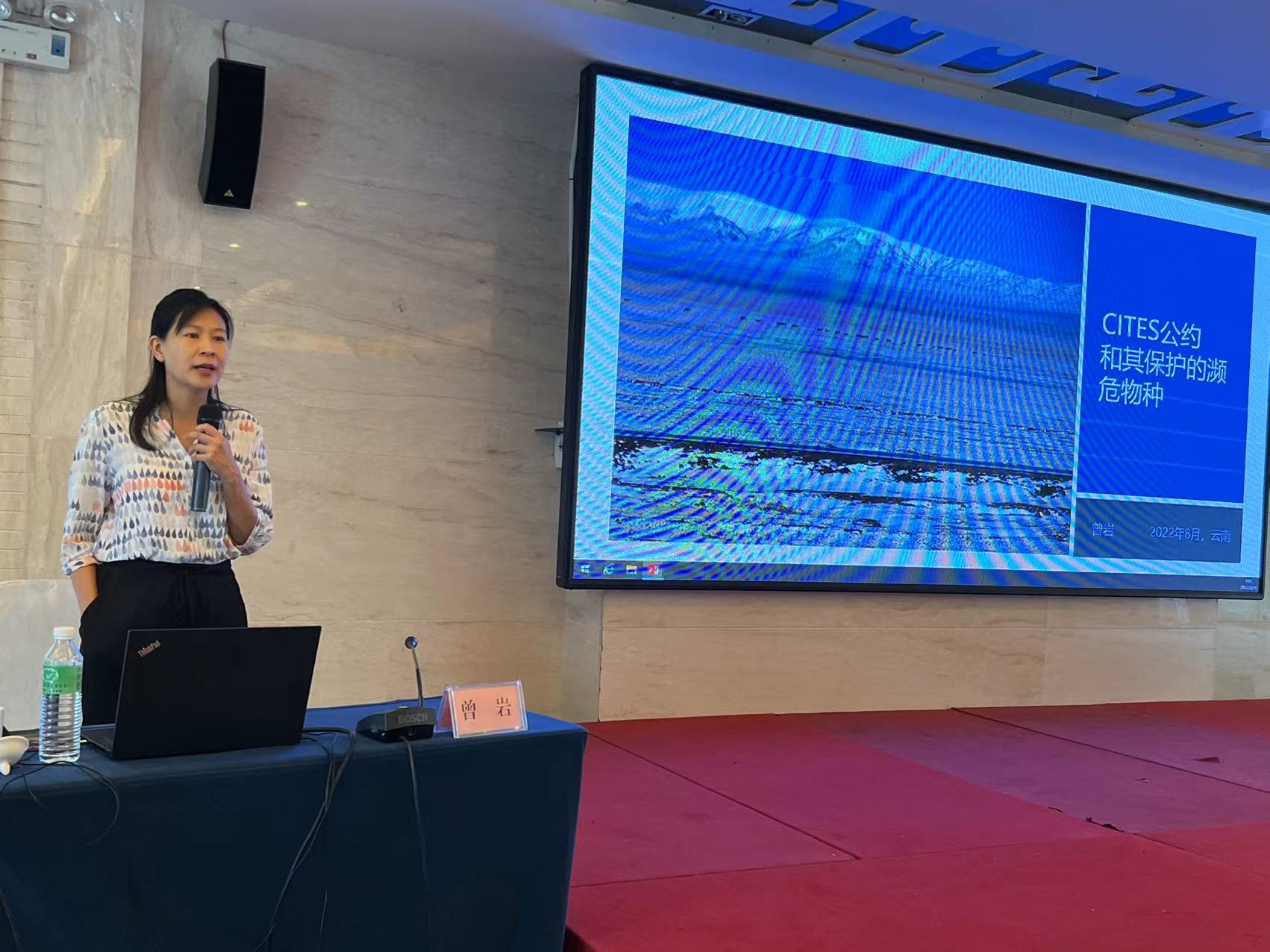 This CEPF funded project aims to assess the current situation of illegal wildlife trade and consumption in and around Xishuangbanna Nature Reserve in China and the bordering provinces of Namtha and Phongsali in Laos, to improve and enhance the law enforcement capacity of the frontline staff; and educate local tourism enterprises, indigenous people and tourists about the prohibition of illegal wildlife trade.

Xishuangbanna Prefecture in Yunnan Province is one of the biodiversity richest areas in China, bordering Laos, and most of the area belongs to the Indo-Burma biodiversity hotspot, which has high biodiversity conservation value. Asian elephants and other wild animals often roam the border between the two countries. However, because of the outdated production methods of the ethnic minorities living in the bordering areas of China and Laos, they rely heavily on the natural resources in their habitat and hunt wild animals. While the local people's income comes from agriculture, some of the poached wildlife is sold into local restaurants or markets, and the proceeds from the sale of illegal wildlife products are higher than the income from agricultural sources.

Because of the lack of supervision of the border area, the region has become a hot spot for illegal wildlife trade and consumption, and many tourists come here to consume illegal wildlife products, which threatens to destroy the local biodiversity and brings a great obstacle to the conservation of wildlife in both countries, and also increases the risk of human-animal syndrome.

In order to protect local biodiversity, it is necessary to reduce local illegal wildlife trade practices and reduce the risk of human-animal disease outbreaks in wildlife sources. The project team has been working on Asian elephant conservation in Xishuangbanna Nature reserve by providing training to IWT officers and patrol members in the use of equipment, evidence collection, preservation of evidence, and reporting of criminal activity, in cooperation with the corresponding Lao authorities.

To further strengthen the capacity of the nature reserve staff on cross border wildlife enforcement, the training courses conducted covered a wide range of topics including wildlife law enforcement, species identification in common trade in the region, information about the Convention on International Trade in Endangered Species of Wild Fauna and Flora (CITES) and regional wildlife trade situation, as well as confiscated live animal handling and husbandry.

On 24th August, Dr. ZENG Yan, the director of the Office of the National Scientific Commission on Endangered Species (CITES Scientific Authority of China, CNSA) gave a lecture about the CITES and its Appendices of animal and plant species that are the most endangered. Mr. LI Chun, the former director of the Kunming Office of CITES Management Authority of China (CNMA), explained the identification of common traded species in Yunnan border areas. Ms. WU Hanqin, the program manager of the International Fund for Animal Welfare's Combating of Online Wildlife Crime, gave a lecture about the status and countermeasures of illegal wildlife trade in the Southwest China border region.

On 25th August, Ms. ZHANG Xiaoxi, the research project manager of the Wildlife Conservation Society (WCS), gave a lecture on "Basic methods and safety guidelines for temporary husbandry of confiscated live wildlife", and the BNU project leader, Prof ZHANG Li gave a lecture about Asian elephant conservation in the region.

These training courses have been widely welcomed by the staff and rangers of Xishuangbanna Nature Reserve. After the training, BNU CEPF project team discussed with the nature reserve leaders to identify the next steps to conduct a wildlife trade survey and combine enforcement actions together with Laotian counterpart during the later part of the year.

The Critical Ecosystem Partnership Fund (CEPF) empowers non-governmental organizations, Indigenous groups, universities and private enterprises to protect the world’s biodiversity hotspots and help communities thrive. It is a joint initiative of l’Agence Française de Développement, Conservation International, the European Union, the Global Environment Facility, the Government of Japan, and the World Bank. In the Indo-Burma Hotspot, it is also supported by the Margaret A. Cargill Philanthropies.