The German Minister of Environment, Hon. Steffi Lemke, conveyed her satisfactions with the way Government of Rwanda in partnership with IUCN is implementing the Forest Landscape Restoration (FLR) projects.

In 2011, Rwanda became the first country in Africa to pledge to restore degraded lands through Bonn Challenge and later joining the AFR100 initiatives. The 2019 forest cover report indicates that Rwanda has exceeded 30% forest cover target by 2020 and achieved 30.4 %. 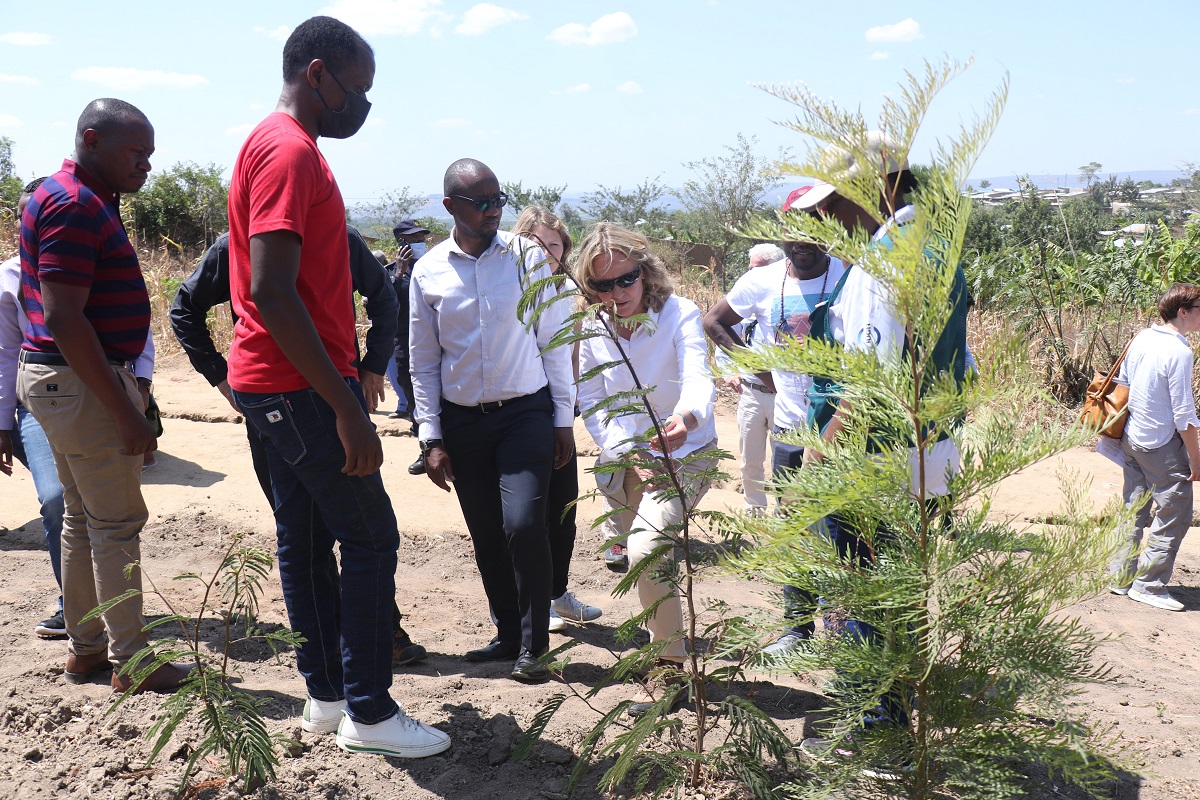 In an effort to sustain and increase Rwanda’s forests cover, the Government of Rwanda is working closely with IUCN and other partners to catalyse and accelerate restoration beyond the vision 2020 targets.

During the IUCN Africa Protected Areas Congress (APAC) hosted by Government of Rwanda,  the German Minister of Environment, Steffi Lemke along with other officials including IUCN Director General Dr. Bruno Oberle, IUCN Rwanda Country Representative,  Ms Kaori Yasuda, Spridio Nshimiyimana, Acting Director General of Rwanda Forestry Authority, Director General Juliet Kabera of REMA, Kirehe and Gatsibo mayors among others visited some of the restoration efforts through the ongoing Alliance for Restoration of Forest Landscapes and Ecosystems in Africa AREECA programme and the previous Investment Packages for Rwanda (IPR) project - both funded by BMU in Kirehe and Gatsibo districts.

In two-day visit, the officials in Kirehe visited Bukora Secondary School in Nyamugari sector where the programme established agroforestry systems with focus on youth and young people engagement. They then toured an afforestation site in Nyarubuye sector where the government is restoring 120 Ha of degraded lands through the same programme.

The Gatsibo visit provided an opportunity to reflect on the catalytic contributions made by the German government between 2016 and 2020 in supporting restoration efforts in Rwanda and the continent at large through IPR project.

In her remarks, the Honourable Minister Steffi Lemke applauded the efforts of Rwanda in forestry sector especially in these two districts.

“To be able to come here and see how nature conservation and afforestation is being done here, it leaves a very good and strong impression on me.” She added.

The acting Director General of Rwanda Forestry Authority (RFA), Spridio Nshimiyimana, appreciated the BMU's contributions in forestry sector through these two projects and stated them as worthy to the citizens.

“Not only did these projects come to restore the ecosystem and forests in the area, but also to contribute in green jobs creation, and the planted trees also are worthy to the residents in one way or another.”  Acting Director General Spridio said

Nshimiyimana Spridio added that “Apart from planting agroforestry trees and forests, residents get employed and are generating money while, through AREECA, we are distributing improved cook stoves to help people use less fire woods while cooking, but also providing training on FLR as well as improving livelihoods to small scale farmers.”

The acting Director General concluded that in environmental projects, the citizens take the first step in implementation where they benefit from the beginning up to the end (community- based approaches)

Piloting Multiple-Benefit Investment Packages through Forest landscape Restoration in Rwanda for Scaling up in Africa (IPR project) aimed to promote restoration of mosaic landscapes and enhanced carbon stocks in Rwanda as well as deepen commitments to FLR across Eastern Africa.

The project increased public and private investment in FLR at community, district, national and regional levels through elaborating and piloting FLR interventions and supported the improvement in tree seed supply, a fundamental building block of FLR.

Through the AREECA programme, currently over 1000 ha of lands was planted agroforestry trees, 23.821km of roadside were planted with different species. Around 3000 fruits trees were distributed and planted by local small farmers.  Over 2022 ha of forest were enriched by different species and 17 ha were planted with new forest both in Nyagatare and Kirehe districts in eastern part of Rwanda.

The AREEACA is four years project up to 2024, and it aims to restore the ecological functionality and biological productivity of the landscapes of the districts of Kirehe and Nyagatare to enhance its ability to adequately meet multiple objectives such as biodiversity conservation, climate change resilience and better livelihoods whereas IPR was phased out in 2020 and planted forests and agroforestry in Gatsibo district. 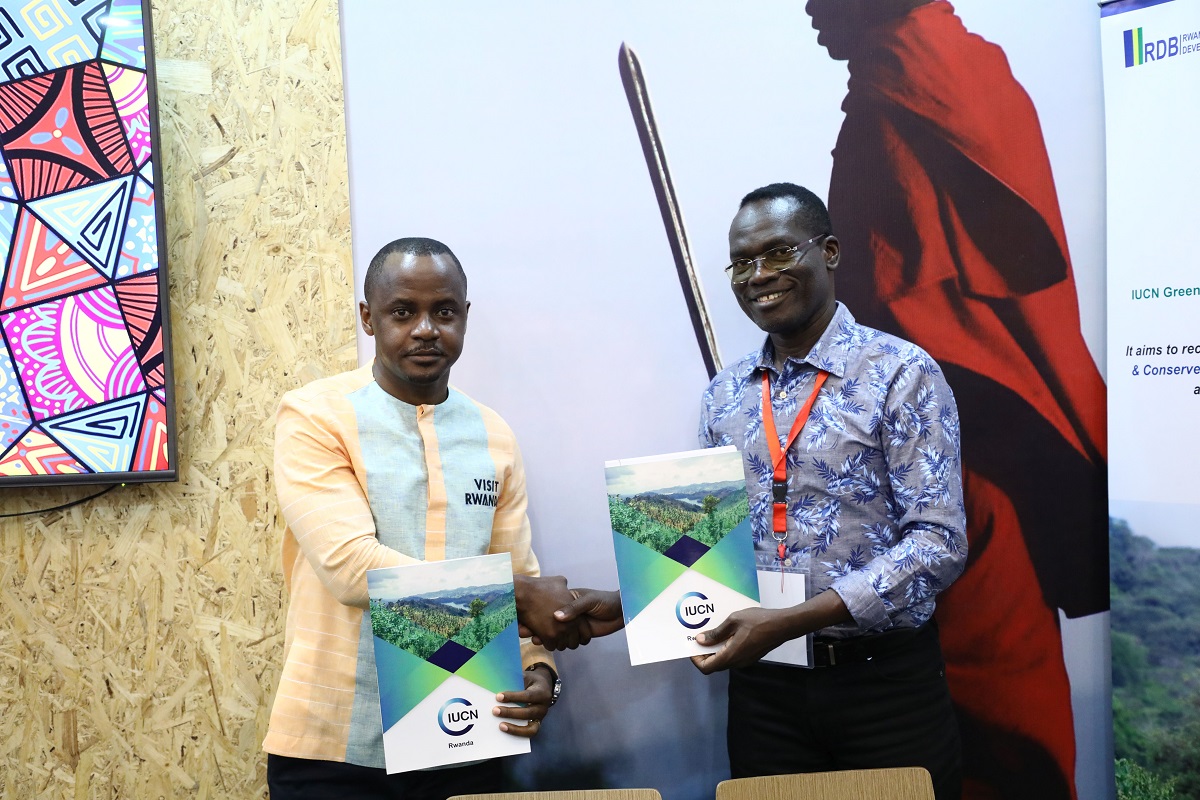 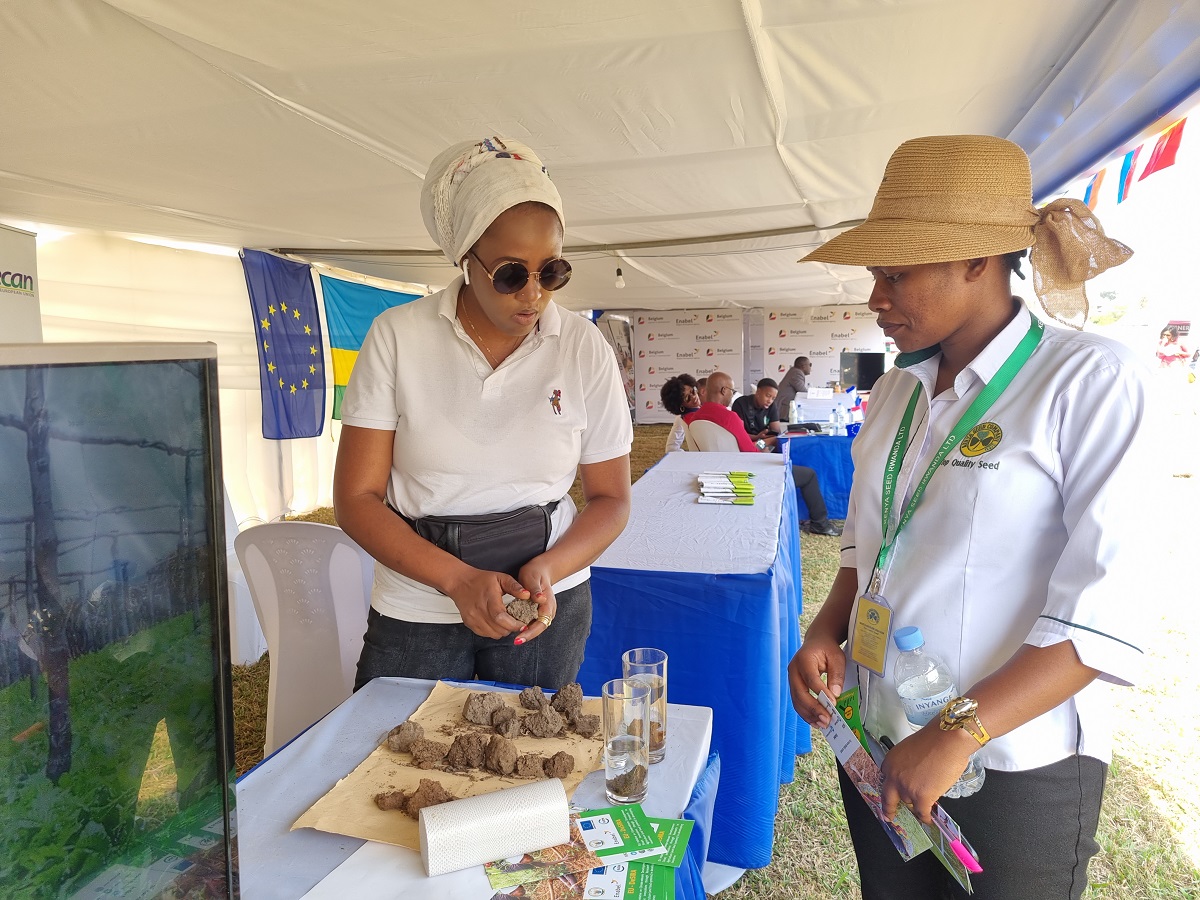 Story | 27 Jul, 2022
How the DeSIRA project is set to scale up agroforestry in Rwanda

The DeSIRA project, funded by the European Union, aims to enhance farmers’ livelihoods by…