The cotton, food crop and forestry sectors mobilised for biodiversity in Benin

In Benin, when the BIODEV2030 project started in April 2021, the private sector actors still had little awareness about their impacts on biodiversity. After 16 months of implementation by IUCN PACO with the NGO Eco-Benin, and several awareness-raising workshops, conservation issues are now better understood by stakeholders in the cotton, soy, rice and forestry sectors, which have been identified as priorities for biodiversity and development in the country. This understanding is essential for sector stakeholders before they come together in September to consider making voluntary commitments for biodiversity. 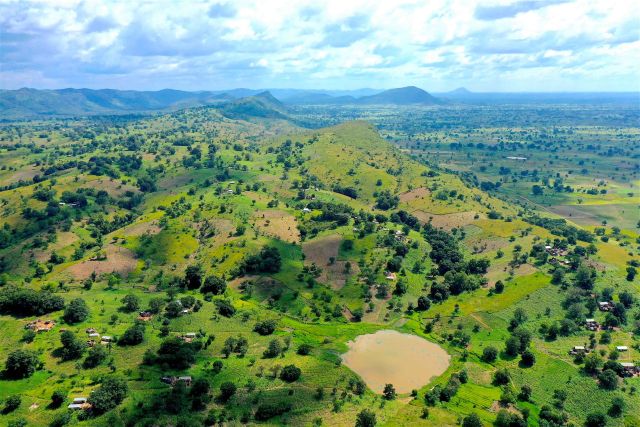 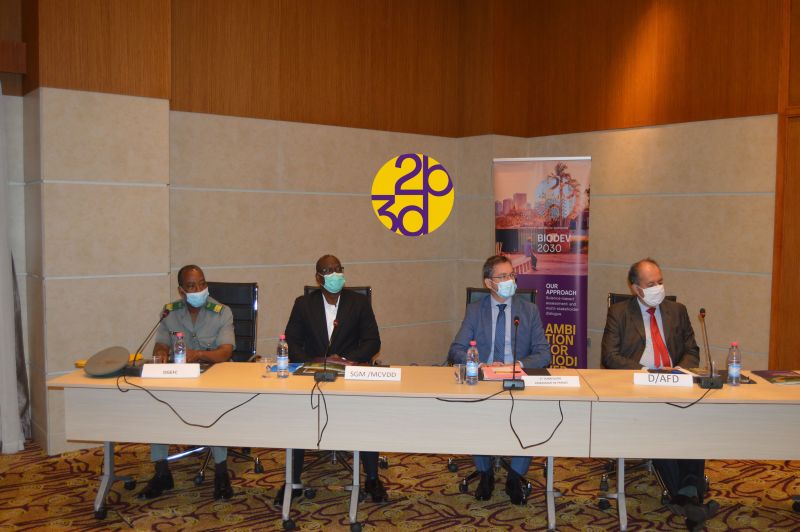 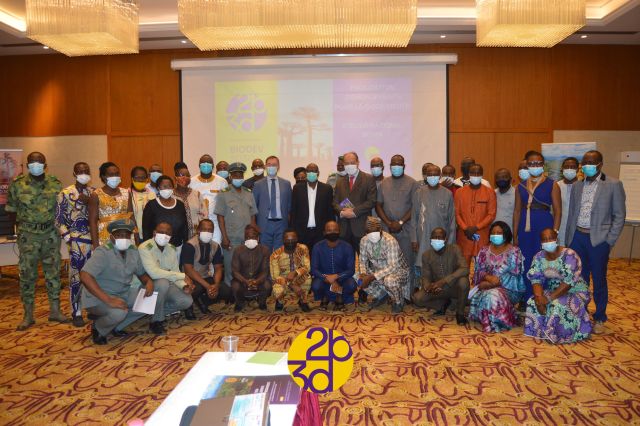 Benin's forests, mangroves, open forests and wooded savannahs are important reservoirs of fauna and flora species.  However, a study to assess and prioritise the threats to biodiversity and ecosystems carried out in the first phase of the BIODEV2030 project by the Applied Ecology Laboratory of the University of Abomey-Calavi, confirmed the high rate of their degradation.

It also identified the key sectors responsible for this significant loss of habitat for the species: agriculture and aquaculture (cotton and food crop sectors in particular), the use of biological resources (timber exploitation in particular), and residential and commercial development.

In light of the results of this study, which were shared and discussed at a national workshop in August 2021, the project team implemented a unique approach to raise awareness of the issues and prepare stakeholders for the project's dialogue phase:

- Consultation missions were conducted throughout the country to discuss with priority stakeholders in the agriculture and forestry sectors from September to December 2021. They enabled a better understanding of the stakeholders' practices.

- Two "biodiversity cafés", one conducted with the forestry sector and the other with the agricultural sector enabled stakeholders to better understand their dependence on biodiversity and the opportunities for conservation.

Co-organised by Eco-Benin and IUCN PACO’s Business Programme, these convivial and participatory sessions, modeled on world cafés, mobilised some 60 actors from the sectors, administrative executives, civil society organisations and researchers. The biodiversity cafés were an opportunity to discuss key notions related to the biodiversity theme in order to prepare the dialogue phases that could lead to a commitment to biodiversity.

- A training and awareness-raising workshop for Beninese journalists was also organised at the end of June 2022. The workshop brought together some 30 media men and women from more than 20 media outlets in Benin, with the aim of raising their awareness so they could better inform and mobilise the population, the private sector and decision-makers on the major problems of biodiversity.

The conclusions of the study of the priority sectors (cotton, soya, rice; timber, forestry) will be presented at a workshop during September 2022. These conclusions will enable stakeholders to discuss the level of ambition needed to halt biodiversity loss in Benin and the voluntary commitment scenarios to be considered.

The September workshop will be followed by a series of sectoral workshops through November, to discuss in more detail the good practices and facilitating measures that should be put in place, together with action plans, to reconcile economic development and biodiversity protection.