Housed within the CEESP Theme on Culture, Spirituality and Conservation, ReSpECC’s mandate is to assist with the implementation of Resolution 009/12 of the World Conservation Congress, creating dialogue and cooperation between spiritual and faith-based organisations and networks in the fulfillment of IUCN’s mission.

The ethos of ReSpECC is to promote inter-religious cooperation and understanding, intercultural cooperation and caring for our planet. Religion and spirituality are understood to include main stream religions, spiritual traditions including indigenous and local belief systems, and modern non-religious spiritualism.

As the planet enters into difficult and in some cases irreversible climate and environmental changes, Faith-based organisations and networks are taking much of the strain in providing relief services. Churches, mosques and temples provide physical assistance during droughts and floods, and they also help communities and survivors with the emotional and spiritual shocks.

With the release of the Papal Encyclical in 2015, the world's religious leadership, faith-based organisations and networks globally have taken up the challenge of speaking out and engaging with issues of climate justice and the conservation of the environment. This is seen as intimately tied to justice within humanity, ending the degradation of poverty, as well as caring for a world which has sustained us.

In 2012, the IUCN World Conservation Congress in Jeju, Korea, approved Resolution 009 calling on the Union to work closely with Faith-based organisations and networks to acheive its mission. Venerable Do Beop sunim, a distinguished Korean Buddhist monk, lambasted delegates for making compromises with the world's environment and sustainability, as well as praised and honoured everyone in the IUCN for having committed their lives to the well-being of the planet and all who call this home.

In 2015, CEESP has created a dedicated Specialist Group to work with the major religions of the world as well as diverse spiritual traditions, from those nurtured by indigenous peoples to new generation systems that draw on psychology and eco-theology to improve life.

Major international networks including the World Council of Churches have been working on environmental and climate justice issues for decades. Religions for Peace, a major global network for inter-religious peace building adopted a commitment to help with climate conflict related issues in 2013. New networks including the Asian Inter-religious Climate and Ecology Network and the African We Have Faith - Act Now for Climate Justice are coalescing as the crises become deeper and more evident in the South.

The Specialist Group (SG) is known by its acronym ReSpECC. It has been engaged in coordination of Faith-based organisations working within the UN Framework Convention on Climate Change and initiated a parallel process with the UN Convention on Biological Diversity.

The SG has currently three components, the core Specialist Group with expert members from Africa, the Middle East, South Asia, South East Asia, East Asia and the Pacific. Recruitment is active in Meso and South America. There are list servs of FBOs working with UNFCCC and UNCBD. 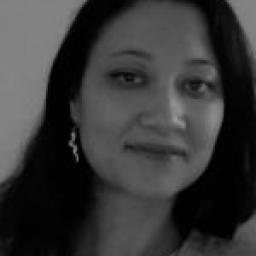