An ocean hero dedicated to vaquita conservation succumbs to COVID-19

IUCN is deeply saddened by the loss of Mexican conservationist Paco Valverde, who dedicated his life to protect the vaquita – the world’s smallest porpoise and most threatened marine mammal. Paco was regarded as an ocean hero who inspired his community to care for the marine environment on which their livelihood depends. Our thoughts go to his family, who have accompanied him in these conservation efforts. 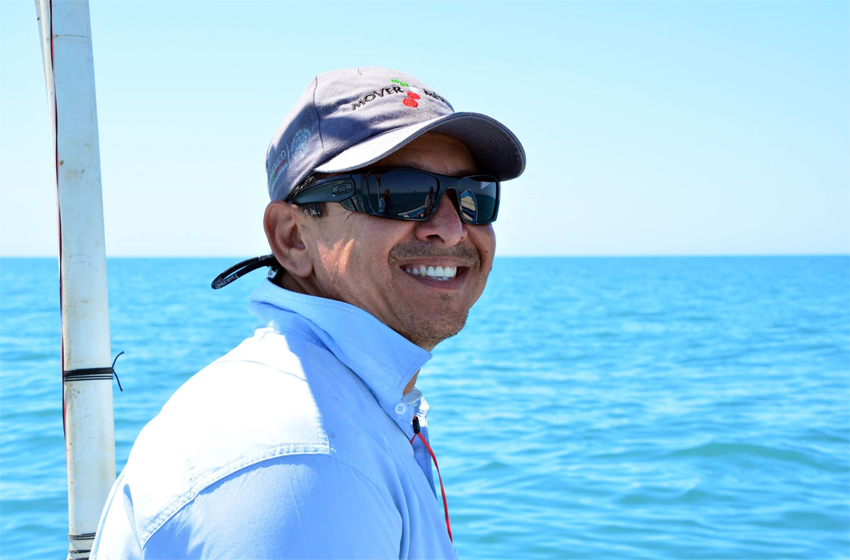 For over 15 years, Francisco Javier Valverde Esparza, known as Paco, worked a marine biologist for Mexico's National Commission on Protected Natural Areas (CONANP) at the Upper Gulf of California and Colorado River Delta Biosphere Reserve. The area is part of a World Heritage site, inscribed in 2005 for its extraordinary marine wildlife and ecosystems.

The site was formally listed as “in danger” last year after its population of vaquitas, which are found nowhere else on Earth, was pushed to the brink of extinction due to illegal fishing activities. The porpoise gets entangled in gillnets used illegally to fish another Critically Endangered species, the totoaba fish, whose swim bladder fetches high prices in Asian markets.

Paco Valverde played an instrumental role in boosting efforts to combat illegal fishing of totoaba and protect the vaquita. He organised surveillance operations on a daily basis and carried out regular monitoring of the vaquita. His family have also been involved in removing gillnets left in the Sea of Cortez and supporting a complete ban on gillnets in the Baja California.

Descending from an old fishing family, Paco decided to dedicate his life to marine conservation after witnessing as a teenager the death of two vaquitas caught in his shrimp gillnets. In his career, he contributed to the conservation efforts of many leading marine conservation organisations, such as the National Marine Mammal Foundation, the National Oceanic and Atmospheric Administration (NOAA), the Sea Shepherd Conservation Society, Earth League International, and the Museo de la Ballena.

Paco Valverde succumbed to the coronavirus on 31 July, after two weeks of intensive care, at the age of 48.