By Kate Logan - Adoption of UN resolution promoting gender equality and safeguarding the rights of women and girls in environmental protection efforts is a crucial step towards protecting the rights of the most vulnerable. 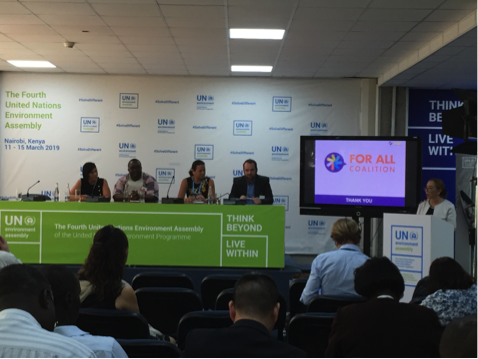 “Women play a critical role in moving today’s society toward environmental sustainability,” remarked Marta Eugenia Juárez Ruiz, the Costa Rican Ambassador to Kenya, at a press conference at the UN offices in Nairobi on Friday morning. “At the same time, women and girls are disproportionately affected by climate change, the loss of biodiversity, pollution, natural disasters – often owing to existing gender inequalities.”

“However, this is often not recognized,” she continued. “Today, we celebrate a resolution that finally does recognize the importance of the role of women in the environment.” Costa Rica introduced the resolution and championed its importance throughout the UNEA-4.

Research illustrates why the resolution is needed to address the implementation gap leading to under-representation of women and gender issues in environmental protection. Women continue to lack the same land laws as men in all but 28 countries globally. Moreover, only 40% of nationally-determined contributions (NDCs) under the Paris Agreement make at least one reference to gender equality or women, with a mere 18 of NDCs actually recognizing the role of women in mitigation efforts. In many texts, women are essentially viewed as victims. This situation persists in light of the reaffirmation of the right to all to participate in environmental protection by the Rio + 20.

Apart from recognizing the principles of gender equality and the empowerment of women and girls – which have been enshrined in several UN agreements as early as the 1979 Convention on the Elimination of all Forms of Discrimination Against Women (CEDAW) – the resolution also acknowledges that all three Rio Conventions as well as the Ramsar Convention “have recognized the importance of addressing gender equality and women’s empowerment in their implementation, consequently developing individual gender action plans to support Parties in their actions.”

The Women’s Major Group released a statement declaring, “We are particularly pleased that the resolution specifically invites member states to establish gender criteria for national environmental projects and programs, to recognize gender equality and the role of women and girls as sustainability change agents, and to support capacity-building to enhance women’s active and meaningful participation in decision-making.”

In light of generally strong support for the resolution, its text was still watered down from the original version put forth by Costa Rica. For instance, a specific reference to human rights defenders was replaced with “promotion and protection of universally recognized human rights and freedoms” along with a nod to the related General Assembly Resolution 72/247. In addition, the resolution still lacks protections for access to information and participation by civil society. Still, concern over the weakening of the original text led to the addition of language clarifying “the empowerment of women and the role women play as managers of natural resources and agents of change in safeguarding the environment.”

According to Juárez Ruiz, the resolution has already seen 35 countries sign on, including the entire European Union, Liberia, Malawi and Peru, with 25 additional countries already in the process of becoming supporting members. Its adoption has been spurred by the establishment of the For All Coalition, an initiative of the Office of the UN High Commissioner for Human Rights that aims to unite countries and UN stakeholders who support integrating gender and human rights throughout existing multilateral environmental agreements. The United States has notably not joined the coalition nor the resolution. The U.S. publicly clarified its divergent position during the closing plenary of the UNEA-4, stating that the resolution uses outdated language and cites international instruments such as the CEDAW with which the U.S. has fundamental disagreements.

The adoption of the resolution will buttress WCEL’s and IUCN’s efforts to protect human rights in relation to the environment by providing a foundation for tangible actions focusing on gender equality and women’s empowerment. The list of systematic actions outlined in the resolution will help to chip away at the current status quo whereby biodiversity loss, climate change, and pollution often disproportionately affect women and children.

The full text of the new resolution can be downloaded from the UNEA website’s “documents” page. 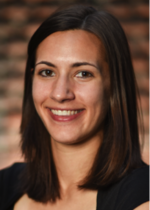 Kate Logan is currently a Master of Environmental Management candidate at Yale School of Forestry & Environmental Studies. She has previously worked for the Beijing-based Institute of Public & Environmental Affairs (IPE) and the Natural Resources Defense Council, and is a co-founder and host of Environment China, the first podcast to highlight solutions to China’s pressing environmental challenges. She supported the International Council of Environmental Law (ICEL) delegation at the UNEA-4.

Realizing women’s rights to land in the law