Drafting a Model Forest Act: WCEL Signs MoU with the Secretariat of the United Nations Forum on Forests

The WCEL Chair, Justice Antonio Herman Benjamin, visited United Nations Headquarters to sign an MoU between WCEL and the Secretariat of the United Nations Forum on Forests (UNFF). 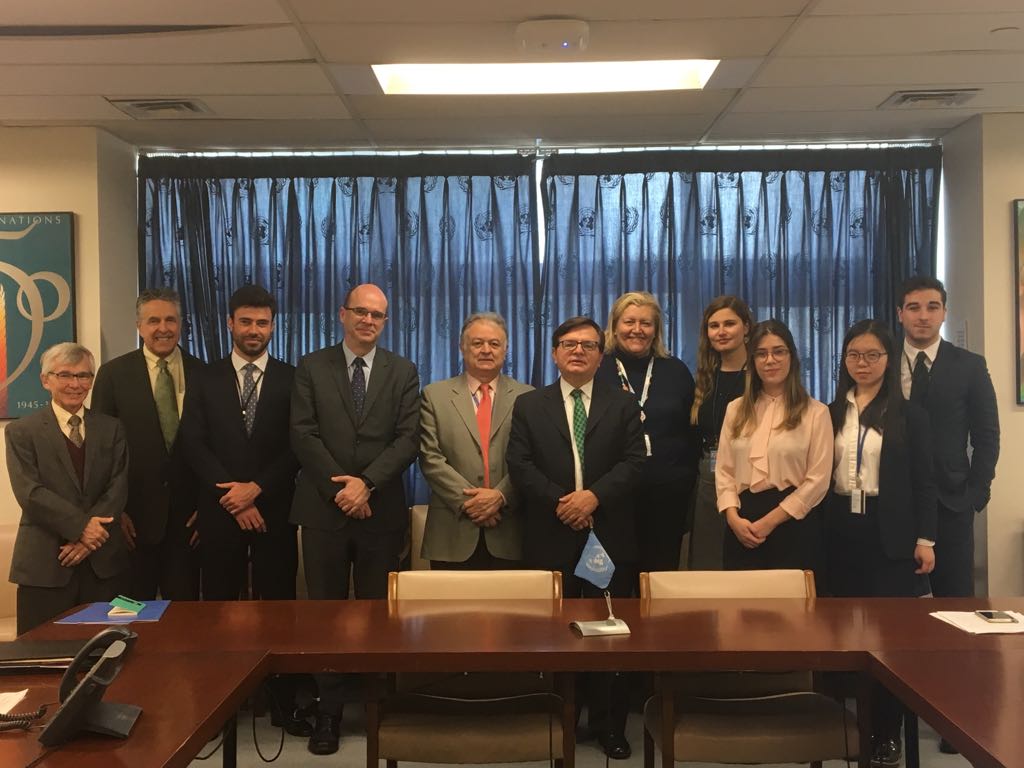 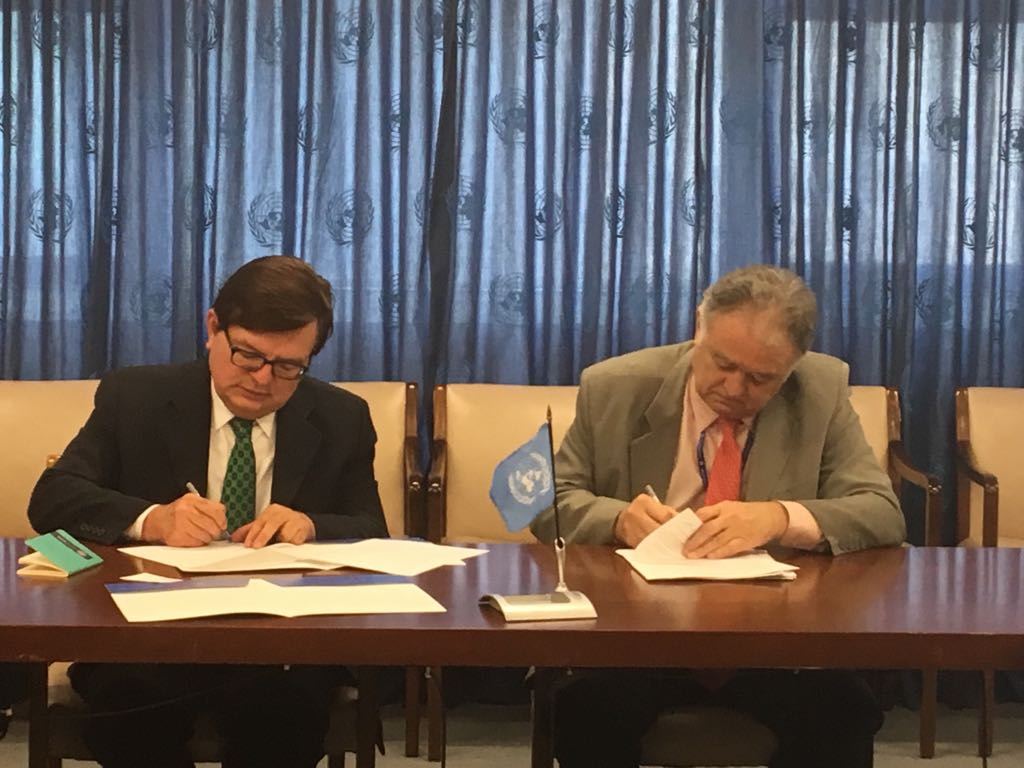 In an official ceremony held on 13 April 2018 in the offices of UNFF at UN Headquarters, Justice Antonio Herman Benjamin (WCEL Chair) and Manoel Sobral Filho (Director of UNFF) signed a Memorandum of Understanding (MoU) to collaborate on initiatives that strengthen legal aspects for the protection of forests, particularly in respect to drafting a Model Forest Act. Objectives of the MoU include investigation, preparation, and dissemination of forest best-practice legal systems, including the Model Forest Act in order to inform the drafting and updating of forest legislation globally (For a full text of the MoU, see "Downloads" section of this website).

It is widely recognized that the long-term viability of forests around the globe depends on the enactment and enforcement of national laws - in line with international agreements and goals. The expectation is that a robust legislative framework will be able to help the transformation of multiple sectors from drivers of deforestation, degradation, and fragmentation into stewards of biodiversity and ecosystem services. To this end, the WCEL Forests Specialist Group, chaired by Raul Telles, will now lead efforts under the MoU to meet demands for well-drafted legal and policy measures that address challenges to forest integrity. A small group of legal experts and scientists is being assembled to begin work on this important endeavor.

Forests are at the nexus of supporting life on earth through water cycling, soil conservation, carbon sequestration, habitat protection, and food security. They are home to over 80 percent of terrestrial biodiversity and 13 percent are managed primarily for their conservation. Forested watersheds and wetlands also supply 75 percent of the world’s accessible fresh water for domestic, agricultural, industrial and ecological needs. Importantly, the conservation of intact primary forests is considered an indispensable natural solution to climate change, the principal and best way to sustain ecological and natural processes, and essential for maintaining high levels of biodiversity.

Forests are also massive stores for carbon – in both above- and below-ground biomass. According to the Food and Agriculture Organization of the United Nations “[t]he world’s forests store more than 650 billion tonnes of carbon, 44 per cent in the biomass, 11 per cent in dead wood and litter, and 45 per cent in the soil.” Yet, forests continue to decline as human population grows and demand for food and land increases:  some 129 million hectares of forest – an area the size of South Africa – have been lost since 1990. While current trends point to land use change and deforestation as future net sources of carbon dioxide and other emissions, all changes to forests have not been uniform. Net annual loss of tropical forest area increased by approximately 7.6 million hectares with a net annual increase of more than 6 million hectares of agricultural land between 2000-2010. During the same period, boreal and temperate forest area increased and agricultural land decreased.

There is evident need for improved laws and institutional structures to govern the sustainable use of forests and improvement of ecosystem quality to achieve the UN Sustainable Development Goals. Existing laws need to be implemented and new policies developed on land-use change between forests, agriculture, and extractive industries in light of the Paris Agreement and SDGs. However, there is a widening gap between the demand for policy and actual implementation. While multilateral environmental agreements and integration of sustainable development have increased over the last four decades, effective policy intervention at national levels has yet to be realized.

Even when countries have environmental laws, plans, regulations, and policies, the lack of institutional coordination, weak enforcement and entrenched attitudes can result in insufficient implementation. In an FAO study analyzing 60 policy documents addressing land-use change between forest and agriculture in 27 countries, 25 percent of the documents cited uncoordinated law enforcement and weak judicial systems as factors that contribute to forest loss. Therefore, integrated and comprehensive solutions supported by best-available science are required to find a balance between complex environmental issues and legal frameworks. Cooperation under the MoU will allow the WCEL Forests Specialist Group, UNFF, and other partners to guide improvements to forest-related laws, the coherence of policies, and corresponding implementation as environmental challenges and national priorities change over time.