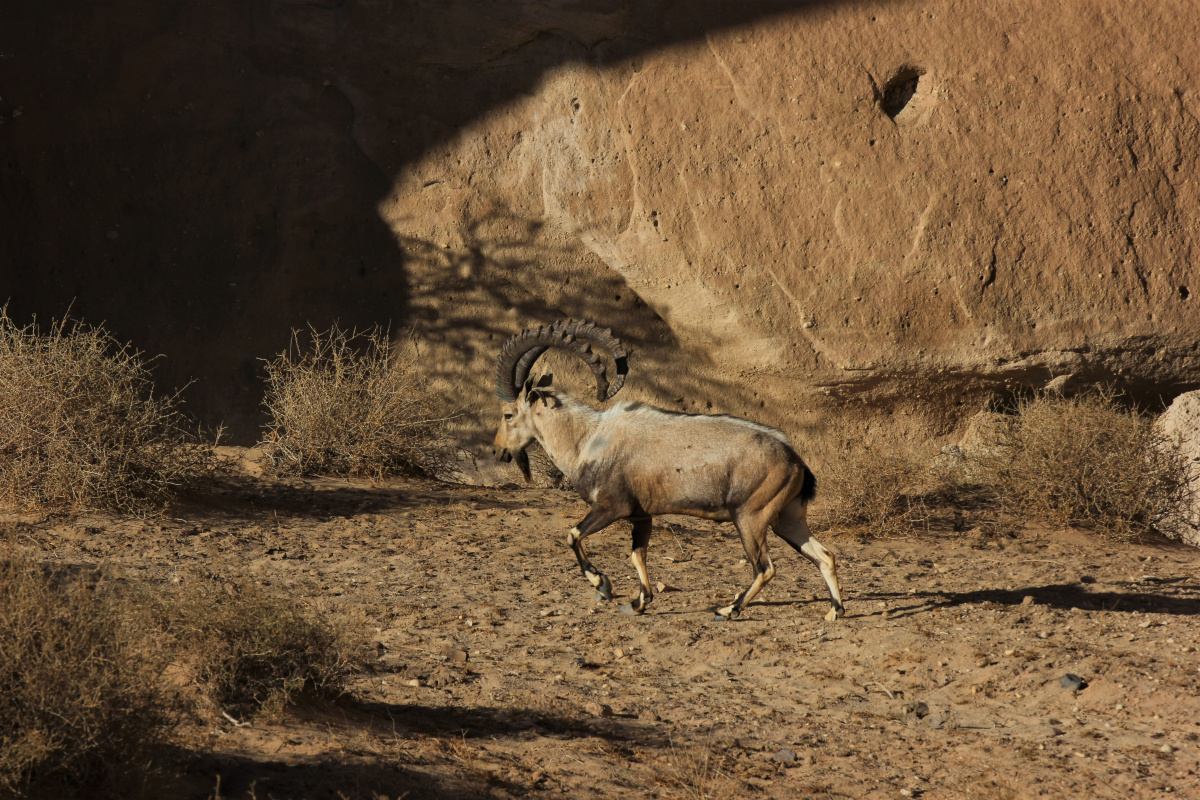 AlUla, Saudi Arabia, 24 February 2022 – The Royal Commission for AlUla (RCU), which is regenerating a vast swathe of north-west Saudi Arabia as a leading global destination for cultural and natural heritage, has been officially announced as a government member of the International Union for Conservation of Nature (IUCN).

This will support RCU’s strategy to conserve nature and wildlife by creating and activating nature reserves to protect ecosystems, fragile habitats and biodiversity; restoring and enhancing degraded ecosystems and ecological processes; and reintroducing native species.

While IUCN government members are primarily at the state level, RCU was granted government membership status in recognition of its commitment to conservation. RCU will now be able to not only draw upon the specialist knowledge of 18,000 IUCN experts, but also provide information on the results obtained from its work in AlUla to a global audience through, for example, attendance at the IUCN annual meetings and quadrennial congresses.

Amr AlMadani, the CEO of RCU, commented: “This announcement is a testament to AlUla’s potential for natural heritage and wildlife conservation. It demonstrates the increasing international recognition that RCU, undertaking a project of immense scale, is a key player in global conservation. We look forward to the increased exchange of knowledge between our two organisations so that the flora and fauna of AlUla can be restored to their former glory through cutting-edge approaches.”

Abeer AlAkel, Chief of Special Initiatives & Partnerships at RCU, said: “Mutually beneficial partnerships are essential to RCU’s strategy. They create a platform for acquiring knowledge, establishing alliances with key scientific stakeholders, expanding our expertise and co-creating initiatives. We welcome international partners such as IUCN that will be with us for the long haul and that share our desire to benefit the citizens of AlUla.”

IUCN was founded in 1948 and has counted Saudi Arabia as a member since 1981. IUCN is the global authority on the status of the natural world and the measures needed to safeguard it. In recent years it has worked on a number of initiatives in the Arabian Peninsula, including ensuring that key knowledge products such as the IUCN Red List of Threatened Species and the IUCN Green List of Protected and Conserved Areas are integrated into local level planning and regulations.

Last year, RCU and IUCN cemented their partnership with the signing of a three-year cooperation agreement. The agreement is assisting RCU in developing a Protected Area Network with effective and equitable governance of natural resources that provide benefits to both people and nature as it regenerates a territory spanning 22,561 sq km centred on AlUla County. Specific areas covered by the agreement include enhancing support for effective and equitable governance of natural

“I am very pleased to welcome the Royal Commission for Al Ula to the IUCN family,” said  Dr Bruno Oberle, IUCN Director General. “Counting RCU among our Members will enhance IUCN’s presence in the region, and further strengthen the Union’s capacity to promote the good governance of the world’s natural resources and environment”.

For millennia AlUla has been home to a rich and diverse environment, featuring spectacular landscapes and a wealth of biodiversity from small and beautiful flowering plants that blossom annually after seasonal rains to acacia thickets, specialist animals such as the Nubian ibex and top predators like the Arabian Leopard. However recent human activity including water-table depletion and overgrazing has resulted in habitat loss and fragmentation, with detrimental consequences for local species. RCU, established by Royal Order in July 2017, is protecting and enhancing the region’s cultural and natural assets. By following the principles of the AlUla Sustainability Charter, and with the assistance of IUCN and other strategic partners, RCU is pursuing a world-leading, socially responsible approach to the conservation, interpretation and presentation of natural and cultural heritage.

Dr Hany El Shaer, Director of the IUCN Regional Office for West Asia, added: “We are proud that the Royal Commission for AlUla  has joined IUCN. Their accession constitutes a qualitative addition to the West Asia Office , which in turn will contribute to the protection and conservation of nature in the Kingdom of Saudi Arabia in particular and the West Asia Region in general”.

About the Royal Commission for AlUla

The Royal Commission for AlUla (RCU) was established by royal decree in July 2017 to preserve and develop AlUla, a region of outstanding natural and cultural significance in north-west Saudi Arabia. RCU’s long-term plan outlines a responsible, sustainable, and sensitive approach to urban and economic development, that preserves the area’s natural and historic heritage, while establishing AlUla as a desirable location to live, work, and visit. This encompasses a broad range of initiatives across archaeology, tourism, culture, education, and the arts, reflecting a commitment to meeting the economic diversification, local community empowerment, and heritage preservation priorities of the Kingdom of Saudi Arabia’s Vision 2030 programme.

Created in 1948, IUCN is now the world’s largest and most diverse environmental network, harnessing the knowledge, resources and reach of more than 1,400 Member organisations and some 18,000 experts. It is a leading provider of conservation data, assessments and analysis. Its broad membership enables IUCN to fill the role of incubator and trusted repository of best practices, tools and international standards.