This is the third in a series of six web stories exploring how Viet Nam can implement its COP26 energy commitments while minimizing environmental impacts and making progress on broader sustainable development goals. Other pieces explore topics like what role wind power can play in Vietnam’s electricity mix, renewable energy integration into the grid, and how Vietnam can protect the natural productivity of the Mekong Delta by investing in alternatives to the Sekong A dam in Lao PDR. 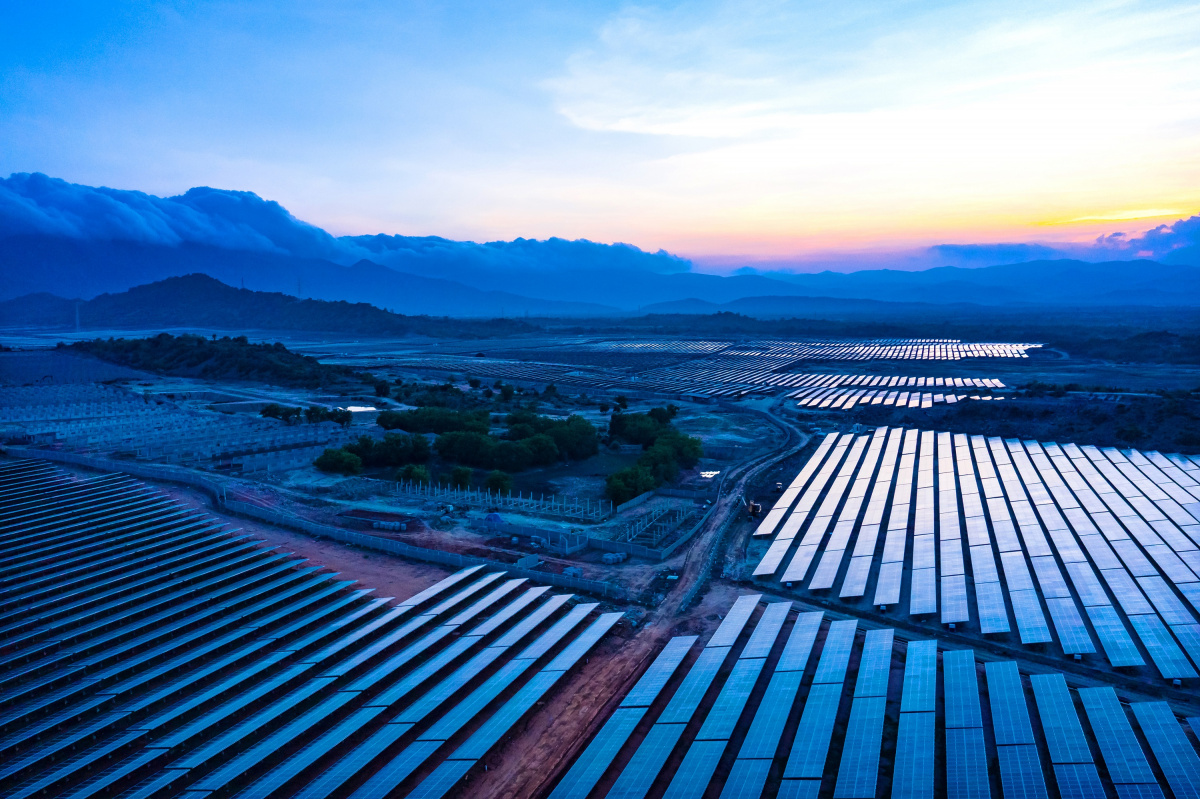 To meet its goal of net-zero emissions by 2050, Viet Nam needs to massively increase its renewable energy capacity, particularly solar and wind. This will require substantial investment: the most recent iteration of Vietnam’s Power Development Plan 8 (PDP8) estimates an annual financing need of over $11 billion, much of which will be allocated for renewables. To date, almost all investment in Vietnam’s renewable generation has come from domestic and regional sources. Maintaining the rapid expansion of renewables, however, depends on Vietnam’s ability to unlock international investment.

Viet Nam has done an impressive job tapping into local private investment to rapidly scale up solar from almost nothing in 2017 to more than 16,000 MW in 2022, far exceeding government targets. While it's not yet clear exactly how much solar and wind are included in in the final PDP8, they are clearly set to rise.

Mekong Infrastructure Tracker data suggest most of the foreign companies sponsoring renewable energy projects in Vietnam come from other countries in Asia, notably Thailand, Japan, and the Philippines. China is largely absent as a project developer or financier in Vietnam, although its companies are heavily involved in neighboring Cambodia and Lao PDR.

Infographic showing nationality of companies involved in Vietnam’s RE projects: 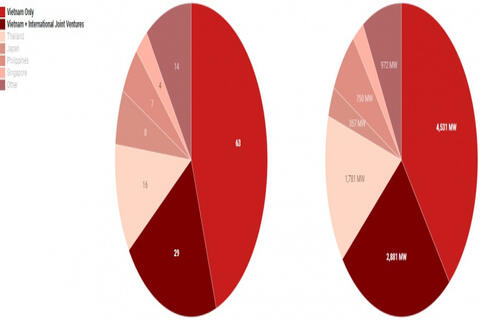 Photo: Companies involved in RE projects © the Stimson Center

The problem is that Vietnamese banks and developers don’t have the financial capacity to meet future investment needs. Achieving net-zero can only be achieved if Vietnam mobilizes international funding. This requires reforms in investment policy. To unlock international support Vietnam needs to address the following regulatory obstacles:

Viet Nam has taken steps to address these issues: in January 2022 the National Assembly adopted Law No. 3 which gives private companies the right to invest in and operate electricity transmission lines. This should alleviate some of the uncertainty and risk involved in connecting renewable energy to the transmission network. The Ministry of Industry and Trade has announced a 2-year pilot direct PPA scheme starting in 2022.

But more needs to be done. The top priority is for the government to issue a revised PPA that is attractive to international investments. There is also a need to ensure that future permitting and pricing policies are transparent, clear, and include longer time horizons to avoid uncertainty.

As electricity demand continues to rise, direct PPAs could play a key role in decarbonizing Vietnam’s industrial sector. Industry is a major emitter of greenhouse gases and many international companies want to green their supply chains and meet their carbon emissions targets, which are often more ambitious than Vietnam’s official targets. Direct PPAs will incentivize these companies to invest in their own renewable energy generation and at the same time reduce demand on the national grid.

This is an important moment for Viet Nam to adopt regulations to attract much greater international financing. The Biden Administration’s Indo-Pacific Strategy prioritizes clean energy, but the U.S. Development Finance Corporation has yet to identify a flagship renewable energy project in Southeast Asia. Post-COP26, the Japan Bank for International Cooperation announced a decarbonization initiative for emerging economies in Southeast Asia as it works toward a net-zero emissions portfolio. Even China, historically a big funder of coal plants, issued guidelines in March 2022 on greening the Belt and Road Initiative by supporting low-carbon projects including renewables and energy storage. If it gets its regulations right, Viet Nam can unlock substantial new funding to power its renewable energy transition.

This is part three of six web stories produced by the Stimson Center and IUCN under the Swiss Agency for Development and Cooperation BRIDGE (Building River Dialogue and Governance), a global hydro-diplomacy project that IUCN is facilitating in 15 transboundary river basins, including the Mekong. For the other five webstories, please see:

#2: The Sekong A dam in Lao PDR and the Mekong Delta: a moment of decision for Viet Nam

#4: Opportunities and challenges in expanding wind in Vietnam’s electricity mix