Today, IUCN Viet Nam joined 58 embassies, UN agencies, international organisations, and international NGOs in signing a Code of Conduct on Combating Plastic Pollution at the Embassy of Canada in Hanoi. 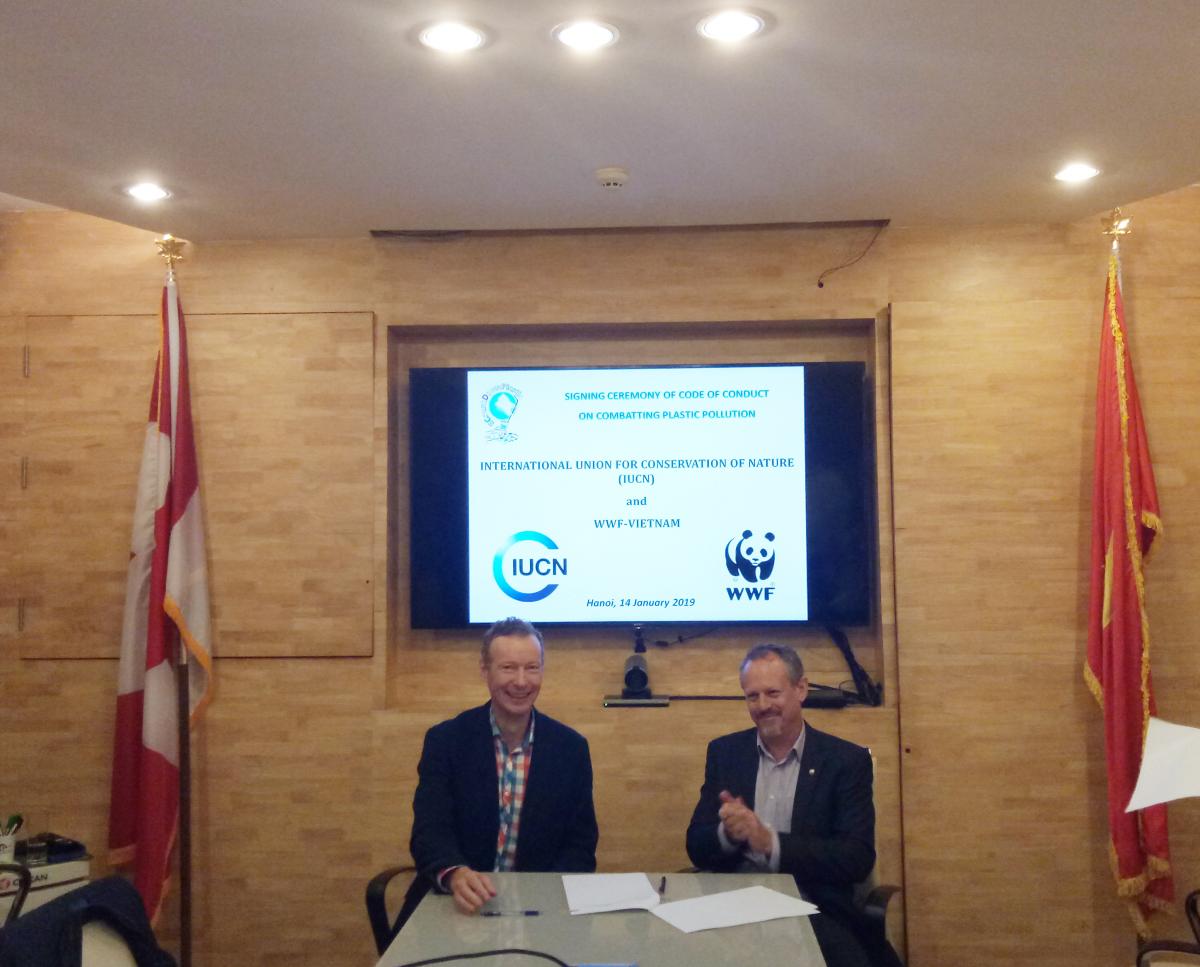 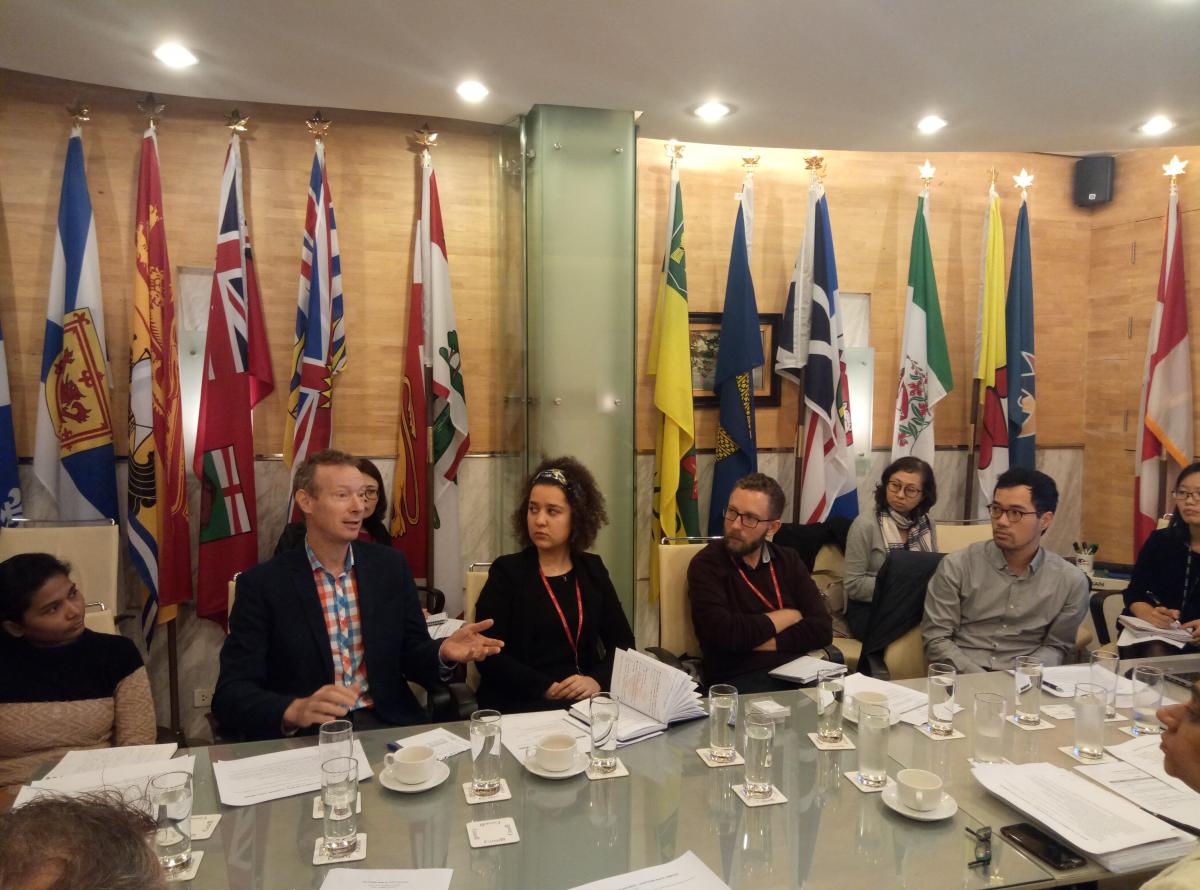 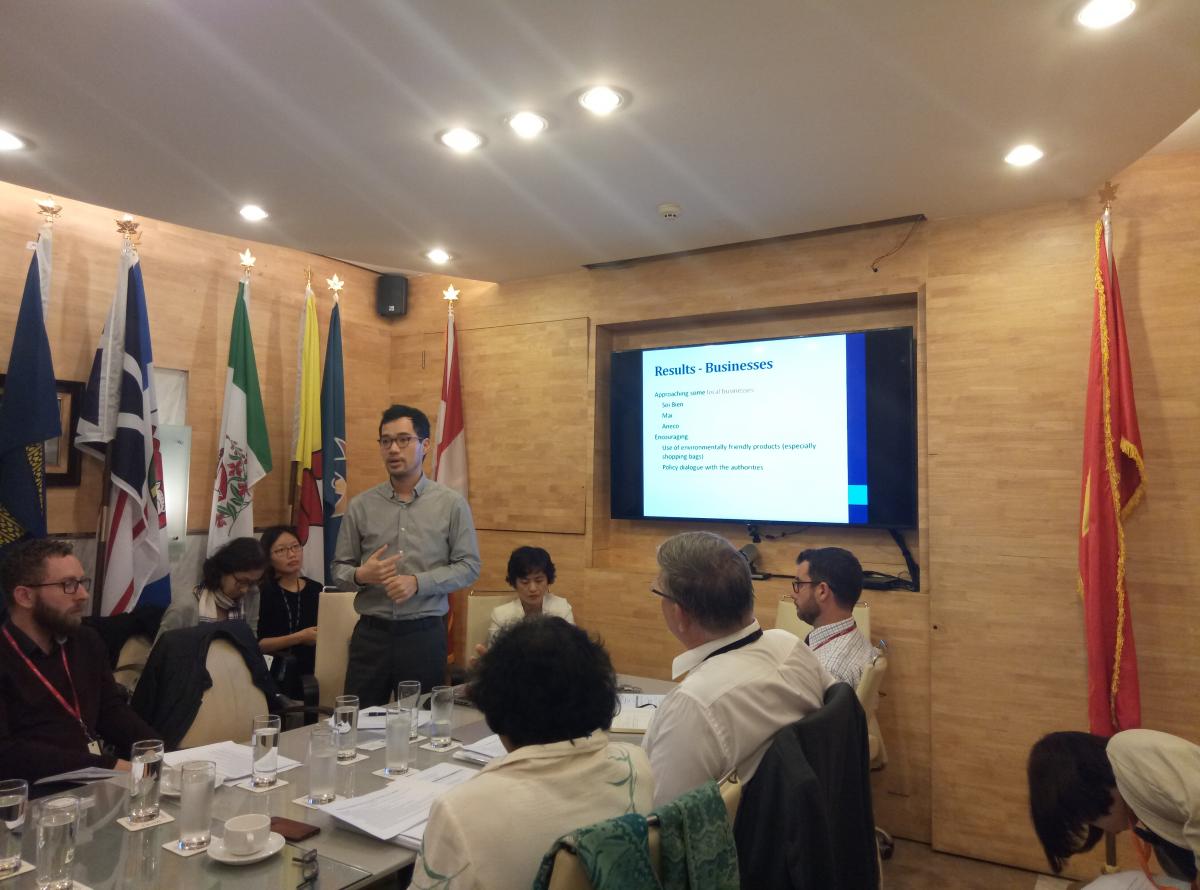 Viet Nam is the world’s fourth largest marine plastics polluter and the Code of Conduct is part of a broader international initiative that aims to support efforts by the Vietnamese government, businesses, and the civil society to substantially reduce plastic pollution.

The Code of Conduct, which was initiated by the Canadian Embassy in Viet Nam to raise awareness of the negative impacts of plastic waste pollution, requires signatories to eliminate the use of disposal plastic water bottles at work while seeking alternatives at meetings and events. The Code of Conduct also requires signatories to assess current office practices and their impact on plastic waste generated, to institute workable changes to minimise plastic waste, and to encourage employees to reduce plastic waste while informing them about how to refuse, reduce, reuse, and recycle plastics at the household level.

By signing the Code of Conduct, IUCN Viet Nam is walking the talk and doing its part to tackle marine plastic pollution. It has, for example, started working with partners and suppliers to reduce plastic waste consumption.

On the tackling plastic pollution front, the country office is currently also implementing MARPLASTICCs, an IUCN project which focuses on encouraging relevant stakeholders to develop and enforce legislation and other measures to reduce marine plastic pollution.

Since its launch in June 2018, the Code of Conduct initiative has taught around 1,000 school children in Hanoi about the implications of plastic waste pollution and the importance of waste separation. The initiative also played a key role in the country’s first national marine plastics workshop, led by MONRE’s Vietnam Administration of Seas and Islands (VASI), in December 2018.