With a total area of 3.7 hectares (roughly the size of 5 football pitches), the coastline in front and the famous Hai Tang pagoda in back, the Pagoda Field in Cu Lao Cham, Viet Nam is a place of great natural beauty and of religious and historical value. The area is part of the Cu Lao Cham Marine Protected Area (MPA), which was recognised by UNESCO as a World Biosphere reserve in 2009. 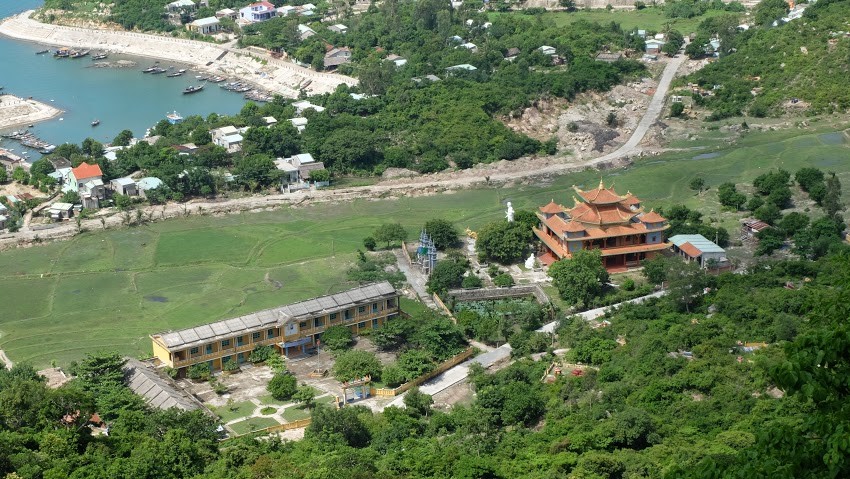 Once used for rice cultivation, the fields were abandoned due to water scarcity and rapid population expansion. Several businesses expressed interest in developing the area to accommodate the 1,700 tourists the island receives per day, a figure that is only expected to grow.

However, when it comes to economic development, environmental protection is just as important. If plans for the area are not sustainable, the huge volume of tourists could destroy the natural value of the island. The government therefore decided that Pagoda Field would be converted into a park, though this plan must also be carried out wisely, so as to avoid conflict between residents and authorities.

With support from Mangroves for the Future (MFF)’s small grant facility, Da Nang Architecture University is implementing a project that aims to enhance the capacity of local communities to participate in the planning process of Pagoda Field Park. As planning processes in the country are mostly undertaken by the government, this approach is considered to be quite innovative. 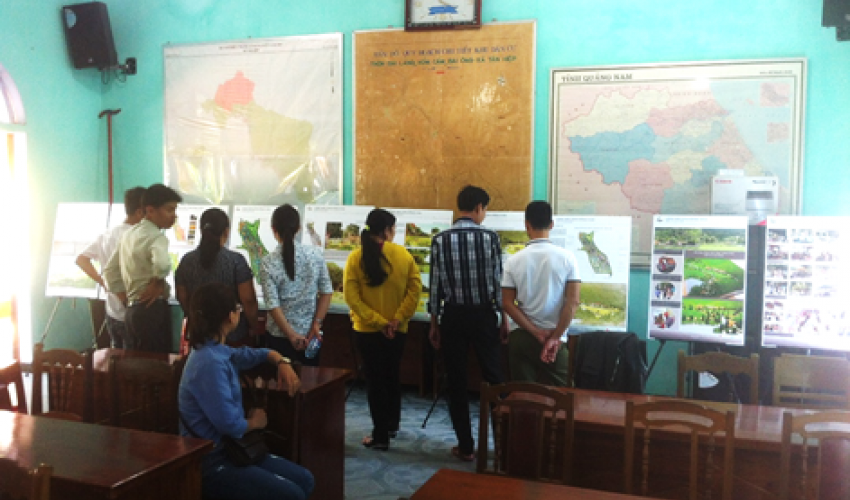 Photo: © DNAU
“In the beginning, local people seemed hesitant to participate in the process,” says Phan Trang, Project Assistant at Danang Architecture University. “However, after a number of trainings, surveys and meetings, local people seemed more interested. In the end, about 100 members became directly involved in planning the Pagoda Field. We felt proud that we were able to contribute to the future of the island.”

After eight months of implementation, 500 villagers learned about the planning process of the island and the park and around 20 local villagers became key members, providing comments and feedback on behalf of local communities. 50% of households in the island were also surveyed on their opinions about the development plan for the park.

Taking into account the feedback of local communities, a planning design for Pagoda Field was developed towards the end of 2016. The plan focuses on promoting the value of the nature and history of Cu Lao Cham, with an emphasis on preserving the huge grass fields, reopening the streams and creating experimental and organic vegetable gardens. The park would also offer a playground for children and a relaxation area for older people, along with other facilities. 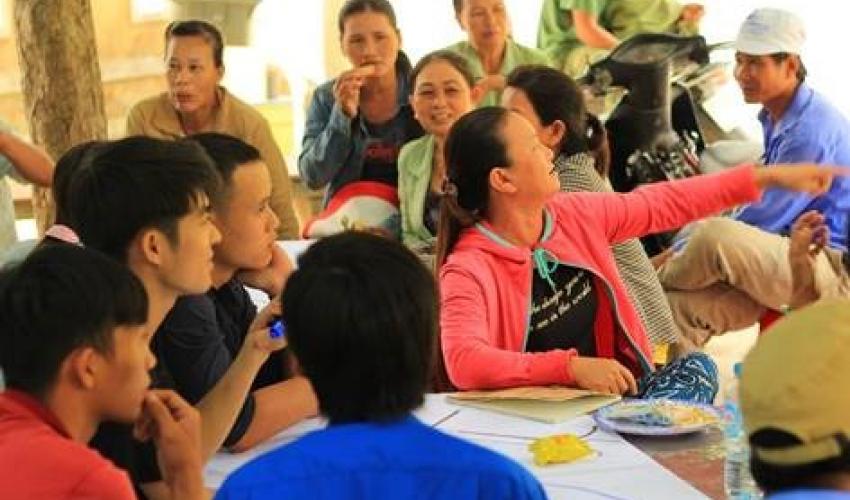 Photo: © DNAU
The planning dossier was submitted in February 2017 to the Hoi An City People’s Committee (CPC) for approval and received positive feedback from the city leader. According to the Vice Chairman, Nguyen The Hung, “many proposals for Pagoda Field Park were developed in the past, but this is the first one to receive full support from the local government and communities.” In 2018, the Hoi An CPC will allocate New Rural Development funds to implement the approved plan.

“Other places in Quang Nam Province, such as Cam Thanh and Hoi An, could also benefit from participatory planning processes,” said Tran Anh, Deputy Secretary of the CPC. “Any development plan will impact local people, so they should have the right to have their voices heard.”