Ha Long Bay decision: Polystyrene banned and must be replaced 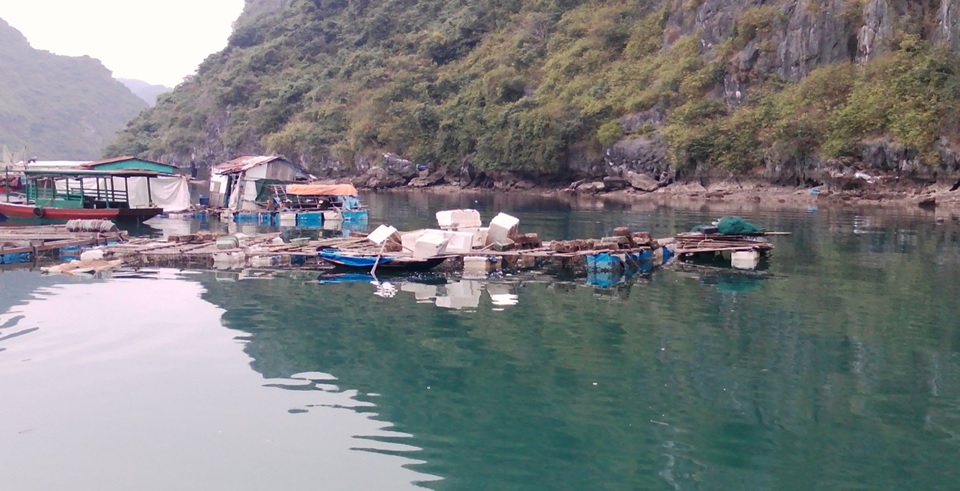 On June 26, The Committee also said it would begin working with relevant stakeholders and communities to replace the troublesome material with less environmentally damaging alternatives, such as other plastics that don’t break down.

The announcement represents a significant step forward in the fight to combat Ha Long's polystyrene plague, which has become a big concern to both locals and visitors to the important heritage site.

On the 14 June, IUCN, in collaboration with Au Co Cruise Boat Company and the Ha Long City People’s Committee, organized a coastal cleanup with young volunteers.

Surveys from the bay, undertaken during that cleanup and others, show that up to 45% of the trash there is expanded polystyrene, which is not only toxic to small fish but is a visual blight that badly affects the experience of visitors. 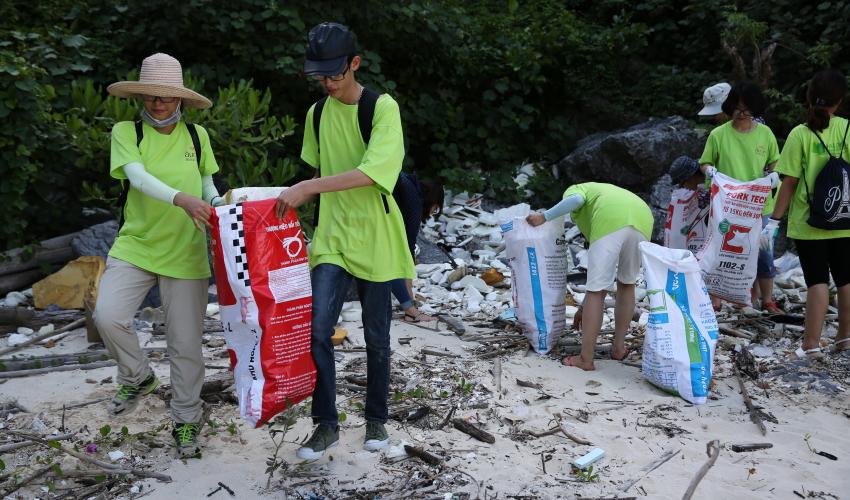 Tourists frequently mention their disappointment regarding pollution in the bay on review sites such as Trip Advisor.

IUCN submitted the results of the latest cleanup day to Ocean Conservancy – a nonprofit environmental advocacy group based in Washington D.C - and also organized the 3rd Leadership Committee meeting of the Ha Long-Cat Ba Alliance, where solid waste in the bay’s waters was top of the agenda.

At the meeting, the issue of the growing polystyrene menace was discussed and potential solutions were brainstormed. Following the meeting, the Ha Long City People’s Committee issued the decision to ban the use of and begin replacing any polystyrene used in structures in the bay.

The move has been welcomed by observers and stakeholders alike, who say that the announcement is good progress for the bay.

“IUCN congratulates the Ha Long City People’s Committee on this decisive announcement,” said Jake Brunner, Head of IUCN’s Indo-Burma Group. “We look forward to supporting both the government and businesses in ensuring its speedy implementation.”

“This is a very clear step in the right direction,” added Darius Postma from the Au Co Cruise Boat Company, an important private sector partner in the Ha Long – Ca Ba Alliance.

“It would be a great victory for this unique site if the Hai Phong City People’s Committee followed suit, thereby ensuring the preservation of the bay for generations to come.”

Through the USAID-funded Ha Long – Cat Ba Alliance project, IUCN continues to provide support to local government, communities and businesses whose viability depends on improving water quality in the bay. The Alliance is an important a multi-stakeholder platform that’s identifying and proposing practical solutions to the bay's environmental problems.