Community-based coastal resources management works: IUCN recently visited two successful ‘crab banks’ in Bang Son Bay, where crab resources are enhanced by keeping female crabs in a shelter until they hatch their eggs, allowing them to release thousands of offspring into the sea. These crab banks provide valuable lessons learned for other coastal communities nearby on what makes community-based conservation a success. 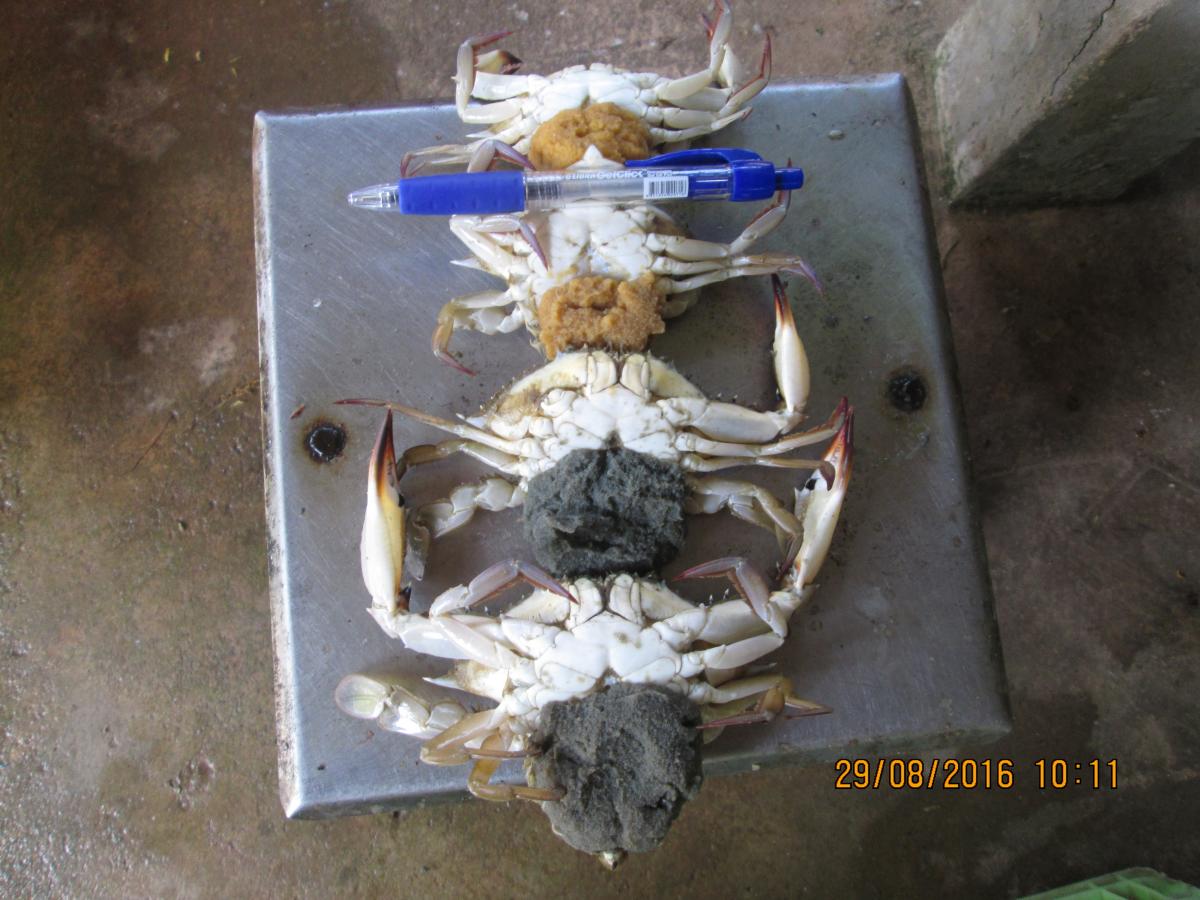 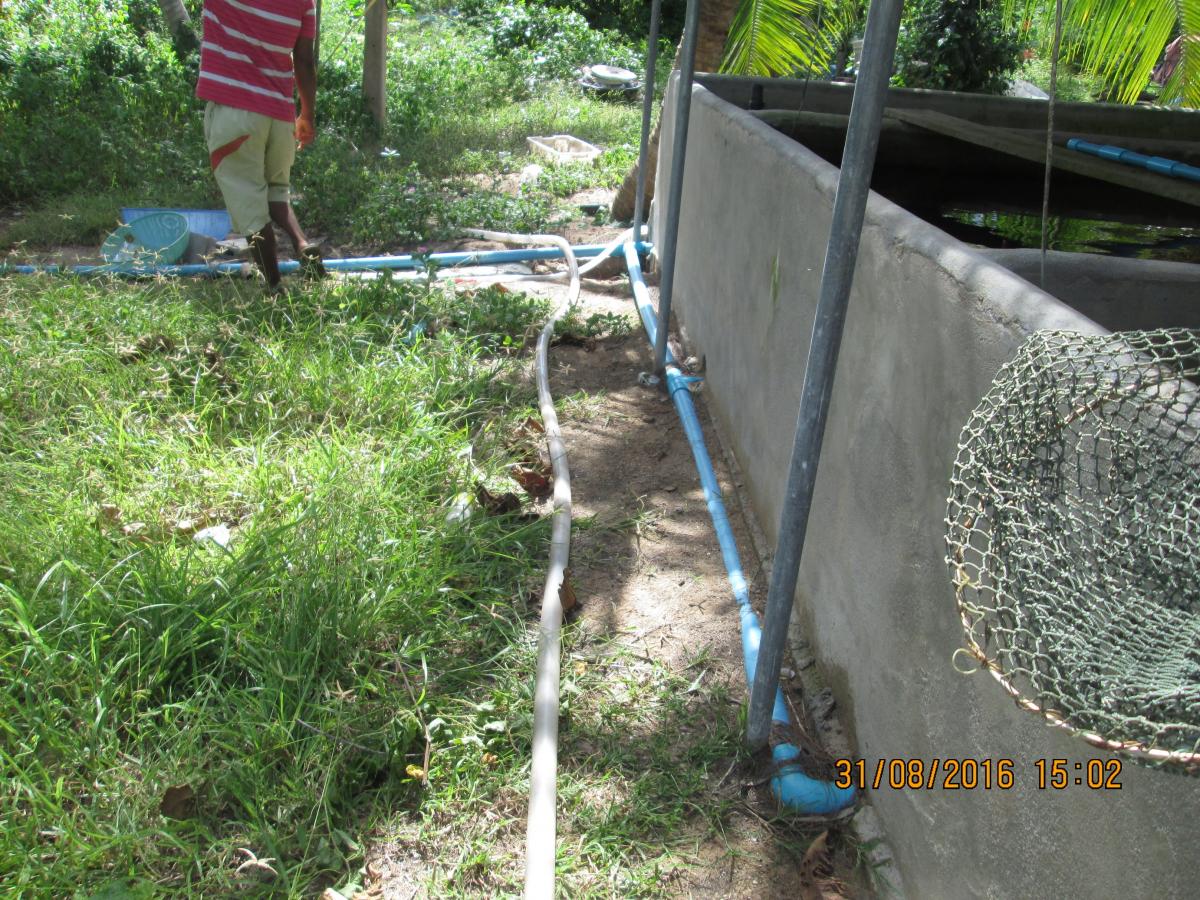 Populations of blue swimming crabs and other crab species in the Gulf of Thailand have been declining due to overfishing and other pressures on marine resources. In order to restore crab populations and increase income from crab harvesting, crab banks have been established in several locations across the Gulf. However, not all of them have been successful. Two examples from Ban Koteab and Ban Lamtan villages show that, if designed well, these community-based conservation measures can be an important driver for the improved management of crab stocks.

IUCN is working with Bang Son villagers and local administrations to implement the project ‘Strengthening community capacity and resilience through integrated coastal and marine resources management in Bang Son community’, a project funded by Thai Union Group. The objective of the project is to enhance community capacity and develop a long-term plan for integrated coastal resources management in Bang Son sub-district. In the longer term, the project also aims to establish a link with Thai Union’s supply chain for certified fishery products of the community that ensure sustainable fishing and aquaculture practices.

Bang Son is located in Chumphon Province in the Gulf of Thailand and has a coastline of 12 km. Bang Son Bay connects with the mouth of Bang Son Canal, an important channel that enhances the food chain of the marine ecosystem by bringing organic material from the land to the sea. Local fishers from Bang Son and Chumko sub-districts depend on the shared marine and coastal resources for their livelihood.

In the past, Bang Son villagers used to have a crab bank similar to the ones in Ban Koteab and Ban Lamtan villages, but this activity has not been sustained due to a lack of continuity and ownership by the project stakeholders. The villagers now expressed interest in re-establishing the crab bank as part of their community-based coastal and marine resources management plan.

Blue swimming crab is one of the important economic aquatic species of the Bay. It is caught by crab gill nets and crab traps. The peak season of this species is during July-September annually. Both local fishers and the Department of Fisheries (DOF) had noted a decline in the species due to the increasing number of fishing gears and fishing vessels operating in the area. To address this issue, DOF organized a campaign to implement crab bank activities in 2002, based on lessons learned from the Bay of Bengal Programme in Phang Nga Bay.

In Chumphon Province, the crab bank activity was first introduced to local fishers of Ban Koteab Village in Pak Klong sub-district in 2002. A facility was set up where female crabs with eggs could be kept until they release their eggs. After hatching, the crabs are sold to the market and the benefit goes to a community fund that supports the maintenance of the crab bank. In addition to enhancing crab resources, this activity also allows to raise awareness among local communities of the importance of conserving marine resources.

The model was later replicated in a neighbouring village, Ban Lamtan in Chumko sub-district. Three years ago, Mr Bunpracha Sripirom, a local fisherman, constructed three cement ponds serving as a crab bank facility. Female crabs are kept in the ponds until they release their eggs, which are then released back into the sea through a PVC pipeline. Mr Bunpracha recognises the importance of keeping the gravid crabs in order to sustain crab resources. He has also noted that in recent years, the size of spawning female crabs has become smaller, which may indicate that the species is trying to adapt to the increased pressure.

IUCN is now working with Bang Son community, but also with seafood suppliers and local administrations, to improve sustainability of their fishery resources. This good practice of crab resources enhancement will serve as a model for Bang Son, to ensure that crab and other fishery resources are harvested in a sustainable way and that our food supply chain is kept in balance.