Hunuwela Estate is situated on sloping lands between Opanayake and Pelmadulla in the Wet Zone of Sri Lanka. In an effort to fulfill the obligation of sustainability within all of Dilmah’s operations, Dilmah Conservation (DC), together with the IUCN Sri Lanka, conducted a biodiversity and water quality assessments in a number of Dilmah’s tea estates. It was through these surveys that the treasure trove of biological diversity within Dilmah’s very own Hunuwela Estate was discovered. 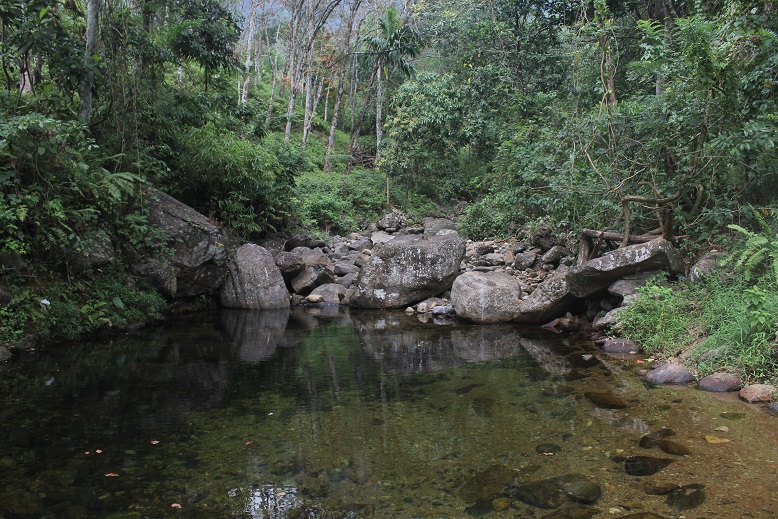 Home to a total of 282 species of flora and 214 species of fauna, Hunuwela Estate is an important repository of Sri Lanka’s biodiversity. A significant discovery of the initial biodiversity surveys was the presence of two highly endangered (both nationally and globally) species of dragonfly – the Rivulet Tiger (Gomphidia pearsoni) and Wijaya’s Scissortail (Microgomphus wijaya) – along with another 58 endemic and 28 nationally or globally endangered species residing within the estate. 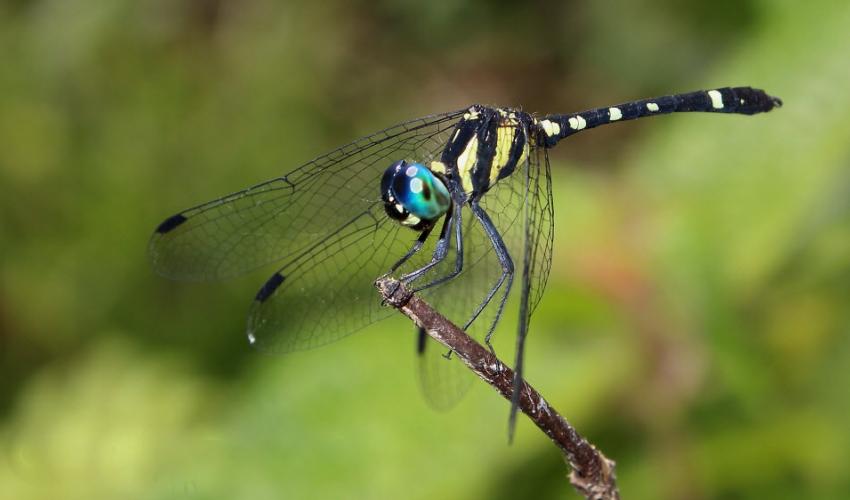 Dragonflies identified during the assessment are an important part of any natural habitat. They play both predator and prey roles and these species are a source of food to many other animals including birds, reptiles and mammals. Perhaps more significantly, they are an efficient control against nuisance and pest species such as mosquitoes (a single dragonfly is able to feed on 30-100 mosquitoes a day!). Dragonflies are highly efficient as indicators of environmental health since they are extremely sensitive to the environment and only residing in clean and healthy aquatic habitats. Thus, the preservation of these species is important to the local biodiversity as well as to local communities. In addition, a number of other species recorded from Hunuwela Estate such as Small Leopard (Phalanta alcippe), Pale-faced Forest skimmer (Cratilla lineata calverti), Lyrate Grappletail (Heliogomphus lyratus) were first time observations in this region of the country. 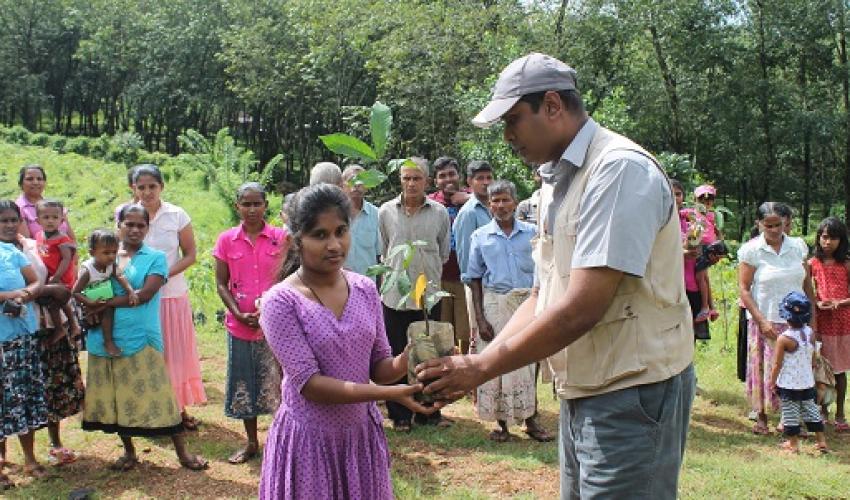 Inspired by the demonstrated success of the initial set of interventions, Dilmah Conservation and IUCN Sri Lanka aim to continue and upscale these conservation efforts. During the next couple of years, physical conservation interventions planned cover activities to enhance watersheds within the site, including construction of check dams to reduce erosion, improving or creating retention ponds and wetlands to capture the rain water and also to recharge groundwater. Ecological restoration planned includes habitat restoration and the establishment of a plant nursery and planting them in a way to improve the connectivity between natural habitat areas. Furthermore, long-term plans will be developed to establish riparian buffer zones. DC and IUCN Sri Lanka will continue to carry out periodic collection of ecological data as well as regular awareness creation programmes. Work is also underway to promote responsible tourism and recreational activities along with the establishment of an educational nature trail.

This pilot to assess, understand and conserve the natural and semi-natural habitats of the Hunuwela estate of Dilmah Conservation is an important milestone in the efforts towards long-term conservation of Sri Lanka’s biodiversity. The initiative and follow up actions are expected to improve Sri Lanka’s competitiveness in the global market place as an eco-destination, in addition to the further consolidation of the goodness of the “Ceylon Tea.”