The Giraffe and Okapi Specialist Group of the IUCN Species Survival Commission recognizes World Okapi Day, which has been held on October 18 each year since 2016. 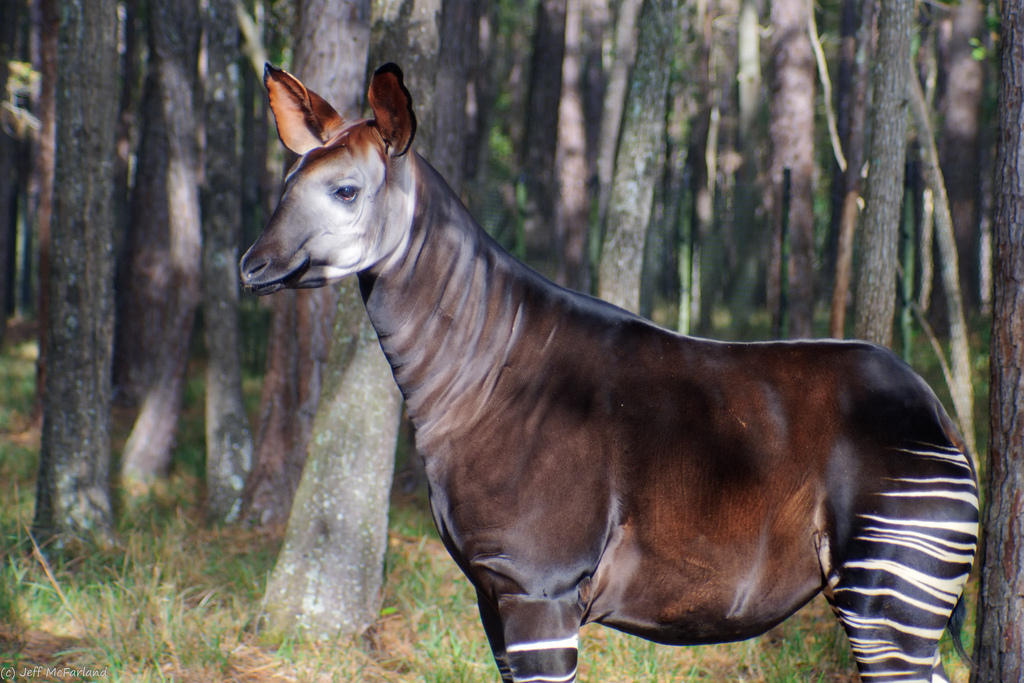 The Endangered okapi is the giraffe's only living relative and is found only in the forests of the Democratic Republic of Congo. Perhaps one of the most enigmatic large mammal species in the world, the okapi was described by western science in 1902 and is relatively unknown even today.

Numerous international partners are working to conserve the okapi today, led by the Institute in Congo for the Conservation of Nature (ICCN), in collaboration with the IUCN SSC Giraffe Okapi Specialist Group (GOSG). There is a hugely important project in the Okapi Wildlife Reserve (OWR) in Eastern DRC, on the right bank of the Congo River, covering around 14,000 km2. The partners working here to protect Okapi are the Wildlife Conservation Society, the ICCN (WCS has a ten-year partnership with ICCN to manage the whole OWR), and the Okapi Conservation Project, a partner of both ICCN and WCS. The Okapi Conservation Project is today conducting wide-ranging community events in several villages within the Reserve to celebrate global Okapi day. The other principal protected area where Okapi are well-protected is the Lomami National Park (almost 9000 km2) on the left bank of the Congo River where ICCN are working with the Frankfurt Zoological Society to protect the species. Additional areas where the species occurs on the east bank of the Congo River include the Maiko National Park, the Virunga National Park, Rubi-Tele Hunting Domain and the Usala Forest. Populations of okapi may also still occur in the Mount Hoyo Reserve, the Abumonbanzi Reserve and the Tayna Reserve.

Zoos with okapi directly support outreach and protection efforts on World Okapi Day in the RFO with the OCP team. The Zoo Antwerp International Studbook for okapi leads zoo efforts across the globe for a sustainable program for nearly 200 okapi in human care, as an assurance population for the endangered species. Through its field conservation programme the Antwerp Zoo Foundation, Zoo Antwerp is also developing a new project with local communities to protect Okapi in the little known Buta region of Northern DRC.

For more information about the okapi or to support okapi conservation projects please visit these websites:

A protected species under Congolese law, the Institute in Congo for the Conservation of Nature is responsible for okapi conservation efforts across the species’ range. Protected areas with okapi populations in Congo include the Okapi Wildlife Reserve, Maiko National Park, Virunga National Park and Lomami National Park. A century ago, the species was found within the Semuliki National Park in neighbouring Uganda, but has not been recorded there since. In partnership with ICCN, the Giraffe Okapi Specialist Group reviewed the okapi’s status and produced a conservation action plan in 2015. The species is currently classified as Endangered on the IUCN Red List due to threats across its range in the DR Congo which include illegal hunting, forest loss and human encroachment. The wild population of okapi is currently unknown, but may only number a few thousand today.