At the UNFCCC COP26 in Glasgow, Western Indian Ocean states and partners including International Union for Conservation of Nature (IUCN) have launched the Great Blue Wall initiative to establish a network of marine and coastal conserved areas to benefit biodiversity and local livelihoods, empowering communities to become stewards of the ocean. 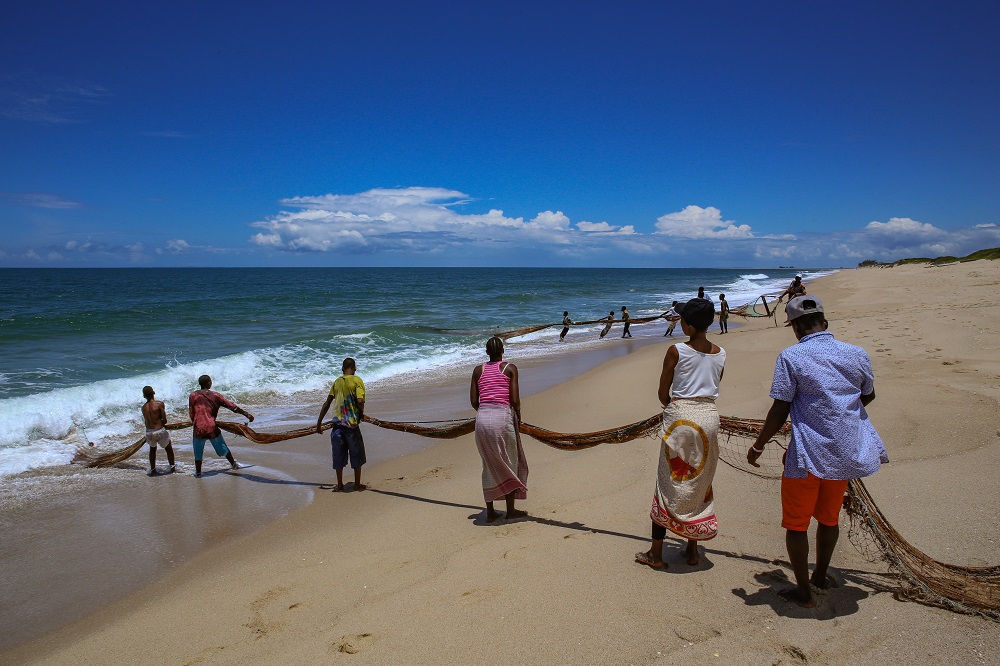 Through ocean conservation, the initiative will benefit at least 70 million people in the Western Indian Ocean region but could yet grow; all interested countries are welcome to join the coalition, from Africa and beyond.

“If we need to keep climate emissions at 1.5oC to survive, we will need to rely on healthy oceans,” said Dr Bruno Oberle, Director General, IUCN. “The Great Blue Wall is a model for building climate resilience and livelihoods as well as managing the sustainable use and restoration of marine ecosystems worldwide.”

Under the initiative countries will designate seascapes as IUCN Category VI conserved areas, which allow for sustainable use of natural resources to benefit local communities. Countries will also identify sites for conservation and restoration to achieve net gain of critical ecosystems like mangroves, seagrass meadows and coral reefs by 2030. These seascapes will form a connected network of conserved areas that will deliver conservation, boost livelihoods, and help strengthen resilience to climate change. This will contribute to achieving 30% marine conserved area coverage by 2030 while also supporting local communities’ livelihoods by accelerating the development of a regenerative blue economy.

“Improving the health of the ocean means improving the well-being of local communities. Through this partnership, millions of women and men will be able to build a better life for their families through enterprises that support ocean conservation.” said William Warshauer, President and CEO of Technoserve.

Local stakeholders, including indigenous people and local communities, will play a critical role in the governance and effective management of the network, and will be supported in their efforts to sustainably benefit from natural resources.

In his remarks, James Michel, former President of Seychelles said: “The Great Blue Wall initiative is a unique approach for the region, Africa and the world subsequently. It promises to play an instrumental role in helping to achieve a nature-people positive world; a planet in balance. This is a unique opportunity to move forward at an unprecedented speed. I pledge my full support for this visionary initiative.”

Flavien Joubert, Seychelles Minister for Agriculture, Climate Change and Environment said: “The beauty of the Great Blue Wall initiative is that it is not a far-fetched chimera but an actionable ambition because we already have building blocks in place. It is a matter of accelerating and scaling up these national actions and catalysing investment towards this grand initiative.”

To link global negotiations at COP26 with on the ground efforts in Africa, a parallel event was co-hosted by the Government of Tanzania, IUCN and the Irish Embassy in Tanzania, launching what will be the first seascape of the Great Blue Wall: the Tanga-Pemba Seascape.

Dr Abdallah Hussein Kombo, Minister of Blue Economy and Fisheries of the Revolutionary Government of Zanzibar said: “Zanzibar, and indeed the United Republic of Tanzania, is on course to engage in regional and global dialogue processes that address blue economy and ocean governance. Ocean governance is at the centre of the current climate discussions at COP26 in Glasgow. Given Tanzania’s commitment in implementing the Great Blue Wall initiative, this new partnership that we are all witnessing between Tanzania and the development partners bears testimony to the commitment that our governments have shown in embracing blue economy and conservation of our ocean ecosystems.”

As an action-driven and action-focused movement, the Great Blue Wall aims to dramatically accelerate and scale up ocean actions and establish a concrete roadmap to achieve 2030 conservation, development and climate targets.

Simon Coveney, Minister for Foreign Affairs of the Republic of Ireland said: “The Great Blue Wall is a wonderful, practical example of how working together we can manage our oceans more sustainably.  Our oceans are a shared resource which if managed well hold many of the solutions we need to tackle climate change. Initiatives such as the Great Blue Wall, addressing both protection and production, are not just about the health of the ocean but, essentially, the communities our oceans touch. I am pleased to announce today that Ireland is making a financial contribution through IUCN to the Great Blue Wall. This contribution will be instrumental to support the establishment the Tanga-Pemba Seascape in Tanzania, helping improve people’s livelihoods while enabling the long-term conservation of coastal and marine biodiversity, as well as ecosystem services.”

About the Great Blue Wall

The Great Blue Wall initiative aims to establish a first-of-its-kind connected network of seascapes to benefit people and nature. The initiative will help:  protect 30% of the ocean by 2030; achieve net gain of critical blue ecosystems by 2030 (e.g. mangroves, corals, seagrasses); develop a regenerative blue economy and create millions of jobs by supporting local communities through funding, training and technical assistance.

Seascapes will be connected by the “great blue wall”: composed of conserved and restored ecosystems that shelter communities from the impacts of climate change, and help biodiversity recover. Participating in the initiative will help countries meet commitments made under three international frameworks: the UN Framework Convention on Climate Change, the Convention on Biological Diversity, and the UN Sustainable Development Goals.