Marseille, France, 10 September 2021 (IUCN) – The IUCN World Conservation Congress closed today in Marseille and online, setting the nature conservation agenda for the next decade and beyond. The IUCN Congress urged governments to implement a nature-based recovery from the pandemic, investing at least 10% of global recovery funds in nature, and adopted a series of resolutions and commitments to urgently address the interlinked climate and biodiversity crises. 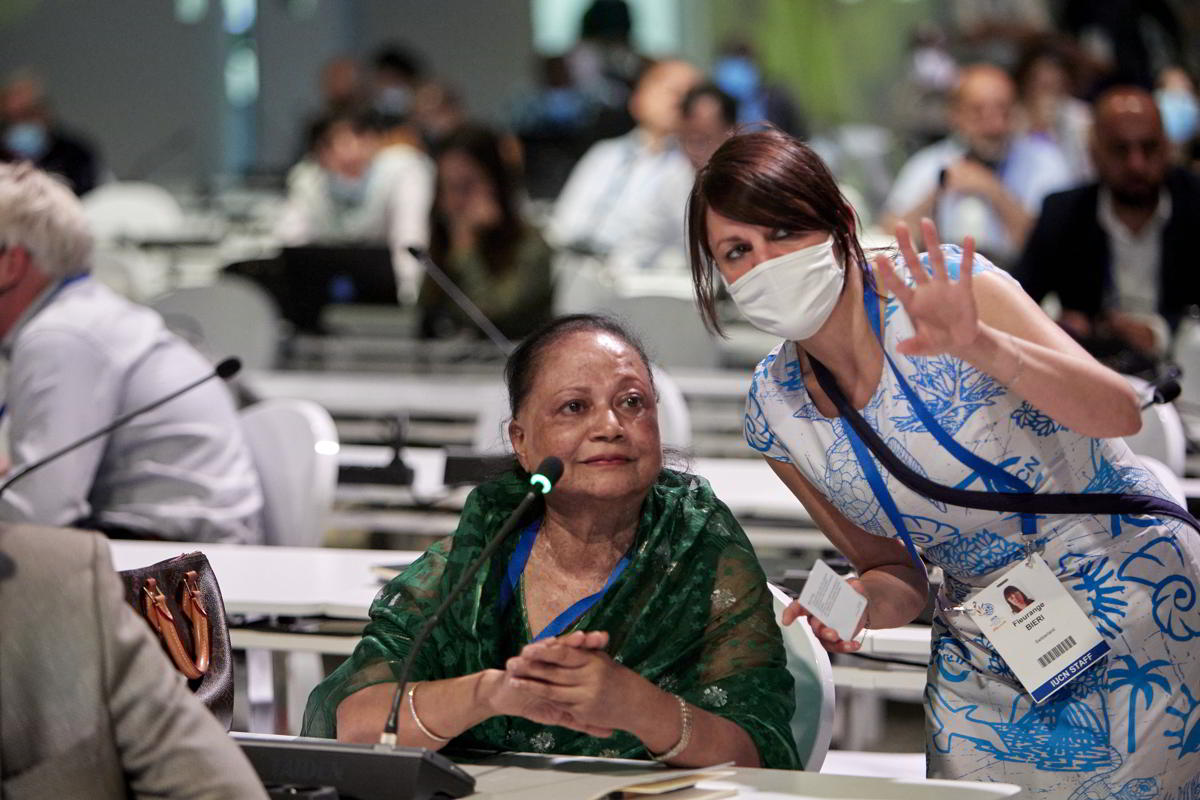 “The IUCN Congress acts as a unique, inclusive global environmental parliament, where governments, NGOs and Indigenous Peoples all have a voice. The decisions taken here in Marseille will drive action to tackle the biodiversity and climate crises in the crucial decade to come. Collectively, IUCN’s Members are sending a powerful message to Glasgow and Kunming: the time for fundamental change is now,” said Dr Bruno Oberle, IUCN Director General.

Resolutions democratically adopted by IUCN Members include a call to protect 80% of the Amazon by 2025, to halt deep-sea mining across the oceans, and for the global community to adopt an ambitious One Health approach. The active participation of Indigenous Peoples’ Organisation Members in IUCN’s democratic process led to a focus on indigenous peoples’ rights and role in conservation in many resolutions.

In total, IUCN’s more than 1,500 Members adopted 148 resolutions and recommendations, 39 through a vote at the IUCN Congress in Marseille, and 109 through online voting prior to the event. Among the decisions taken in Marseille was a resolution for IUCN to create a Climate Crisis Commission, to complement the Union’s existing six Commissions.

In the closing session of the IUCN Congress, the Union’s state, non-governmental and Indigenous Peoples’ organisation Members adopted the Marseille Manifesto, including the commitment to implement the first self-determined IUCN Global Indigenous Agenda.

Commitments announced by state and non-state actors at the IUCN Congress include:

Members also approved a new programme for IUCN for the next four years and elected new IUCN leadership, including the Union’s new President, Razan Al Mubarak.

With nearly 6,000 registered participants on site and more than 3,500 online participants, this hybrid event brought together leaders from government, civil society, indigenous, faith and spiritual communities, the private sector, and academia, to collectively decide on actions to address the most pressing conservation and sustainable development challenges. Over 25,000 members of the general public also visited the Exhibition and the Espaces Generations Nature.

The IUCN Congress focused on three main themes: the post-2020 biodiversity conservation framework, to be adopted by the parties to the UN Biodiversity Convention; the role of nature in the global recovery from the COVID-19 pandemic; and the need to transform the global financial system and direct investments into projects that benefit nature.

Final Resolutions and recommendations as adopted by the IUCN Congress 2020 will be available at a later time here. Vote results are available here. Motions are proposed by IUCN Members every four years to set priorities for the work of IUCN.

The Members' Assembly is the highest decision-making body of IUCN. It brings together IUCN Members to debate and establish environmental policy, to approve the IUCN Programme and to elect the IUCN Council and President.

IUCN’s membership currently stands at 1,500 and includes 91 States, 212 governmental agencies, 1,213 NGOs, 23 Indigenous Peoples’ organisations and 52 affiliate members. The Union also comprises networks of over 18,000 experts worldwide from more than 160 countries. Resolutions and Recommendations on important conservation issues are adopted by this unique global environmental parliament of governments and NGOs, guiding IUCN’s policy and work programme and as well as influencing many other organisations around the world.

Major scientific announcements were released at the Congress, including the latest update of the IUCN Red List of Threatened Species™ which reported the recovery of key commercially fished tuna species as well as increasing threats from climate change to the Komodo dragon. IUCN also presented results of a study into the threats faced by Crop Wild Relatives, plant species that are closely related to important food crops and play an important role in future food security.

For a full list of press releases issued by IUCN at the IUCN Congress go here.

For a full list of speakers at the IUCN Congress please see here.