Neonicotinoid pesticides pose severe threats to ecosystems worldwide, according to an update to the world’s most comprehensive scientific review of the ecological impacts of systemic pesticides released by IUCN's Task Force on Systemic Pesticides (TFSP) this week. 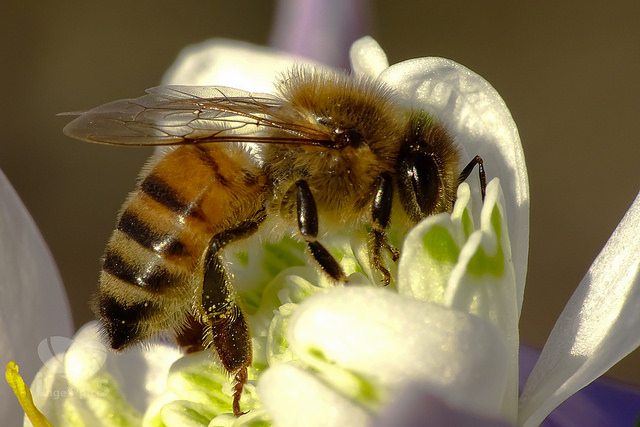 The second edition of the Worldwide Integrated Assessment of the Effects of Systemic Pesticides on Biodiversity and Ecosystems synthesises more than 500 studies since 2014, including some industry-sponsored studies. It was released by the TFSP, an international group of independent scientists convened by the International Union for Conservation of Nature.

The updated assessment confirms that neonics have major impacts and represent a worldwide threat to biodiversity, ecosystems and ecosystem services. The review also considered fipronil, a systemic pesticide used in Europe.

Neonics are toxic even at very low doses. They are water soluble and very persistent, i.e. do not readily degrade in soil, resulting in sustained and chronic exposure in terrestrial and aquatic environments. Extensive and routine application of neonics in agriculture is causing large-scale environmental contamination and a significant threat to biodiversity.

Neonics, which are linked to the steep decline of bees, also have the potential to contaminate our food systems. A closely related systemic pesticide, fipronil, is currently at the center of a growing food safety scandal in Europe after high levels of the toxic insecticide were detected in egg products sold in 15 EU states, plus Switzerland and Hong Kong. Millions of eggs have been recalled from shops and warehouses across Europe out of concerns that contaminated eggs pose a serious safety risk to consumers.

First introduced in the 1990s, neonics are now the most widely used insecticides in the world. Agricultural applications include seed treatments, soil treatments, foliar sprays and turf products. Neonics are also used in forestry, flea treatments for pets and domestic and commercial lawn-care products.

“Today’s findings reiterate the need to stop massive uses of systemic pesticides, including most urgently their prophylactic use in seed treatment,” said Jean-Marc Bonmatin, research scientist at France’s Centre National de la Recherche Scientifique and TFSP vice-chair. “The use of these pesticides runs contrary to environmentally sustainable agricultural practices. It provides no real benefit to farmers, decreases soil quality, hurts biodiversity and contaminates water, air and food. There is no longer any reason to continue down this path of destruction.”

“Only a tiny fraction of pesticide use serves its purpose to fight pests. Most simply contaminates the environment with extensive damage to non-target organisms,” said Faisal Moola, an adjunct professor of ecology at the University of Toronto.

In 2013, the European Union imposed a moratorium on certain uses of imidacloprid, clothianidin and thiamethoxam on bee-attractive crops, and is now considering a proposal to extend this moratorium. France’s new biodiversity law includes a provision to ban all neonics starting in September 2018.

“Overall, the global experiment with neonics is emerging as a clear example of pest-control failure,” Bonmatin said. “Governments around the world must follow the lead of countries like France to ban neonics and move toward sustainable, integrated pest management models, without delay.”

The TFSP’s 2017 update will be published in a forthcoming edition of the scientific journal Environmental Science and Pollution Research.

See here for more information on the Task Force on Systemic Pesticides.