Wave of concern about climate impacts on oceans

Eminent scientists and faith leaders came together at the UNFCCC COP22 in Marrakech to address the urgent climate crisis in our oceans. Dr Nigel Crawhall, IUCN CEESP Chair of the Specialist Group on Religion, Spirituality, Environmental Conservation and Climate Justice (Respecc), recounts the experience. 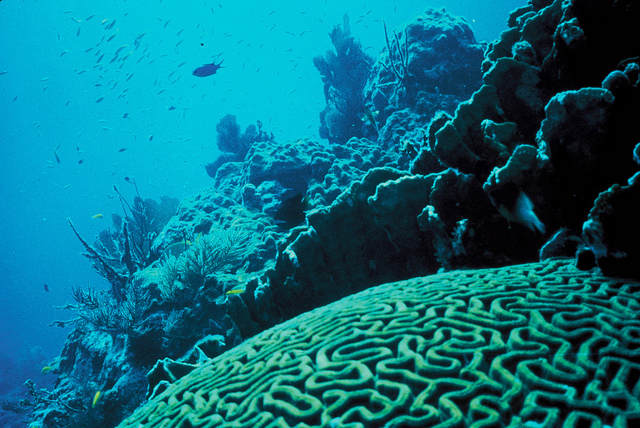 Photo: © US Fish and Wildlife Service Headquarters CC BY 2.0 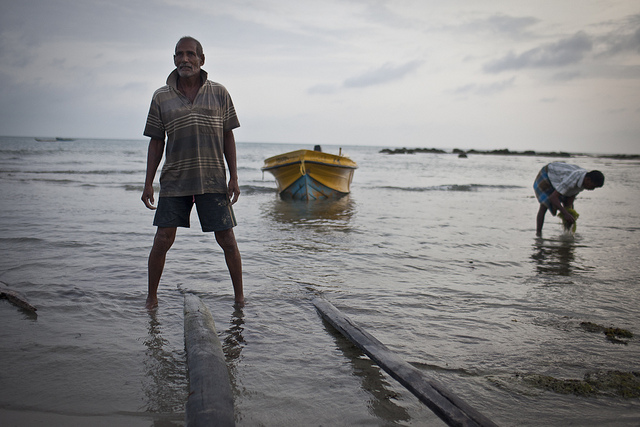 Like many island states, Sri Lanka is deeply impacted by ocean changes.

Dr Van Houtan was addressing a side-event of the UNFCCC COP22 in Marrakech on oceans as an ecosystem which will determine the fate of the planet as a result of our human-driven greenhouse gas emissions. He was part of an unusual panel composed of scientists and faith-leaders, brought together by Frederick Kruger of Interfaith Oceans campaign and the National Religious Coalition on Creation Care.

Dr Van Houtan set out some of the issues for UNFCCC and the Intergovernmental Panel on Climate Change (IPCC), which he believes have underestimated the role of oceans in climate change. He noted that new research shows that between 50 – 85% of atmospheric oxygen is coming from the oceans, making their role even more important than that of tropical rainforests. Further, while attention has been going into the vulnerability and impacts on terrestrial mammals, the likelihood of marine life surviving climate instability is much more precarious.

Dr Charles F. Kennel, Director of the Scripps Institution of Oceangraphy, and Dr Richard Miller II of Creighton University, Nebraska, shared their experiences of the difficulty of trying to get policy makers to understand the centrality of oceans to the global climate system. As scientists and policy makers now begin to get to grips with the data, the scale of the problem is so vast it is overwhelming.

Dr Miller picked up the theme of the role of religious leaders. With the publication of Laudato Si, millions of Christians are becoming aware of how serious the climate crisis is becoming. It is difficult for policy makers to grapple with the magnitude of the oceanic climate crisis. Oceans help slow and modify climate instability but they do not have an ‘off’ button. Ocean changes occur in geological timeframes, meaning that long after the CO2 was released into the atmosphere the oceans are still processing the chemical results. In some cases, we can anticipate a thousand year cycle to get current CO2 out of the atmosphere and through the ocean systems.

Dr Miller noted that religious leaders play a unique role in helping policy makers and the public deal with catastrophic scientific projections. The scale of the bad news about ocean heating, acidification and biodiversity collapse can leave people paralysed. Religious leaders are experienced with dealing with human trauma and fear of our mortality; they can help humans find agency when the mind is unable to process the scale of the impacts.

Mark Bryant of the Islamic Foundation for Ecology and Environmental Sciences (IFEES / EcoIslam), UK, emphasised that religious leaders need to act locally, giving the example of his foundation’s work with imams in Zanzibar, Tanzania. Local people have been using dynamite for fishing, accelerating reef destruction and destroying fish breeding capacity. The community is making itself rapidly poorer. The imams are studying Qur’anic teachings on conservation, stewardship and how each species is a sign of God’s presence. They in turn are working with local people through preaching and dialogue to bring about behaviour change that draws on local values and peer pressure.

Another example can be found in Sri Lanka which, like many island states, is deeply impacted by ocean changes and highly reliant on artisanal fishing. Dialogue between religious leaders, fishing and farming communities there concluded that coastal communities were experiencing reef loss, collapsing fish-stocks, coastal erosion and rising salt, prompting many people to migrate to the cities. At the same time, fishing community members have practical adaptation strategies which need to be fed into national policy and understanding. For example, local people note how fish seem to survive in lagoons where the water is less saline, but lagoons are being targeted for tourism development, thus putting food security and biodiversity at risk.

Adaptation requires a joint terrestrial, coastal and oceans approach – conserving nature and ecosystems – while involving local communities directly in conservation and decision-making. In most countries, religious networks provide the main system of social cohesion and cooperation. Religious leaders are indispensable as agents of information, behavioural influence and guidance for appropriate adaptation decisions.

The speakers called for greater cooperation between ocean science and religion, acting for local change and policy level understanding of ocean climate systems and marine vulnerability.

An introduction to the science of acidification can be found here.