Thailand, the world’s largest exporter of seahorses, decided on Friday to end seahorse exports until it can address the threats they pose to wild populations. The decision followed 22 years of work on the issue by IUCN SSC’s Seahorse, Pipefish and Stickleback Specialist Group (SSC SPS SG), and was announced just before the ongoing 17th meeting of the Conference of the Parties to the Convention on International Trade in Endangered Species (CITES) in Johannesburg, South Africa. 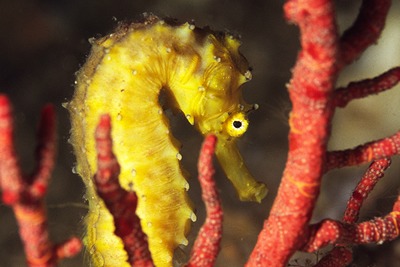 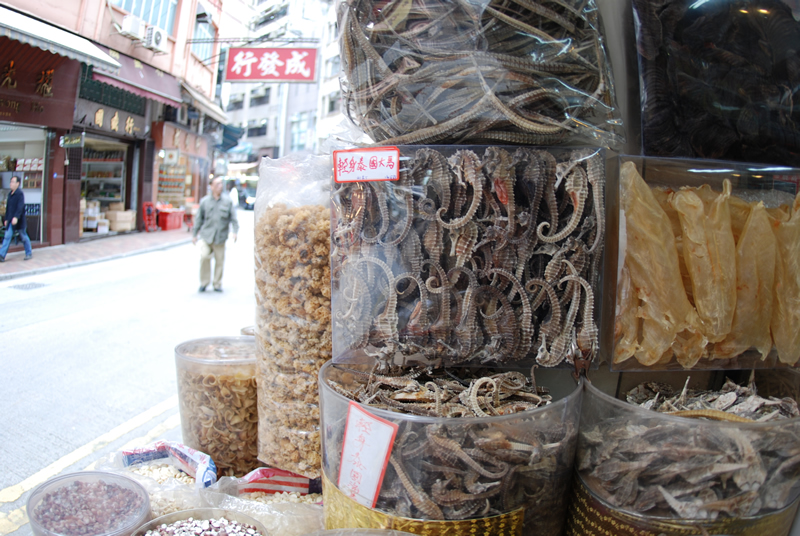 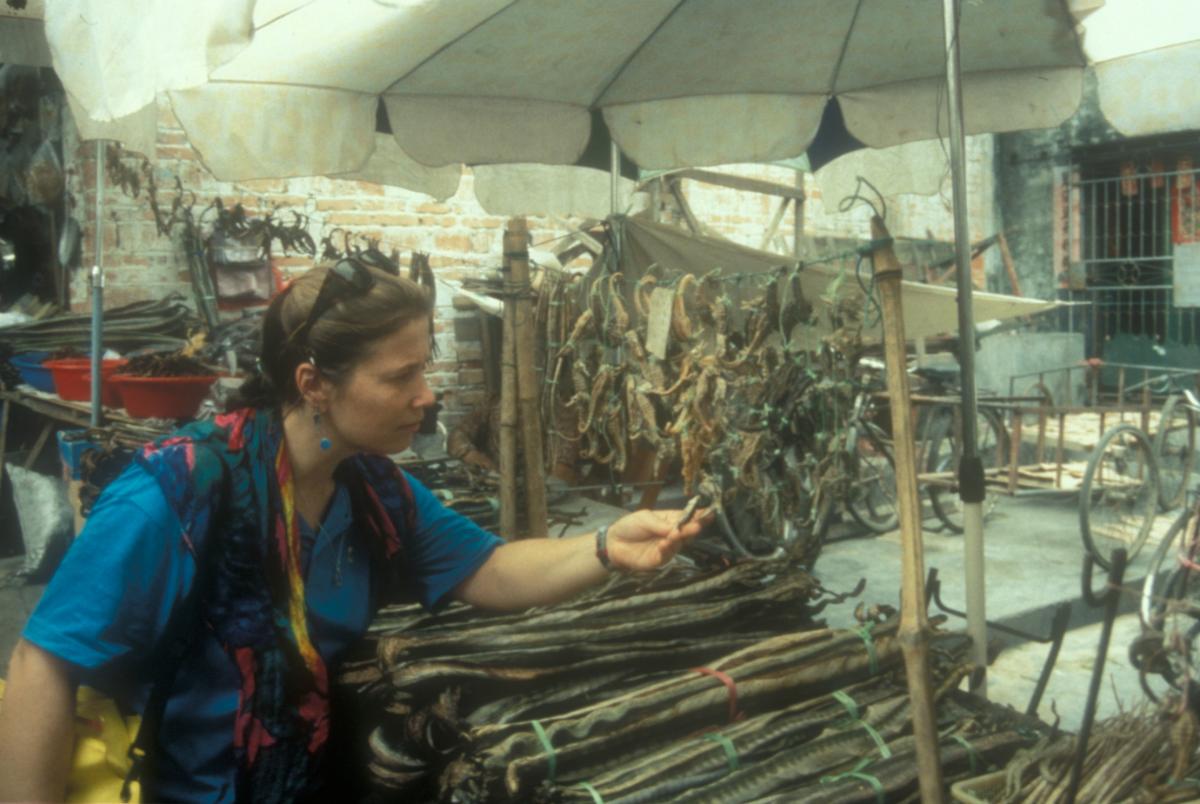 Amanda Vincent discovering the extent of the seahorse trade 20 years ago in Behai, China.

Project Seahorse*, which acts as the IUCN SSC SPS SG, first discovered the nature and scale of the seahorse trade in Thailand and generated CITES’ global restrictions on trade in seahorse species in 2002, ultimately leading to Thailand’s decision to suspend trade.

“Our team is glad to have played a major role in assisting Thailand to tackle this important conservation issue head on.  We’re also eager to help move Thailand’s fisheries and exports of seahorses towards sustainability,” said Prof. Amanda Vincent, Chair of the IUCN SSC SPS SG and Director of Project Seahorse.

At the request of CITES, the IUCN SSC SPS SG had worked with Thailand’s Department of Fisheries on tools and approaches for export management, and was granted a national research permit to study Thailand’s seahorse populations, fisheries and trades. The group then shared its findings with the government of Thailand to help it progress on trade regulation.

The trade suspension means that the country will stop exporting seahorses for several years, but may one day return to international trade in seahorses.

“Sustainable use offers more potential for long-term conservation than blanket bans,” Prof. Vincent explained.  “Buy-in from the people who depend on a resource is vital to engender compliance with regulations.”

Thailand has so far exported dried seahorses sourced in the wild, almost all of which are used in traditional Chinese medicine.

The country is the source of more than three-quarters of the seahorses in international trade each year.  Official CITES data show that Thailand has exported about 5 million dried seahorses per year since 2004, although Project Seahorse trade surveys indicate that the number is likely to be much higher. Thai fishers capture the great majority of seahorses by accident in non-selective fishing gear such as bottom trawls, which scrape the ocean floor, taking everything in their path, and gillnets.  Such capture will not be ended by an export suspension.

While welcoming the trade suspension, Prof. Vincent warned that persistent threats to seahorses, including bottom trawling and the degradation of their inshore marine habitats, will need to be addressed with effective protection of large areas of the ocean.  She added that Thailand will need to pay attention to the possibility of illegal trade, given that capture will continue.

* Project Seahorse, a conservation partnership between the University of British Columbia, Canada, and the Zoological Society of London, acts as the SSC SPS SG.