The Lésio-Louna Reserve, also known as Réserve Naturelle des Gorilles de Lésio Louna, was developed by a partnership between the Republic of Congo and UK registered charity The Aspinall Foundation. The area was established as a gorilla sanctuary by a decree in 1999, which was repealed and replaced in 2009 by a new decree creating the Réserve Naturelle des Gorilles de Lésio Louna in its current form. It is managed by a collaboration between The Aspinall Foundation and the Ministry of Forest Economy. 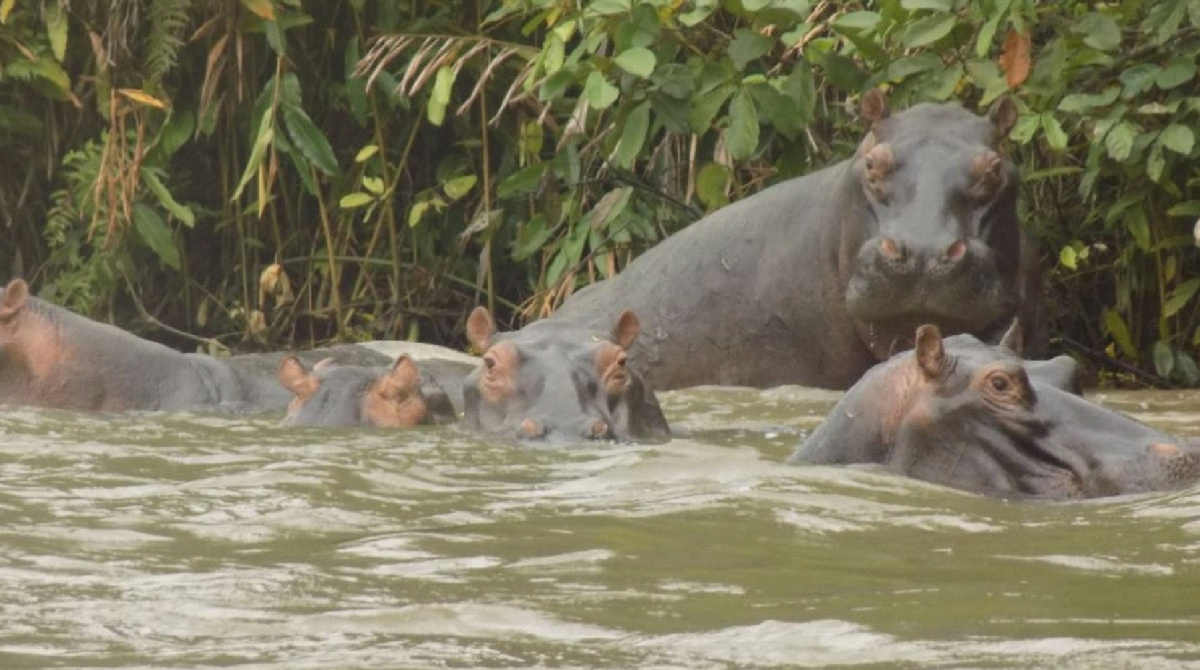 A family of hippos enjoy the Louna River. They are just one of the species that inhabit the Lésio-Louna Reserve. 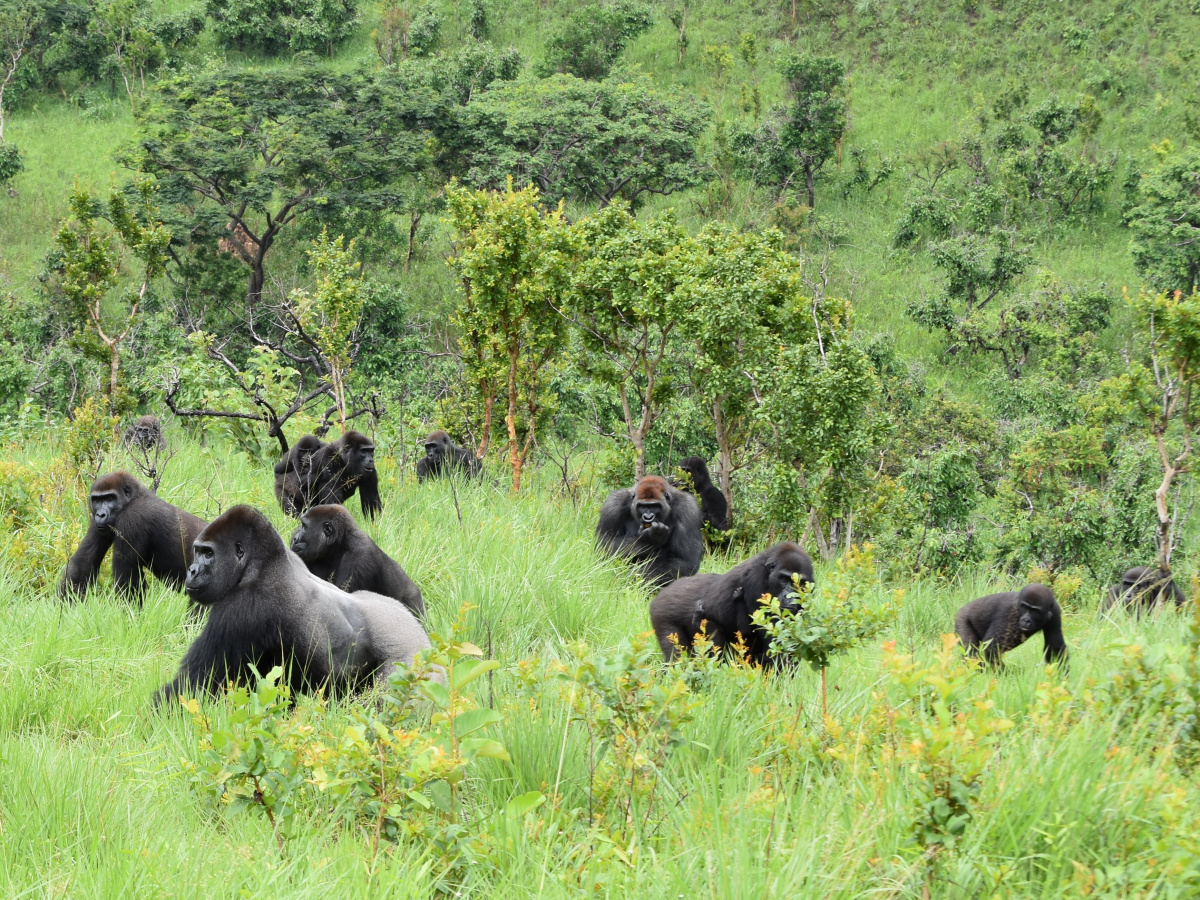 Improvements to the eco-tourism product made possible through the BIOPAMA Programme. 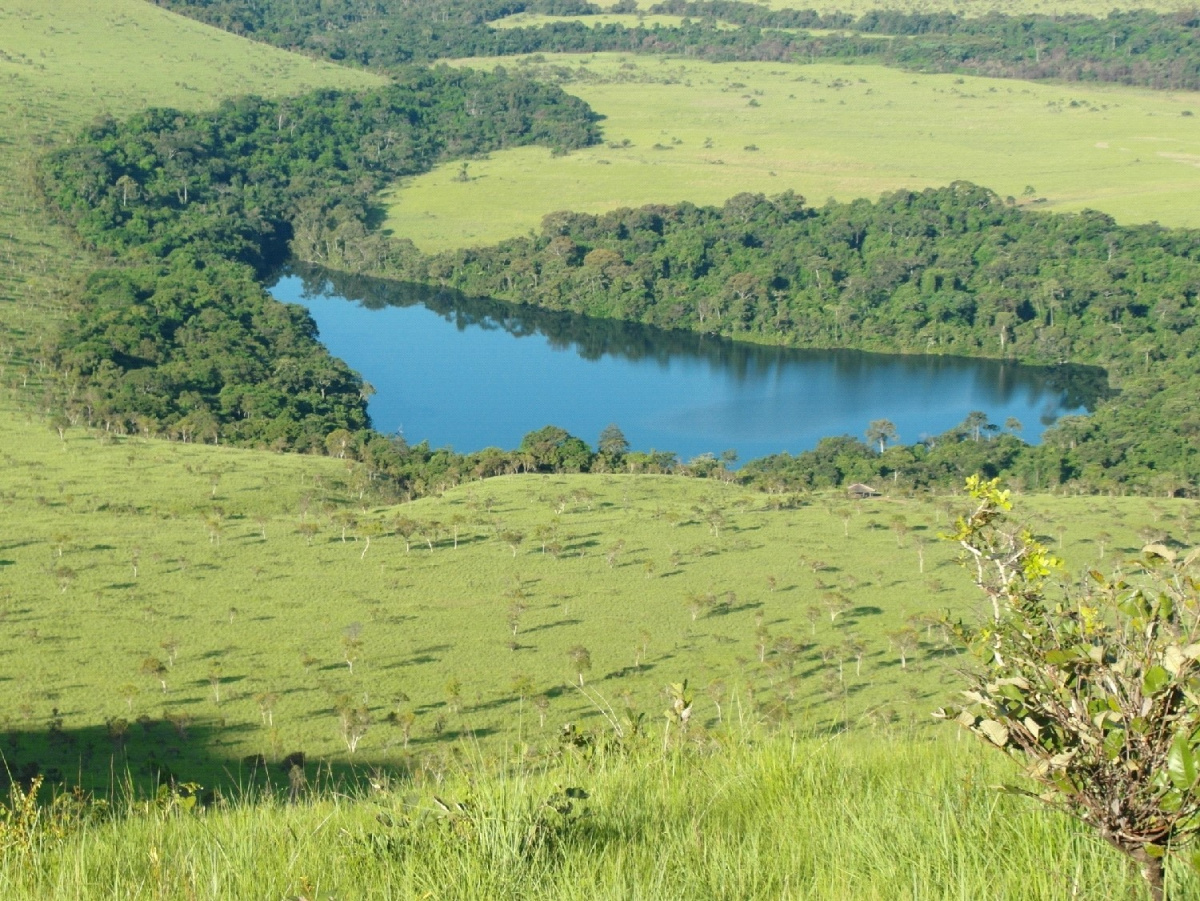 Lac Bleu - a place of legends 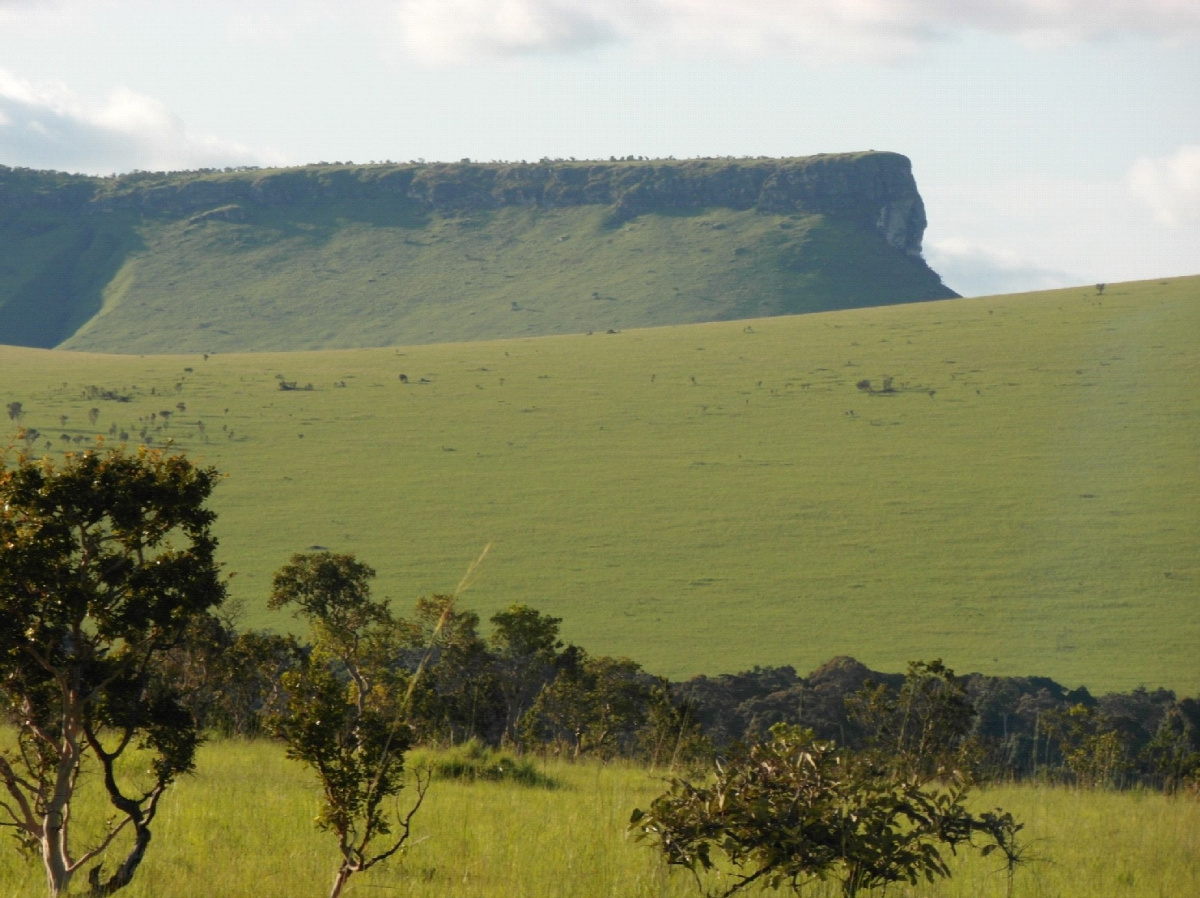 The beautiful landscape of the Lésio-Louna Reserve

Vital new equipment for anti-poaching and bio-monitoring through the BIOPAMA programme.

The location provides a beautiful and wonderfully diverse landscape situated within the central Batéké Plateau region about 150 km north of Brazzaville. It includes the once adjacent southern portion of the Léfini Faunal Reserve, and covers an area of approximately 173,000 hectares. Lésio-Louna benefits from a variety of habitats. Just over two-thirds of the area is a mixture of non-wooded or lightly wooded grasslands. The dramatic escarpments and cliffs bordering the east of the reserve support dry mixed forest, whilst the rivers and waterways that cross the land are surrounded by gallery and swamp forest. This incredible variety of habitats provides the perfect environment for both savannah and forest animals. With the reintroduction of Critically Endangered western lowland gorillas and subsequent protection of the area, other species have increased such as hippopotamus, red river hog, forest buffalo, and several types of duiker, as well as a significant number of birds, some rarely seen like the black-headed bee-eater, and others regular visitors, like Abdim's storks as they pass through during their annual migration.

The land is of cultural significance to local people and the Blue Lake is the focus of one the most notable legends. At the end of four kilometres of grassy road, passable by all-terrain vehicle, appears a grassy plateau certainly mowed by giants. Nestled between mountains and surrounded by a gallery forest, this beautiful setting is blessed with a crystal-clear lake. It is said to be a mirror that fell from the sky at the hands of a celestial creature in love with her own beauty. Since then, she has been afraid to come down and look for her mirror as she fears that the earthly creatures will keep her captive because of her angelic nature. Thus, when the sky is reflected in these waters, so too the angel is reflected and the lake becomes azure, hence its name of Lac Bleu.

Around 17,000 people live in rural communities surrounding the reserve. The land they inhabit is important to them for both cultural and practical reasons, their subsistence lifestyles often at conflict with the conservation of native flora and fauna.  Most are farmers, and a variety of anthropic pressures on natural resources impact heavily on the ecosystem of the area, including within the reserve. Primarily such pressure comes from illegal logging for charcoal and fire-wood, market gardening, poaching and fishing. Bush fires are also a problem as the savannah in and around the reserve is burned regularly by local people, the fires at risk of spreading into forest patches. To help reduce the pressures that threaten the natural habitat and the wildlife within Lésio-Louna a range of community projects have been developed and managed by The Aspinall Foundation over the past ten years. Whilst anti-poaching patrols and monitoring to prevent unauthorised activities within the reserve remain a necessity it requires capacity building projects, awareness-raising, and a transition to more sustainable lifestyles for the local people too, as they are crucial to long-term sustainability and protection of the natural habitat with its diverse wildlife.

The most significant conservation success for the reserve has been the reintroduction of Critically Endangered western lowland gorillas, previously hunted to extinction in the area. Through the Gorilla Protection Project, The Aspinall Foundation has raised orphaned gorillas and, when old enough, returned them to live in the wild. In addition UK-bred gorillas have been repatriated to Congo for release into the reserve. The result has seen breeding groups develop and currently the largest troop is formed of more than 30 gorillas headed by a silverback who came to the project as an orphan of the bush-meat trade in 1993, at that time he was less than two years old.

The support of the European Union and the Organisation of African, Caribbean and Pacific States through the BIOPAMA Programme, is enabling us to build on what we have achieved so far. It is particularly important as it provides assistance for two priority actions within our programme of activities.

Through the acquisition of logistical equipment and investment in new technology, we can increase the protection of the gorillas and the overall ecosystem of the reserve. These valuable resources enable our team to conduct wider patrols and record both unauthorised activities and bio-monitoring information in a timely and efficient manner. The result will not only be a higher level of protection for the reserve, but also the provision of valuable data to enable more effective planning of conservation strategies for the future.

The BIOPAMA Programme is also supporting our development of an eco-tourism product that will see increasing numbers of visitors able to enjoy the beautiful landscape and stunning wildlife of Lésio-Louna in a controlled and ecologically sound manner. At the edge of a gallery forest, within the reserve, lies the Iboubikro site. Located on the banks of the Lésio River with its lush vegetation, the site and its accommodation is approached via a submerged footbridge.  From this base experienced eco-guards accompany guests on excursions, including trips along the river to see some of the gorillas living on habituation islands during the reintegration phase, and prior to their release into the wider reserve. The assistance provided via the BIOPAMA programme has enabled us to upgrade the solar energy system for the site as well as increase our capacity to carry out river excursions.

By continuing this dual approach of protection and monitoring combined with support for local communities there is the opportunity to retain and improve the flora and fauna of valuable ecosystems under pressure such as the Lésio-Louna Reserve.  These are undoubtedly precious wildlife areas which would otherwise inevitably be lost.