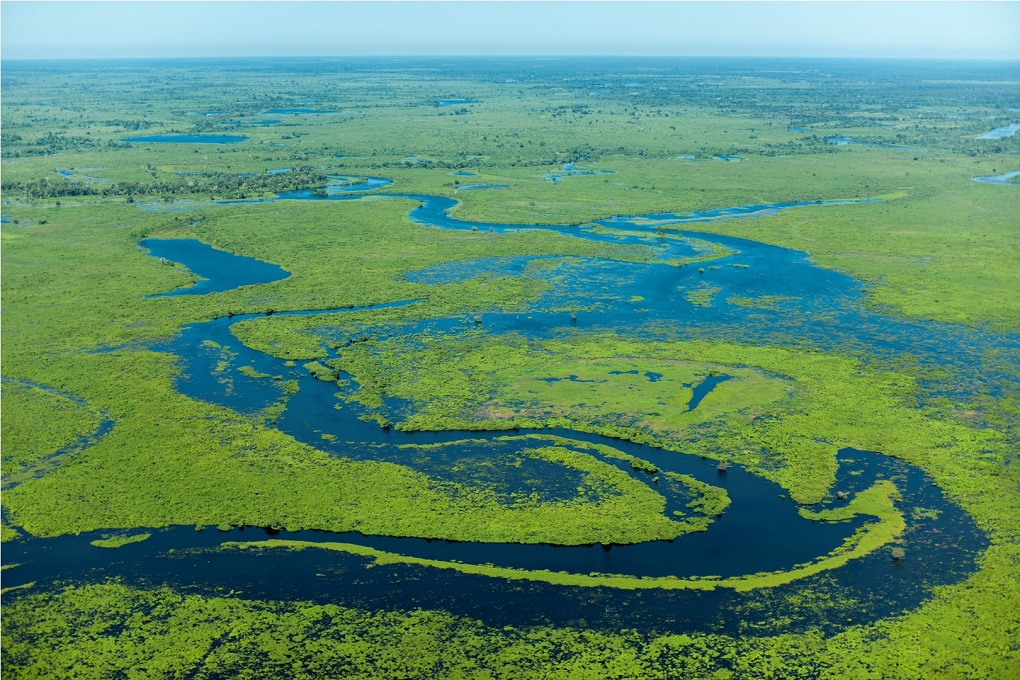 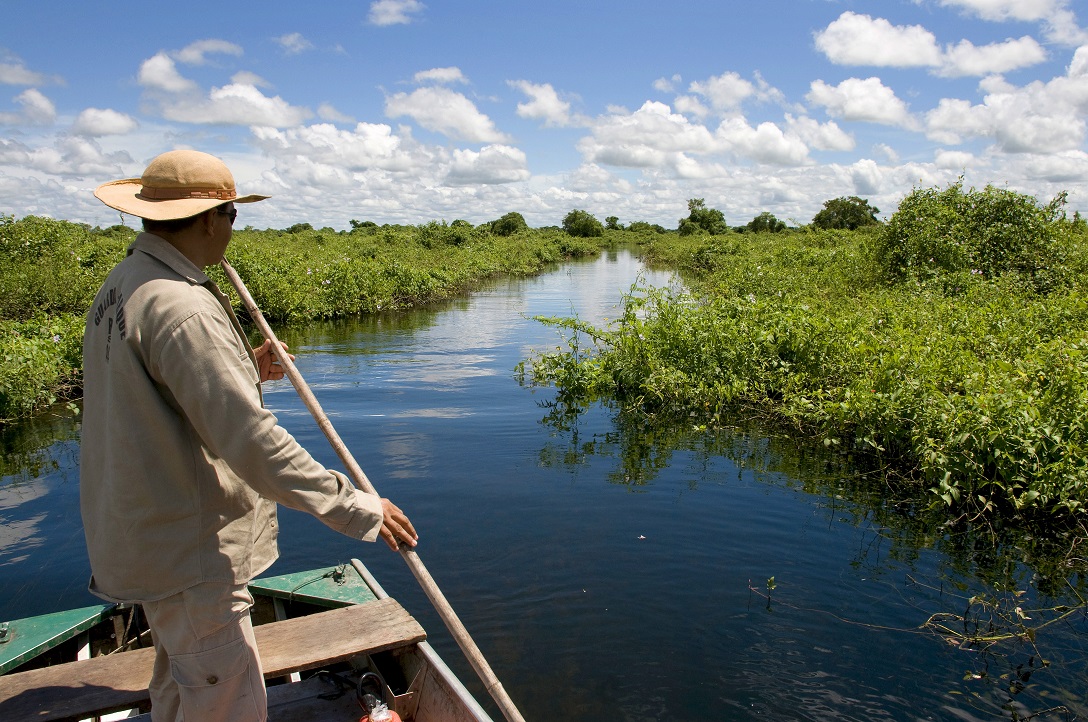 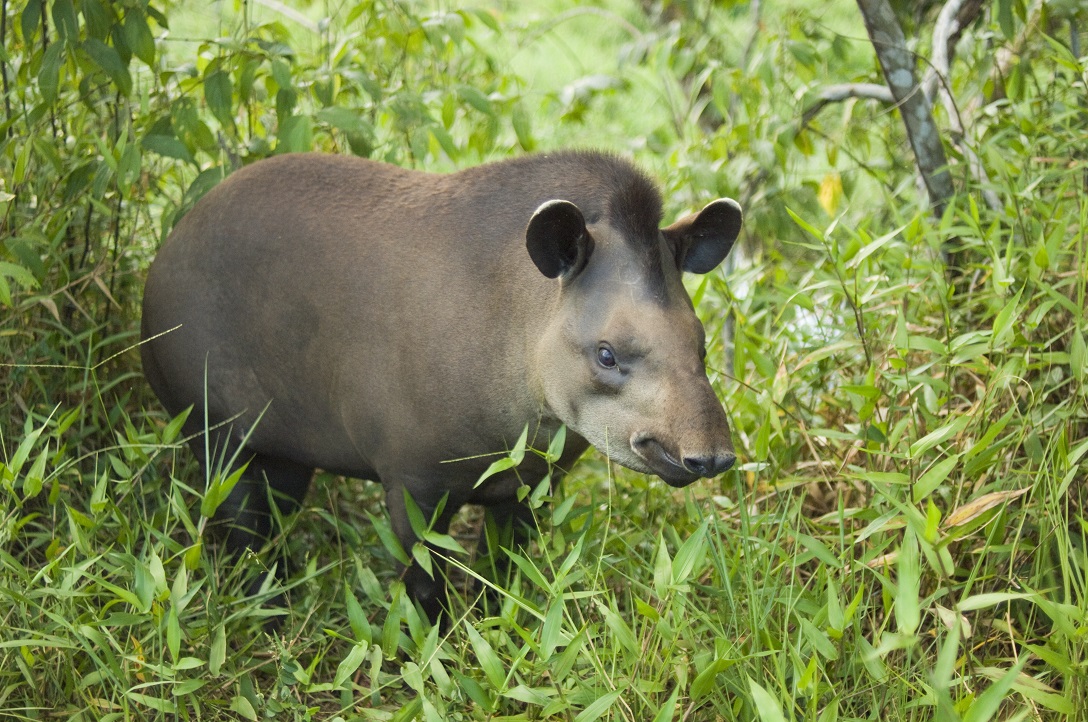 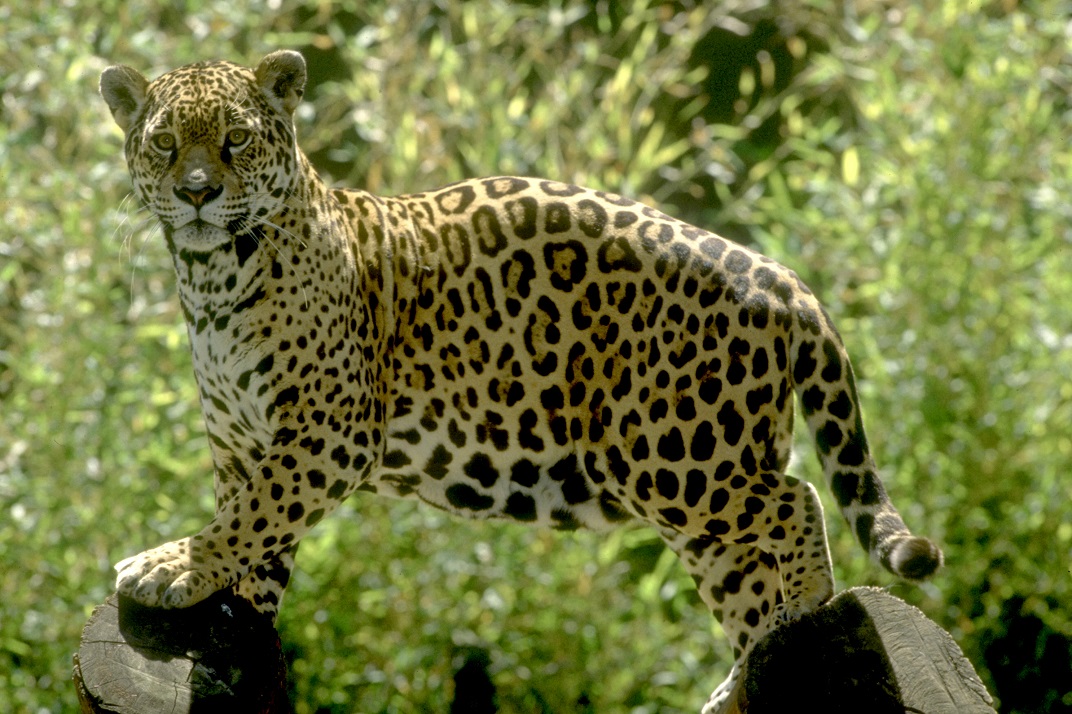 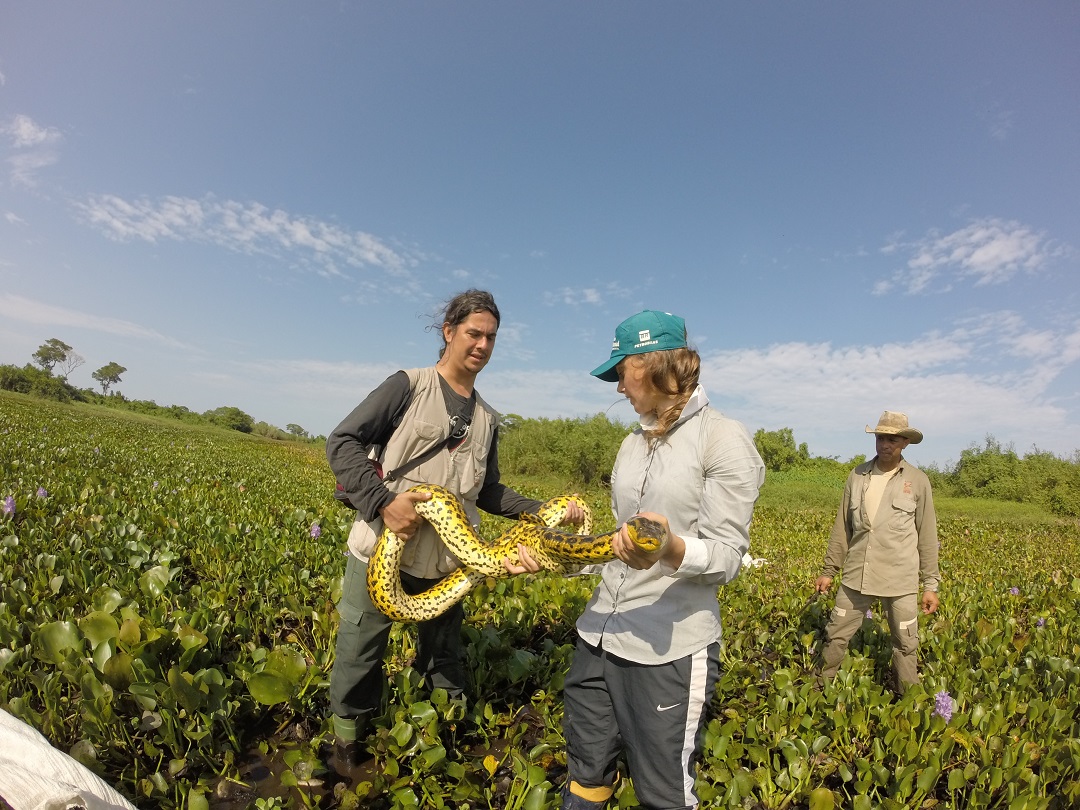 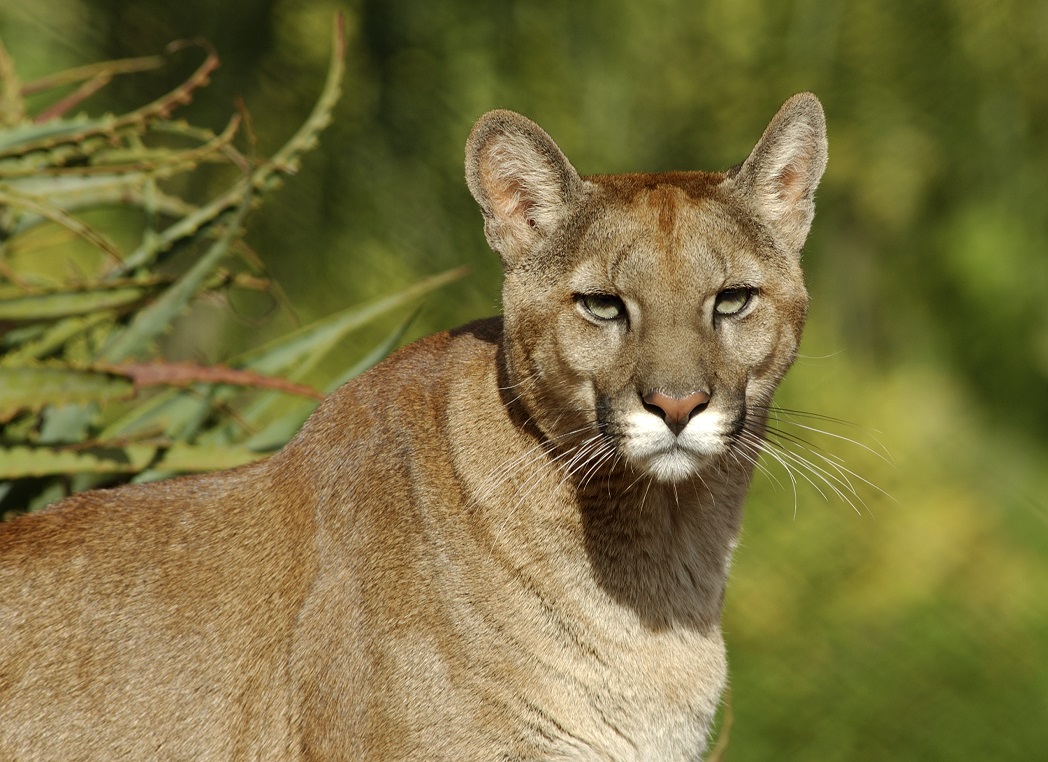 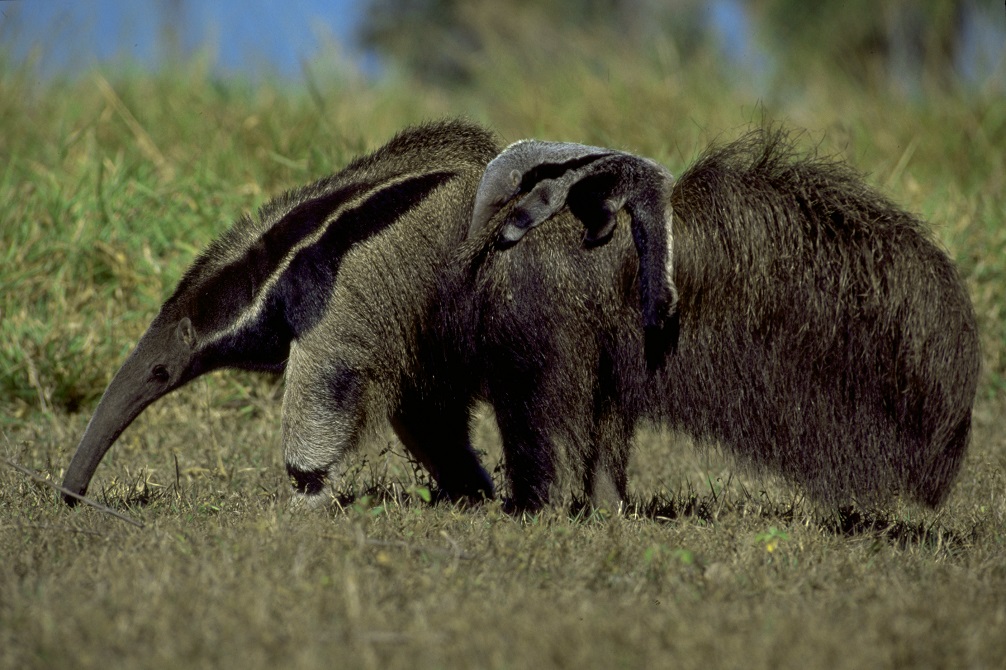 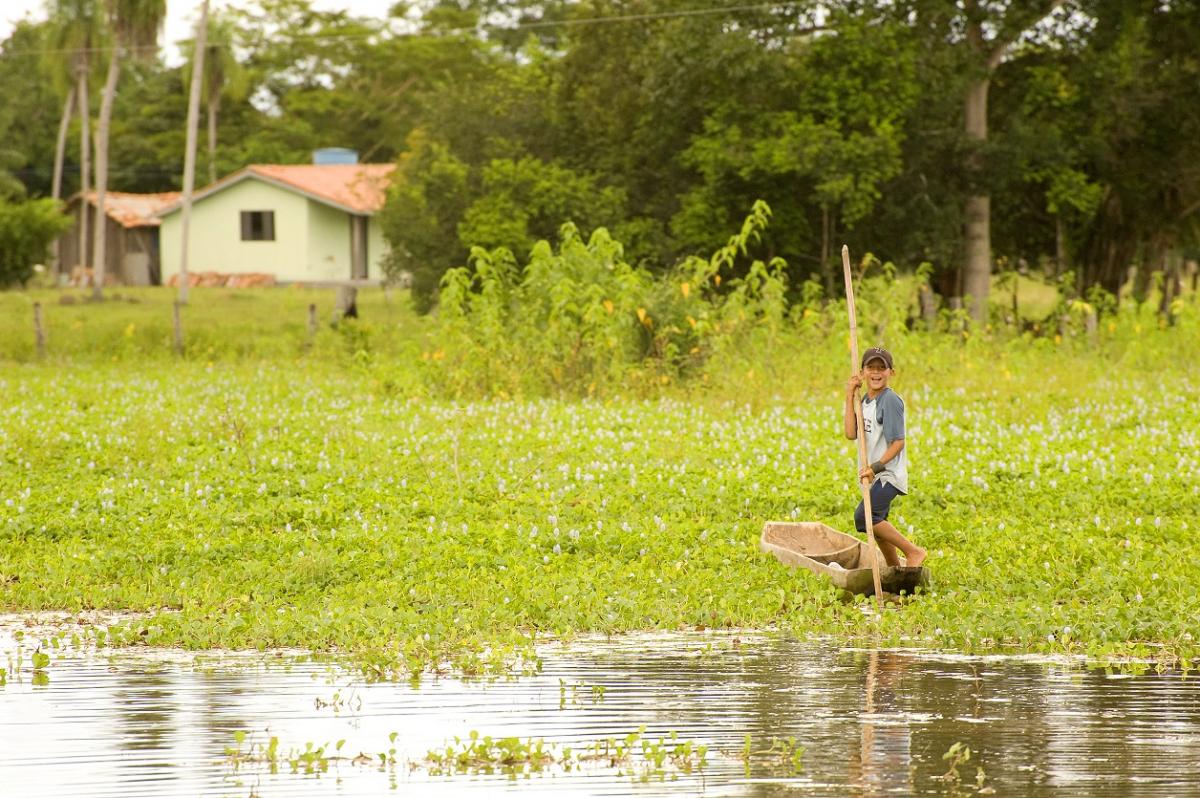 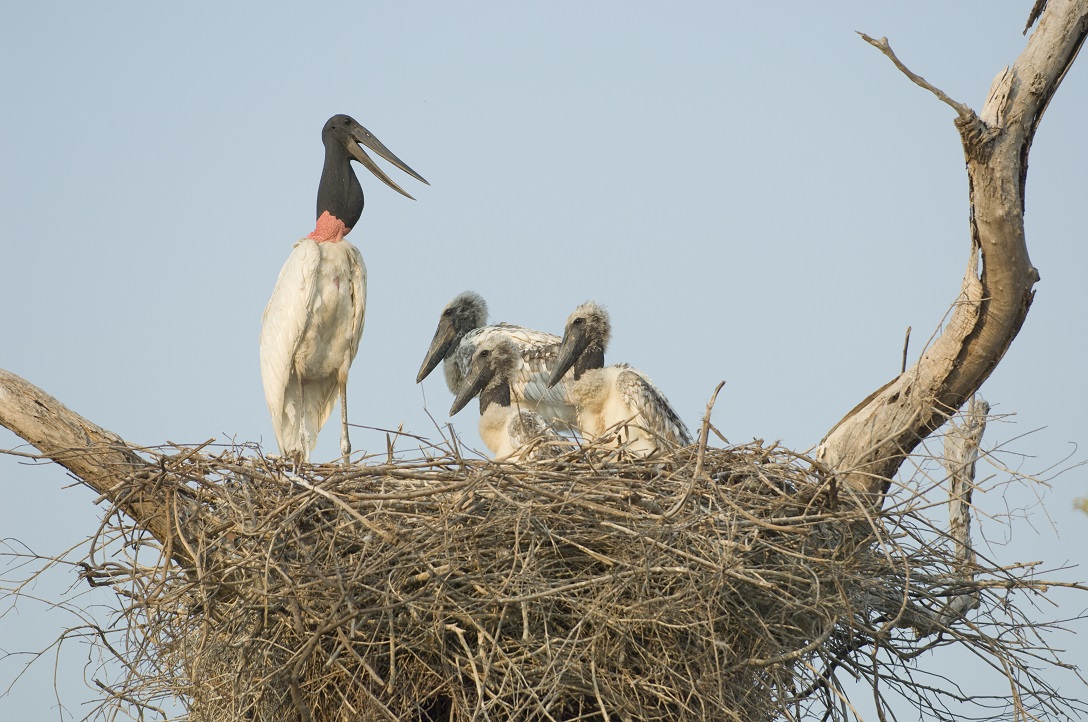 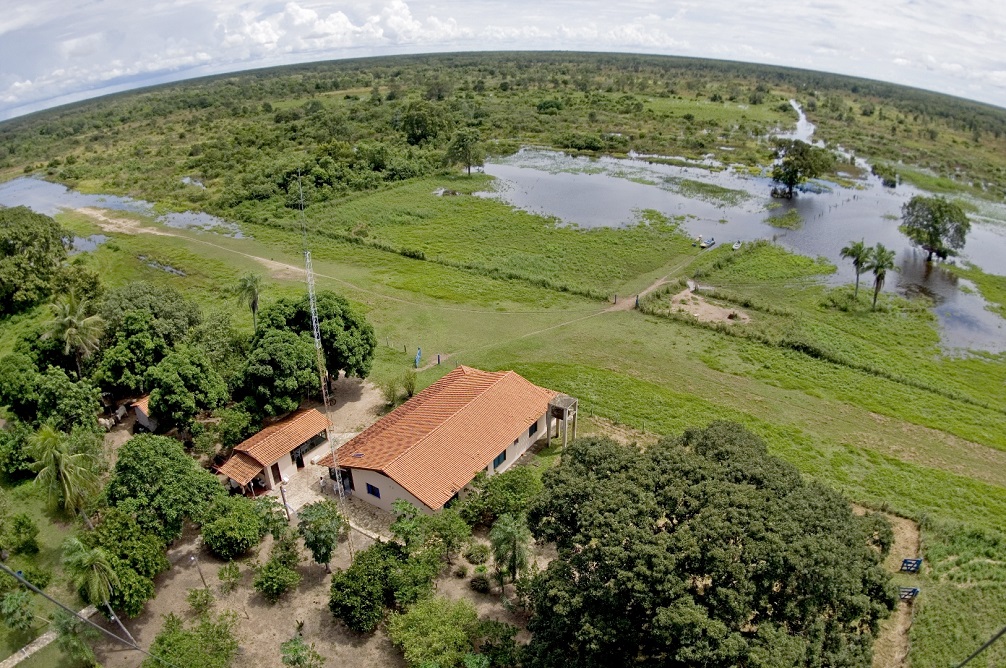 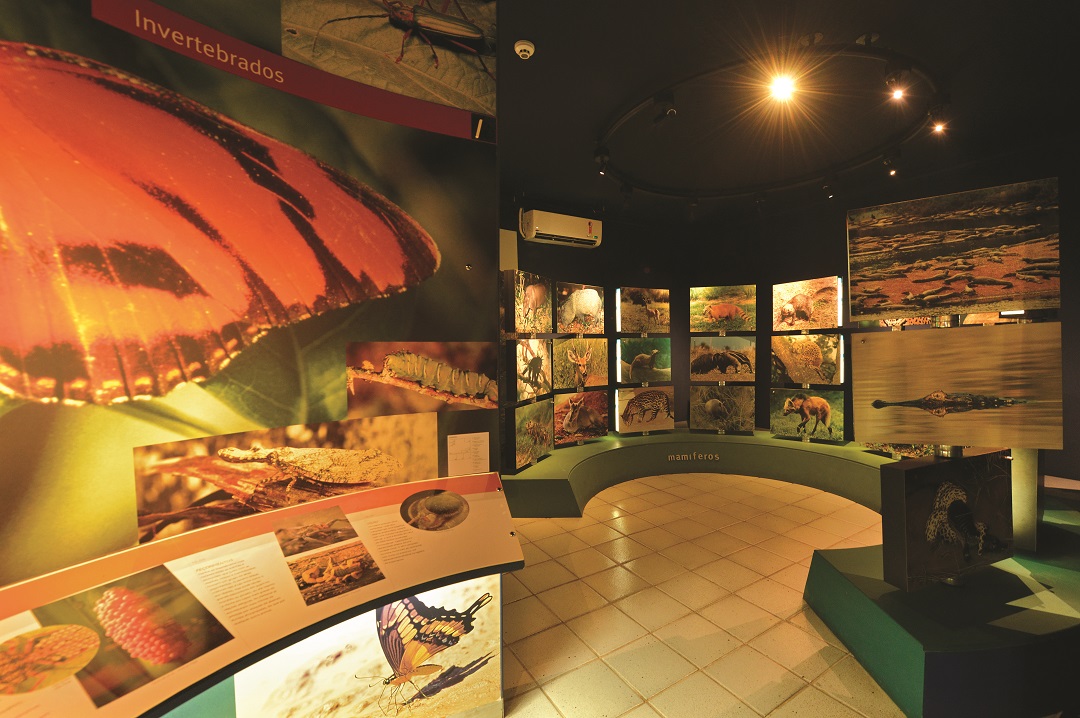 The Pantanal is a land of superlatives. The largest tropical wetland in the world. A biodiversity hotspot. Home to South America’s “Big Five”: Jaguar, Giant Anteater, Giant River Otter, Maned Wolf & Brazilian Tapir. Not to mention the Pantaneira culture, shaped by an unforgiving landscape. What the floodplain landscape lacks in elevation it holds in wonder.

An annual flood and dry cycle is the life pulse of this extraordinary area of 17 million hectares in Brazil, Bolivia and Paraguay. The area, 10 times the size of the Everglades, is an enormous depression draining slowly to the Paraguay River. Though much of the Pantanal is remote and difficult to access, it is threatened by deforestation (more than 40% of forest and savanna habitats have been converted to cattle ranches); disruption of water flows due to large infrastructure projects within the wetlands and general development upstream; and pollution, primarily from pesticide application upstream.

Only 4.6% of the Brazilian Pantanal is formally protected, and management capacity in many of those areas is stretched thin. Enter the Social Service of Commerce (Sesc), a private social corporation providing educational, recreation and health services to Brazil’s workers. For its first 50 years, Sesc focused on urban areas but, inspired by the first Rio Earth Summit in 1992, they embarked on a social-environment program.

Sesc purchased a number of contiguous cattle ranches, or fazendas, restoring nature across 108,000 ha, representing 2% of the Pantanal in the state of Mato Grosso. The Private Natural Heritage Reserve (RPPN from its acronym in Portuguese) has thus far documented more than 350 bird species, 189 plant species, 157 fish, 23 amphibians, and 83 mammals, including all of South America’s “big five”.

In the 20 years since the fazendas were purchased and allowed to go fallow, natural regeneration has restored habitats across the reserve to a near-natural state. Research is underway to document the changes. Sesc Pantanal has hosted 170 researchers on 65 projects. Current research includes migratory shorebird routes; the role of fish in certain plant distributions; climate monitoring with the National Institute of Space Research (INPE); and ecology of the jaguar, Panthera onca, yellow anaconda, Eunectes notaeus, and caiman, Caiman yacare. 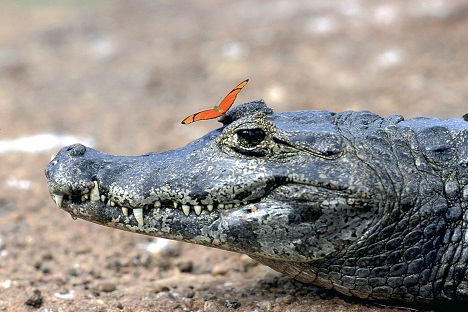 Photo: Haroldo Palo Jr
One success story is that of the Hyacinth macaw, Anodorhynchus hyacinthinus, the largest of the parrot species. Recently upgraded on IUCN's Red List to "vulnerable," there were only 18 individuals on the property when RPPN Sesc Pantanal was created 20 years ago. Today the population numbers 450 and trends indicate the population will continue to increase.

Sesc Pantanal was recognized as a Wetland of International Importance under the Ramsar Convention in 2002. The reserve manager serves as a national focal point for the 25 Ramsar sites in Brazil. Two others are in the Pantanal, including another RPPN, Fazenda Rio Negro in Mato Grosso do Sul.

RPPN Sesc Pantanal employs 11 rangers and 10 assistants, plus a reserve manager, Dr. Cristina Cuiabália Neves, and 5 staff at an education center and butterfly house. The hotel provides additional interpretive services to guests, as well as equipment. Sesc maintains seven field stations distributed across the reserve, former ranch buildings retrofitted for monitoring and research needs. Each has an airstrip to facilitate access, a fire tower, and fire suppression equipment. (Threats to the reserve include fire in the dry season, predatory fishing, disruption of water sources upstream, and some narco-trafficking. Poaching is limited because most of the reserve is not easily accessible, and rangers are not armed.) This staff capacity stands in contrast to Pantanal National Park, which is about the same size but has only three staff and two boats. The comparison is not entirely fair, however, as the national park is deeper in to the Pantanal and even less accessible than the RPPN. 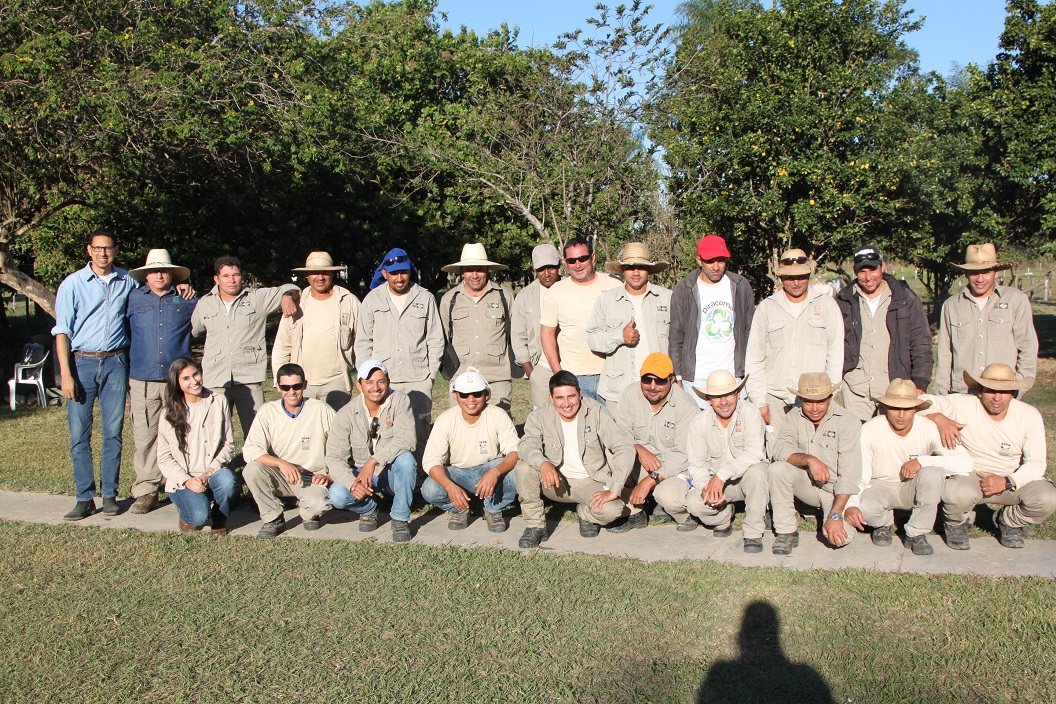 Though private, management of the RPPN is regulated by the Chico Mendes Institute for Biodiversity Conservation (ICMBio). The reserve maintains an advisory council of 10 institutions (mostly government but including WWF) plus three individual research scientists.

The reserve is one of five units of Sesc Pantanal in this region of Mato Grosso state—others are the Hotel Sesc Porto Cercado; two smaller parks; and a more traditional service center in Poconé—all overseen by an administrative office in the state capital of Cuiabá. This structure is significant to the sustainability of reserve management.

The owner of the RPPN, Sesc, is an interesting institution with a unique financing mechanism. The Serviço Social do Comércio (Social Service of Commerce) was created by retail businessmen in the 1940s. It is the largest arts organization in Brazil, and also provides recreational, health and educational services. Though a private, nonprofit entity it is established by national decree and is funded by a 1.5 percent payroll tax. This funding stream complements profit from the hotel to cover management costs of this large reserve.

Sesc operates across the country, but primarily in urban areas. Sesc Pantanal is its largest enterprise in a rural area. As touted in one of their publications, with the RPPN in the Pantanal, “Sesc has gone country.” The RPPN is also their national socio-environmental hub.

Sesc Pantanal supports local livelihoods. All of the park rangers are local, most from a village just north of the reserve. They work twelve days on and four off. In the rainy season their commute is four hours or more by horseback. Sesc also operates a 400-guest hotel, spa and conference center adjacent to the reserve; it’s staff commute from the nearest town, Poconé. The hotel includes an education center and a butterfly house. Local people in Poconé are given butterfly eggs to rear and then paid for pupae to populate the lepidopterarium.